WHY DO WE CELEBRATE OUR AGE? 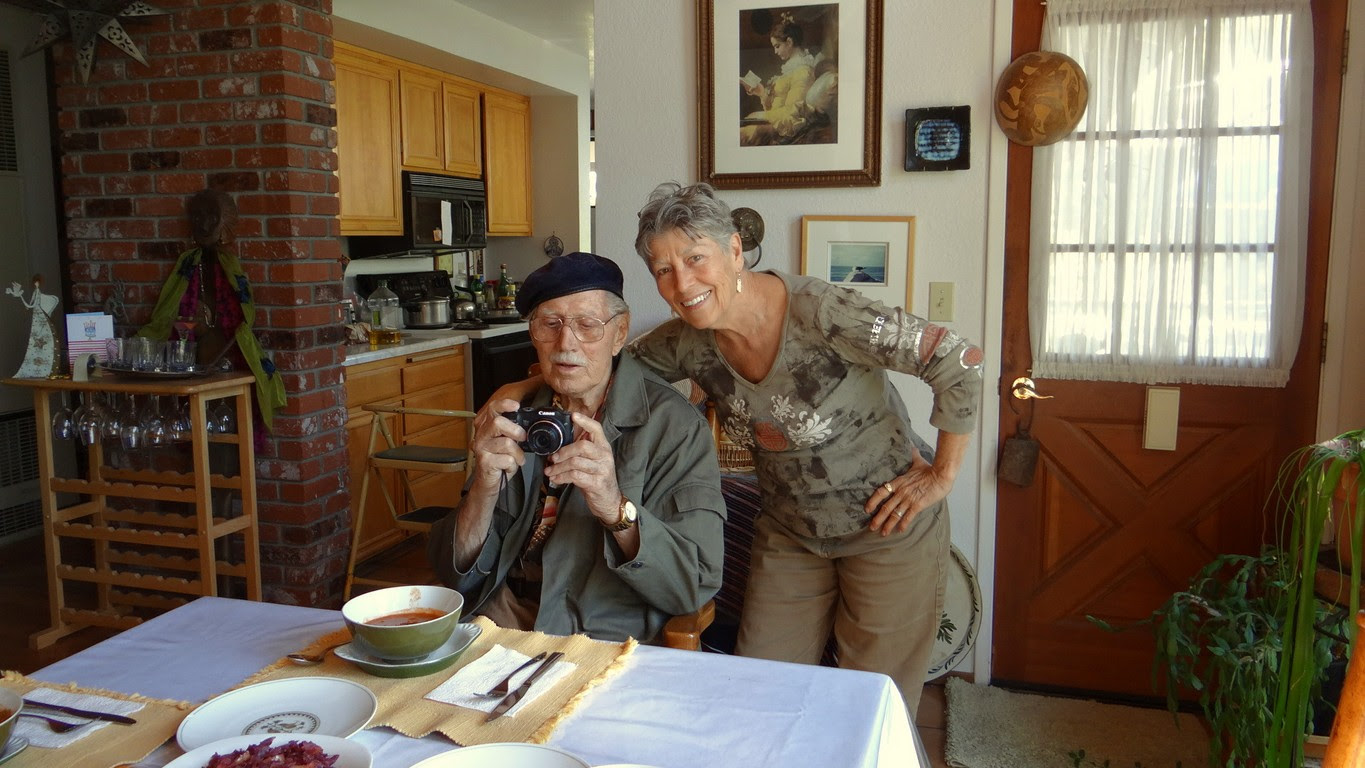 In 1982, when I first met Paul Moeller, I gave him a cat my daughter hauled home from a goat show. He didn't want to take the cat without his wife seeing it first, but he did. Then he kept me informed and sent pictures of the cat's antics for the rest of its life. He lost his wife two years ago, and at lunch yesterday, he told me, "I reach for Martha's hand each morning before I'm fully awake. But our cat likes to sleep where she slept and I touch fur instead. It comforts me."

In 1983, he talked me into joining a Public Access group. Happiness for Paul is producing video of what goes on in the community. He loves to find raw talent, put a camera in someones hands and send them out to do video with minimal instruction. Learning comes later. I reluctantly at first, and then enthusiastically helped him produce around 80 videos. Paul has done thousands, so my part was very small. 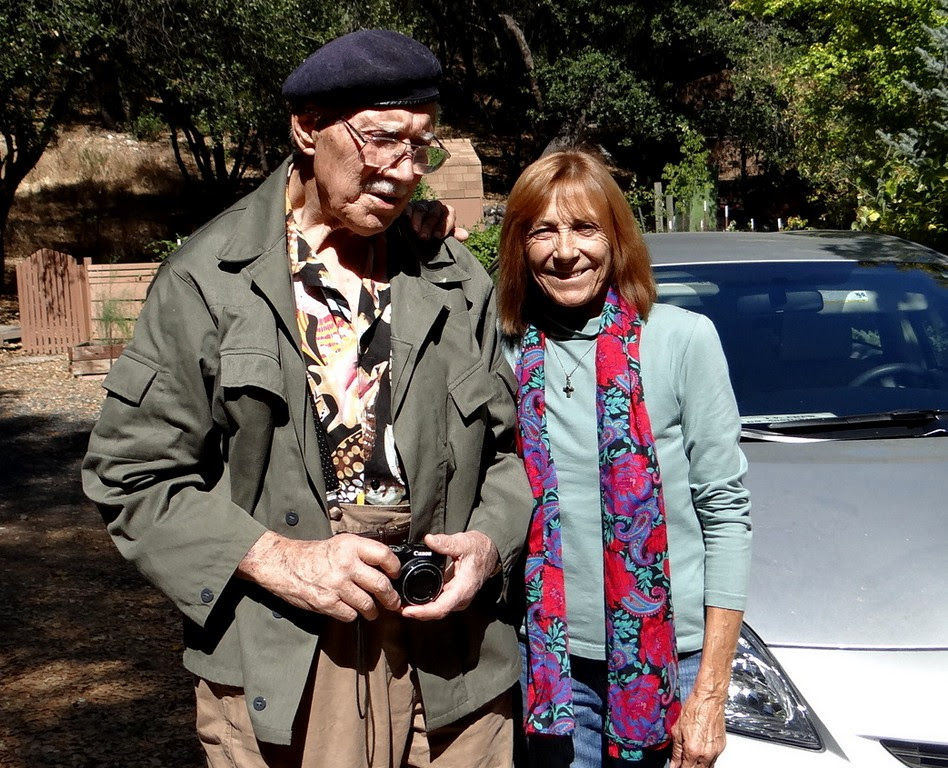 Paul has suffered a stroke, a car accident, a broken femur and he can no longer drive. He is still happiest when producing videos for the Public, so he hires a driver to take him to the shoot, and at 86 years old, he still produces video. His driver is my housemate, Karen. 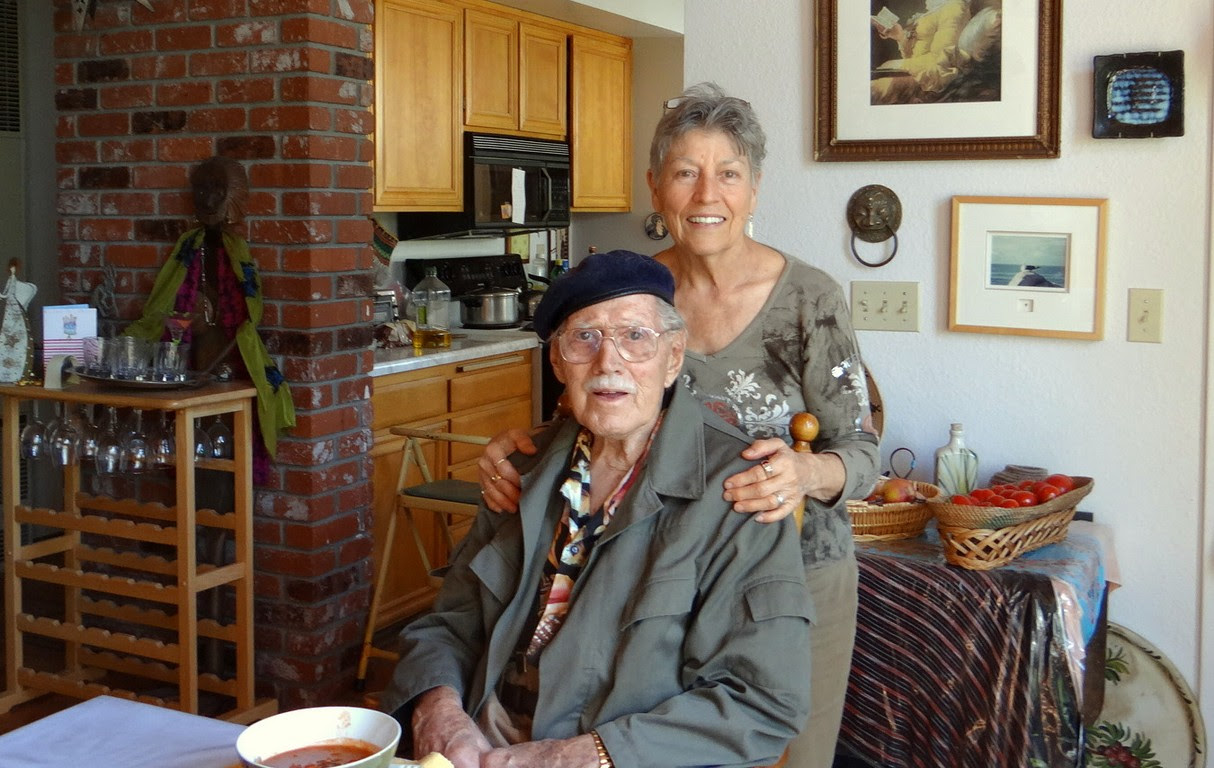 I learned a great deal from this man, and I treasure him as one of my best friends. It doesn't take much to realize that life is a journey and keeping active, no matter how hard, is what we do to make it all worthwhile.

Later in the evening, Karen and I drove to the Pizza Factory and joined my two brothers to celebrate my birthday. Theresa and Clark, me, Bill and Karen. 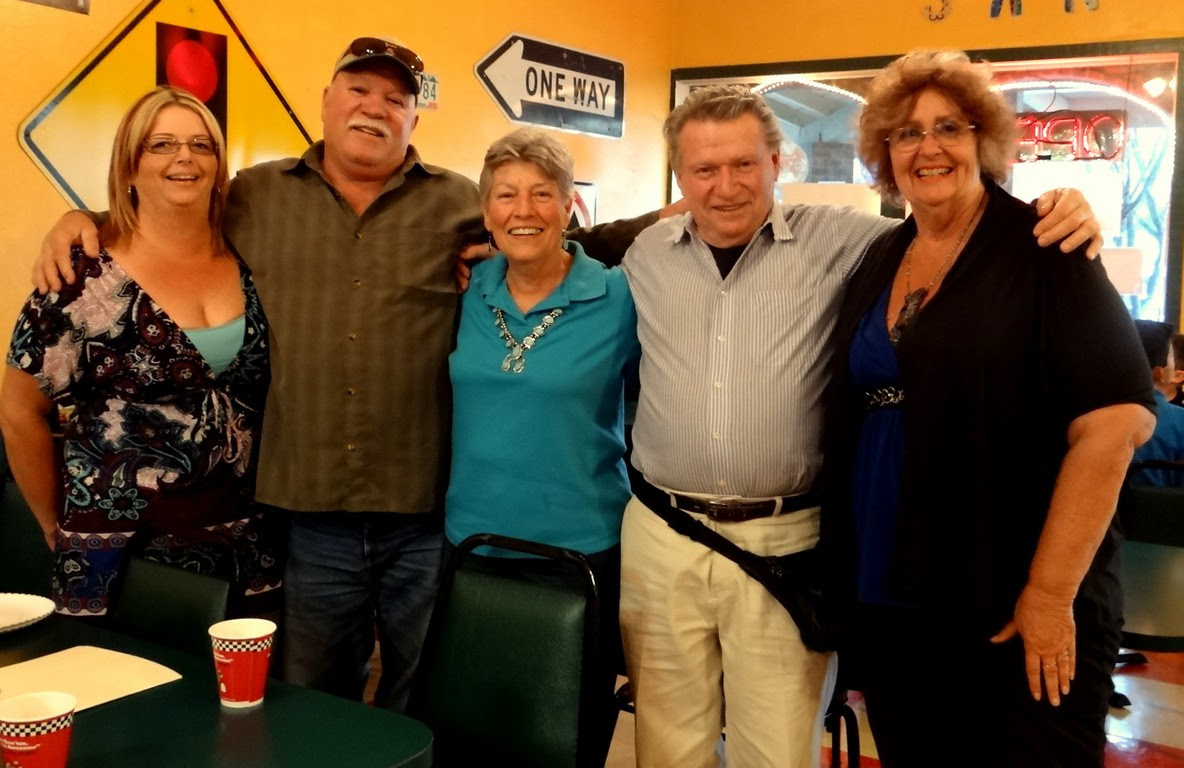 The same photo with Jan.  Some friends are as much a part of the family as family.  I'm fortunate to have three brothers out of five still living. So, we count our blessings and say, life is good, and then we make it so. Stay as healthy as we can, do for others, overcome adversity, smile and be happy.
Posted by Mary Matzek at 7:20 AM