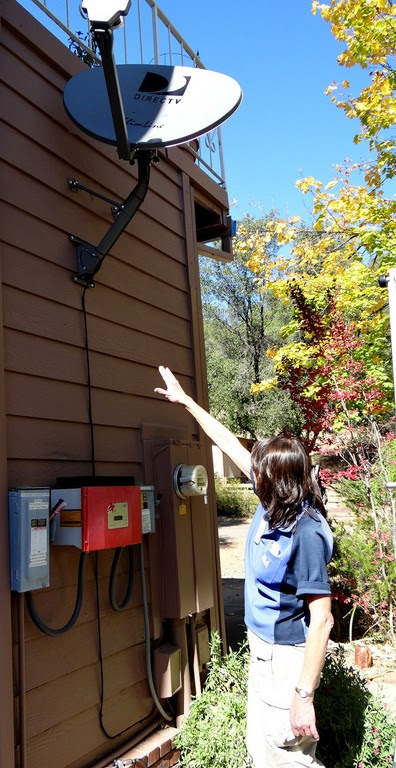 Jim always says, “When you get off the road, you rant about politics, things you can do nothing about.” He is right, of course. Being on the road keeps my nose out of the newspapers and the egregious crap that goes on in Washington seems more distant through the computer. We decided we need to find  personal time to do something fun each weekend. Without a doubt, chores pile up while I’m gone and tasks never ending are always waiting. I watch very little television, but a package offer from Direct TV and AT&T for phone, internet and television was irresistible. The installer came on a Sunday, she is an independent contractor.  Yesterday afternoon, we watched two movies back to back.  I’m home through December and they offer all those expensive movie channels for three months free. 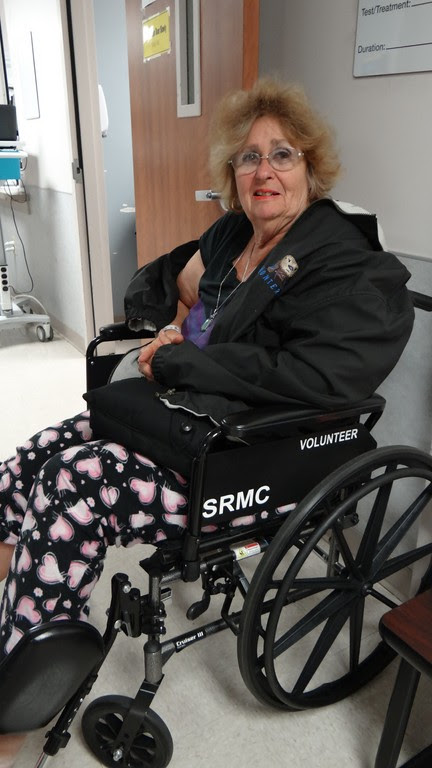 But, life doesn’t always cooperate with your plans . My neighbor/friend had an emergency. She fell on a muddy down slope at Mellones Lake and twisted her knee and cut her foot. When ice and rest didn’t help, she called. We spent five hours in the emergency room. 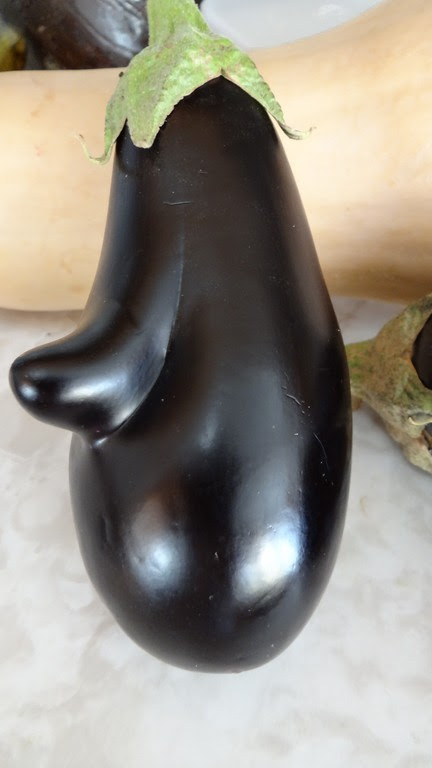 Saturday night, son Ken and his wife Laurie visited, had a drink and took us out to dinner. I forgot to take a picture which means I was having a good time and forgot all about blogging. A good sign. Besides, I picked this Bob Hope eggplant in my neighbor’s garden, which he shares with Karen and I, and Jim isn’t too fond of eggplant.  It’s so pretty I hate to cut into it. I’ll put it in a fruit bowl for a couple of days with some bright red peppers.
A very simple recipe, my own experiment, is to saute an eggplant, chopped up in spicy olive oil. I like Vigo but any one will do.  When almost soft,  steam in the pan covered until cooked through, five minutes or so. Season with a splot of lemon juice fresh or bottled and a couple of tablespoons of Kikoman’s Honey Pineapple teriyaki glaze. Yum. Good on the side or over a minimum amount of rice. I’ve also made the sauce myself, with crushed pineapple etc.
Posted by Mary Matzek at 7:52 AM