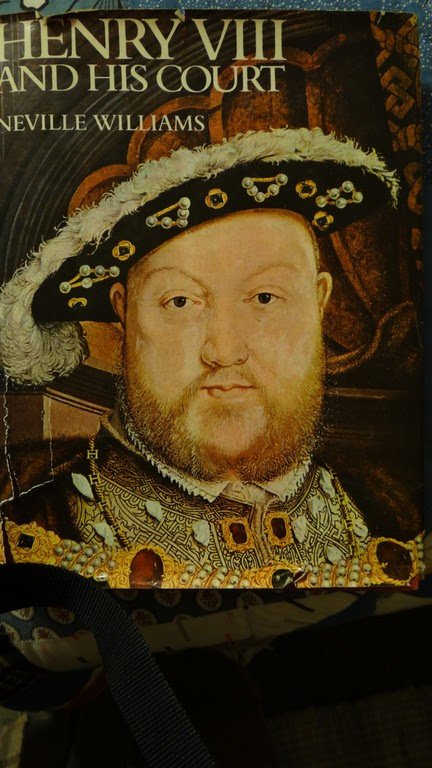 My friend Pam set me up with a book buyer because I have a lot of books. He comes from San Francisco and looks over your collections to possibly buy some that you have. I began to look at my books from a different point of view. This one about King Henry The VIII, by Neville Williams made me rethink King Henry because the  book is written with a more personal and kinder view of him. It is easy to get stuck with the historic view of what a terrible person he was to have wives and friends beheaded, and that he died of syphilis, which he didn’t. Not that beheading wives and creating the Church of England to wage a divorce were very honorable actions, but he was a very special king in many other ways. People of the times were motivated, especially royalty, by other factors than those we or his people faced. I guess what I’m trying to say is he wasn’t ALL bad. He was generous and intelligent and wanted to learn, in his younger days. The last 20 years of his life were pain filled from an injury that ulcerated his leg and eventually killed him. He was sour and mistrusting as he aged by the intrigues and manipulations of those around him who were set on protecting their own powers and favor. 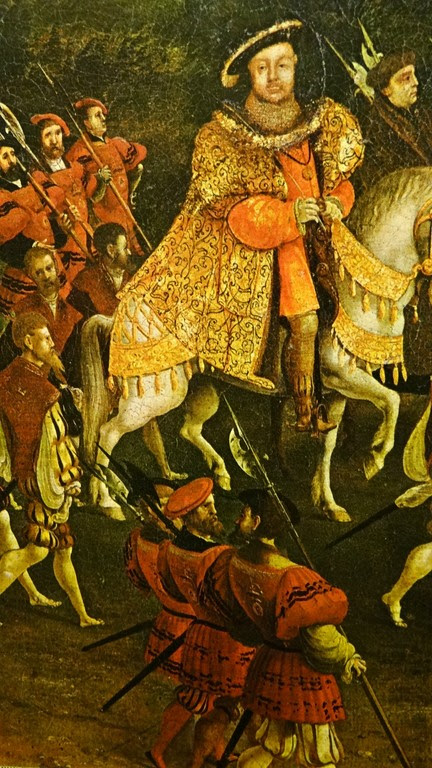 And, because he was a king, there were many beautiful paintings in the book that I relish and enjoyed viewing. This one is just a small part of a full-page of pageantry. The wonderful celebrations and attention made of the King gave people better entertainment than television.  His peasants, who stood by the road to get a glimpse of him and his court, were enthralled. And, this king could ride through his kingdom without secret service people or a bulletproof glass to protect him, in beautiful fresh, unpolluted air.  It was interesting to think about those times and will the mind back to a royal society and what beauty it created, while also temporarily putting aside the cruelty of the times and understand how he could convince himself that several wives were not legally his wives.

It was a beautiful rainy day and we spent most of it home. But Jim’s Bronco needs a new transmission. Not good news.
Posted by Mary Matzek at 7:37 AM