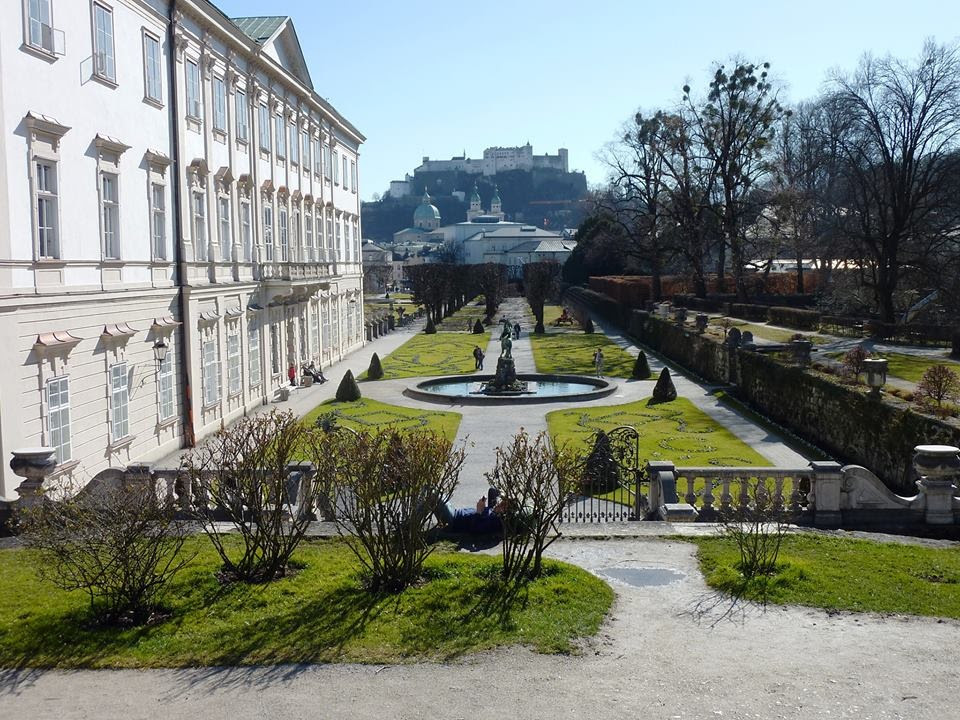 Erich Matzek, a man from Salzburg, Germany emailed me and has since friended me on Facebook, too. His English is better than my German, since I don't speak any German, but we determined we may or may not be related, but not directly. He emails me occasionally, most recently with this message:

HI MARY
HOWE I HOPE GOOD,LETS
HAER WAHT FROM YOU A GAIN.
Send YOU PETIUFUL PHOTO
OF HOMETOWN SALZBURG
LOVING GREETINGS ERICH
Salzburg IS without a doubt a beautiful city. 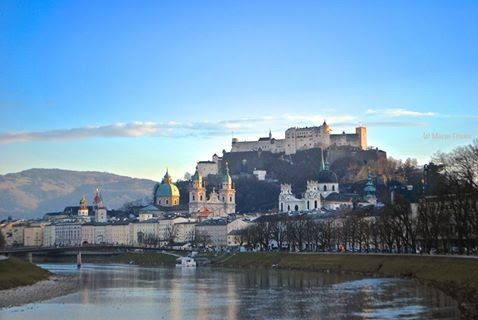 This is the castles high above the river. So, I told him I would emaill him pictures of Murphys. I looked through my photos and realized, I don't have any pictures of Murphys that were not related to an event, where the streets are mobbed with tourists, or a parade or something. So, yesterday, it was overcast and grey, but I took pictures of Murphys. I realized at once how much it has changed since I moved here and now I'm lamenting not taking pictures earlier of our growing little town. It does not have old world beauty like Salzburg, but it is charming. Then, when I told him I would send him photos, he sent me one of his birthplace, Steyer, one of the three oldest cities in Austria. 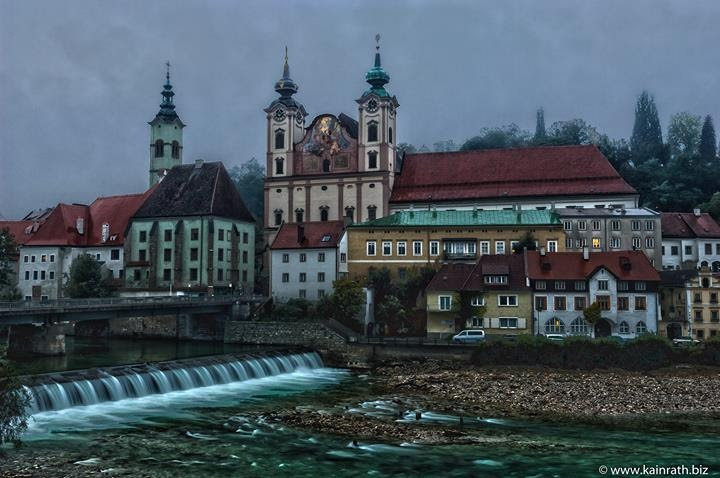 Medival cities were always built near a handy source of water for transportation as well as all other domestic uses. It, too, is a beautiful city. 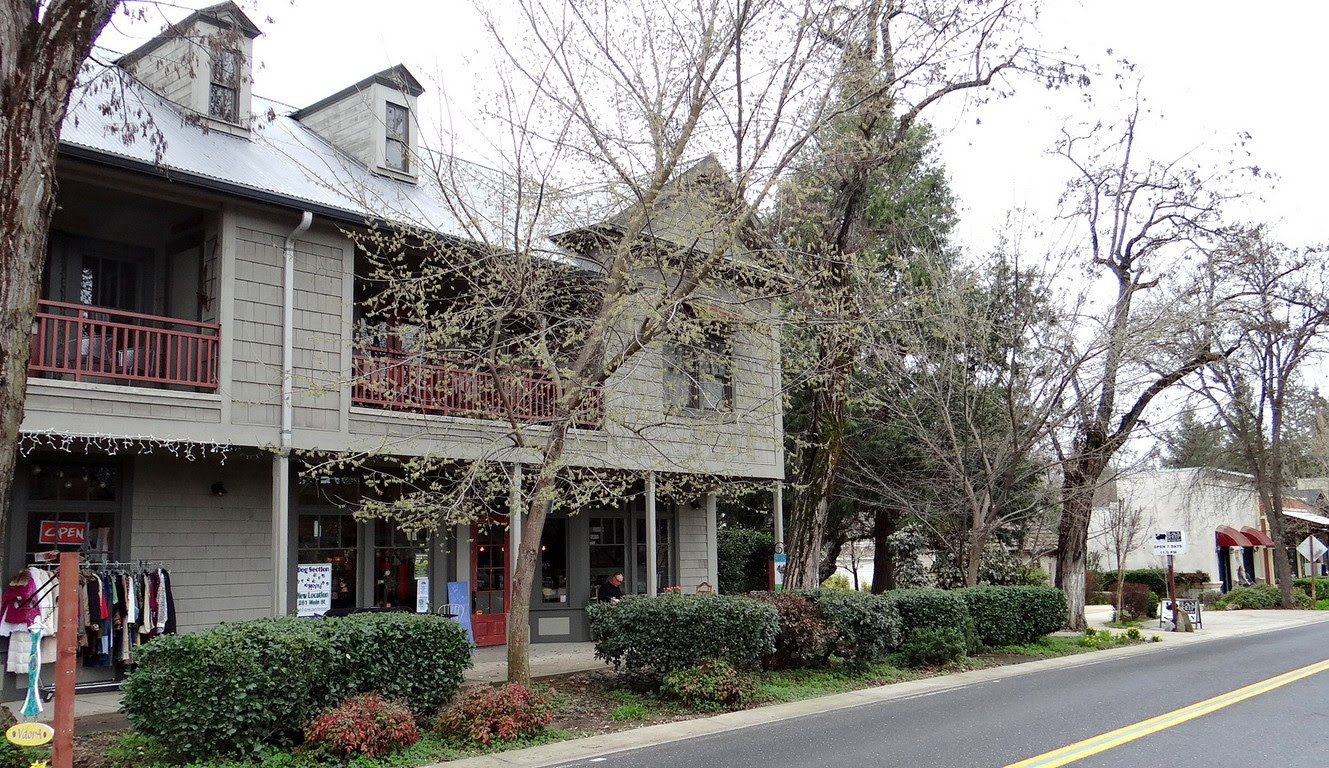 Murphys is not as beautiful as Salzburg, but it has charm. 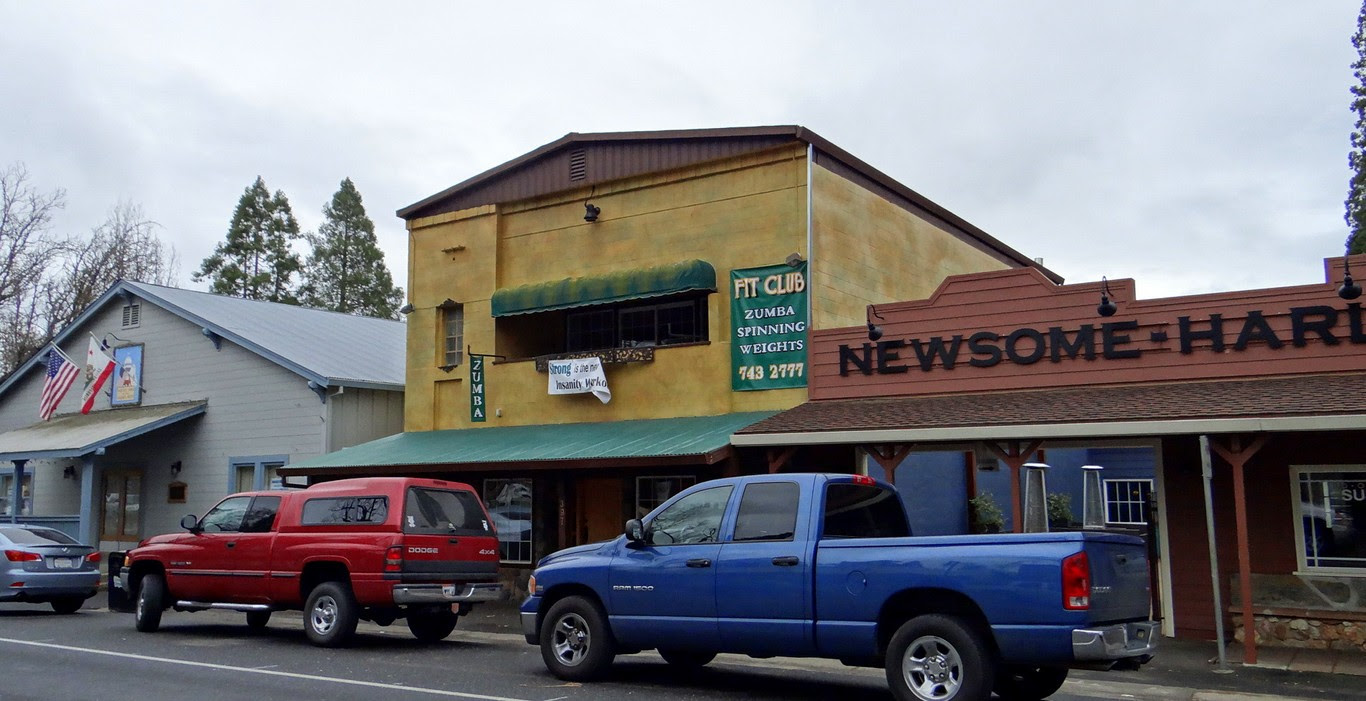 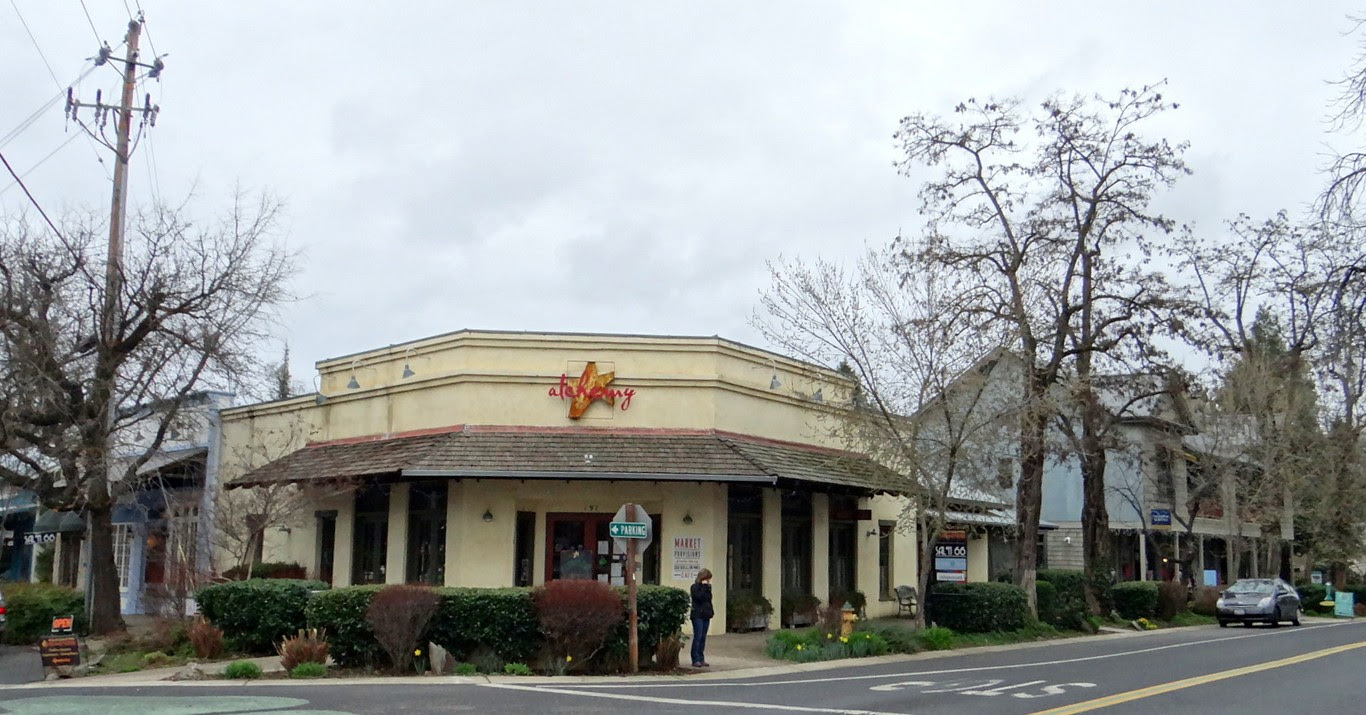 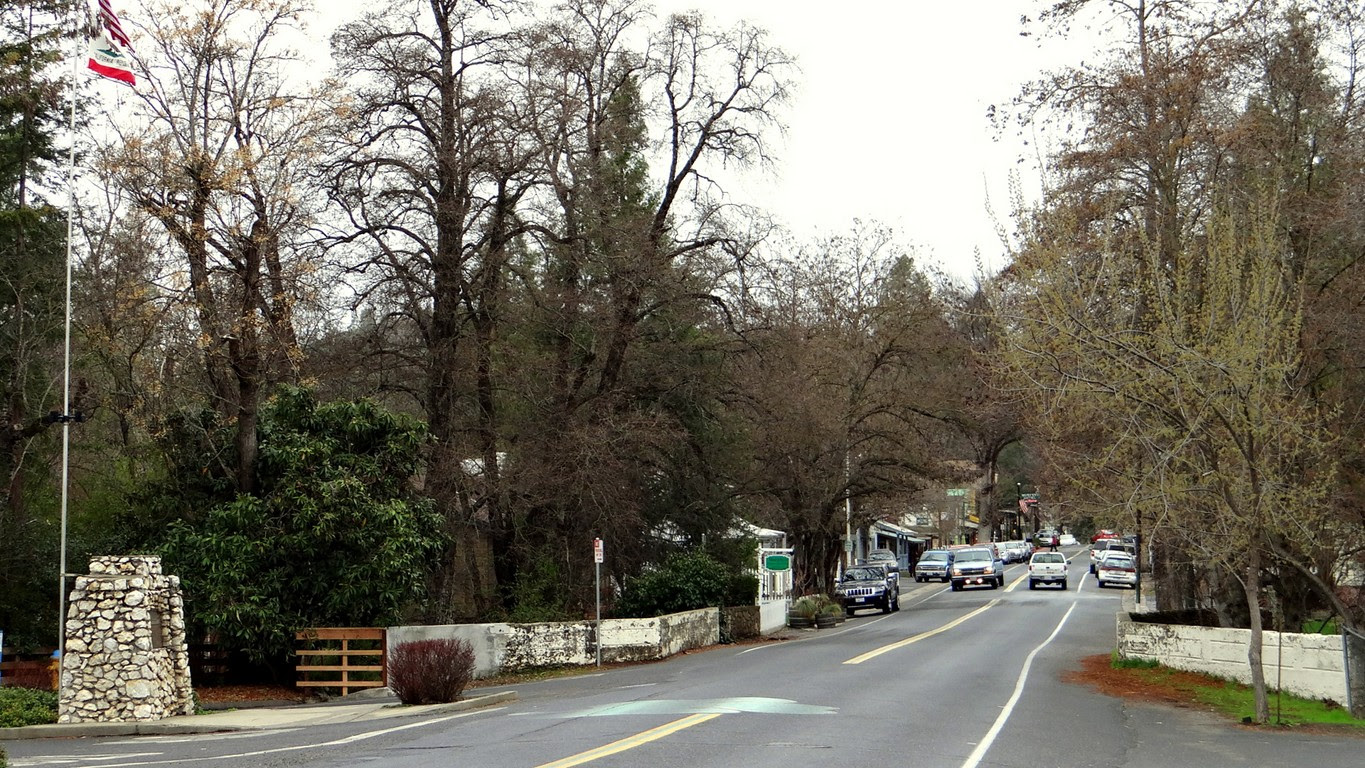 We don't have a "centreville" like most European cities have. It is just a five block long street with shops on either side. 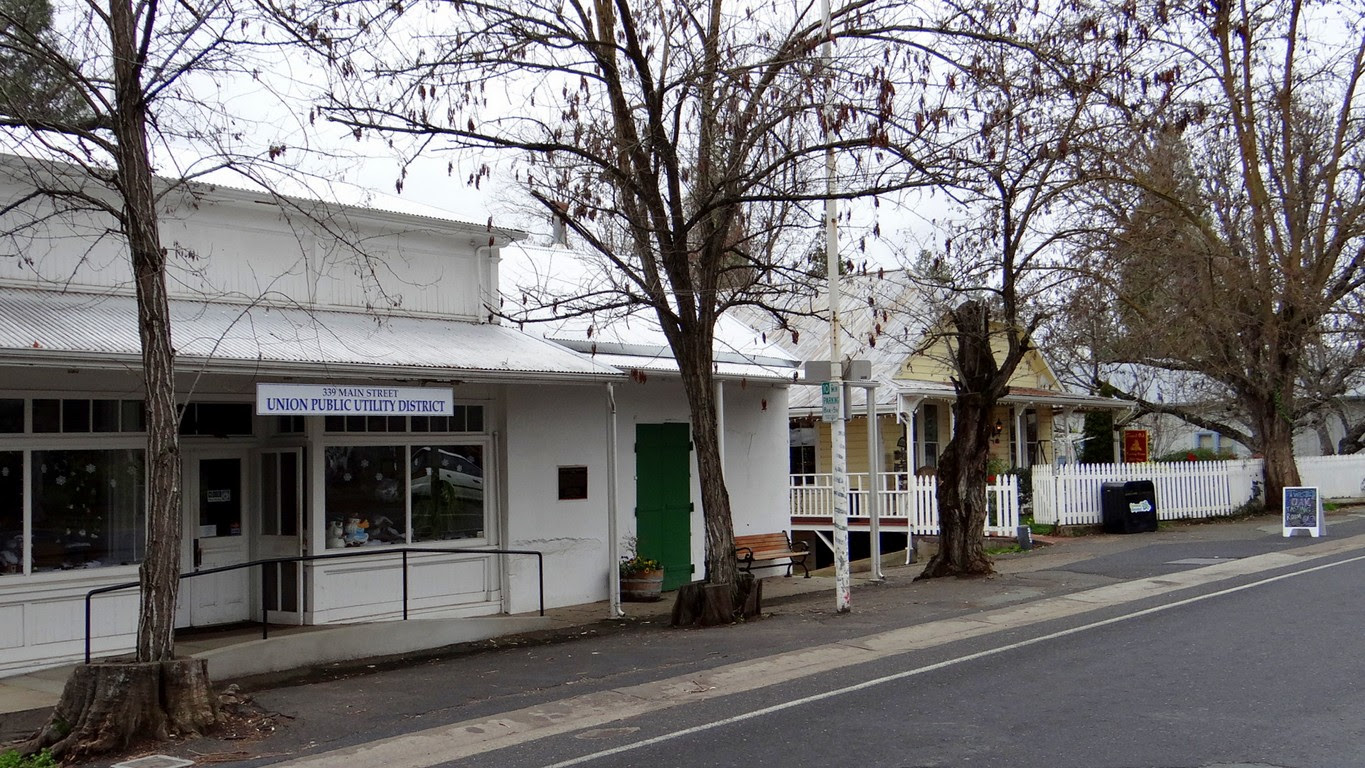 Some buildings are old; most are newer. The town burned down twice and rebuilt. 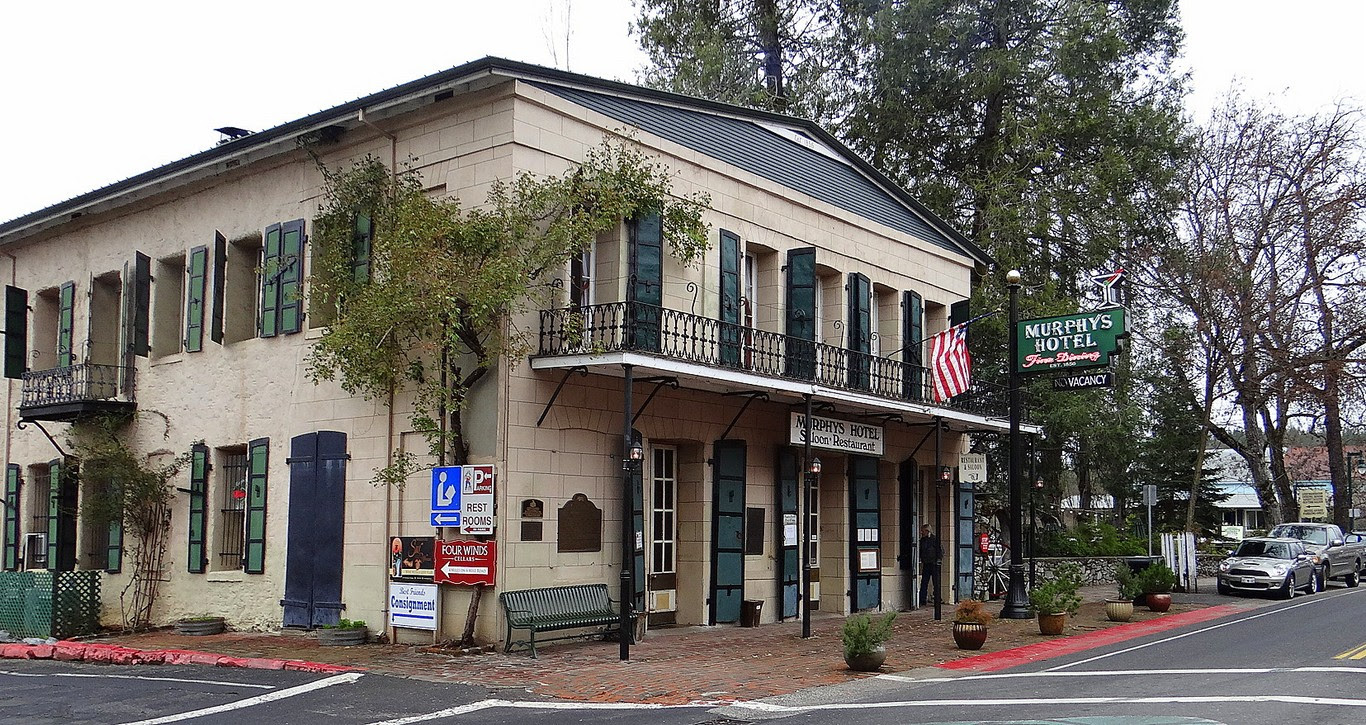 The Murphys Hotel is the second oldest building in town, about 150 years old, and is basically the center of town. Many a romance was kindled at this spot.  The Hotel was a vacation mecca for the valley towns of Stockton, Sacramento, Modesto, and some as far away as the Bay Area. 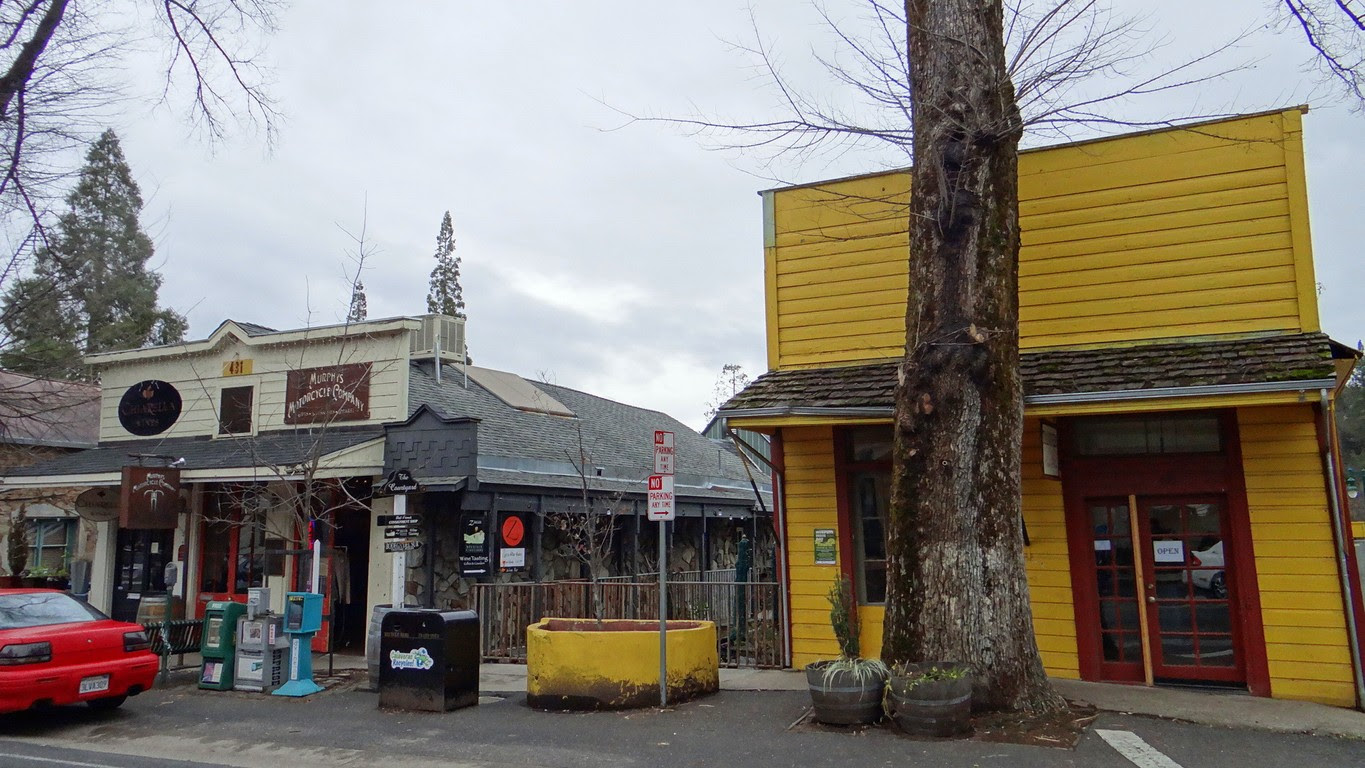 The older buildings have character, but the newer ones have brought economy saving businesses to town. 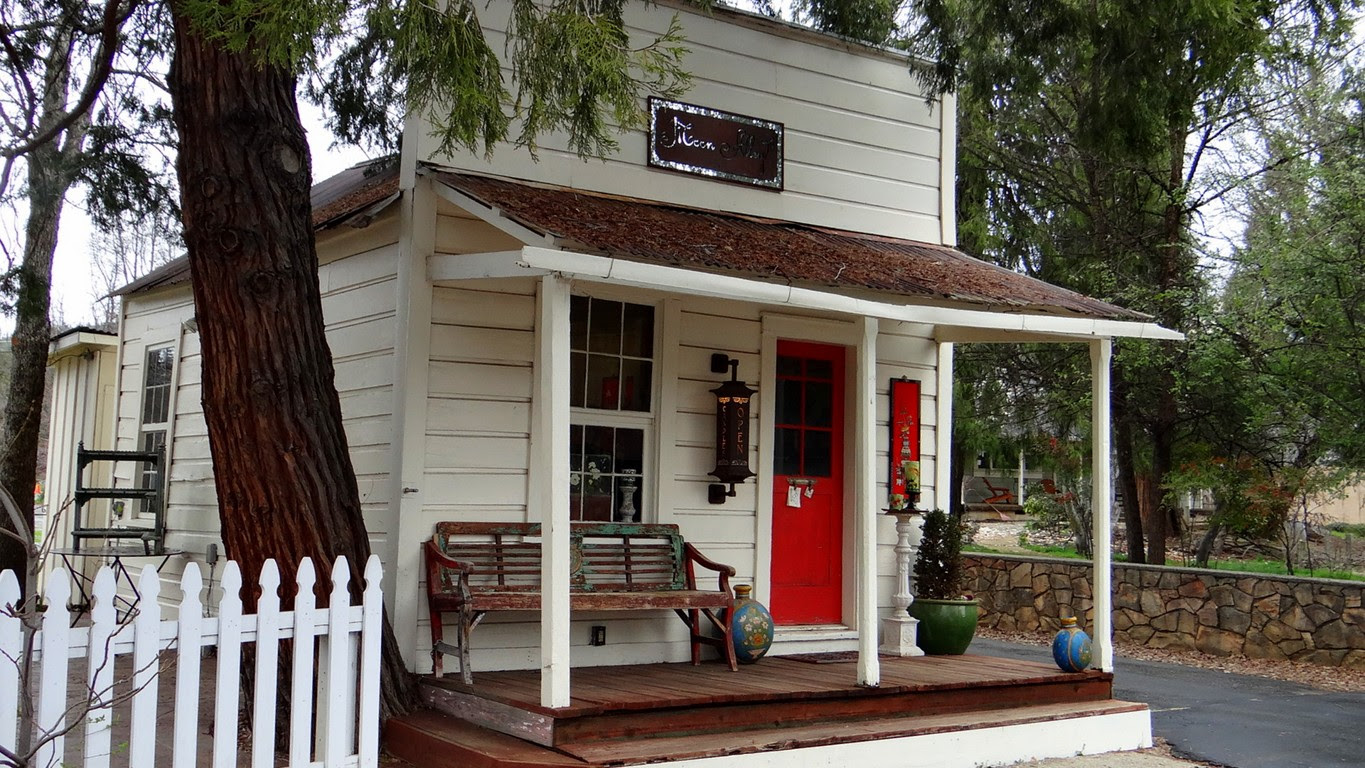 The street still has remnants of old houses and businesses in a pleasant mix. 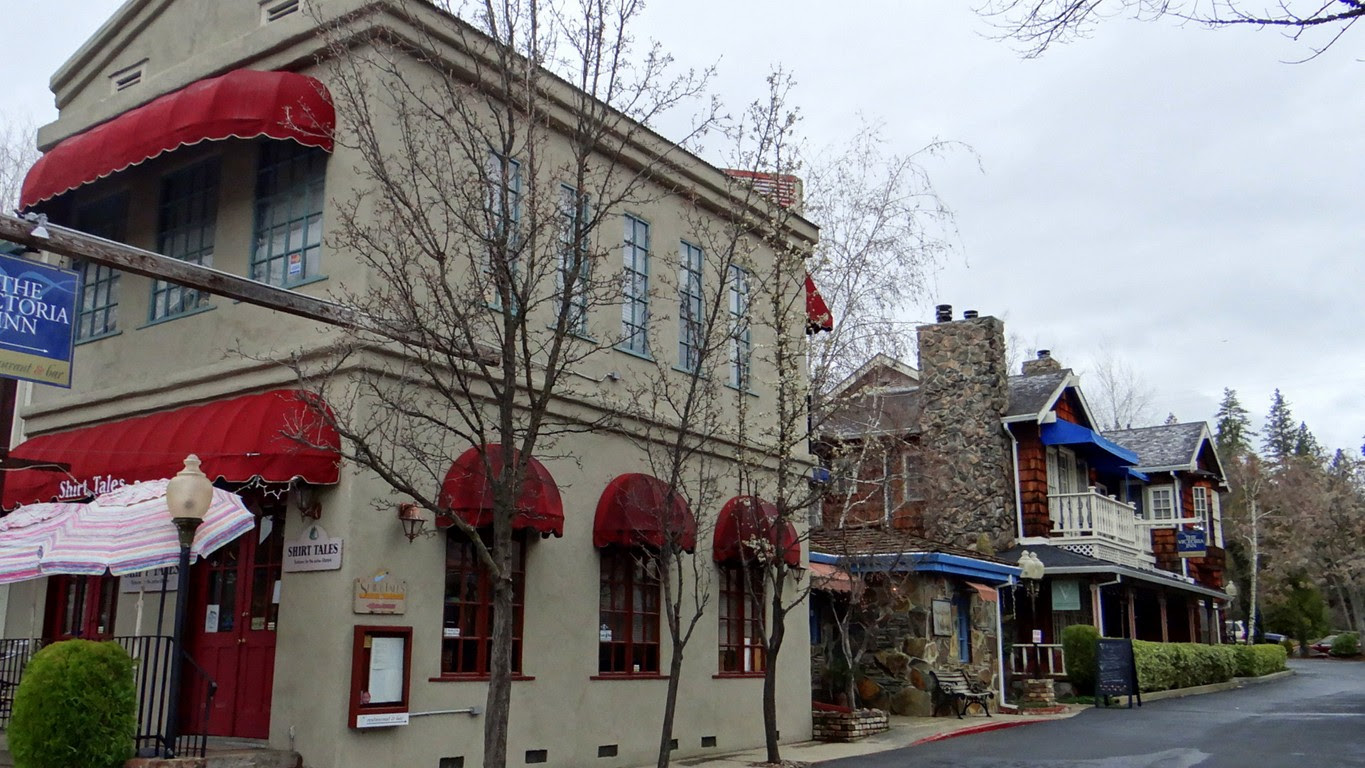 When I first moved to Murphys there was only three buildings with two stories. Now there are at least ten, maybe 12. 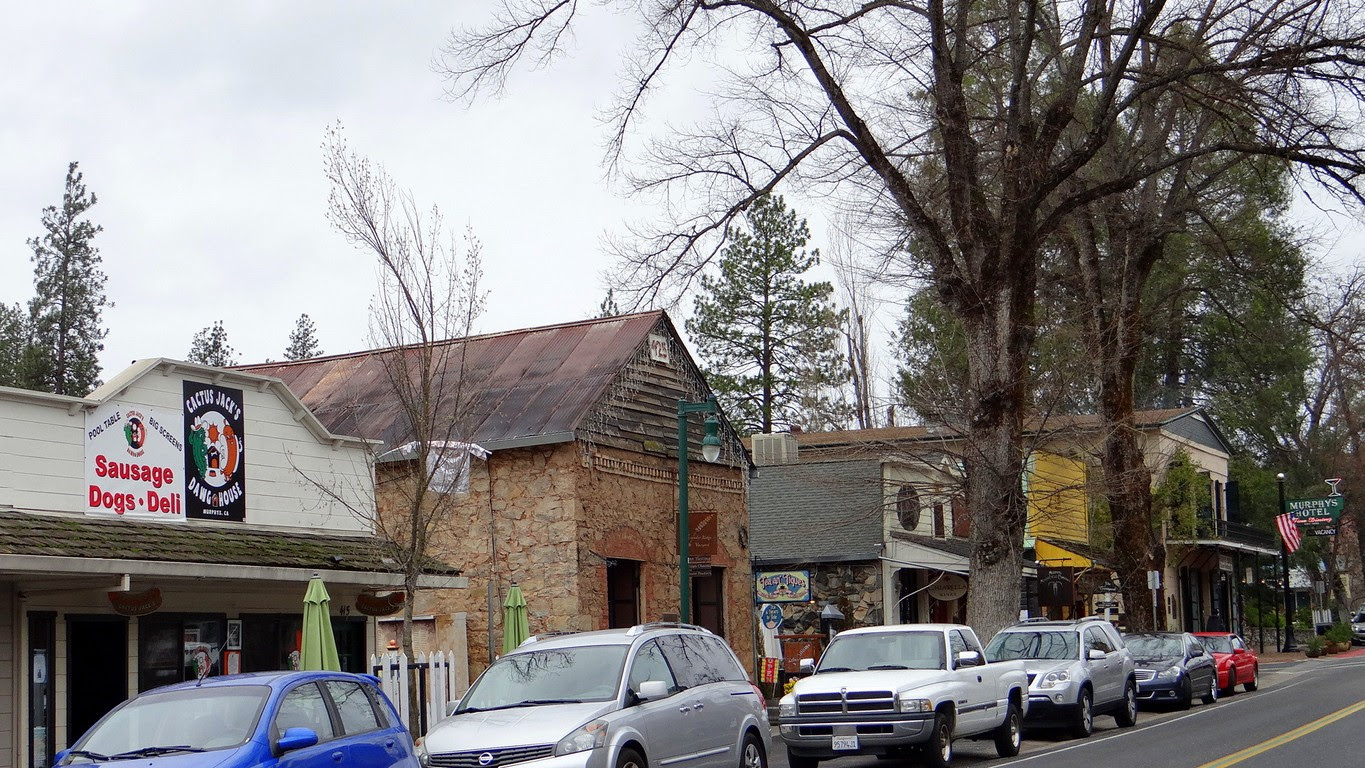 The old stone building is one of four left in town. They had no electricity, or sanitation when I first came. They still lack plumbing, but they do have electricity. It makes for a pleasant mix of old and new. And, the tourist trade proves that it is a likeable place with a lot of appeal.

I didn't take a picture of every building in town, but I'm going to return some day and do that. I'm really glad that Erich's email prodded me into looking at Murphys with a more conscious mind and that he inspired me to take pictures. I'll get each building, next time.