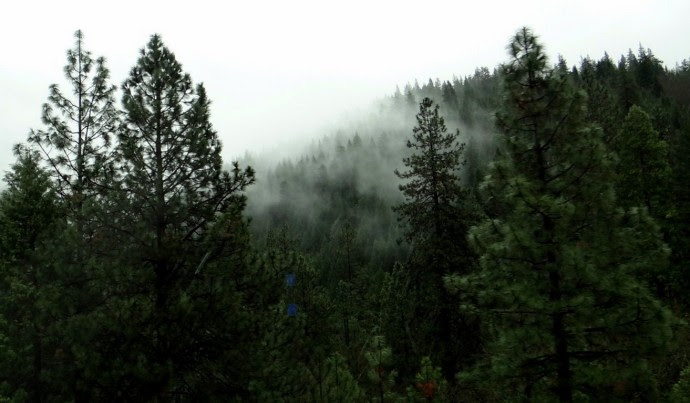 From the window of my car, I took this photo of the mist clinging to the pines on my way to Rogue River, Oregon on Tuesday. My son and I went to arrange for prep work on re-building my place that had to be demolished last year. Photos from the windows aren’t great but it was a beautiful drive all through the mountains. 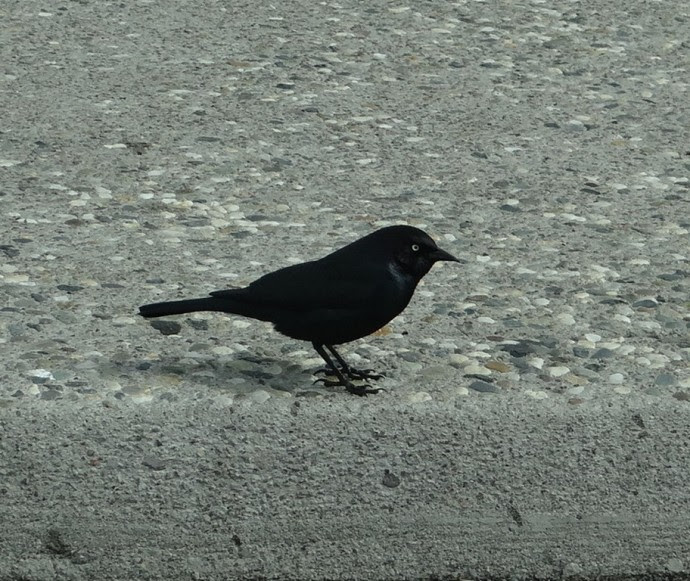 At a rest stop I got a shot of this common little bird. Pretty boring stuff, of course, but my camera always wants to capture everything I see, so I can see it again. And, there is a point this. 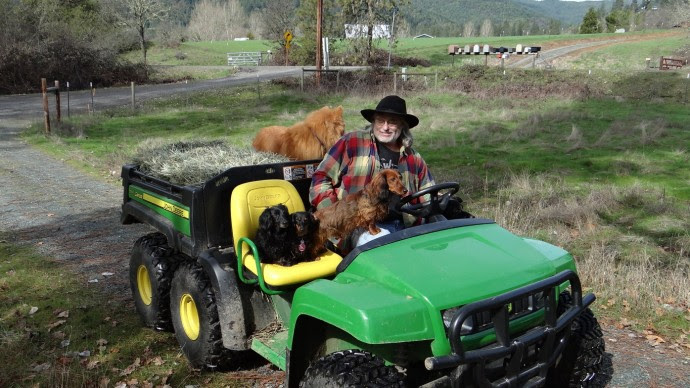 At the property, Neighbor Phil was passing by with five of his dogs in his all terrain vehicle. He joined a gaggle of us talking on the driveway. Deanna Granacki, Stephanie Khrone, Bill Regal, and over a period of two hours, Pat Murphy, and Tim Hart, two contractors we had appointments with. It was really fun to talk to my old neighbors I hadn’t seen in a long time. 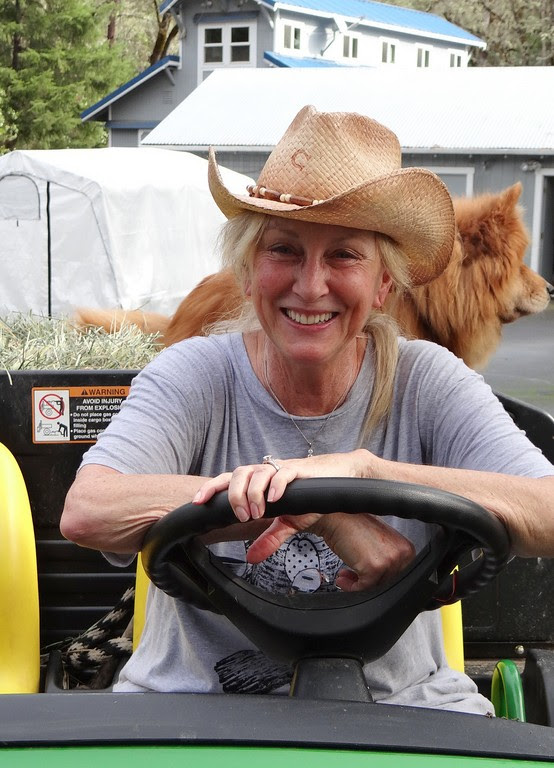 Phil drove me up to his house to say hello to Ginnie, and check out all the work they’ve done on their property since Phil retired. And, it was all downhill from there. At this point, I didn’t know it. 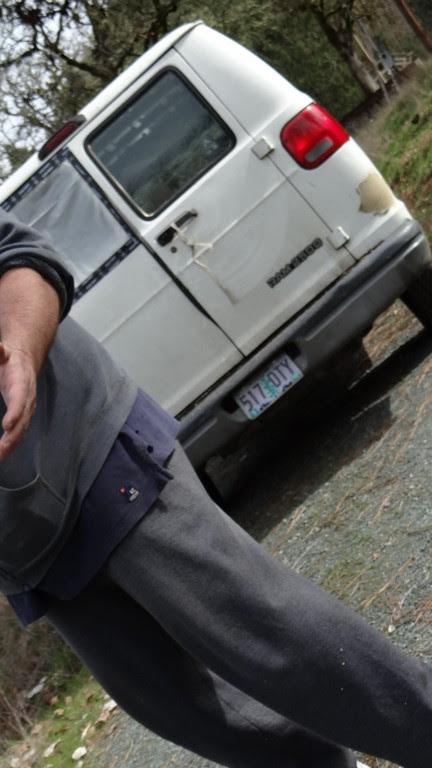 This is supposed to be a photo of Doug and Deanna. But, no, it is “downhill”. I later determined, when I went into the house at Ginnie’s, their new shepherd puppy, (not one of the five on the ATV) jumped on me and I must have hit something on my camera buttons that put my camera on a 10 second timer. 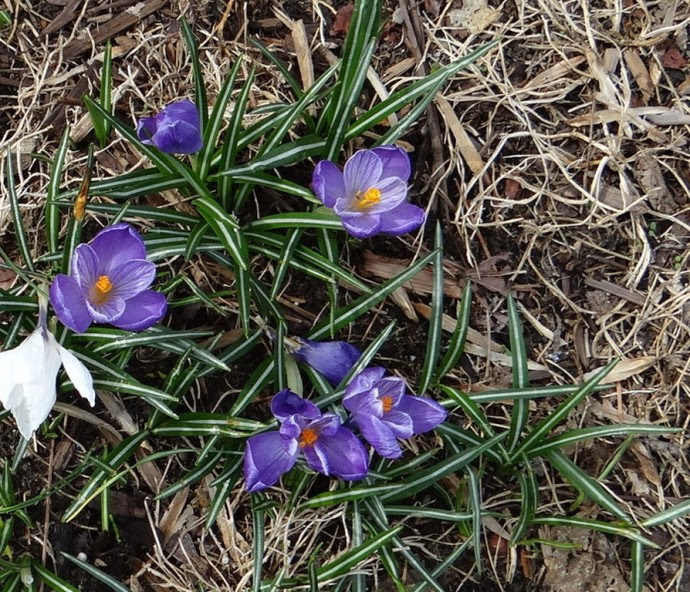 From that point on, none of my pictures turned out. Bummer. I went to take a picture of some gorgeous yellow crocuses. Then moved to a lesser grouping of purple crocuses. Since I stayed on a subject for 10 seconds. I got the shot purple crocuses. 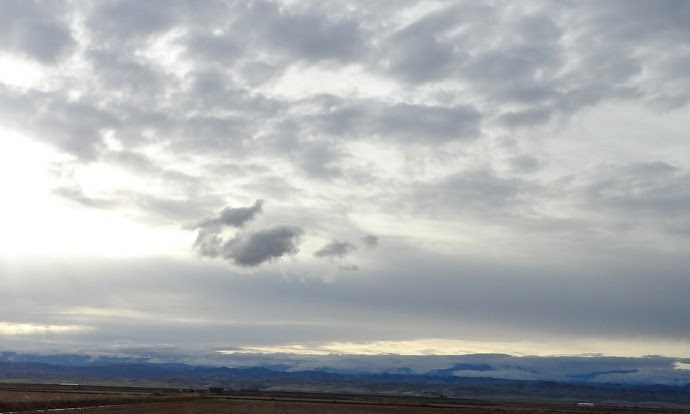 The same for this photo out the window on the way home. Not the photo I was trying for, but I had my camera focused to take another, and this is what I got. I will say the drive up and back in the overcast was beautiful, the misty cloud formations and verdant hills, patterned fields.  I tried to get a picture of the lowest I’ve ever seen Lake Shasta. Nada! Well, the lesson here, is bring your book, read directions. It was in the car I realized my photos hadn’t turned out but I couldn’t remember how to get it off timer.  I hate it when I do stuff like that. But, the trip was very productive.
Posted by Mary Matzek at 7:16 AM