Yesterday was pi day. Clueless me, I discovered this late in the day as I sat in the hospital imaging center waiting room, where a television host was happily talking about pi day and rolling dough for a pie.

Pi Day is celebrated on March 14th (3.14) around the world. Pi being the symbol used in mathematics to represent a constant — the ratio of the circumference of a circle to its diameter — which is approximately 3.14159.  Thus March 14th, 3.14 has been turned into a holiday. I think I must have been living under a stone. Was this "holiday" hyped by advertising giants to sell product?  Probably. I have a vague memory that it started in Europe.

But, teachers love it. Shirts with the Greek symbol for pi and computing challenges in math classes make it a fun way to learn about the formula pi. My computer probably knows how to type the Greek symbol, but I don't. 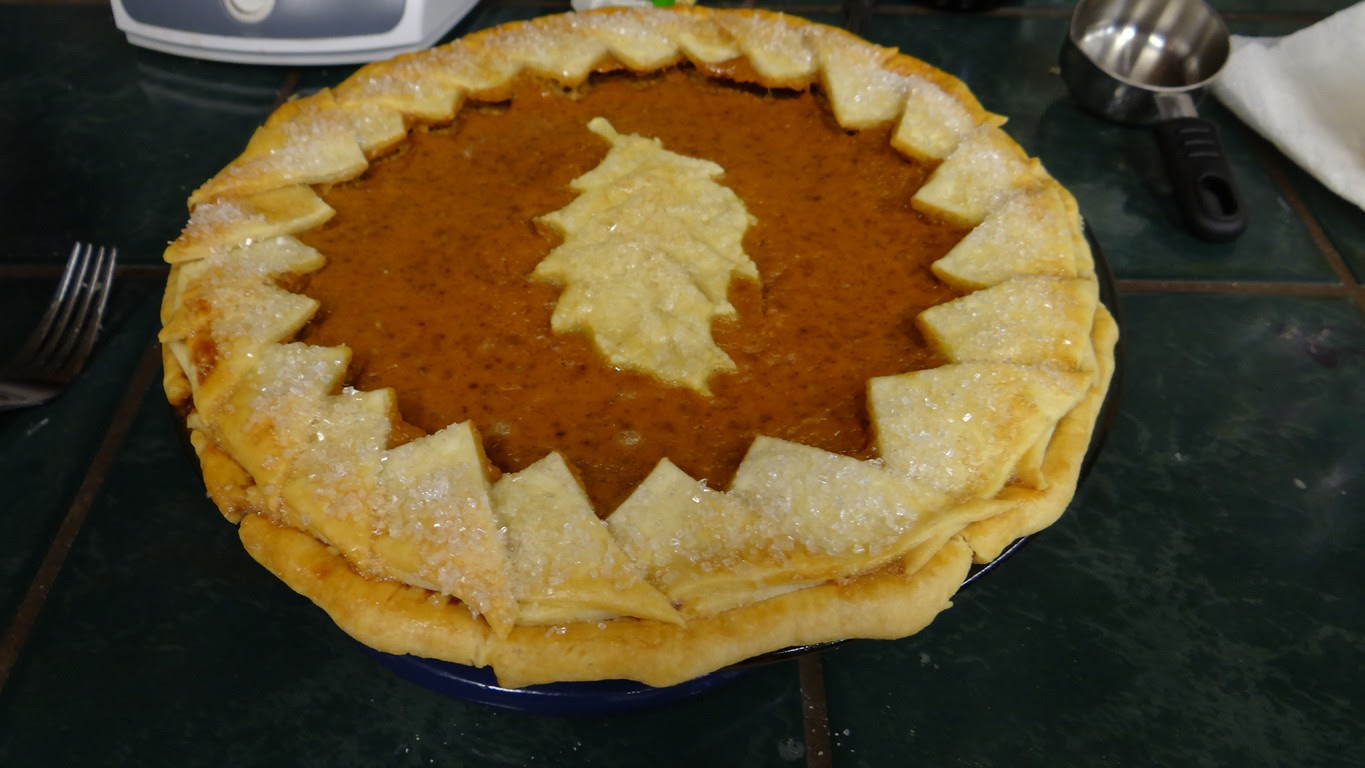 Since I would choose pie over cake and almost any dessert, I'd eat it every day if I wouldn't turn into a Pillsbury dough girl.  Lucky for me, I have a son-in-law who could second as a dessert chef, and he loves to make pie.

I suppose I should share with you my favorite pie recipes, but you can get great pie recipes anywhere. The bakers of the world have it down to a science. Instead, I'll describe my biggest pie failure.

I had a brand new blender and a backyard full of pumpkins. I decided I could make pumpkin pie out of fresh pumpkin. So, I cut the raw pumpkin up and blended it in the blender, added the sugar, milk and eggs.  And voila. I had tasteless pumpkin slush. It was the wettest mess you ever saw. Over cooking it just burned the crust rim, it never did solidify and it was turned into the compost heap, never to be mentioned again. Well, that is, until now.
Posted by Mary Matzek at 7:19 AM