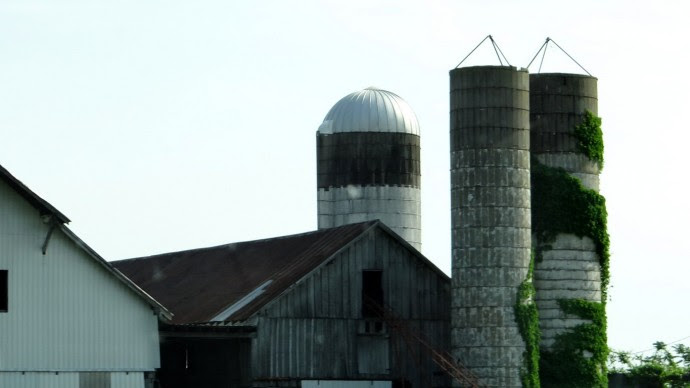 It rained most of yesterday, pleasantly. Jim and I took a walk between raindrops, but mostly I worked on my picture file. After having tossed all of my pictures and getting most of them back, I’m disaster shy and decided maybe I’d like to publish some of my blogs in a book like they advertise on Lulu or Blurb or half-a-dozen other outfits. The save-to-disk feature was difficult and having one of those outfits print your blog for you is a somewhat complicated organizing task. I ended up buying, online, a new laser printer instead. It  will print my stuff out very professionally for less than the publisher could do it.  All of this explanation to get to a bunch of barn pictures that had been lost, now found. The ivy covered silo above caught my eye on a rainy day, somewhere in the east in 2010. Eastern barns, because of winter weather, are much more substantially made. These were taken with my old camera, and I notice it very much when I prowl around old files. 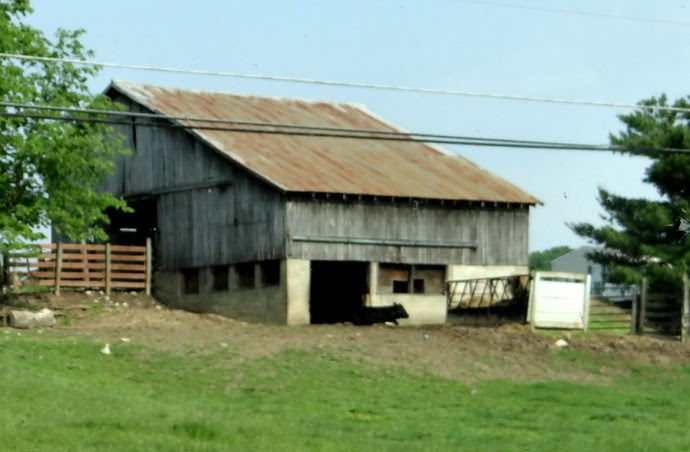 In fact, most of them were taken through the window while moving down the road. 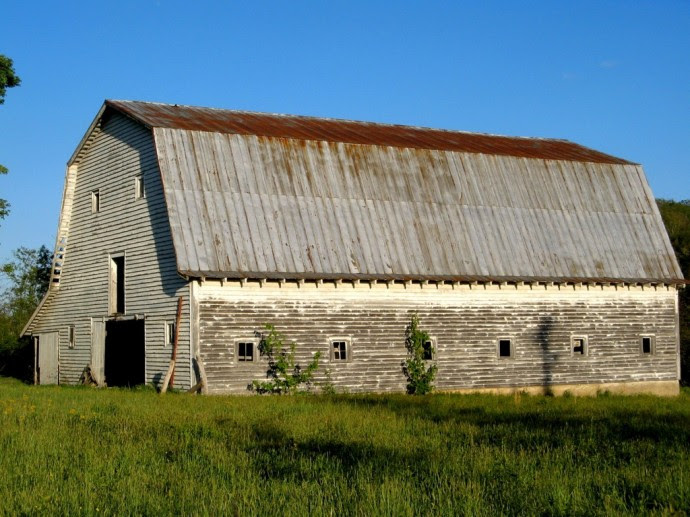 I continue to think of barns as endangered species, so I expect I’ll keep getting as many pictures of them as I can in my travels. There is a website I used to visit often of a woman who chose barns, gas stations, bridges, signs, I can’t even remember all of the subjects she chose. She would say, “…oh, don’t get me started on another subject!”  She would travel around the U.S. with one subject in mind to preserve it in photos. Her photos will probably be famous some day. That is not my aim, but I think it is a fun idea.  She actually pinpointed where each barn or beach or sign was located and gave the exact date she was there. 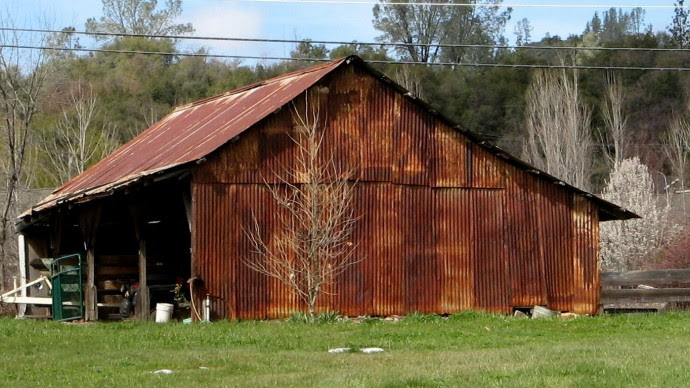 This barn resembles a California barn and may be a picture I stuck in the same file. I think I’ll  go back to my project and call it a day.
Posted by Mary Matzek at 7:30 AM