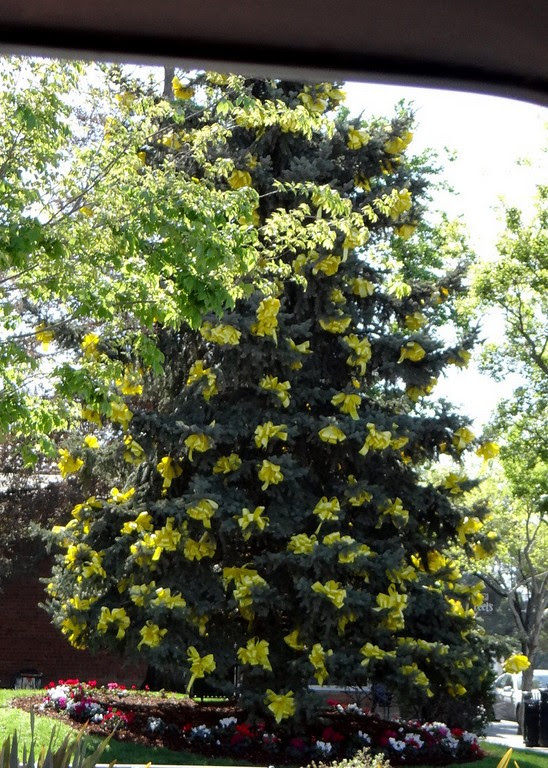 Driving through Livermore yesterday, down First St., I spotted what I thought was an evergreen in bloom. It took a second to realize this evergreen is festooned with yellow ribbons. The significance, I’m guessing, is a welcoming home of returning veterans. Amazing, isn’t it?  That a simple song about welcoming home a wayward lover has spread across America and brings a warm, fuzzy feeling every time you see this in communities all over the U.S.- to know that someone is welcoming someone home. 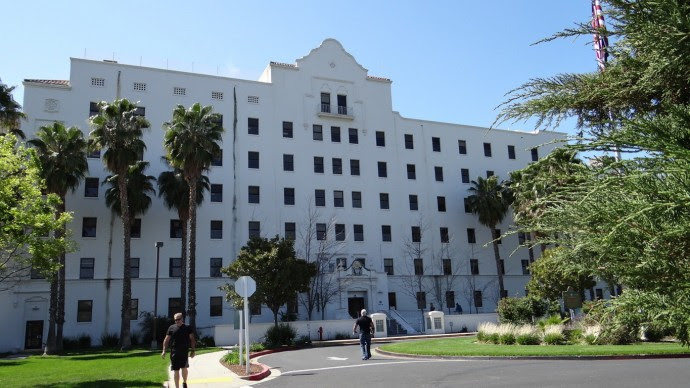 A huge veterans medical facility is located on Arroyo Rd. A beautiful drive past Concannon, Wente and other vineyards.  This lovely old Mission Adobe style building serves a lot of people. It was a hospital at one time, but now nothing but minor emergency surgeries are done here. 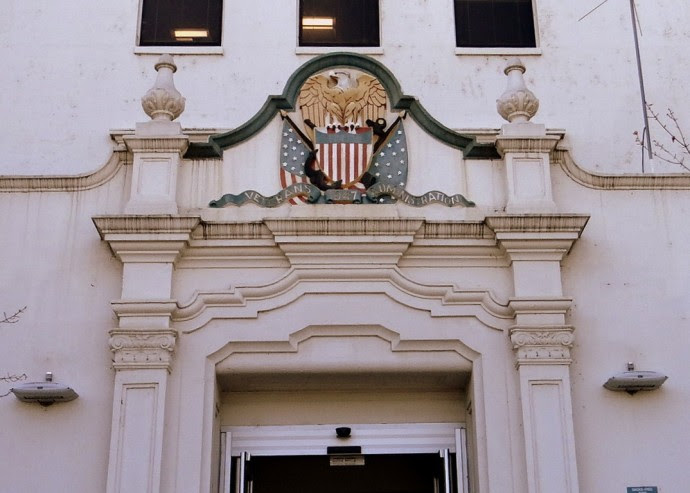 The facade tells me the building was built in 1947. It is still in great shape unlike our abandoned mental facilities that were closed during Reagan’s presidency in the belief that drugs would control mental problems. It hurts to see crumbling old buildings serve no purpose, so this one was a joyful chorus. 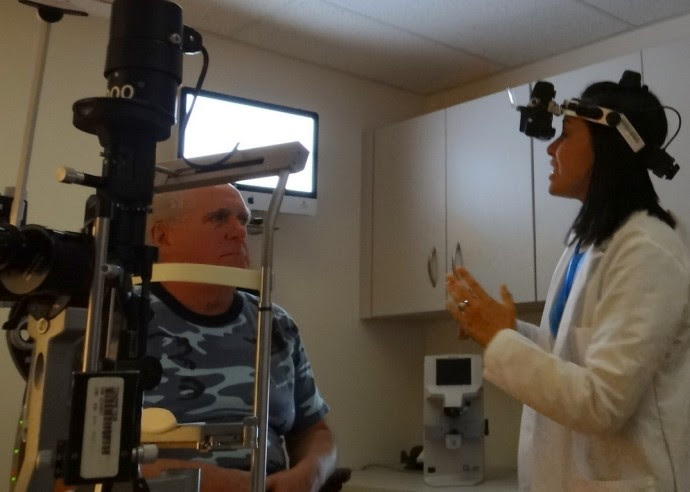 Jim was given a very comprehensive eye examination by Doctor Pineda. 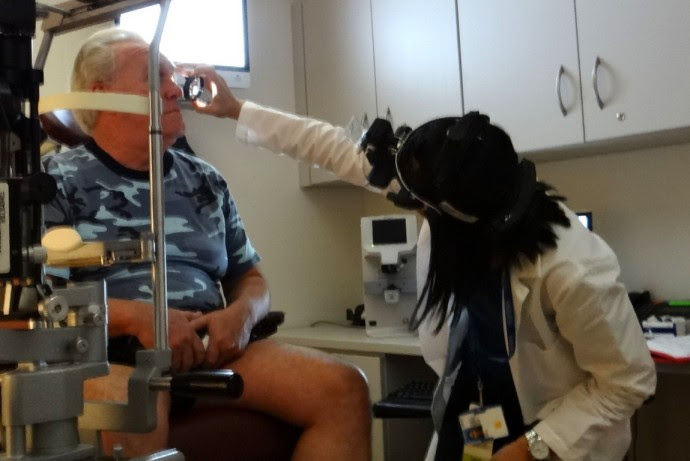 She checked and measured and photographed, then rechecked every aspect of his eye health. Pressure in his eye is caused by a cataract and not from glaucoma.  A second cataract is building on his left eye. He will need surgery. 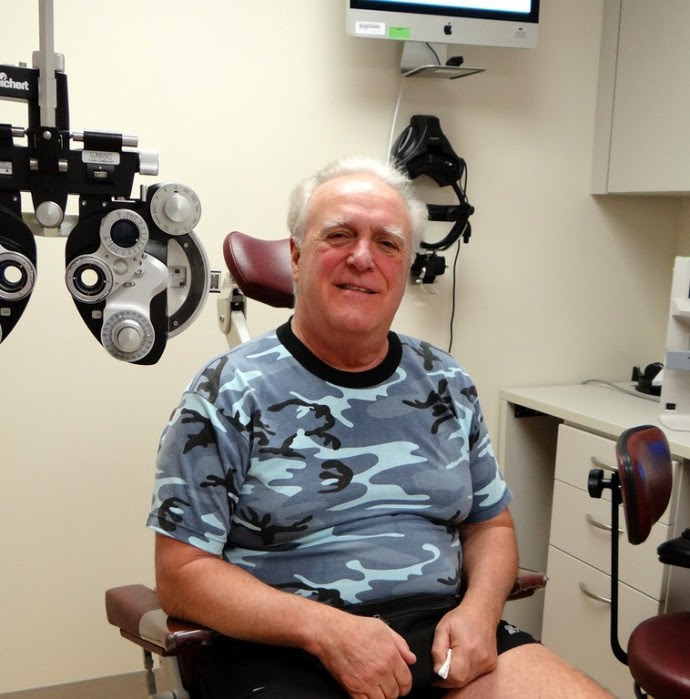 Conclusive evidence by a very competent and efficient doctor who will now pass that information along to a surgeon who works out of their Palo Alto facility.  We now know it will take about 6 months before they can fit him in the schedule at Palo Alto. We expect his surgery will be done sometime in October.
We ate East Indian food at the Clay Pot on First St. in Livermore.  It has been so many years since I’ve driven through town I barely recognized the place for the beautiful upgrades, nice restaurants and upscale small businesses.

I wanted to show Jim the oldest light bulb in the United States, perhaps the world, but I could no longer spot where the old City Hall was? I saw it when I was 17 years old, and I know the light bulb was still burning after 100 years and I wondered if it was still so? I went on-line, and found the whole story.
Check it out:
http://en.wikipedia.org/wiki/Centennial_Light