In an hour, I leave for the Alameda County Sheriffs Archive where they are having a ceremony to dedicate the rebuilding and moving of an old jail Guard Tower. It was rebuilt, retaining as much of the original materials as possible, about 1990 or so. The Association decided it needed replacing because part of the flooring had completely rotted out. But, more on that when I return. 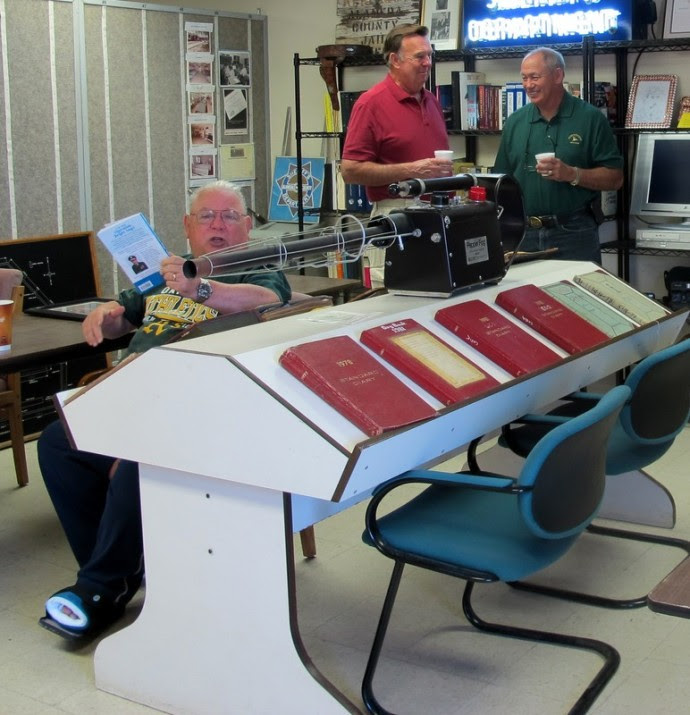 Over the years, I’ve learned there are very few Police Museums in the United States, mainly because there are destroy orders for just about everything related to police work once they have passed a certain date. We are lucky to have accumulated and pulled together artifacts and history of the people and procedures of law enforcement in the County of Alameda. We are also fortunate that we’ve had the permission and support of the reigning Sheriff along the way, who was Sheriff Plummer when we started in 1989 and current Sheriff, Ahern, now.  All volunteers work and assesssion the archive materials, refurbish artifacts and display them for posterity.  Sitting on the “pattern” table, an old store fixture donated to us, is a pepper fogger, refurbished by Les Moore. It sprays tear gas at an advancing mob and was used during the civil unrest of the 1970′s. When the retired deputies get together and talk they remember the first time they used it, the wind shifted and they ended up gassing themselves. (It is only funny now.) 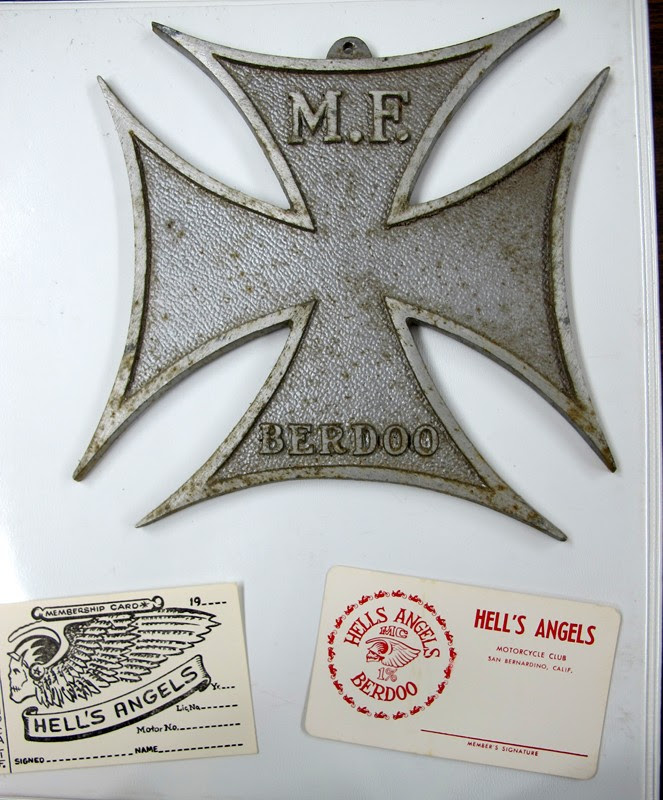 This cycle shield and calling cards were donated to the archive in 2012. We still don’t have much of a history on Berdoo. The Angels and the Cops have a checkered history. They knew each other by first names because the encounters were so frequent. The Angels got started in Alameda County and riders today still like to imitate their “bad guy” persona. The Angels have cleaned up their act in recent years. An interesting story if someone could write it. Sonny Barger wrote his memoirs and it was loaned to my husband, (who arrested Sonny more than once), by the wife of Angel Magoo. Magoo died young and my kids went to high school with their kids and they are still friends today. Magoo’s wife, Lynn Tinsley, and a couple of her brothers also rode with the Angels. She wanted to raise her kids away from that reputation and did. She died in about 2004. 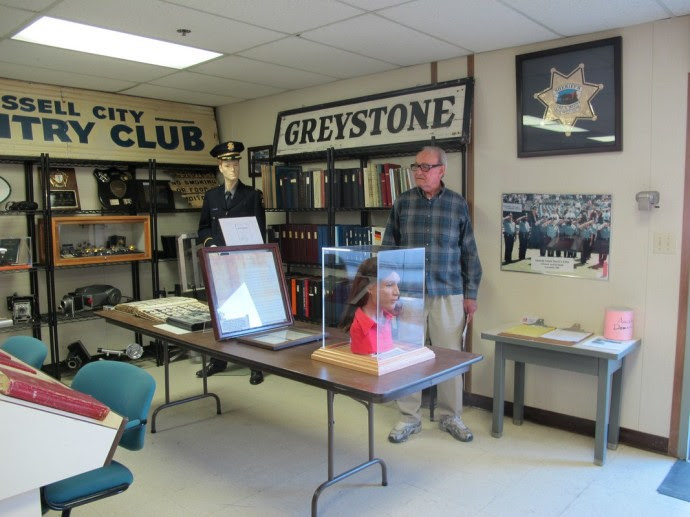 Because we are on a former military base, Camp Shoemaker, the department inherited many items from the military including the nickname for their brig, Greystone. Greystone became the punishment detention area for the jail. Old Santa Rita was torn down and rebuilt in 1985 as a prison, a jail no longer, a complete lock-down facility. We are there to document the changes from its inception in 1948, under Sheriff Gleason. Gleason was sheriff when I was hired in 1958, and I’ve known every sheriff since then. This has been and is an interesting project that my husband (since deceased)  and I started in 1988.
Posted by Mary Matzek at 7:00 AM

Wonderful blog! I found it while searching on Yahoo News.
Do you have any tips on how to get listed in Yahoo News?
I've been trying for a while but I never seem to get there! Thanks