Wouldn’t it be nice if one could travel from the Motor Home to the house and get on my “resident” computer and have it work the way it did when I left it?  No such luck, of course. After two days of struggle, I still cannot get my photos to load the way they normally do, so I’ve figured out a way around it.  I can sympathize with the demented guy in a cartoon who takes a hammer to his television or computer. Frustrating. 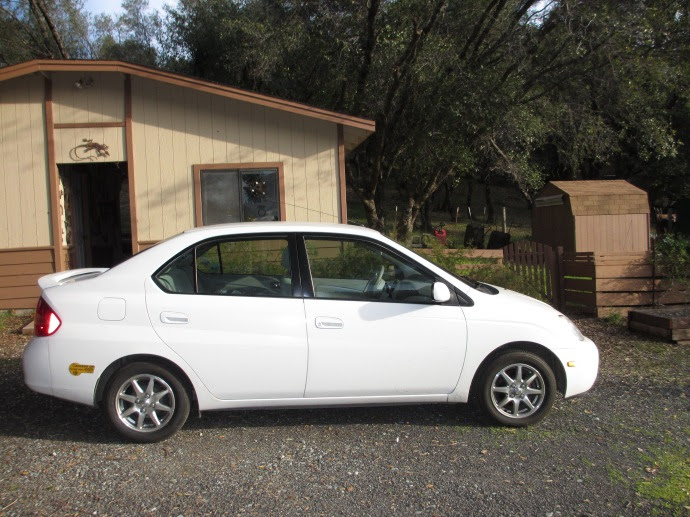 I like driving my Prius and just had a new battery pack installed. But after reading Steve Westley’s report, I’m thinking I should have bought a Tesla. Steve is a dot-com millionaire with a community service bent.  He volunteers his service on the  state’s Energy Advisory Board.  I met him twice and I’m very impressed with his intelligence, and ideas. Anyway, you might want to read his take on the new Tesla being manufactured right here in nearby Fremont, CA. at the old G.M Plant.

I have never been a big “car guy” and have been driving the same car for 12 years. However, I just got my new Tesla Model S last weekend, and it feels like driving something from the future. The all-electric Model S is built in Fremont, CA at the old NUMMI auto factory that Tesla reopened after it was closed by Toyota and General Motors. The car is faster than almost any other production car (0 to 60 in 4.2 seconds) and gets the EPA equivalent of 95 miles per gallon. It also costs 75% less to operate than a gas-powered car. That’s why Motor Trend chose Tesla as Car of The Year. The Model S is a great example of Silicon Valley innovation and American manufacturing ingenuity. If you also have solar panels on the roof of your home, you may never pay a cent for electricity or gas again.

Who knows, I may buy one yet. And then, there is building design. I’ve designed two houses and live in one still. I never thought I’d be designing another one, but since my mobile flooded in Oregon, that is a very real possibility and occupies a good bit of my thought these days. Look at the Energy Board’s report on digitizing homes. Steve chaired the Subcommittee on Building Energy Efficiency. The Committee’s report follows:

Buildings use 40% of the nation’s energy – more than the transportation or industrial sectors. The National Academy of Sciences points out that “full deployment of cost-effective energy efficiency technologies in buildings alone could eliminate the need to construct any new electricity-generating plants in the United States” until 2030. In November, our subcommittee released a report analyzing the tremendous potential for cost savings, available technologies, and Department of Energy programs and initiatives related to building energy efficiency. The report outlines what the U.S. needs to do is to lead this revolution. We have digitized music and cameras; it is time to digitize buildings.

The challenge is before me and I’m hoping the eventual economy of the building might mitigate the extra cost of using these features.  When I find out what they are, I’ll let you know. I just hope they have a self-cleaning garage and a self repairing computer.  (The report was put out Nov. 2012.) Should be perfected by now, doncha think?

Just get a Mac before I'm blue in the face.
My new trailer will be net zero -passive house
It's built & ready for pick up