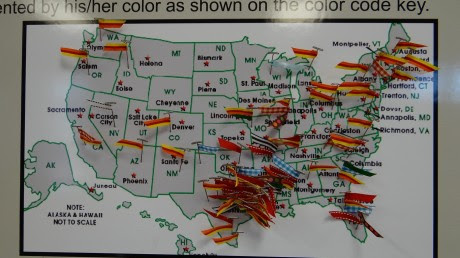 Folk Music has an honored place in the music world, but somehow, Swamp Pop is ignored. It came up out of Southern Louisiana, where it was born, and spread unevenly in popularity all over the U.S. The flags show in the millions. As a teen in California I remember many of the songs I saw and heard in the Swamp Pop Music Museum in Ville Platte. Great memories and traditions. I just didn’t know much about the individuals and how it developed. 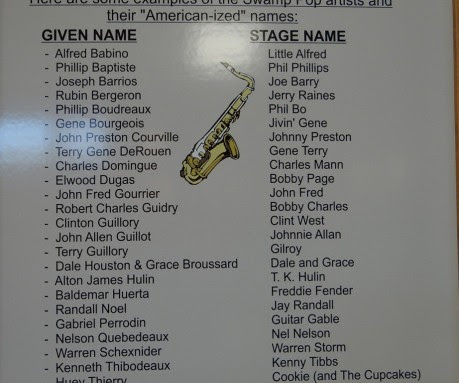 French Cajuns had some strange-sounding words and names. Tongue twisters for radio announcers, so they developed suitable compilations of their names, shortened, easy. There was also some hesitation from the performers because of their unique language, a blending of English and French and some African lingo thrown in. It suited the community from which it sprung and grew but they were punished for it when they attended school. 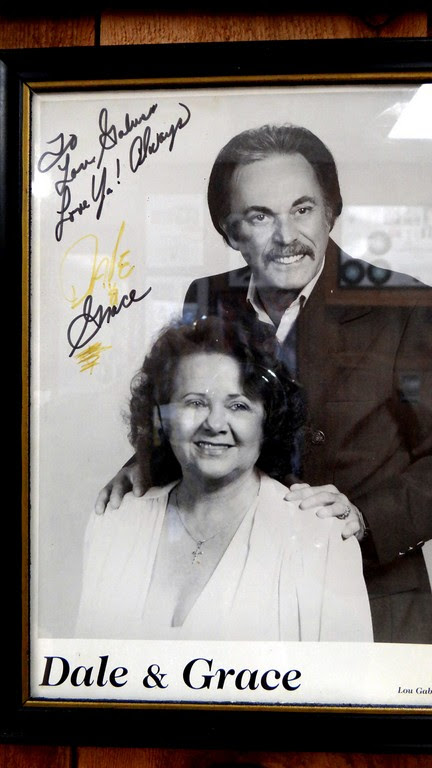 Some of these great performers were on the charts along with Elvis Presley. I just look at Dale and Grace and hear “I’m leaving it all up to you.ooh.ooh..you decide, whatcha gonna do…” 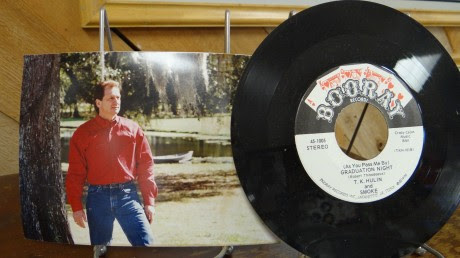 “Graduation Night”  TK Hulin. I did not remember his name until I came here. They have a huge collection of 45′s you can listen to. 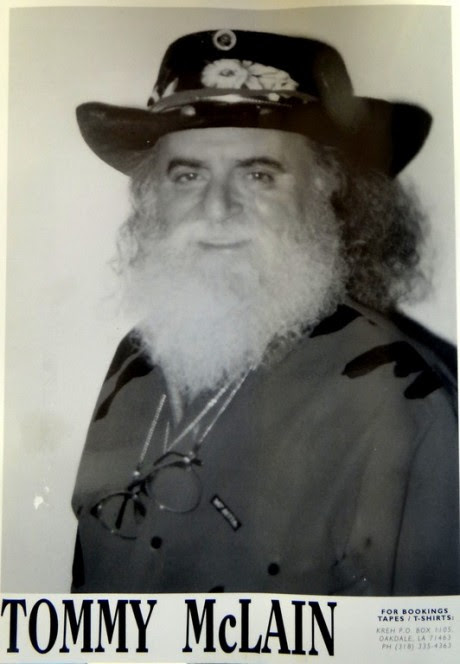 They sell out a Swamp Pop Reunion every year here in Ville Platte. Wish we had made it. All the living greats return. I hope PBS revives their music like they have the old rock n’ roll groups and folk singers. I’m going to call Sacramento PBS and see if they have plans to do it and point them to Southern Louisiana, the berceau of Swamp Pop. 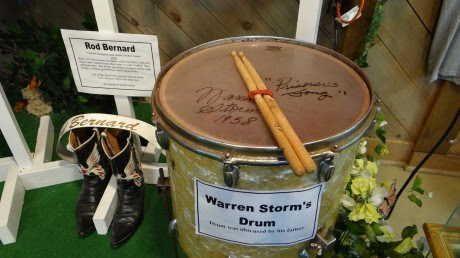 They have artifacts and autographs and other things to enjoy. It is a small museum. But, it is the music that you remember.  Freddy Fenders, “Until The Last Teardrop Falls..” Warren Storm’s “Wasted Days and Wasted Nights”. Tommy Mc Clain’s, “Sweet Dreams.”  Such fun.
http://en.wikipedia.org/wiki/Swamp_pophttp://en.wikipedia.org/wiki/Swamp_pop
Wikipedia has an in-depth  article on the origins of Swamp Pop (above). 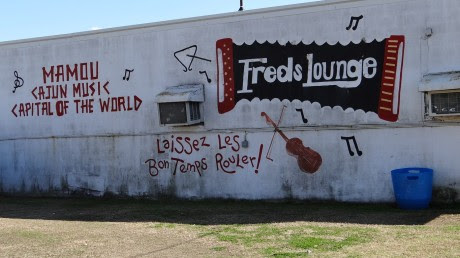 We moved on to Mamou to catch Fred’s Lounge in the morning. Jim  just happened to meet Tauntie Sue coming out the back door. Jim asked if it was okay to park on the side street. She said,”No, come park at my house, I just live down the street. I can hook you up with power.” 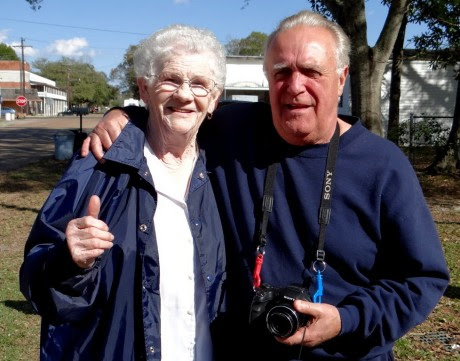 She is such a sweet and generous soul. We visited Fred’s Lounge in 2010 and Sue was still tending bar in the lounge she and her husband opened in 1946. Fred died in 1992 and Sue has kept it going for all day Saturday, drinking and dancing to a live Cajun band that is broadcast live on radio.  She told us she quit tending bar, but she goes every Saturday, sets up and enjoys the music and the patrons. The popularity of the place started when Charles Kuralt stopped there and made a segment  about the bar for his television show. It has grown and grown ever since. 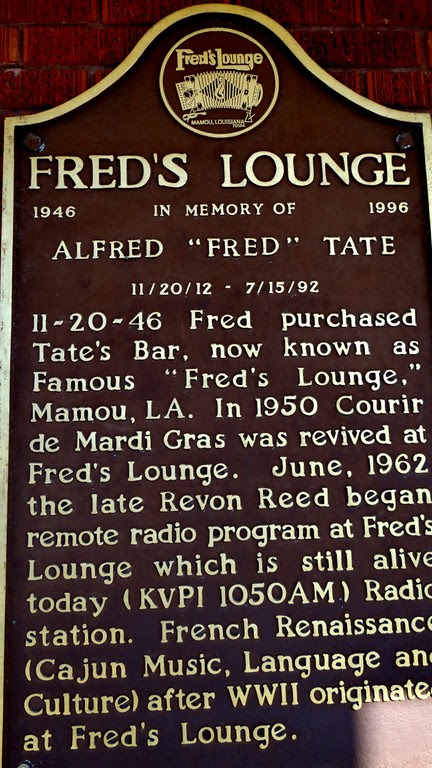 This historical plaque is posted on the building. 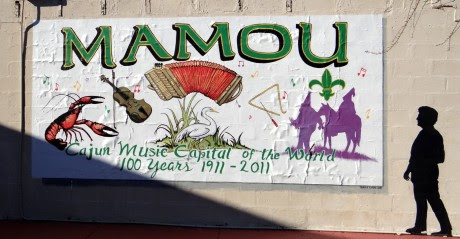 Jim’s visited Mamou several times but had never walked around the town. We found a square put up by the local rotary club, honoring the Cajun Music Capital of the World. 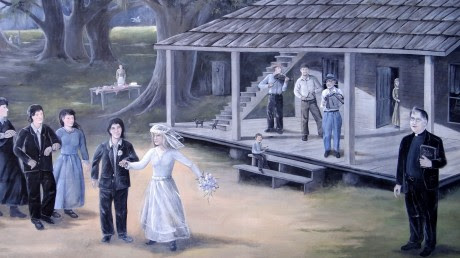 A huge mural lines one wall of the square. This is a wedding scene. I love the little boy clacking spoons to the music on the porch. Very realistic beginnings for some Cajun musicians. Making the table in the yard  ready for the food to follow. (You can double-click pictures to make them larger.)

And, on that same wall, twelve people honored for promoting and identifying the passion and spirit of Cajun music that have made Mamou the Cajun Music Capital of the World. I tell you, Southern Louisiana  is all about good music and good food and friendly people. Taunte Sue is the only woman on the wall. 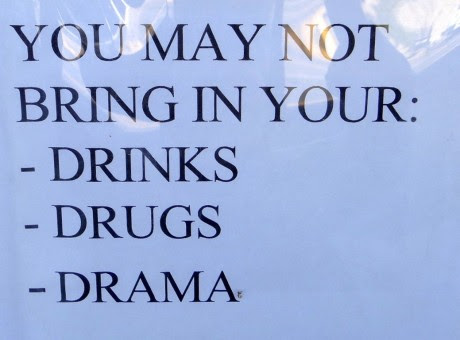 We walked Main St., which isn’t very long. Manuel’s Bar across the street from Fred’s Lounge started the same year, 1946. We talked to the son of the original owner who we met on the street. This sign was on their window. I liked the “drama” part.
Tauntie Sue’s rules are No Swearing, No Fights, No dancing on the tables. We stayed all day last time, and everyone danced, drank, ate from the jambalaya cooked up out back by some volunteers, and had a great time. No one got drunk and out of line. Tauntie Sue suggested a great restaurant, right across from her Lounge. But, they weren’t open when we were hungriest and we ate Tasso stew at home instead. And some shrimp with Jack Miller’s cocktail sauce for an appetizer. Good stuff!
Posted by Mary Matzek at 4:44 AM

I enjoy what you guys tend to be up too. This sort of clever
work and coverage! Keep up the fantastic works guys I've incorporated you guys to my blogroll.

Have a look at my web page; studiolinkedvst@gmail.com