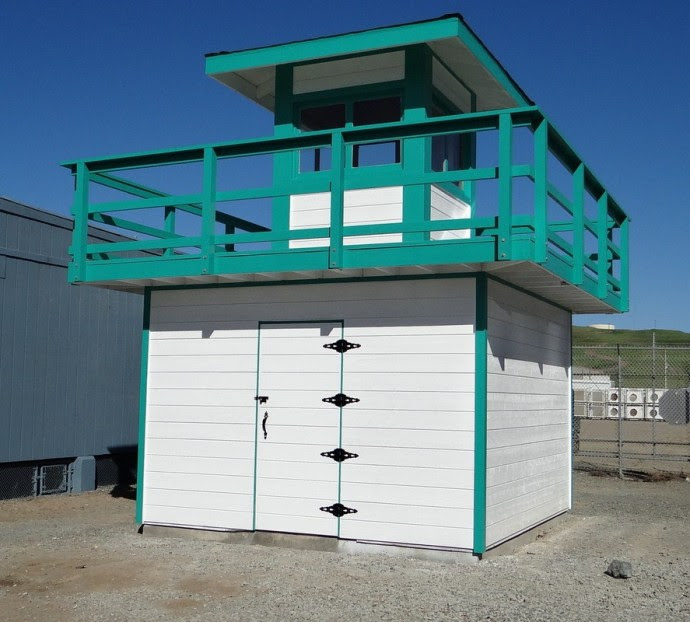 I went yesterday to visit the Alameda County Archive and Museum. The Old Guard Tower  has been relocated and rebuilt, but not restored. Unfortunately, none of the original materials were saved. It is newly painted, bright and true to the original colors and basic design and, of course, the vast difference between the old and the new guard tower on the grounds is stark. The new one has electricity, heat, a telephone and its own toilet. The old was considered an “outdoor” assignment. 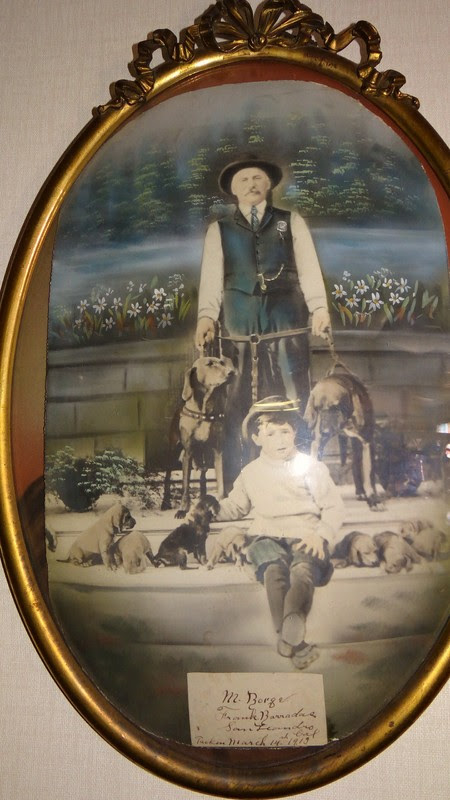 Every time I visit the archive, I find something new. This picture was taken in 1913 of a deputy who worked for Alameda County along with his gun and badge. The acquisition was brought to the archive but the information about this gentleman’s service has yet to be researched and printed up. We wondered whether the hounds were used to aid the department in any way? Click on the picture to make it larger. 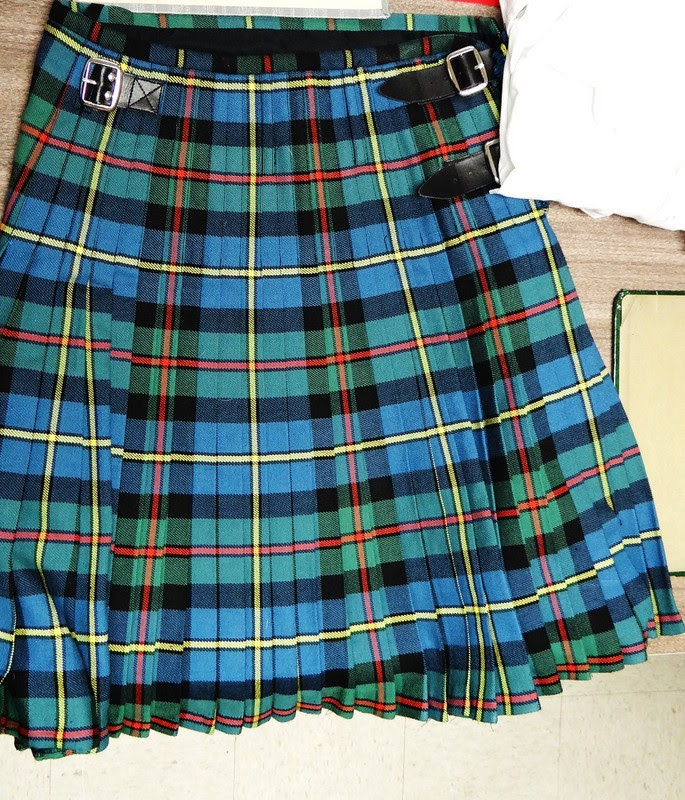 Another new acquisition was a set of kilts. The department has a pipe band. They play at funerals and parades for the department. Years ago, underwater rescue, any aerial pictures taken for the department, the mounted posse, spotting planes during WWII,  search and rescue, were auxiliary activities done by volunteers. The pipe band falls into that category. 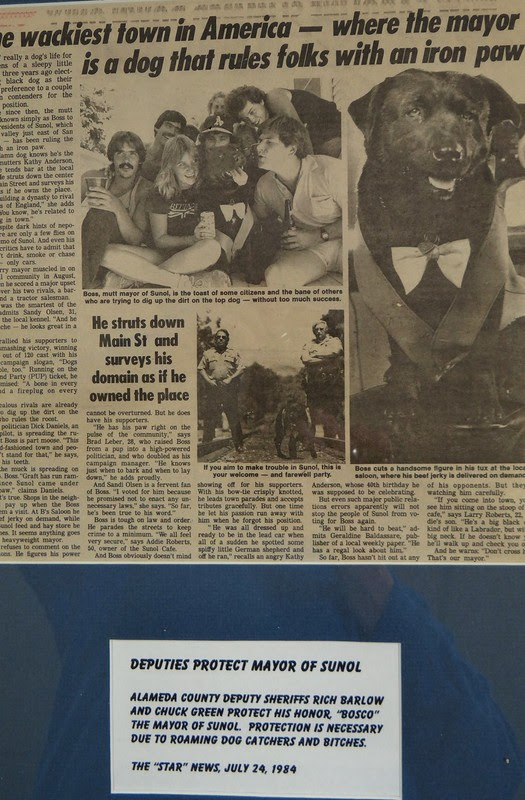 Another acquisition is this newspaper story of the Mayor of Sunol, a dog named Bosco. Sunol is a sleepy little town between Niles and Pleasanton in the Niles Canyon. Bosco is no longer living, but his reputation lives on at the archive.  Bosco’s story reminds me of my blog from La Conner, WA. called “Dirty Biter”, a similar town dog honored with a statue on the Main St. 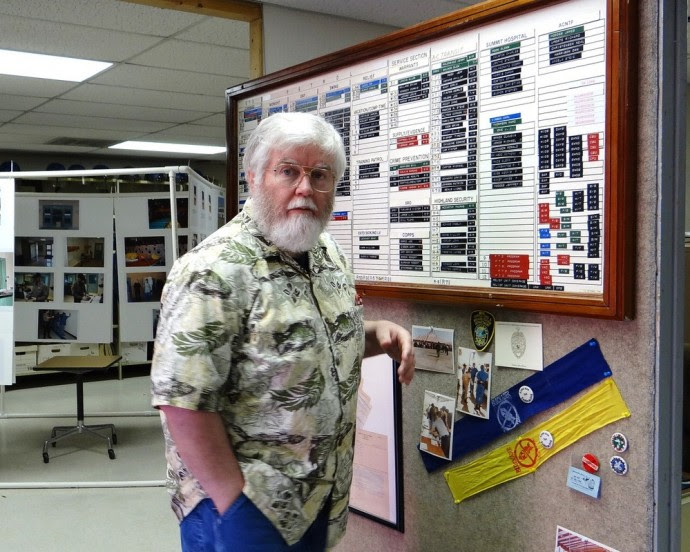 Retired deputy Pat Higgins Jr. came to visit. His father retired from the department as well. 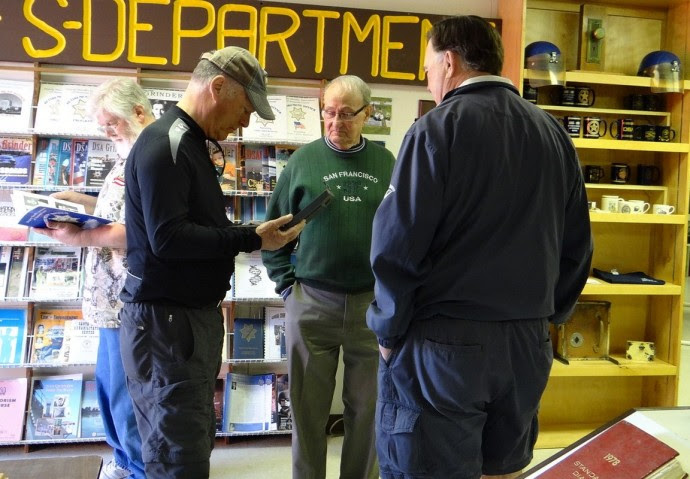 Jim Knudsen with Al Ianarelli and Bill Rhodes, came to tell us his Uncle, Gene Davidson is the oldest living Deputy Sheriff from the department and will be feted at his 100th birthday later this month.  We have a manuscript of his remembrances of service from the early days with some amazing stories of bootlegging, wide open gambling, prostitution, and frontier justice. 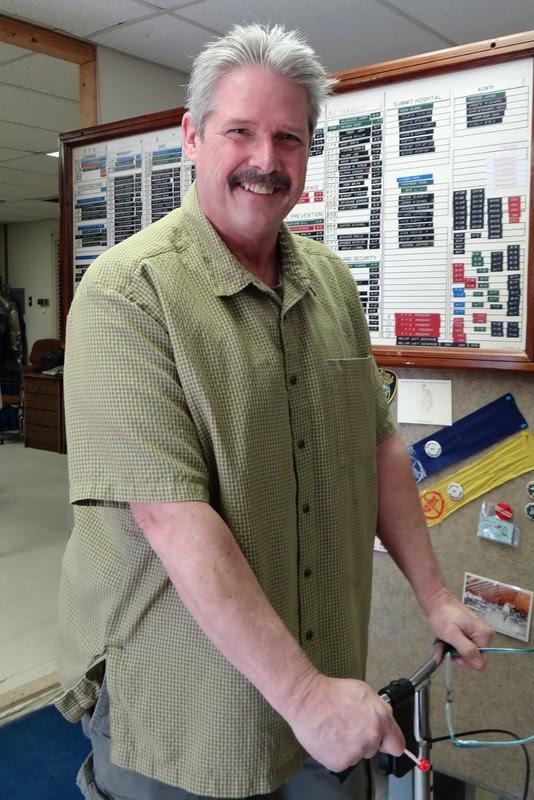 In the afternoon, we had a first time visitor to the archive, retired Deputy Glenn Moon. He is recovering from a bike accident and decided to come for a visit. He is now on my list to interview for the archive. 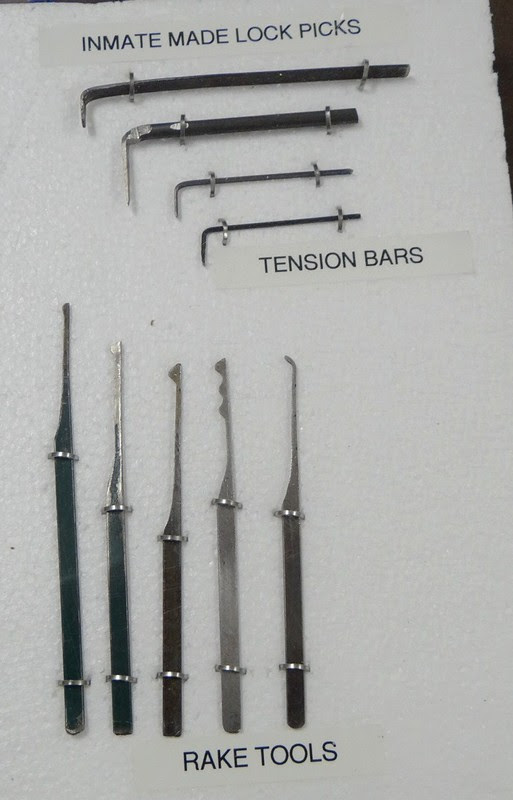 We have quite a collection of inmate weapons, tatoo devices, drug paraphernalia and now, with this acquisition, lock picks. The ingenuity of an inmate intent on making something from whatever he can find, is ever fascinating. The tines of a leaf rake, a couple of them still show the green paint, used to open locks. I wish I had a set.

I do not even know how I ended up right here, but
I thought this put up was good. I do not understand who you're but definitely you're going to a famous blogger in case you aren't already. Cheers!

Howdy! I'm at work browsing your blog from my new iphone! Just wanted to say I love reading your blog and look forward to all your posts! Keep up the excellent work!

Write more, thats all I have to say. Literally, it seems as
though you relied on the video to make your point. You
definitely know what youre talking about, why throw away your intelligence on just posting videos to your blog when you could be giving us something informative
to read?

Post writing is also a excitement, if you be acquainted with then
you can write if not it is complicated to write.

If you wish for to get a good deal from this article then you have to apply these techniques to
your won web site.

Take a look at my site ... recommended Reading