My daughter-in-law, like her mother before her, is an excellent cook. The bird was succulent, the dressing and gravy likewise. She is gluten sensitive and both were made with that in mind. Virginia brought the desserts and made a special pumpkin pie for Laurie, gluten free. 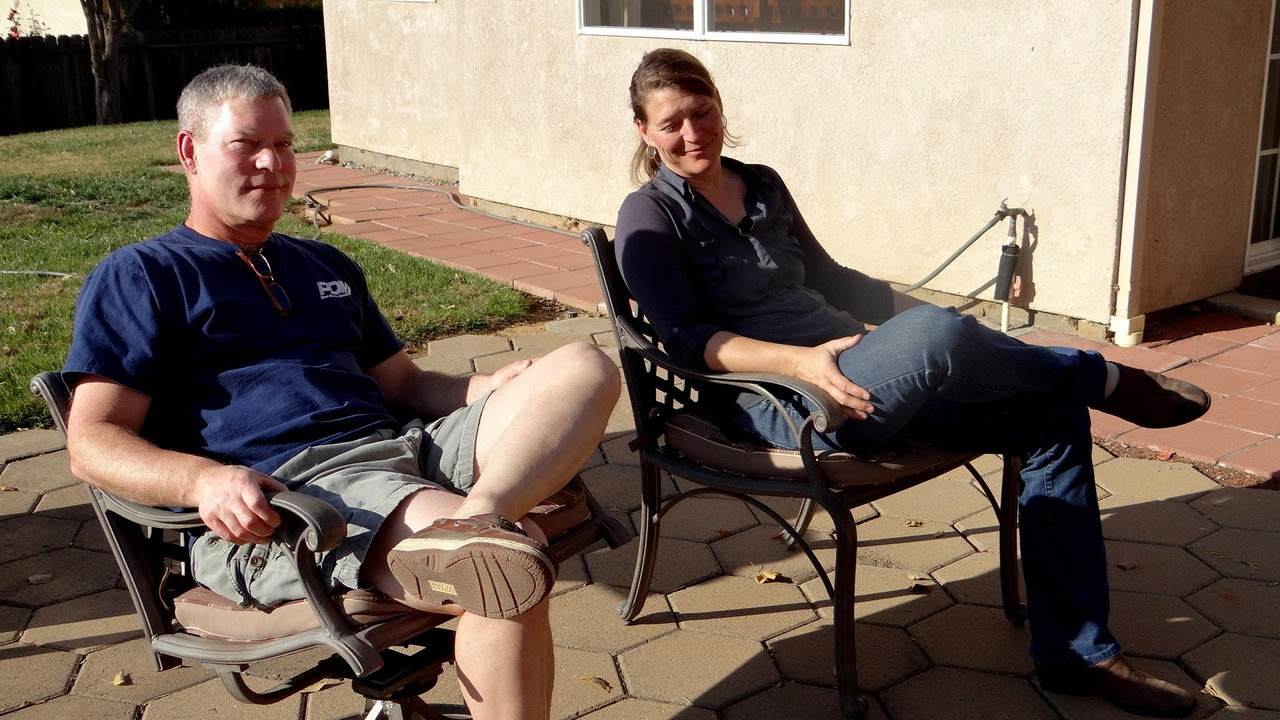 The day was so balmy, we spent part of the day outside. We had two games of bocce ball going, with two teams on different parts of the lawn. Laurie cooked the bird, and Ken roasted precooked sweet potatoes with rosemary and a tri-tip on the barbeque. Doug made an 8 pound lasagna with turkey meat. 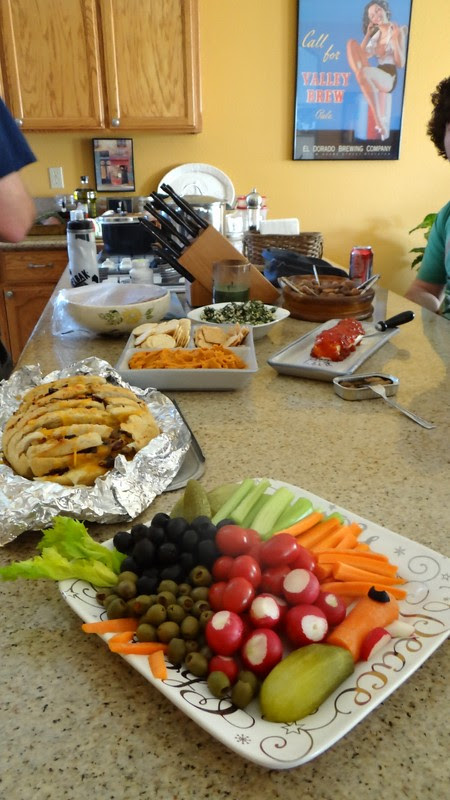 We began munching at noon and continued right on up until dinner was served. Everyone ate too much, which I suppose, in a way, is the usual ritual. 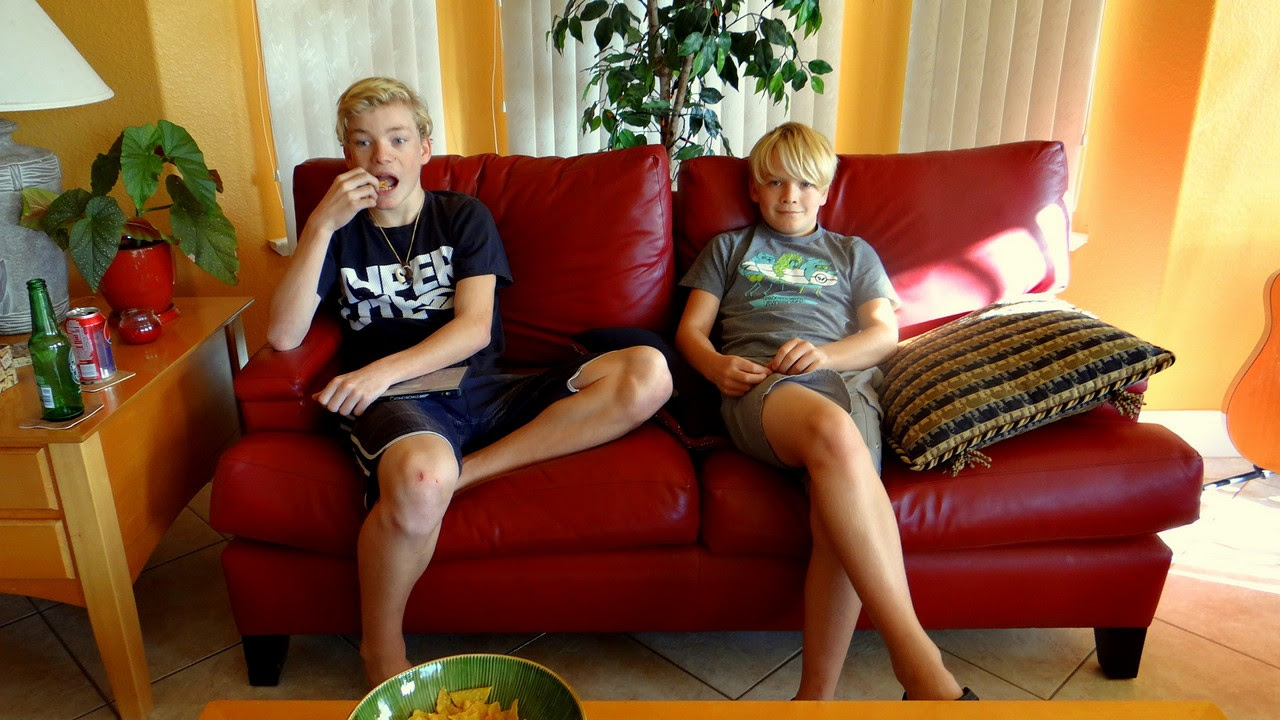 Ken and Laurie recently moved to Valley Springs. It was an opportunity to showcase the "new" house. 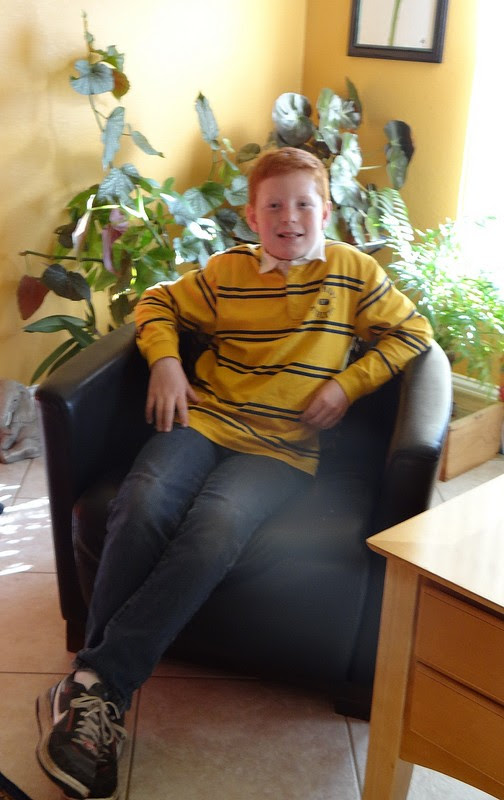 While his parents couldn't make it, Austin got to spend time over the Thanksgiving Holiday school break with his cousins. 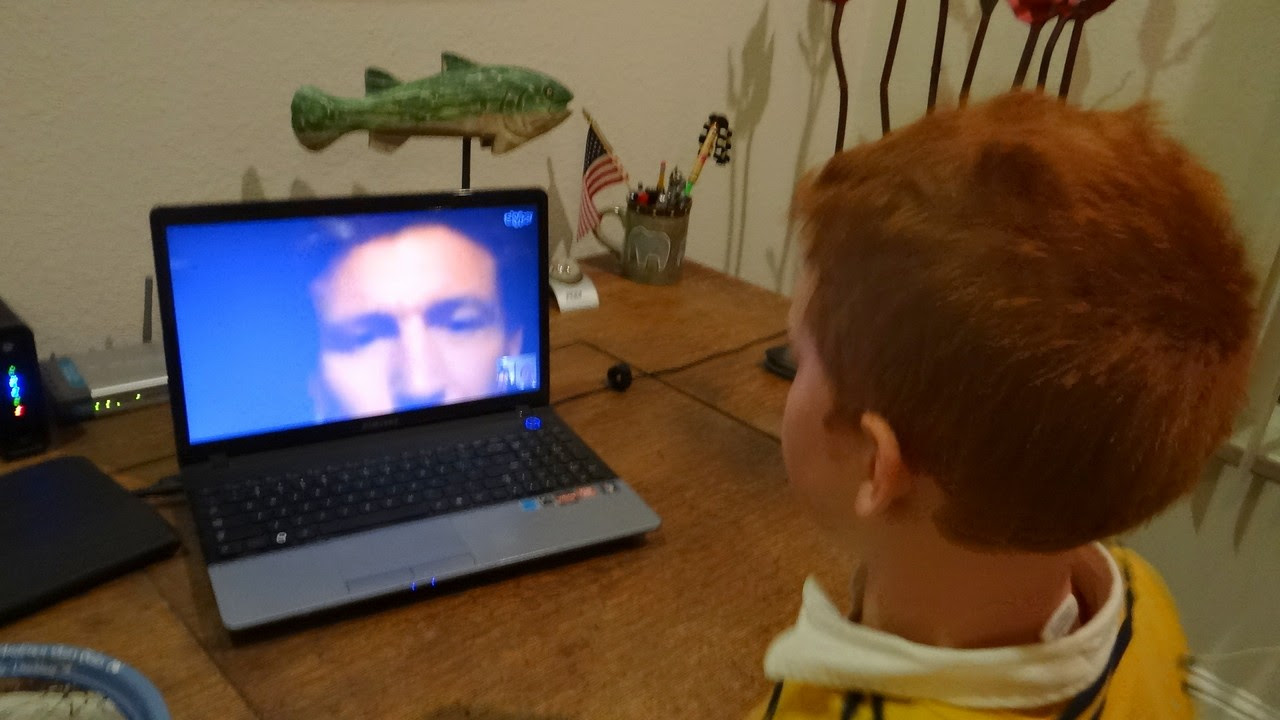 Through the wonders of technology, we skyped and talked to daughter Kristanne who has a new job and couldn't get enough time off to attend.  Austin skyped his dad in Southern California, so we all got to communicate our good will and love to those missing from the celebration. 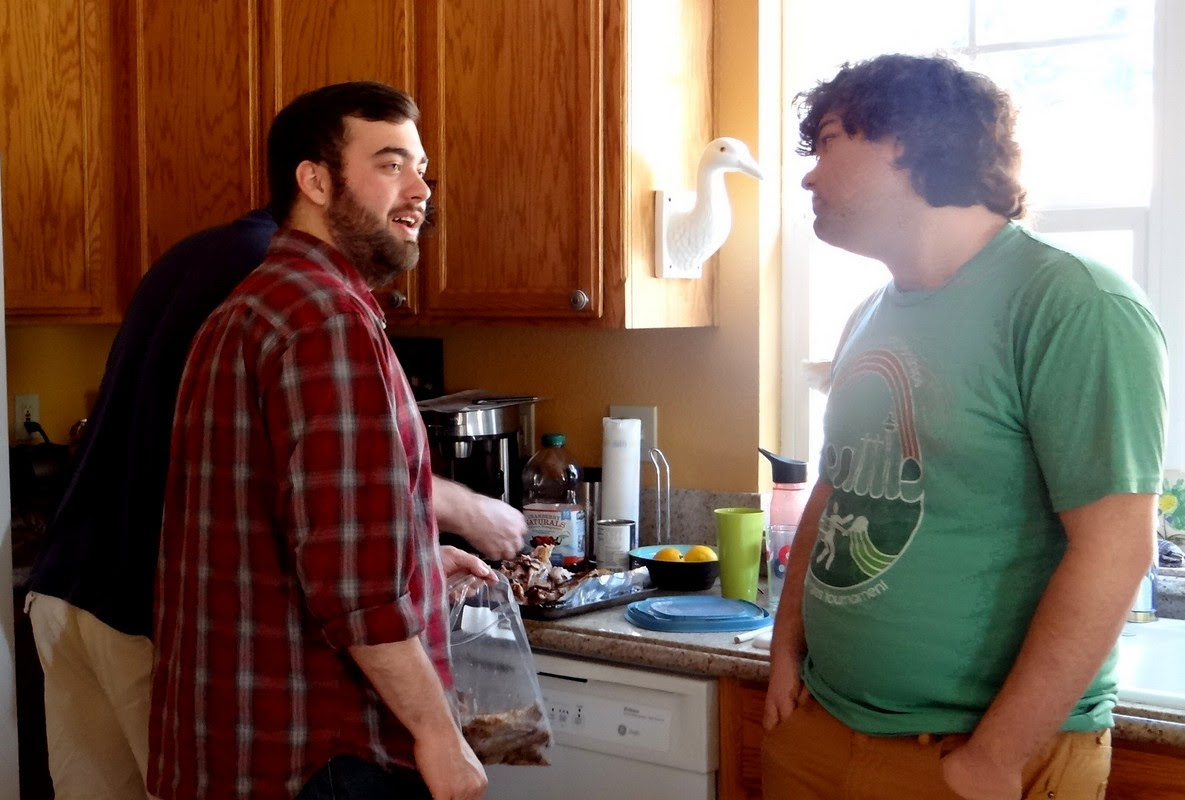 Doug taught Stewart and Mason how to part out a turkey and put the bones in a bag for soup. He is ever the educator, completely at home in the kitchen and likes to interact with his nephews. Mason seems a bit less interested in the process judging from his body language. Mason is doing really well in his first year of college and is especially good at French and math. Stewart is now firmly aimed at a major in his sophomore year, teaching English as a second language. He is recently published in a small literary magazine with a piece of his fiction. Both boys are gifted students and enjoy playing their musical instruments. 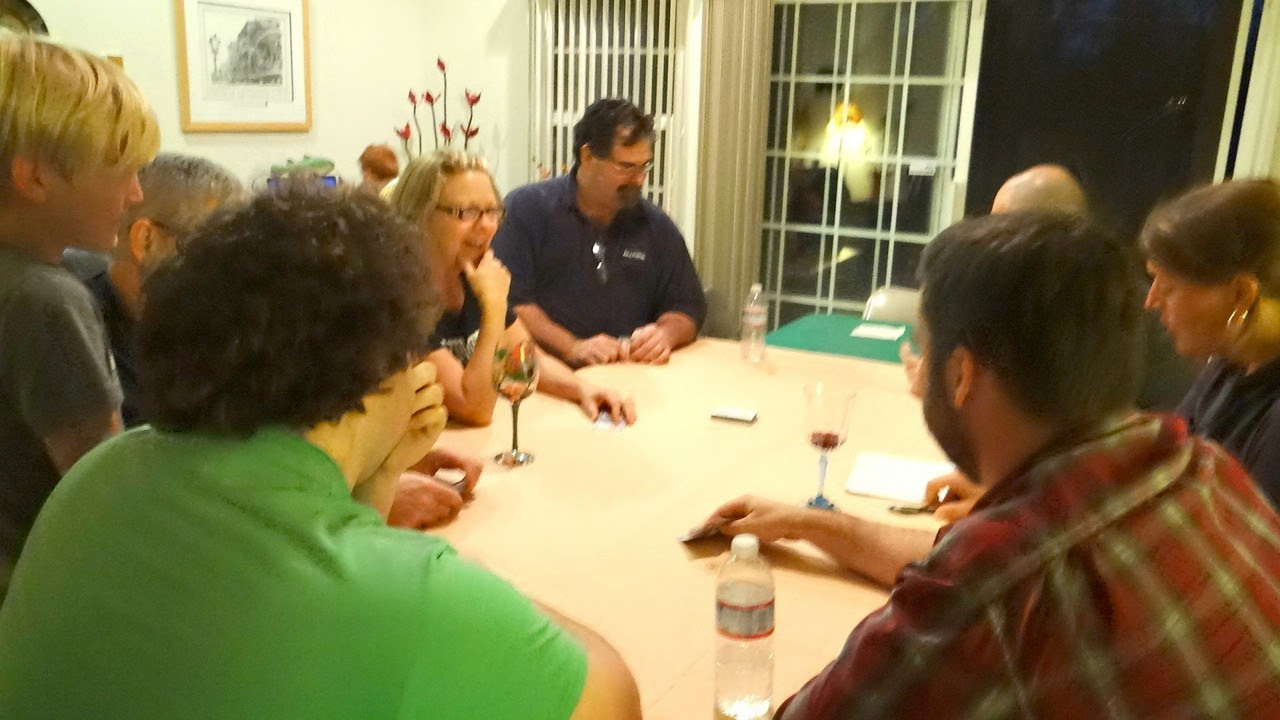 As night came on, nearly everyone got into the card game, elevator, a bidding game. 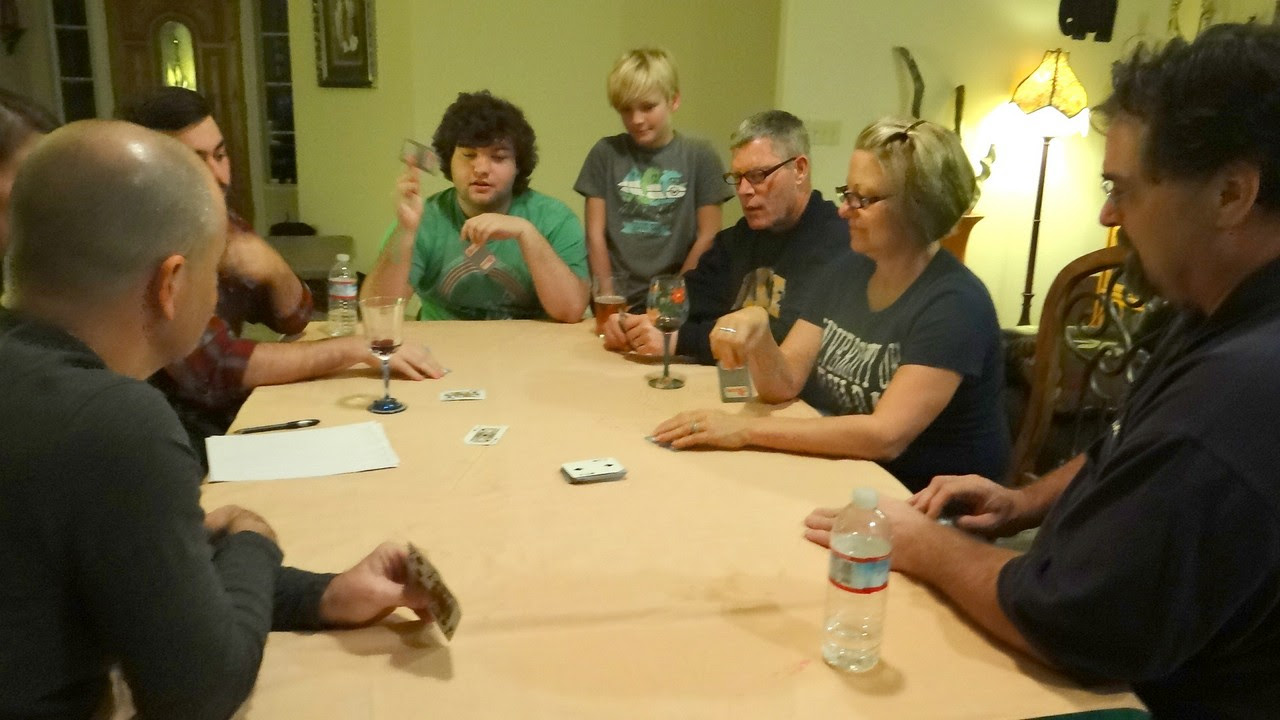 The little guys watched this time, but they usually get in the games, too. 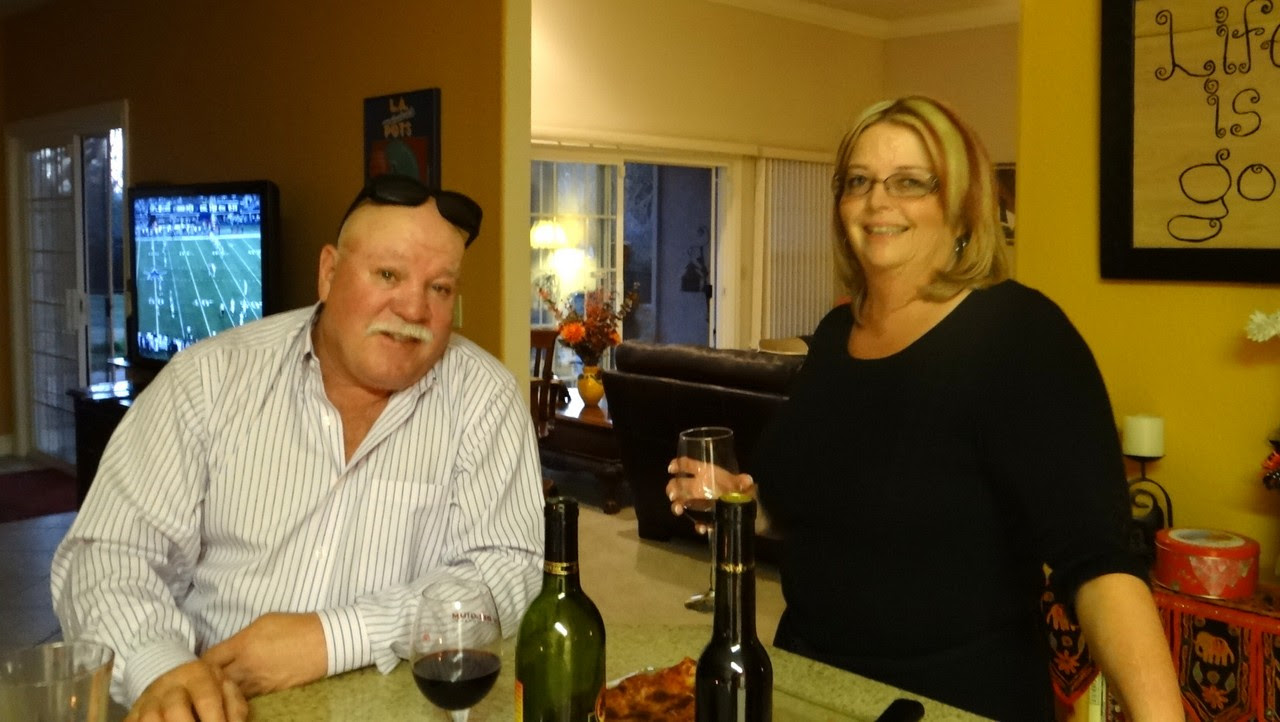 Clark and Theresa had multiple commitments and came late. Another excellent cook, everyone looks forward to what she will add to the table. Oh, my! And Clark is another whiz on the barbeque. 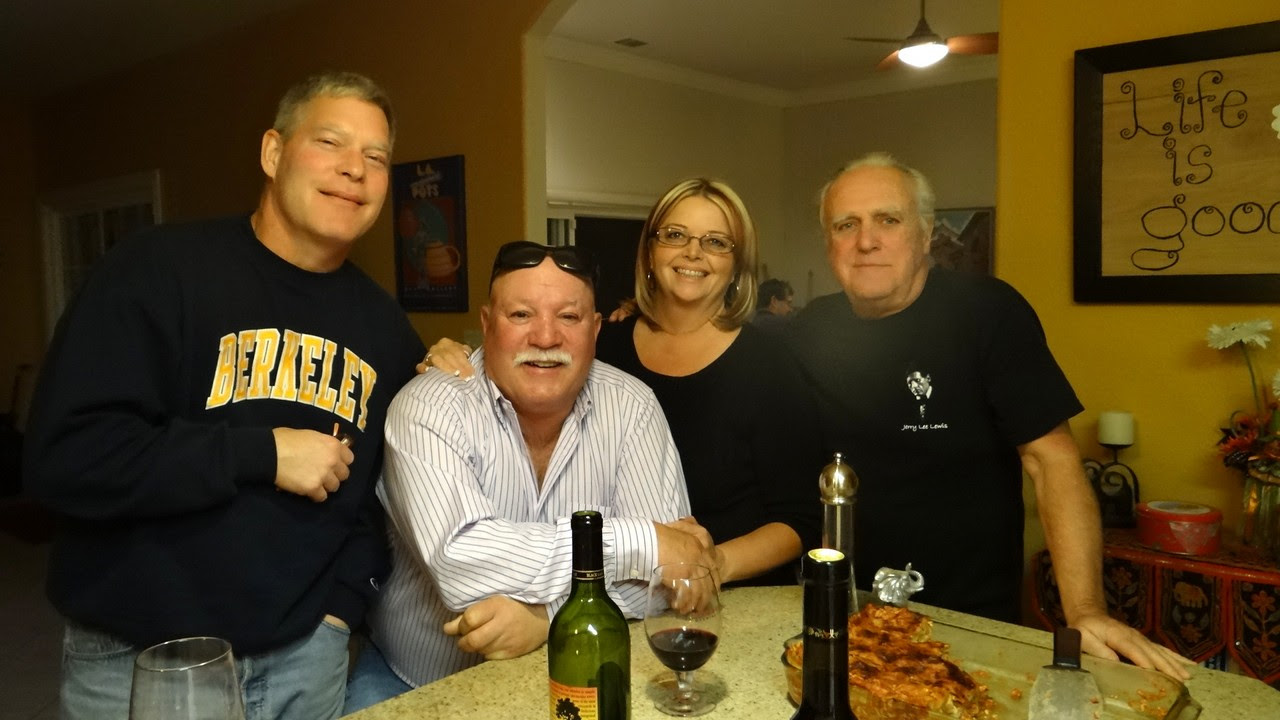 The sign on the kitchen wall says it all.  Life Is Good.
Posted by Mary Matzek at 7:30 AM