A BRIGHT SPOT IN EVERY DAY. 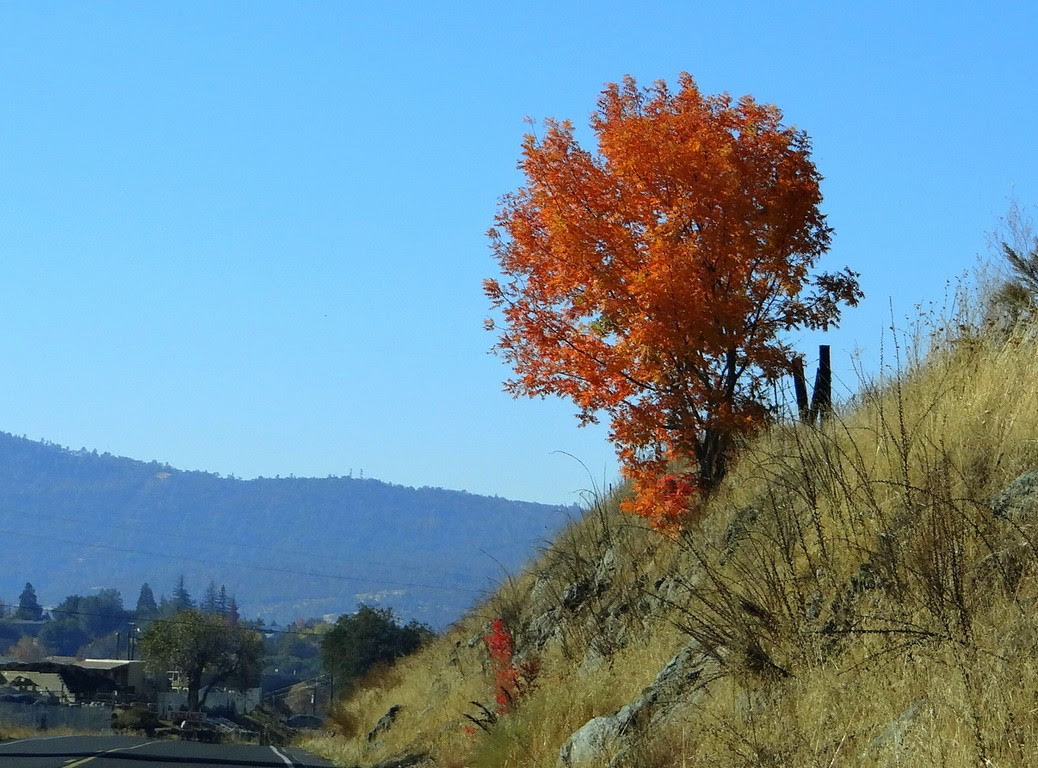 An early appointment for a therapeutic massage put me on the road to Angels Camp on the Murphys Grade Rd. And this tree popped into my line of sight. It was so bright it appeared to be on fire. I couldn't believe it, but, the picture doesn't do it justice. Kind of reminded me of Moses and the burning bush. My daughter Virginia climbed Mt. Sinai and spotted a similar burning bush lit by the rays of the sun. She went to college one year in Egypt. 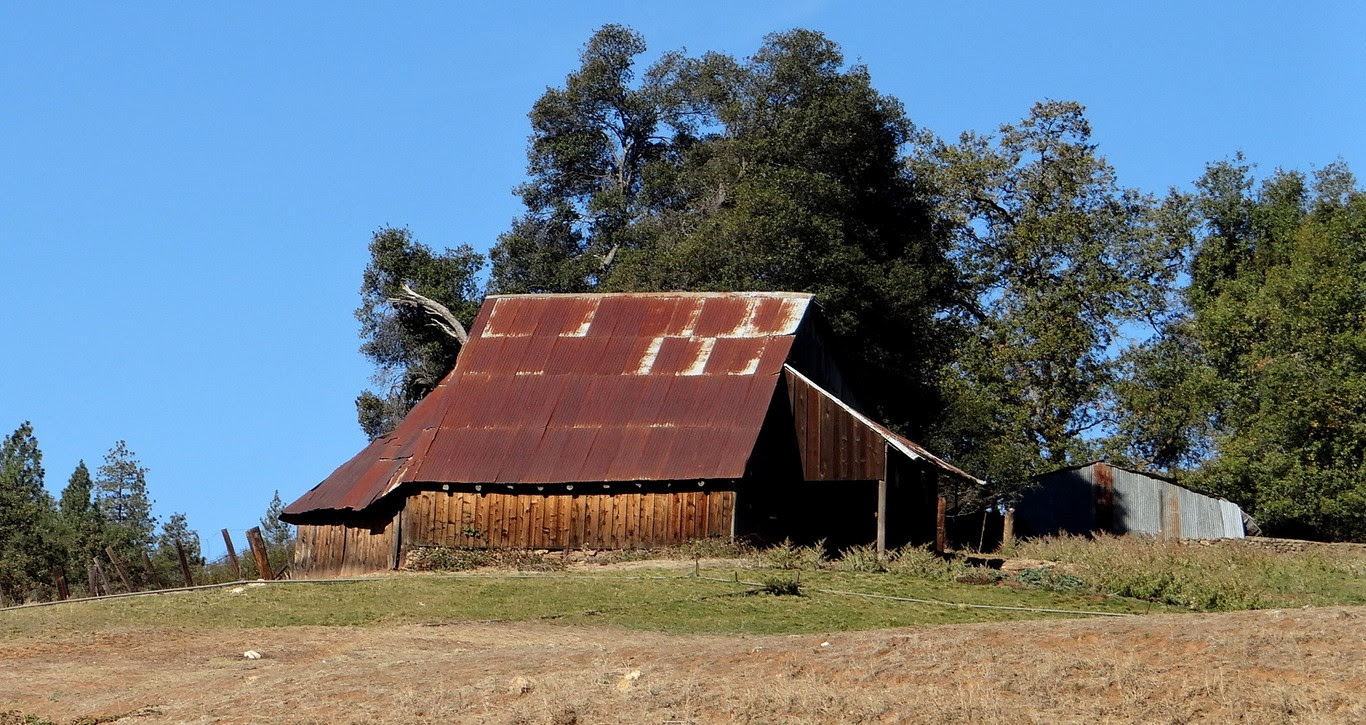 Because I was early for my appointment, and the sun was so perfect, I stopped for a couple of barns. I'm sure everyone but me is tired of barn pictures. I don't know the owner of this one. 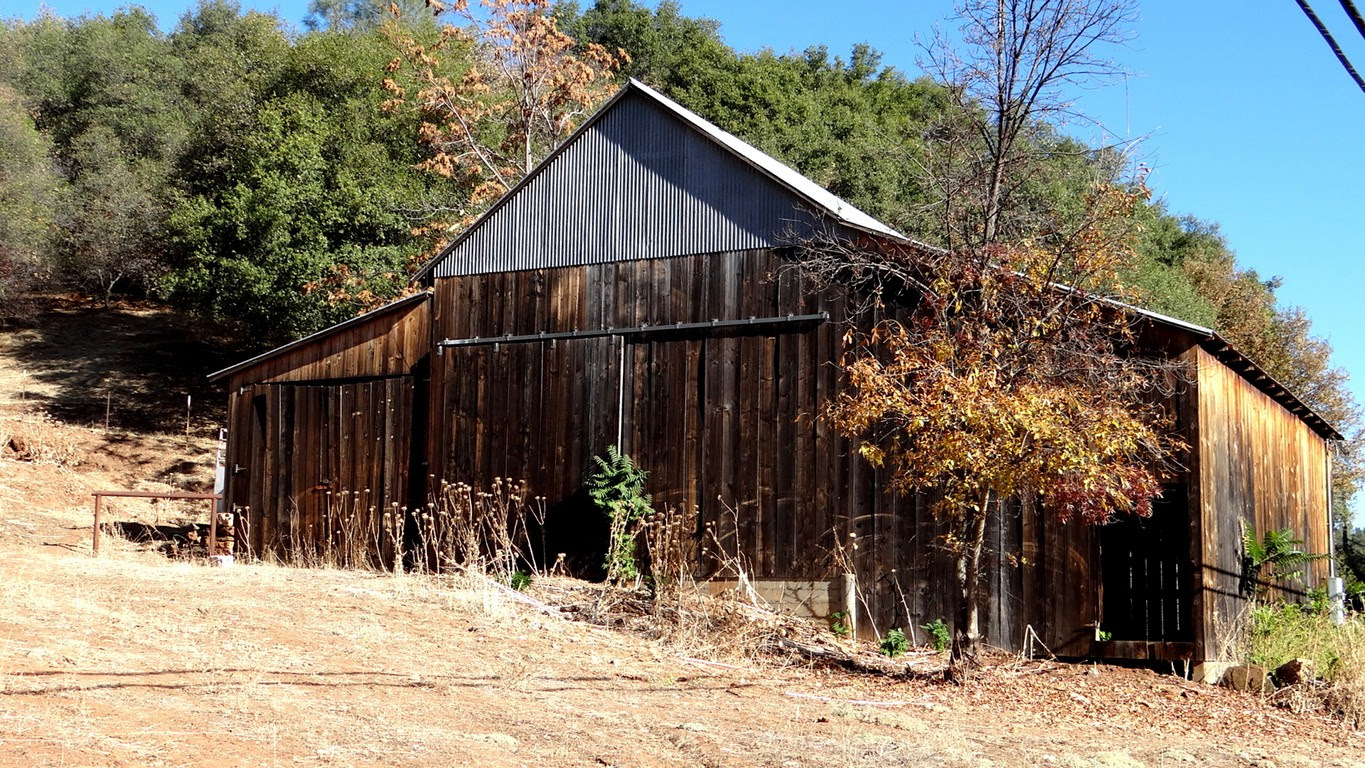 This one belongs to Tom Tryon, a friend I haven't seen in a three or four years. How does that happen, I ask myself? 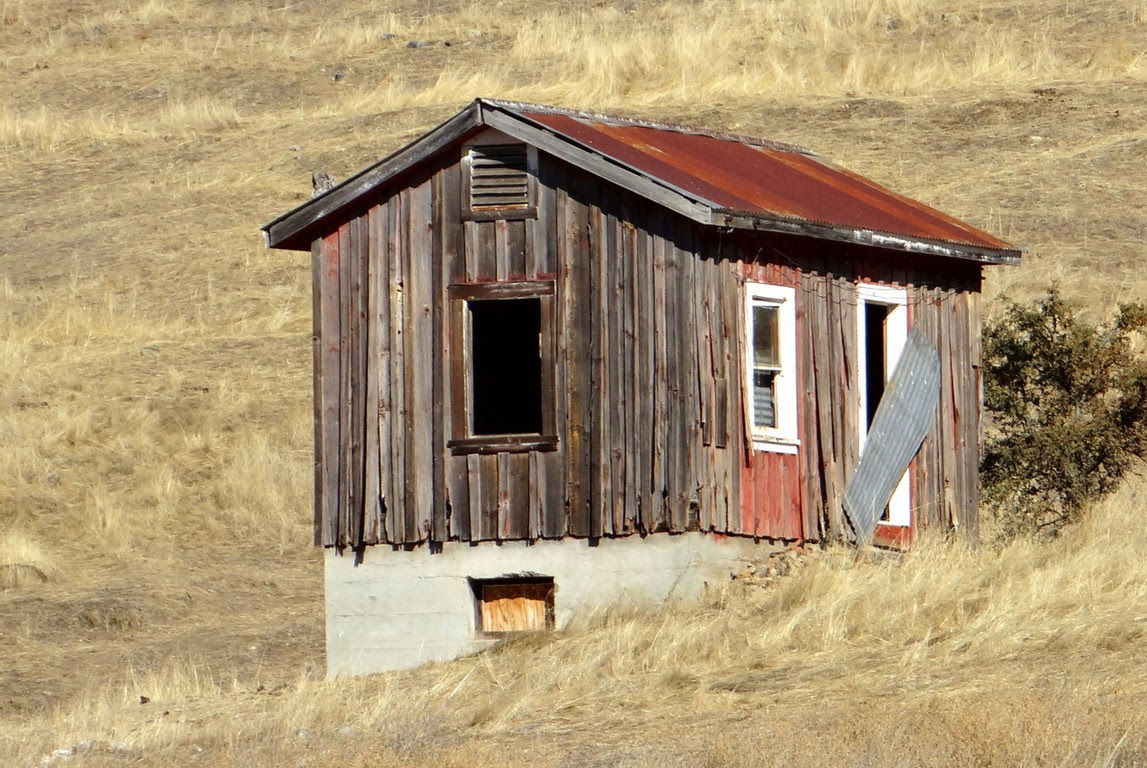 And, this little miners shack, just west of town. I wanted to do some grocery shopping but the stores were packed, so I skipped. 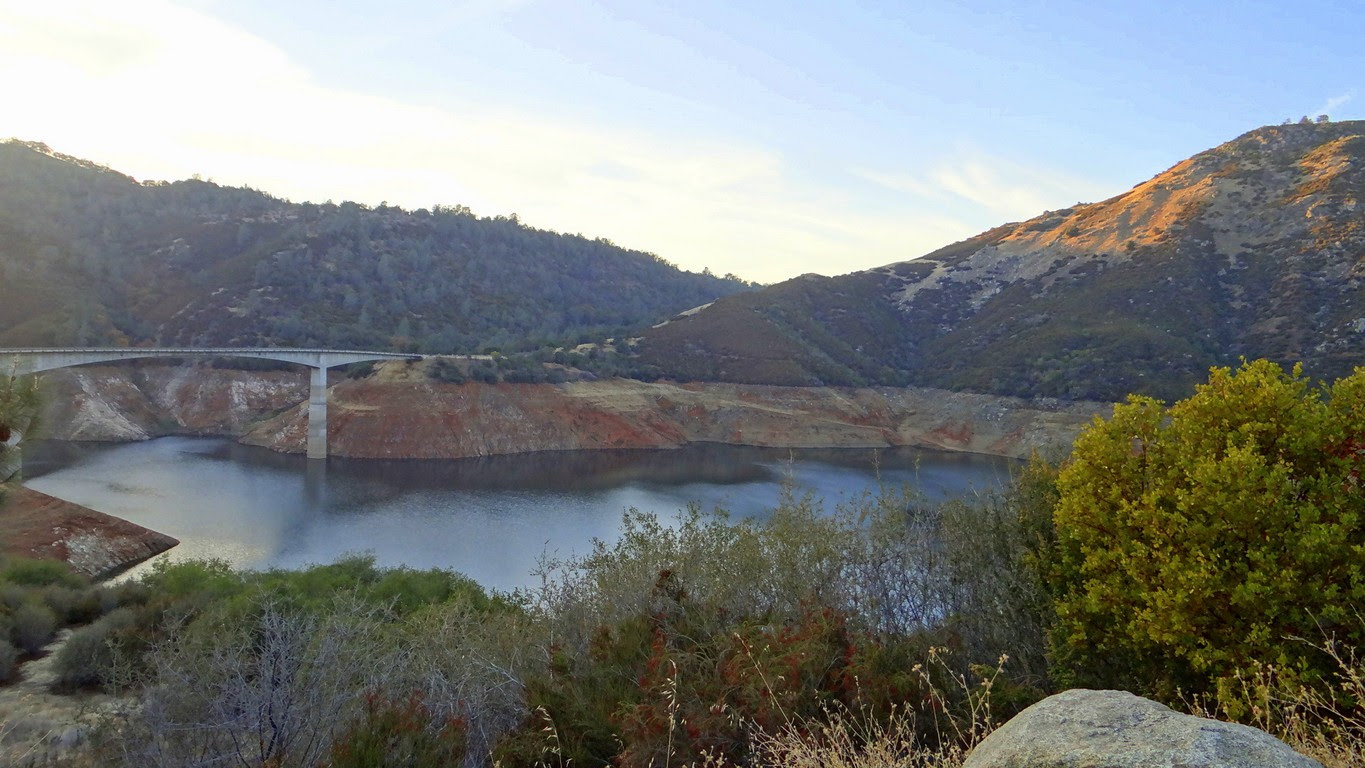 About 4:00 in the afternoon,  I drove to Tuolumne County for my Elks Club dinner meeting. The reservoir is down so low it is scary. 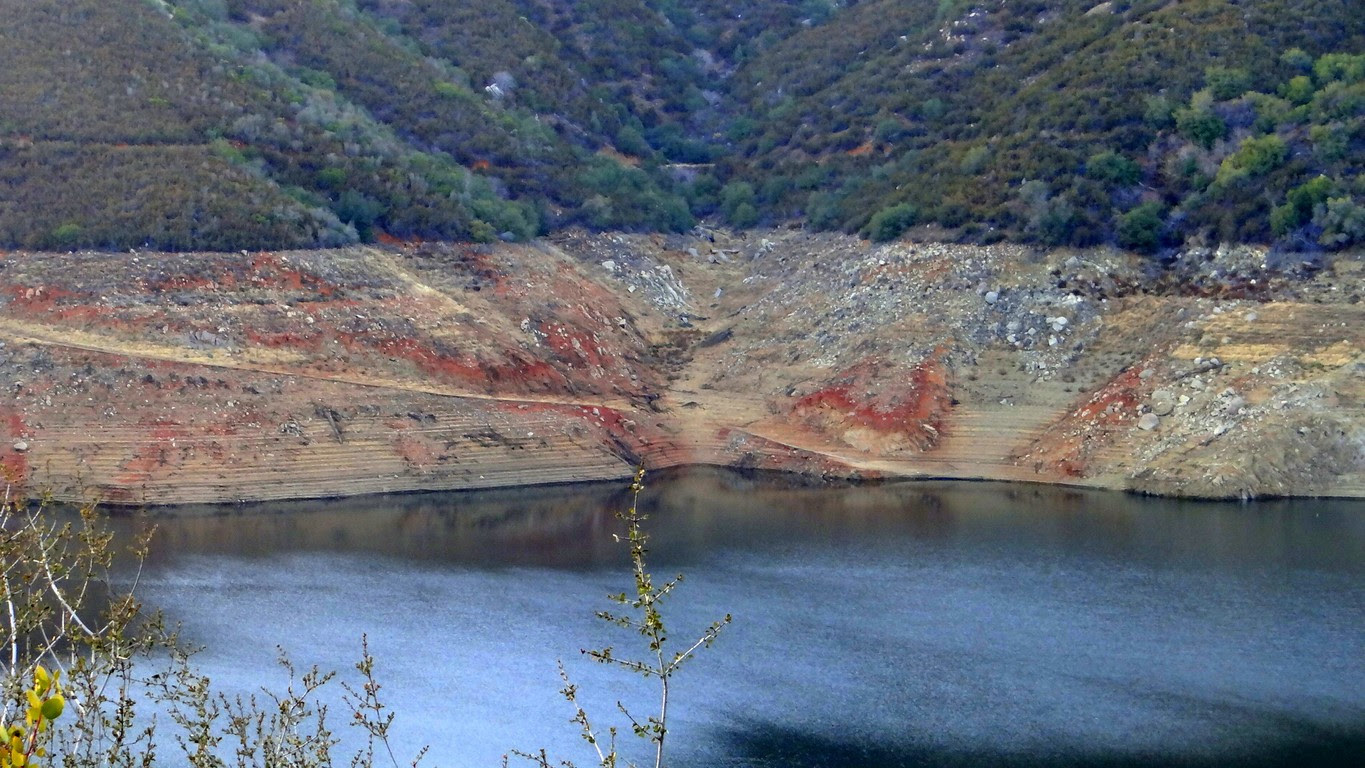 You can see remnants of the old road before Spicer Dam flooded the area. I used to love this windy road down to the bottom of the canyon, over the river and then back up to the Tuolumne side. I still like it, even with the changes and the "new" bridge. 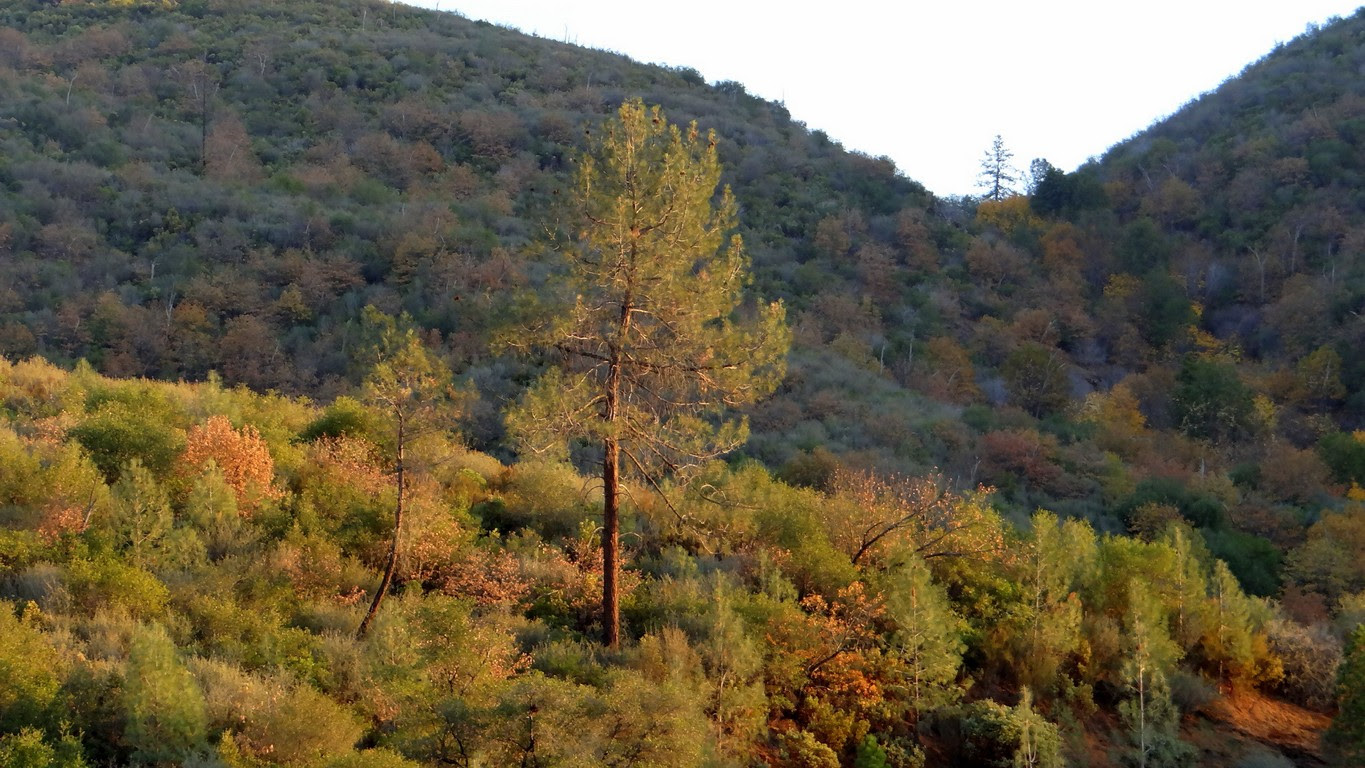 The low sun lit up the hillside across from the Bridge, and I had to stop a minute and admire the scene. 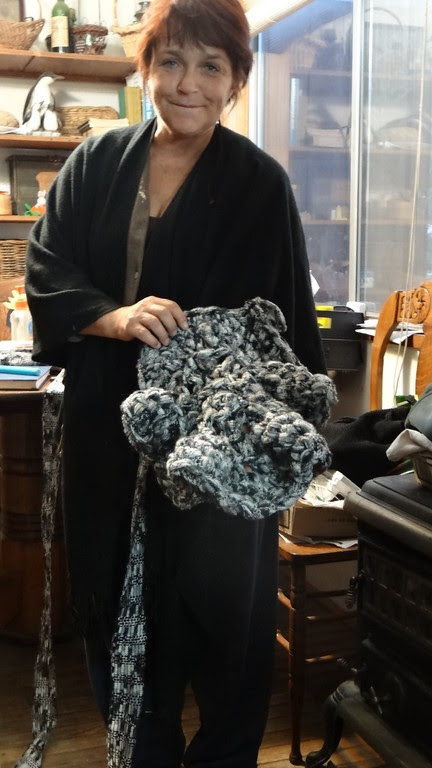 I left early enough to stop in and see Anne and her caretaker, Tynna. They are now out of quarantine. Tynna showed me the lap robes they are knitting for wheelchair bound people, for Christmas. Their charity. Tynna does most of the knitting and Anne tells her how to do it in a round shape so they don't catch on the wheel chair mechanics. Years ago, Anne made give away baby quilts and used up tons of what would have been throw-away material. 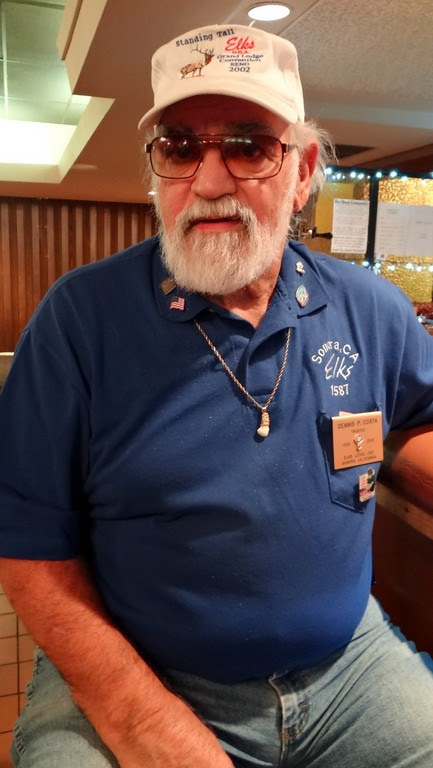 Then, on I went to my Elks Club dinner meeting. Because I travel so much, I don't know everyone. But, I usually get to know one person at a time. I ordered a craft beer at the bar and Dennis Costa told me about his son, who is the brew master for Half Moon Bay's brewpub. I love Half Moon Bay, so hopefully I'll get to meet him someday and enjoy a brew.

Another bright spot. I spoke with this woman and said, "How are you?"  Her answer, "I'm superb!"  I loved it. Apparently she had been ill and was reveling in her wellness. Her husband is the Elks Foundation Leader. I like Elks Charity which supports abused children. The foundation raises funds for the National Office. 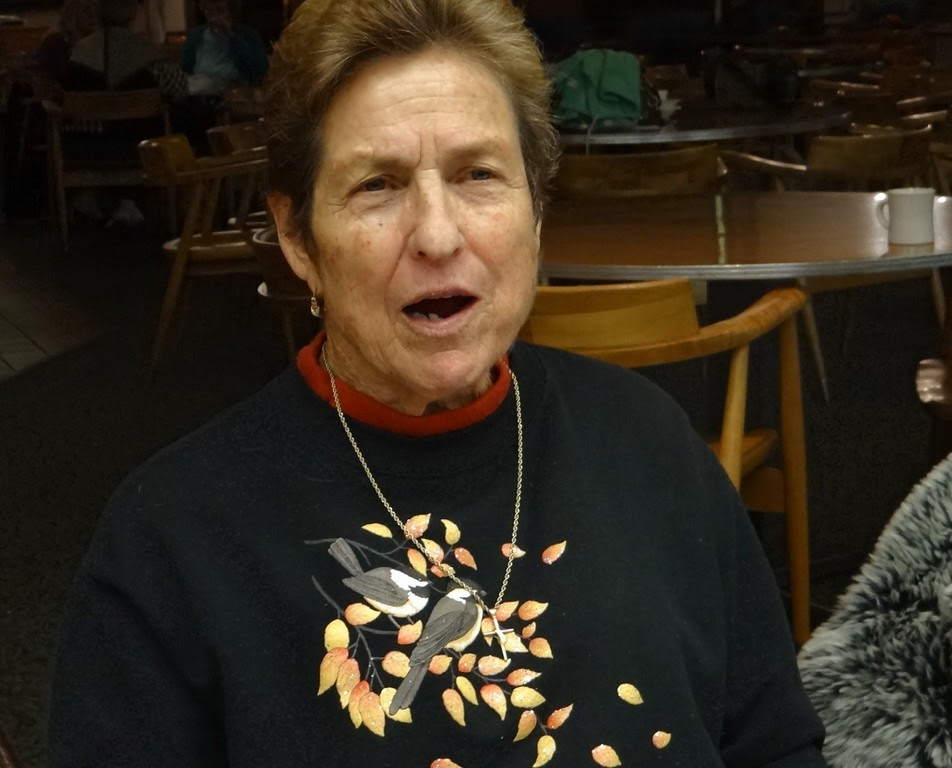 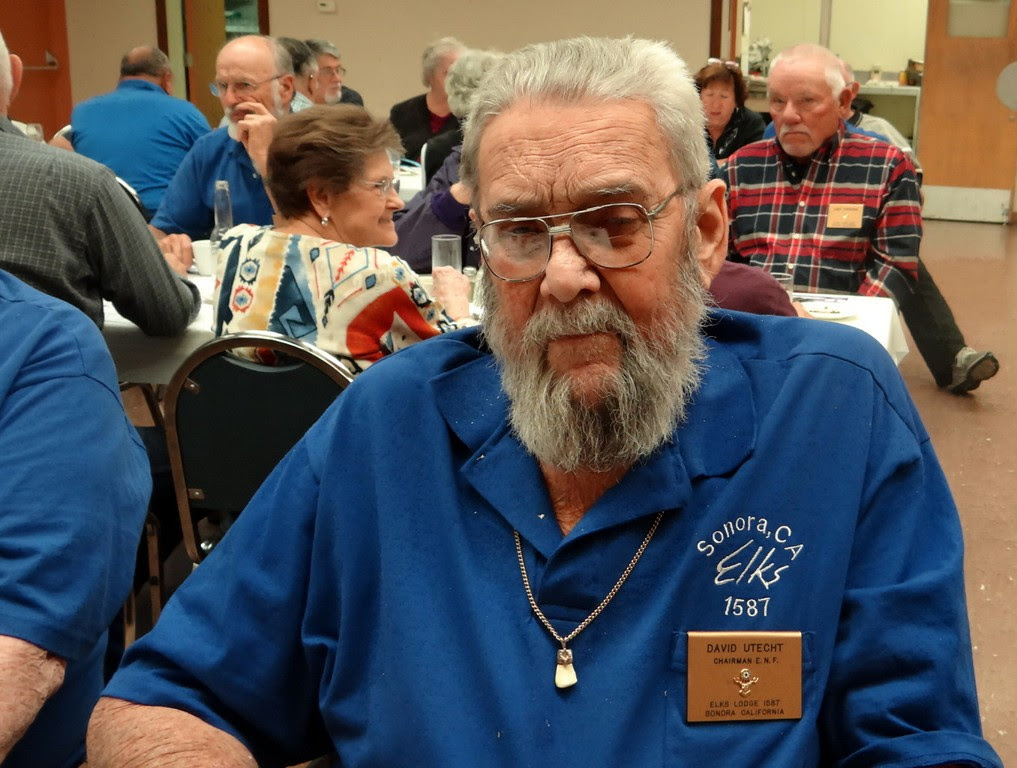 ...and Dave Utecht. They are former members of the Escapees, an RVing Club. Jim and I both know members of that club. They were very active for years in the singles Birds of a Feather Buff group within the Escapees, which had about 115 members.  So we had a lot to talk about, mutual friends and wonderful travels. What a surprise. 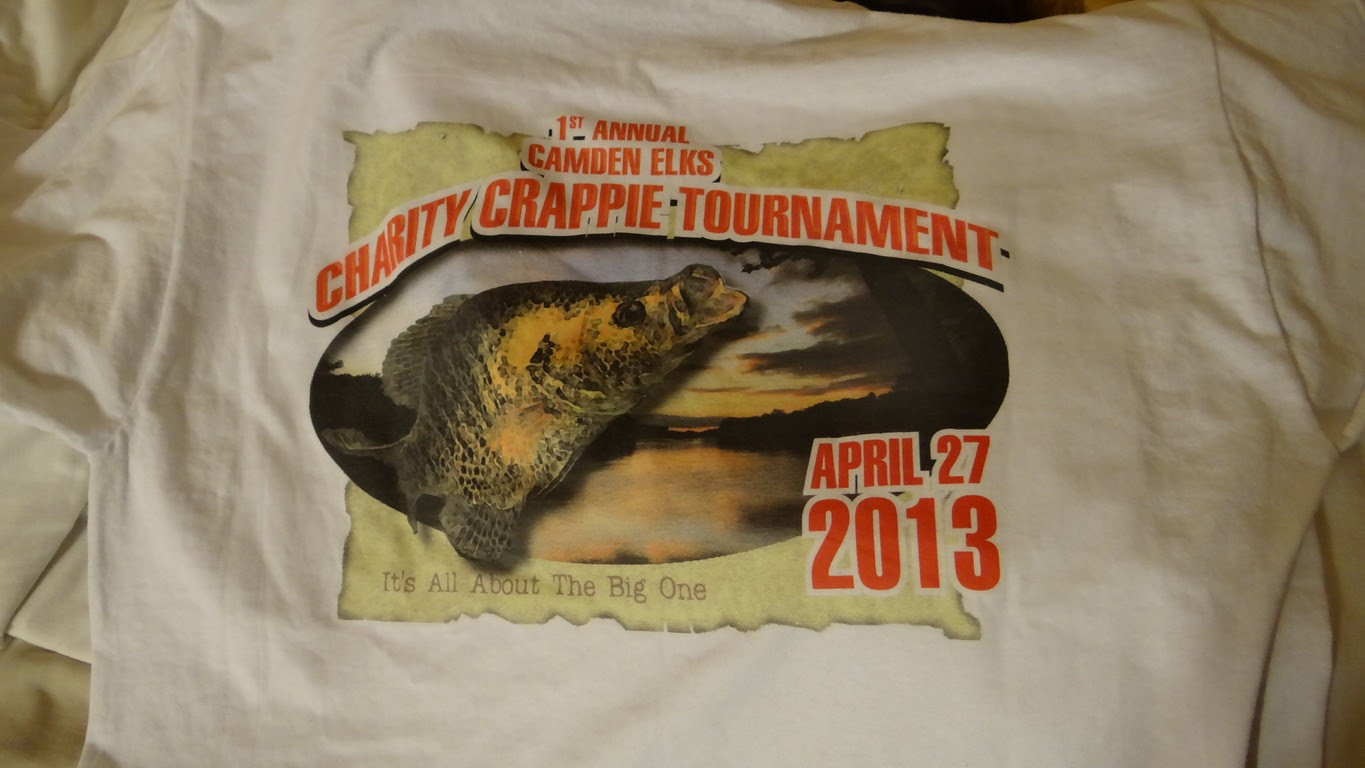 With the Elks, I always consider my self their traveling ambassador and I announce what Elks Clubs we visited in our travels.  For 2012 and 2013, this two-year circumnavigation of the U.S. we visited, Kingsville, Texas Elks, Camden, Tennessee, Oakland, Jew Jersey,  Norwalk, Ohio, Iron Mt. Michigan, Devils Lake, N. Dakota, and Kallispell Montana.  And, All I had to show for it was this Crappie T Shirt. What a nice bunch of people.
Posted by Mary Matzek at 8:00 AM