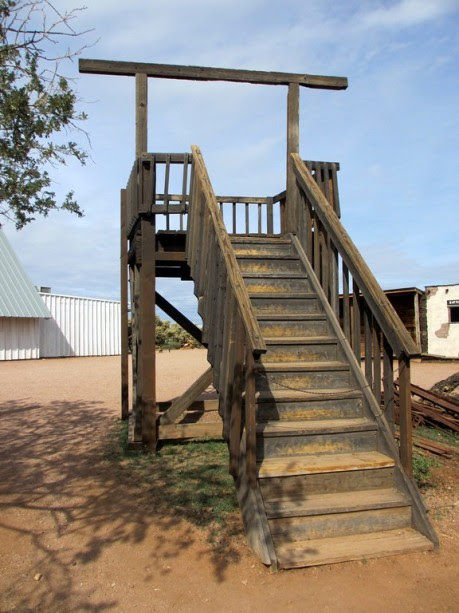 From our visit to Superstition Mountain Museum continued from yesterday,  what is an old western movie set without a gallows?  There is a real gallows still intact at the Tuolumne County Museum, in Sonora, California.  Much wider than this one; had to have room for the dignitaries. Hangings were as much about politics as a press conference is today. 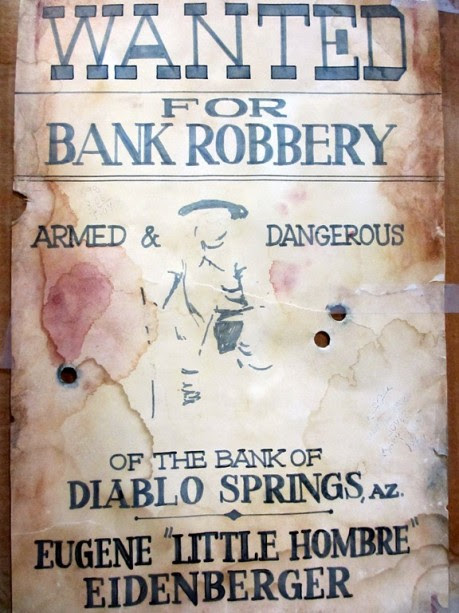 Wherever there were fortune seekers, there were those who sidestepped the hard work.  I love museums that have “character stories” and this one has a number of them. The “hacksaw” bandit  robbed stage coaches on the Apache Trail.  He always robbed them at the a steep place where the horses found it hard going. Never caught, his cache of hold-up equipment, with his white hood with eye holes in it, was found over 50 years after his deeds. 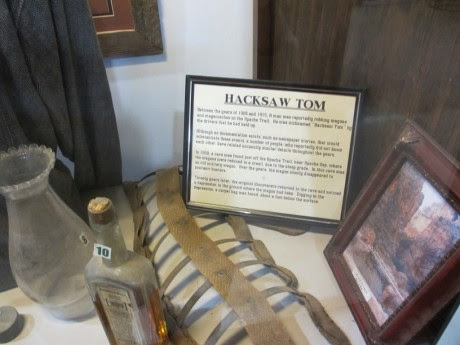 Fortune seekers of all types arrived in Apache Junction.   An Opera Singer by the name of  Maria,  insisted that Weaver’s Needle, (a spire we passed on our hike) was hollow and filled with gold. She filed a claim on Weaver’s Needle and had a rope ladder built to the top of it. No one knows what happened to her and she apparently abandoned her claim, but two families, Piper and Jones,  believed it was hollow and a feud of several years, that resulted in the death of one person, quarreled over the  Dutchman’s claim and the gold in the “hollow” needle. Years later, in 1956, a very fit wrestling coach climbed Maria’s rope ladder but could not get to the top. “No fat opera singer ever climbed that ladder,” he claimed. There are many stories of the fate of gold seekers in the Superstition Mountains at the site below:
.http://www.prairieghosts.com/dutchman.html
I chuckled at the  modern million dollar advertising campaign put up by Canadian Club. They hid a case of Canadian Club in the area and expected to have many seekers looking for it, while being publicized, of course. The problem was, a local found it in six hours the second day of the campaign and ruined their long term publicity stunt.  He claimed he was mighty thirsty. 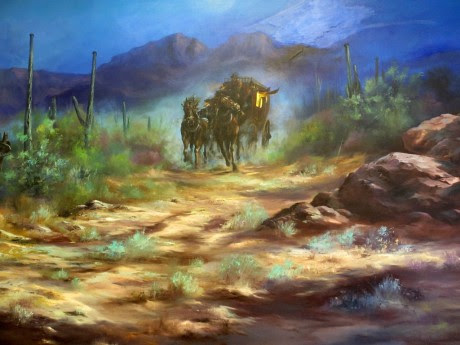 The place is worth a visit.  I loved the painting of a stage rumbling over the Apache Trail. The rest of my pictures are outside. 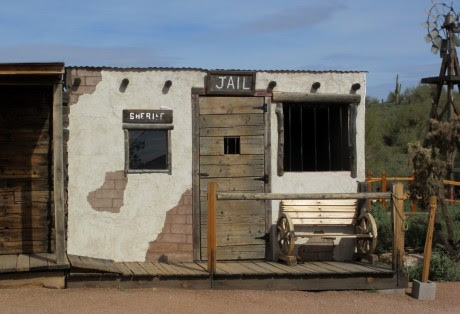 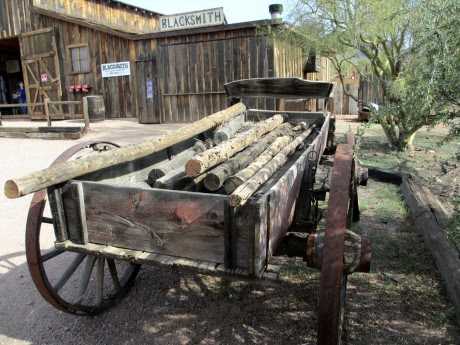 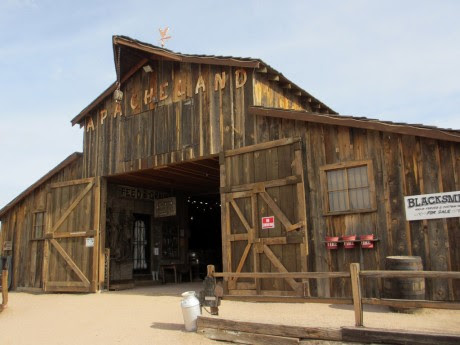 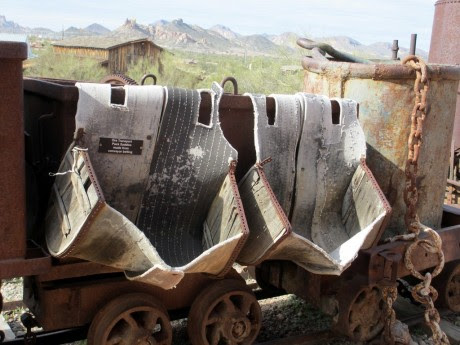 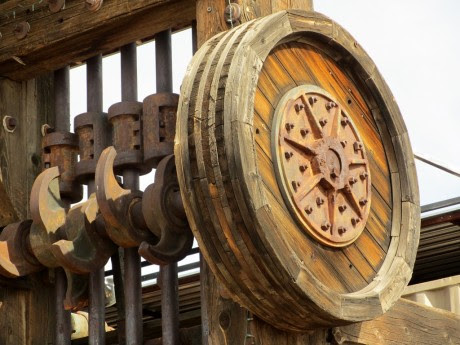 Part of a once working stamp mill. 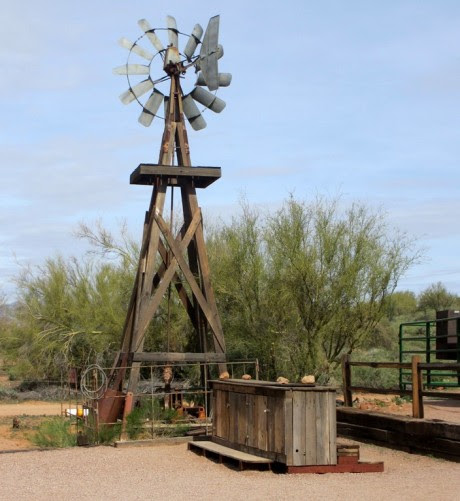 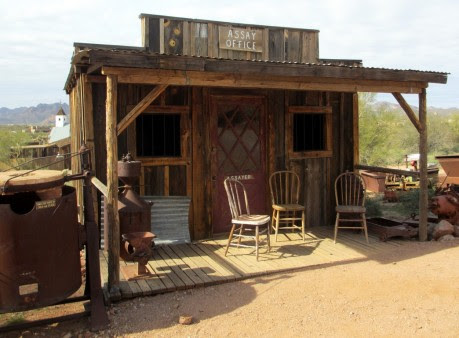 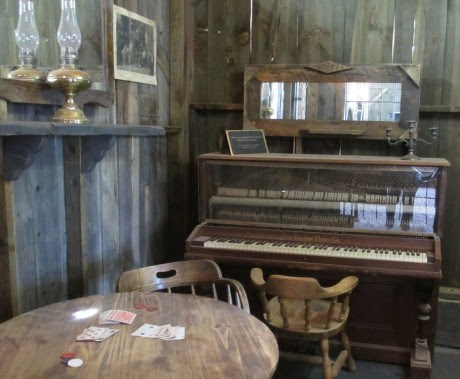 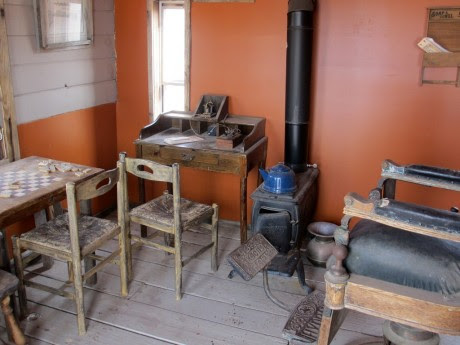 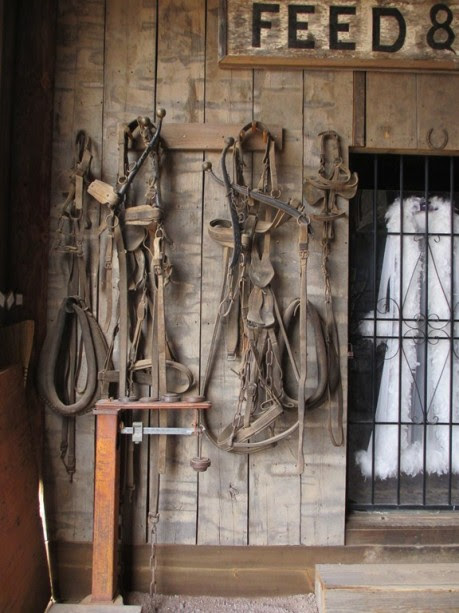 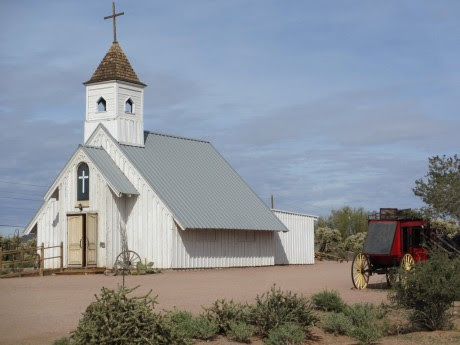 And, our good Christian pioneers always had a church.  (In this case, with the gallows nearby.)