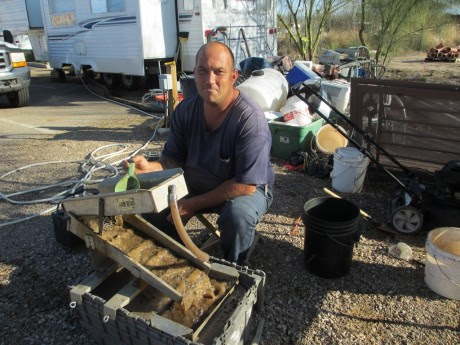 Meet JR, of  San Xaviar. He has a couple of gold claims and works at finding gold just about every day. He also prospects for geodes and turquoise and any gemstone he can find. He’s parked here behind the Moose Club and I had to get nosy since gold washing is a  of hobby of mine.  You can check my blogs of 2009 when I had company from my native Michigan and took them out to find gold:
http://marysramblins.blogspot.com/2009/09/gold-in-them-thar-hills.html
And:
http://marysramblins.blogspot.com/2009_09_01_archive.html 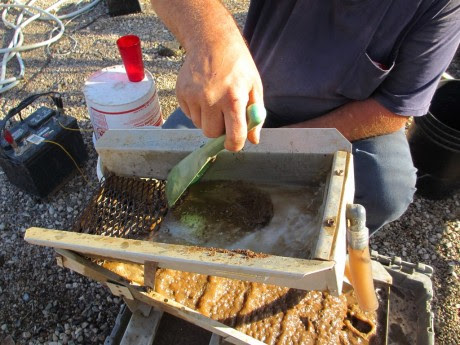 I was pretty impressed by JR’s rig, called a recirculating Gold Buddy, by name. It is an automatic  sluice box that uses about 20 gallons of water. You don’t need a whole creek to wash your gold, nor do you have to stand in cold water bent over. You can sit and get the job done relatively easy in your yard. 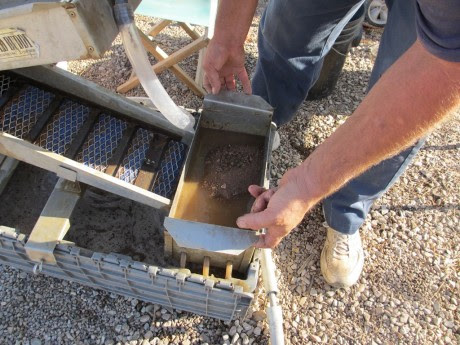 After about two gallons  of dirt is washed, JR empties the pan of the cleaned dirt. 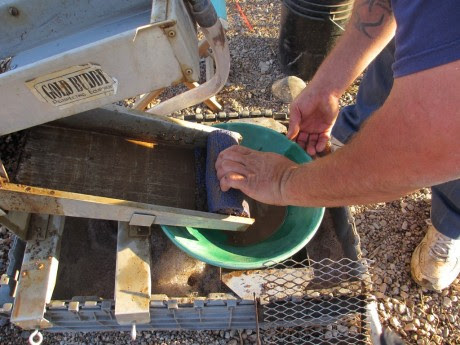 After washing about six gallons of dirt, he carefully removes the miners moss, which is the  mesh that catches fine gold, right into his gold pan. He activates the washer to put a small amount of clean water in his pan along with the moss. 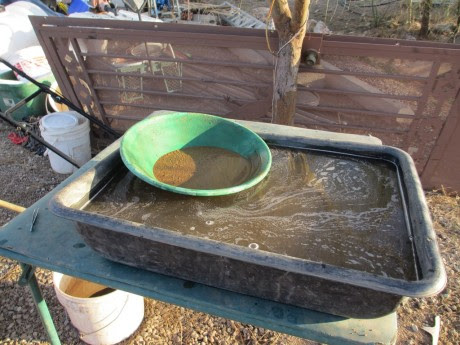 He rinses the moss in his gold pan and then pans it in a large container of water to which he has added two small drops of dish washing detergent. (Now you know you are really washing dirt.) 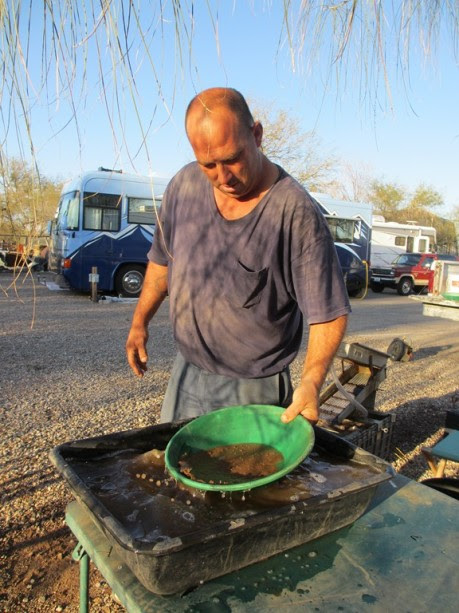 We all know how the pan works. The dirt rinses out of the pan and into the water and the heavier gold particles catch in the riffles of the gold pan. 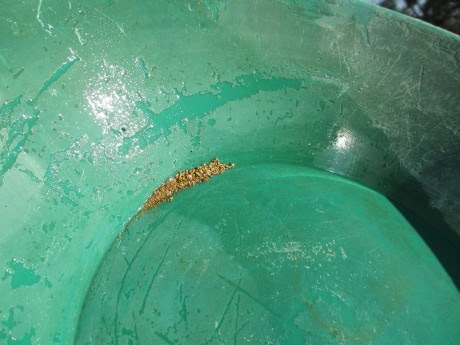 On his claim, he’s getting gold flakes and dust.  I liked the recirculating pump operation called a  Gold Buddy. I can’t justify buying one at $400. Sometimes you can find them used, he said. He powers it with a car battery sitting on the ground. Pretty simple. 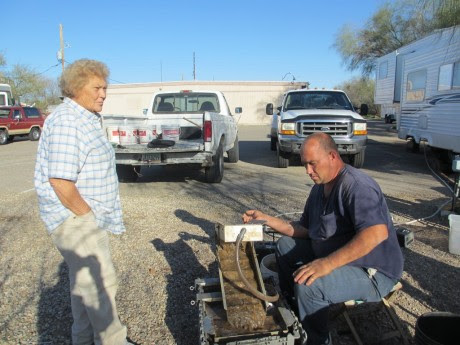 JR’s mom, Bev is a gold hunter, too. She showed me her nuggets, some  of which she got with a metal detector. This big one, though, she won in a drawing. 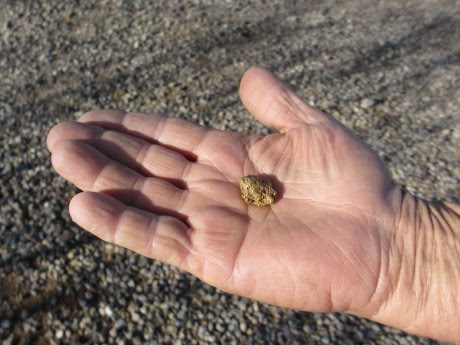 I took a short video of JR washing his dirt on the link below:
http://youtu.be/diOTxY31aEw
Posted by Mary Matzek at 5:01 AM