MY HAIRCUT PAL AND THE DUTCHMAN. 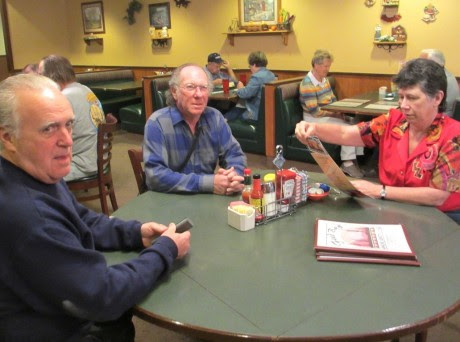 CeeCee and Aaron Canvasser, long time friends of Jim’s, came to visit for a couple of hours. We went to breakfast and returned to the motor home where I gave Aaron a haircut while Jim coached CeeCee how to buy a car at the price you want, from a car dealer. The haircut is looking to become a tradition because the very first time I met Aaron, he offered to cut my hair. I repaid the favor and here we are at:
http://wp.me/pDCku-13v
Aaron and CeeCee hail from Oregon State. They follow a challenge ballroom dance circuit here in Apache Junction. 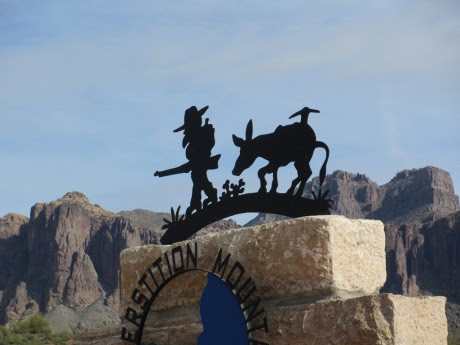 In the afternoon we visited Superstition Mountain Museum. Apache Junction has thrived on the legend of the Lost Dutchman’s mine and other strange tales because of it, which are fully covered in this museum. The story and setting attracted Hollywood and the museum includes Apache Land, a movie set from the 1960′s. It burned down twice and only a few buildings remain. 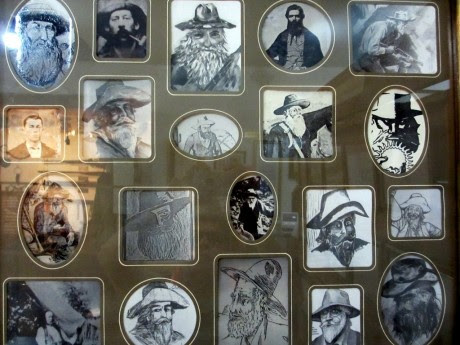 There is no known photo of Jacob Waltz, the Dutchman, but there is a collection of drawings and purported photos of him.  The drawings are as varied as the many maps attributed to him. 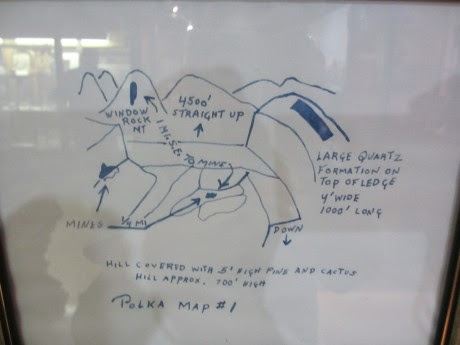 It even looks fake. Why anyone would pay money for it is beyond my comprehension. 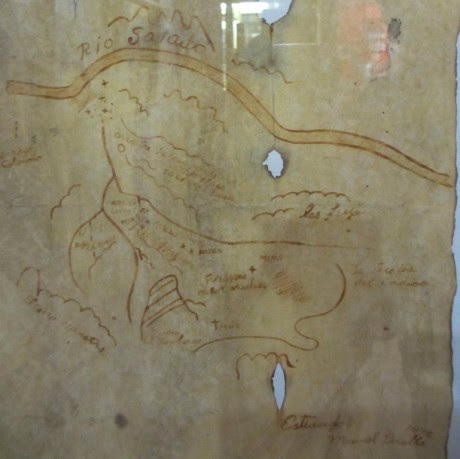 This one in Spanish must have been sold to a Spanish speaking miner. Jacob Waltz did not speak and write Spanish. 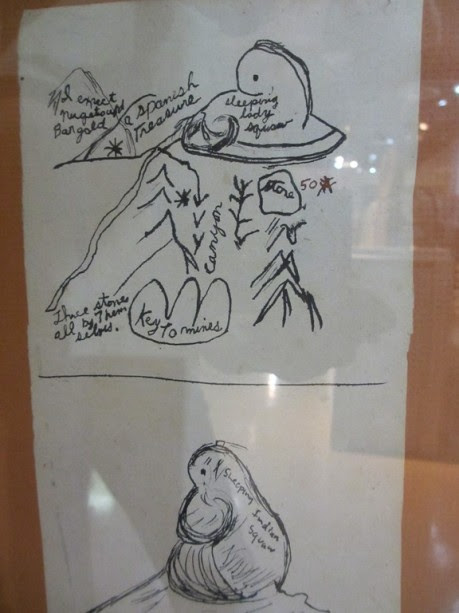 A letter from a friend is considered authentic proof that Waltz  found gold and assayed it. Other miners found gold of a specific type as well. The map of his buried treasure was left with the woman who owned the boarding house where he lived and died. In the museum are 28 paper maps.  The maps are crude, unreadable and amusing unless you consider that men fought and died for gold that was never found. 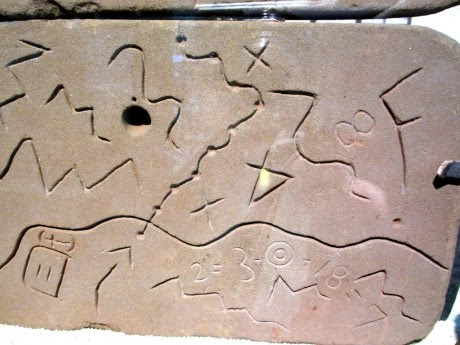 Six stone  maps of an equally obscure Peralta Mine qualify as works of art,another mystery.
A really good site about the mystery and deaths that occurred in this area is this one:
http://www.prairieghosts.com/dutchman.html
We were without a signal for two hours this morning, so I’ll continue this blog tomorrow.
Posted by Mary Matzek at 8:38 AM

Here is another good story from the new york times, just what I have been saying about RE market being on fire....Maybe this is why the Chinese are buying, before Facebookers get whats left over.