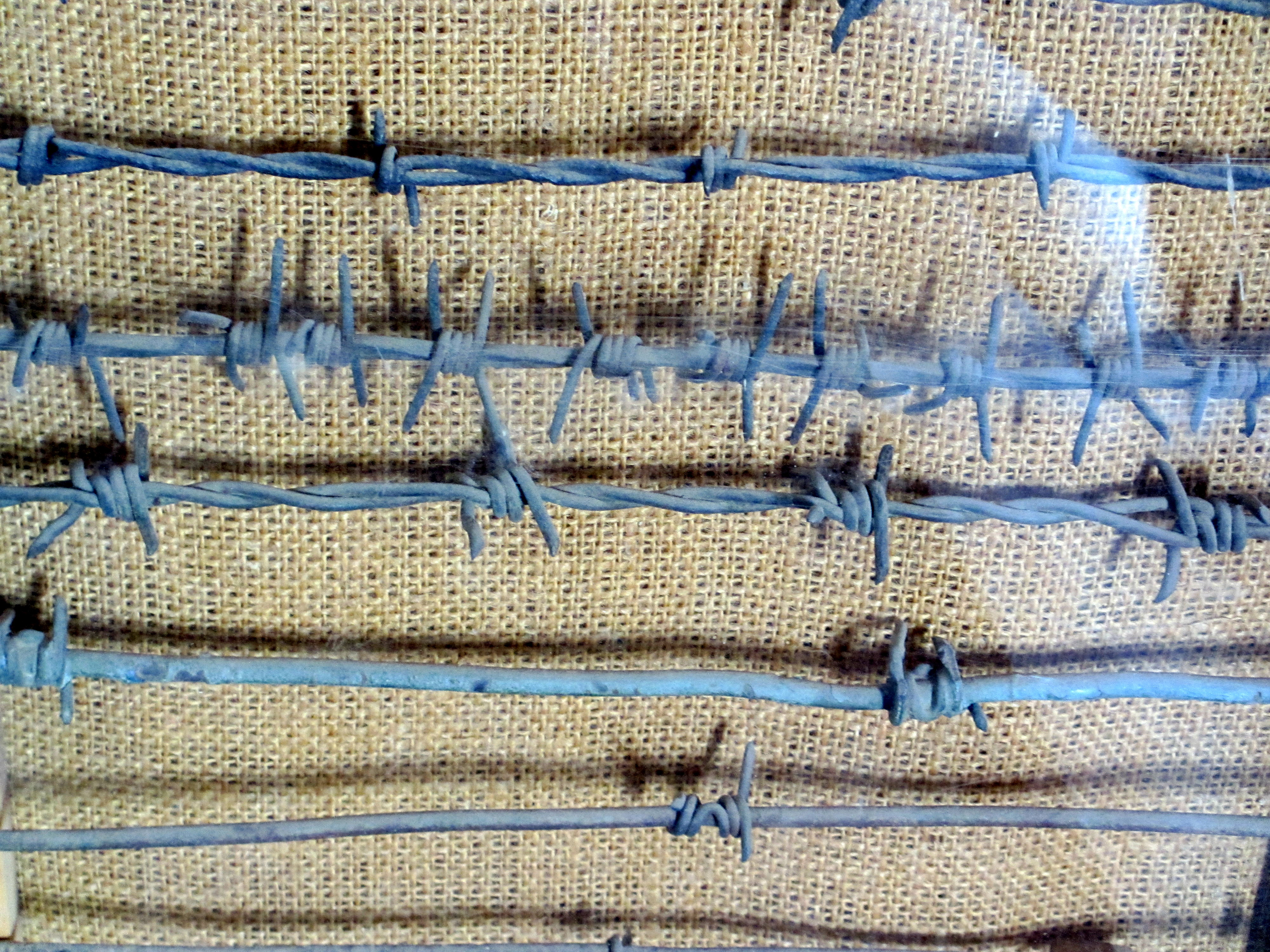 I knew a collector of  devils rope from Murphys, Bill Mollett,  (they're called Barbarians).  Through him and Fred McMillan, an old time rancher who showed my kids and I a patchwork of different types of barbed wire he used  on his ranch, I learned to respect  this common wire for the amazing invention that it is.

Before barbed wire, farmers used osage orange, a tough, thorny plant to fence their gardens or animals in. It took a long time to grow a fence and animals routinely escaped it to trample the lettuce or breed with the neighbors cow. If you click on the picture above to enlarge it, strands number one and three are akin to saw blades, also called razor wire. A fence like that could inflict serious damage to an animal. 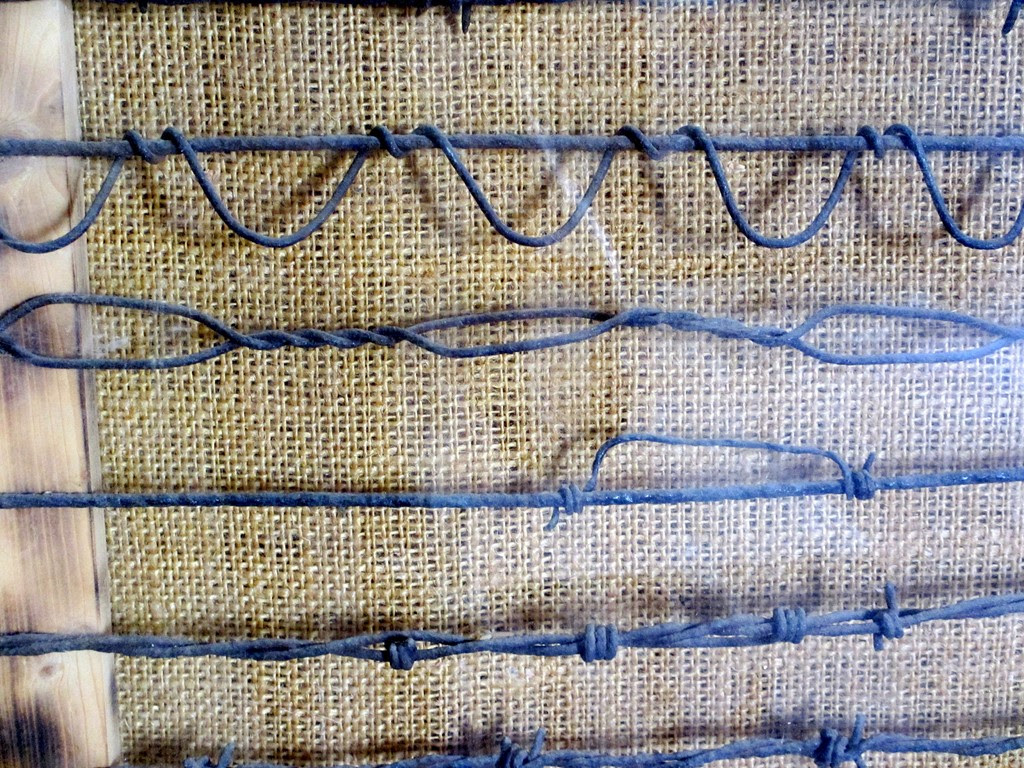 Wire fencing itself was an improvement over hedges, rock  and wooden fences. Initially they weren't designed as a painful deterrent. Ranchers claimed huge territories for their cattle and as the west became settled, farmers and ranchers competed for land. it was necessary for farmers to have fences that worked. The railroads began to etch their way to the pacific, and they wanted free ranging cattle fenced  away from the trains. 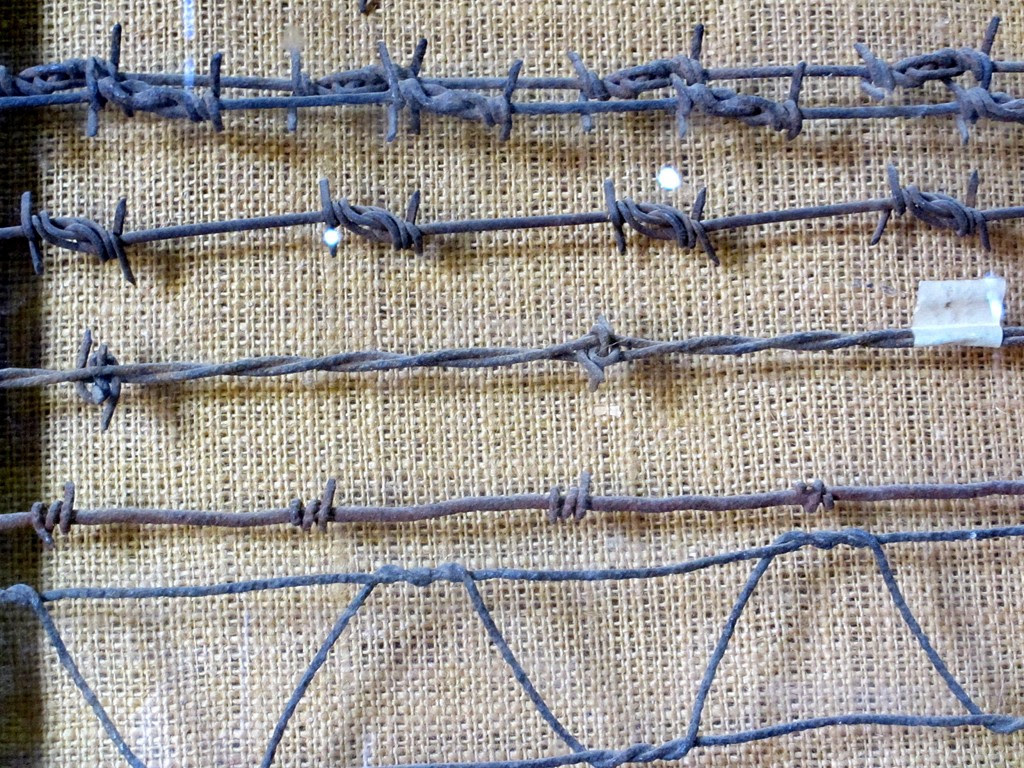 It is hard to believe that men killed each other over strands of wire.  The range wars lasted only a short time, with cattlemen unwilling to give up their free range and farmers insistent that they had a place on the prairies.  Eventually,  ranchers realized the permanence of fencing and their need to fence  huge holdings  against encroaching farmers and competing ranchers.  Wire was cheap. 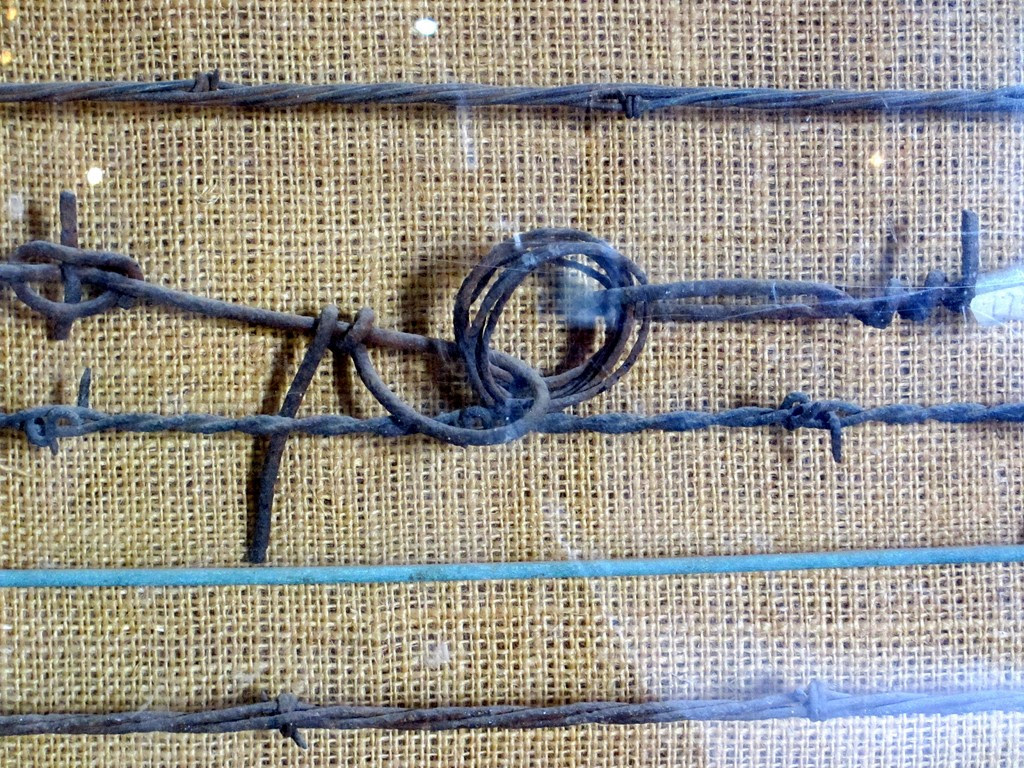 Wire with a barb worked best. Commonly known as barbed wire, barb wire or bob wire, it was cost-effective to make cattle operations profitable then, and is still in  use today. My place in Murphys is fenced that way. 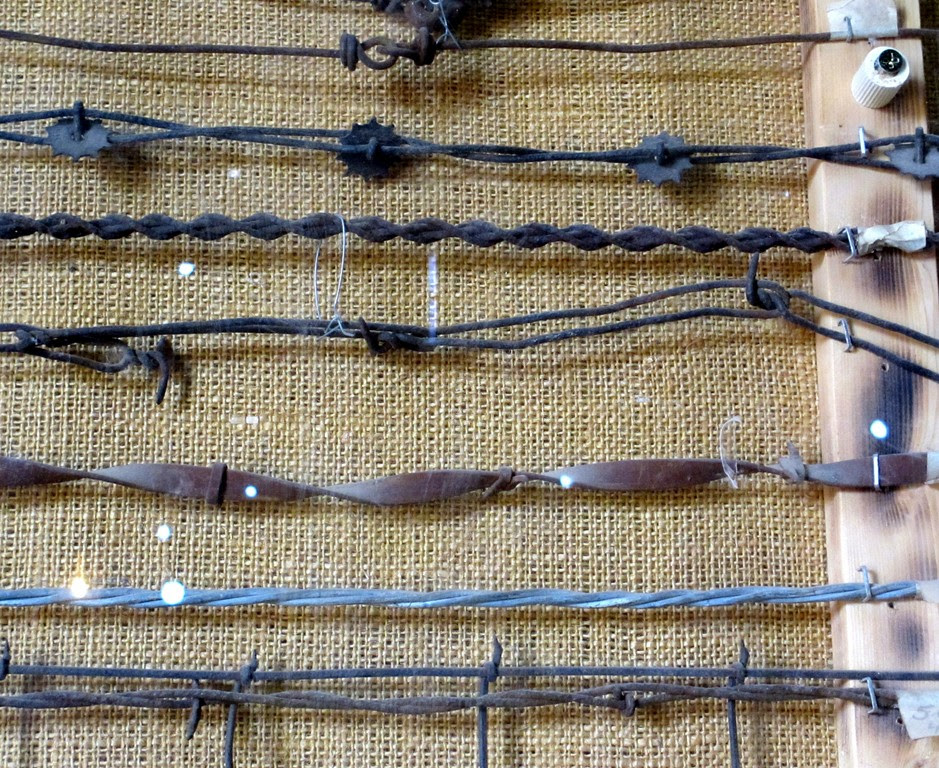 This collection had 238 different types of wire fencing collectively called Devils Rope at the Superstition Mountains Museum.  Now, when you go to the hardware store, you'll find one type.
It has modern uses other than keeping animals in place. Barbed wire controls human predators as well,  rolled on top of the walls of prisons, or private estates,  or used to snarl tanks during warfare are three that come to mind.
I routinely lift the wire at my place,  slip through it, and trim the bushes on the other side of my fence. About the worst I get is a tear in my old work clothes.  I like growing plants into my wire to soften the look of it and still discourage trespassers both human and otherwise. (My fence was put in place for our own horse, goats and hogs.
Posted by Mary Matzek at 6:14 AM