HONKY TONKIN AND A STOLEN BIKE. 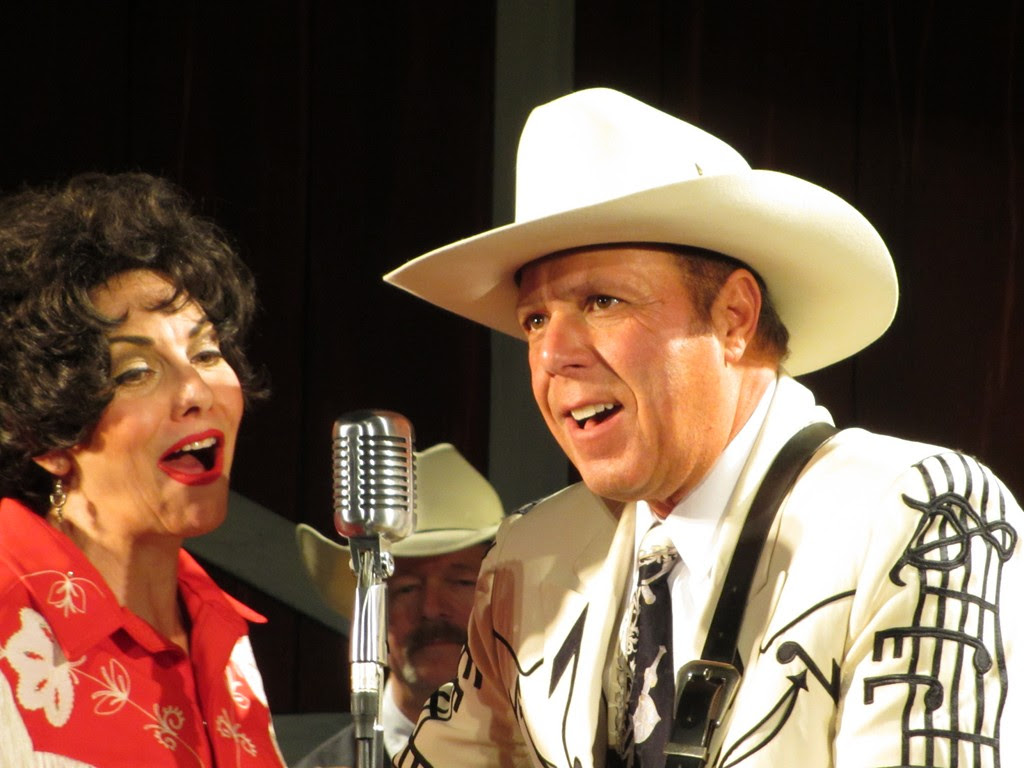 A playhouse in nearby Indio staged a Tribute To Hank And Patsy, Musical Memories From The Opry. 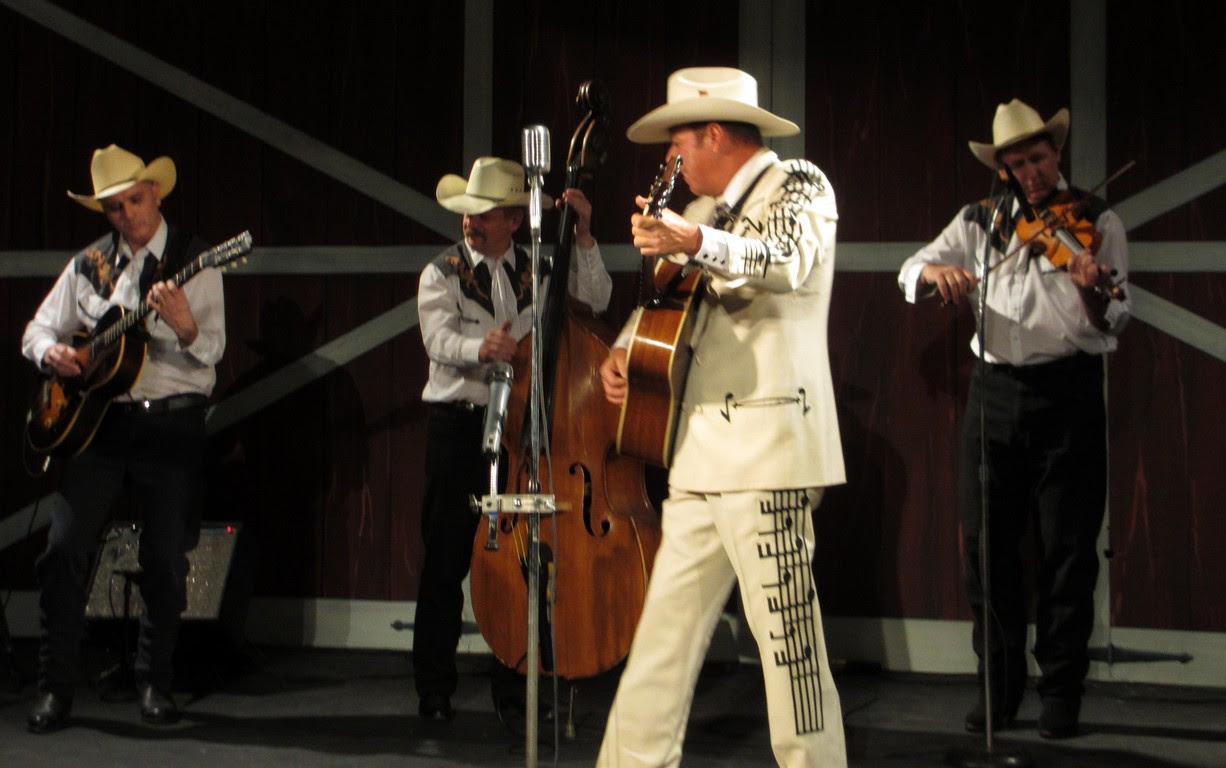 We've seen Cowboy Jack Johnson at this Thousand Trails before and he makes a very creditable Hank Williams impersonator. 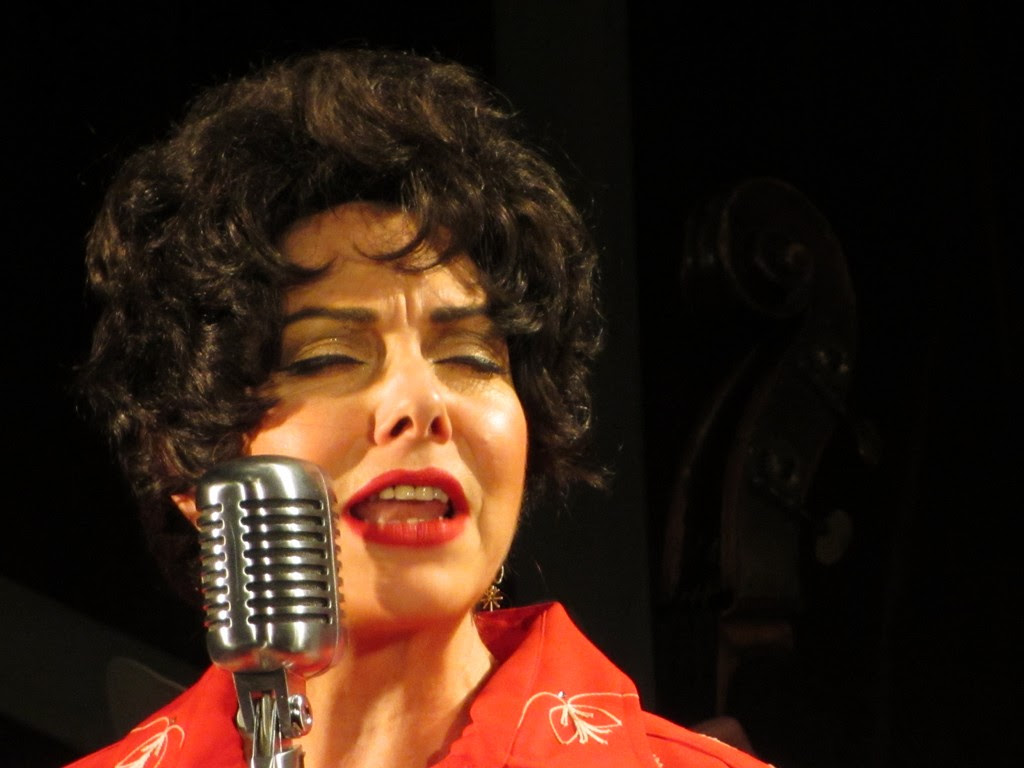 Bethany Owen is known as the woman of a thousand voices, impersonating Reba McIntire, Marilyn Monroe, Cher, Madonna, Loretta Lynn, Tammy Wynette, Dolly Parton and so on. No one can imitate the depth of Patsy's voice, but on a couple of Patsy's songs, her rendition gave me the chills.  She puts a lot of emotion into her work.

Then she can be a flibbertigibbet Minnie Pearl... 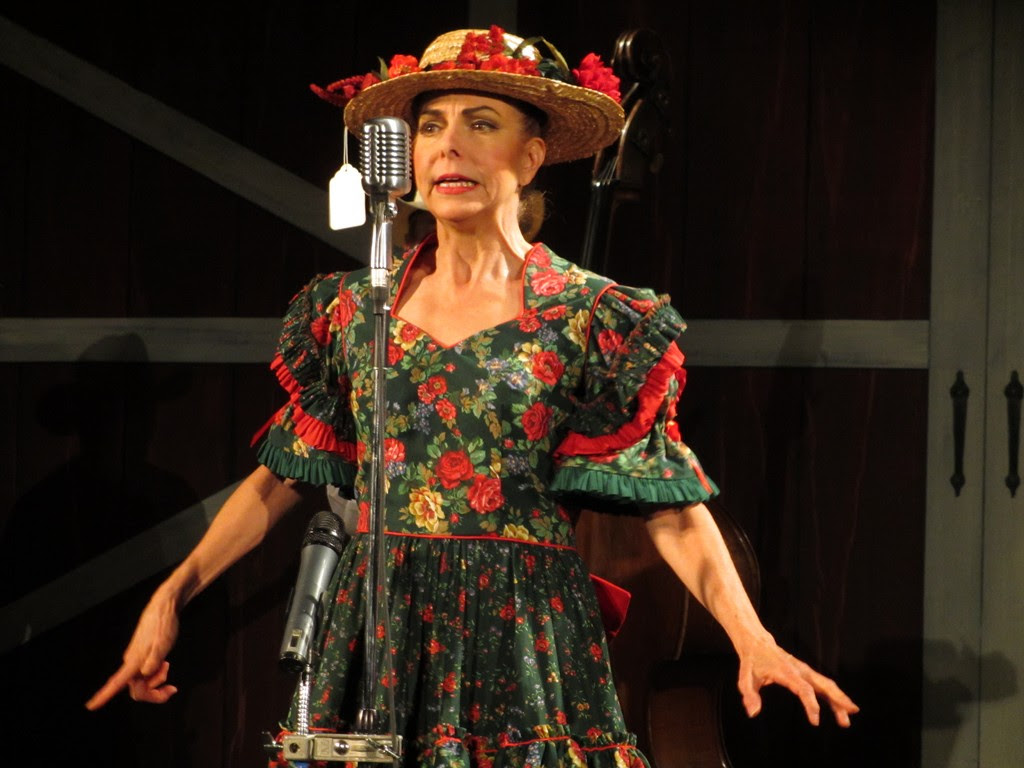 The show was enjoyable and we spent another hour and one-half at Winco in Indio, grocery shopping. When we returned to the motor home, my bicycle was missing. Stolen. The second bike I've had stolen. It was unlocked leaning up against the motor home in a park with mature adults and in bright daylight. There are no kids in the park that we've seen. My friend Pam told me there is a huge bike business at the local flea markets and an organized group gets into the park with some legitimate reason. (We found a Verizon brochure on our table.) They ride the bike out into a waiting truck and sell them as fast as they can. My bike has this ugly chopped up seat, (deliberate), and we spray painted over the brand name, Trex. But, my favorite bike is gone. We're going to go looking for it this morning. Jim warned me I'm too trusting, leaving it unlocked. He was so right.
Posted by Mary Matzek at 6:16 AM

Sorry about your bike mom, bummer! Hope you find it! Be safe! Love ya, Laurie Bird