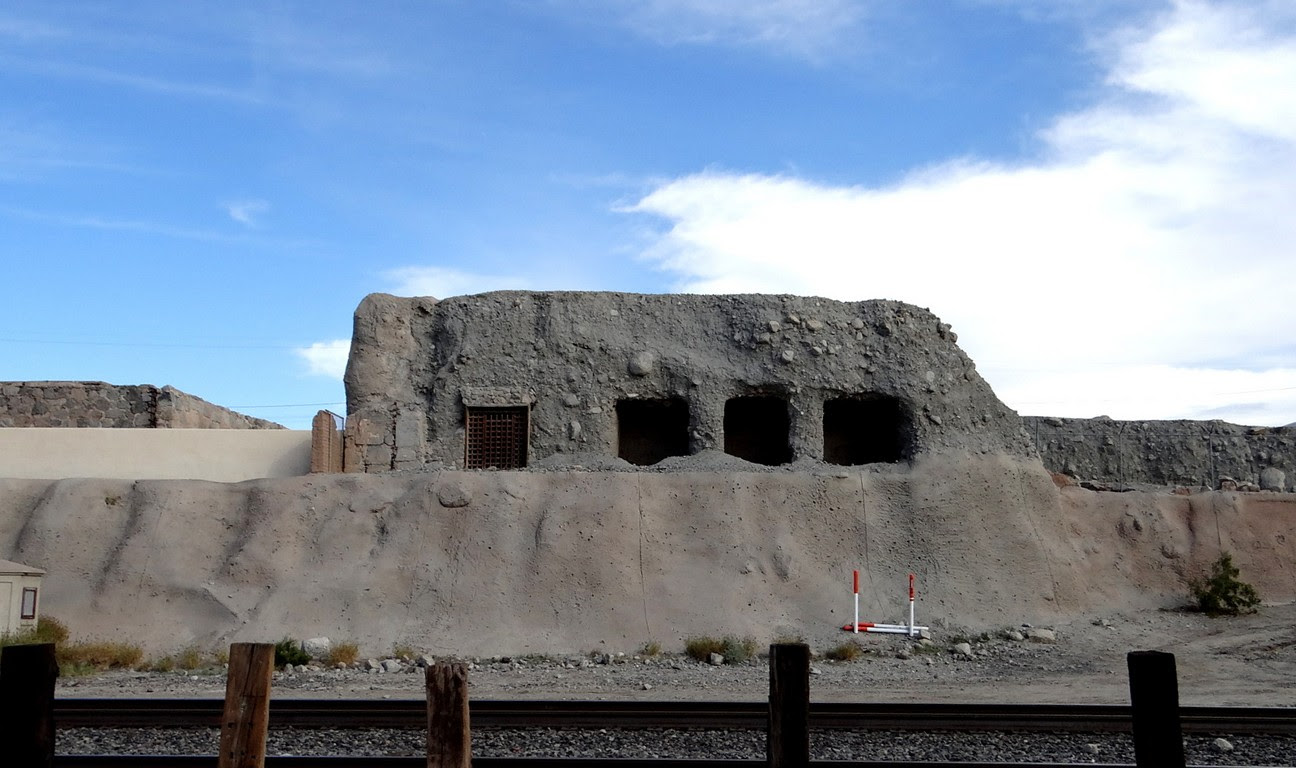 If you drive by the prison, cells gouged from the south wall are visible from the road, along with the Mission Church Steeple and the two famous bridges that cross the once mighty Colorado River. Though we visited the prison on a previous visit, we decided to do it again. 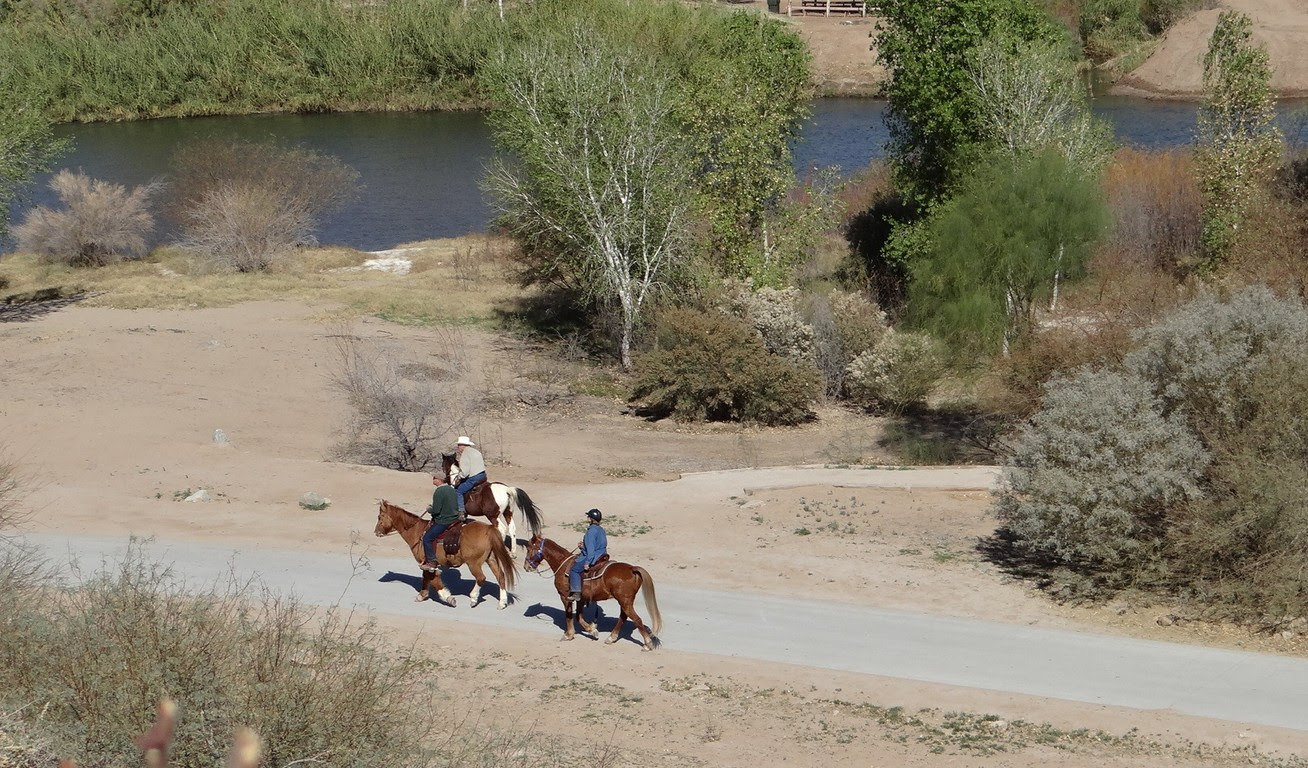 The prison is now a state park and when you look over the edge from above, the territory around the river is wild;  sand, river bed, desert stretching all the way to Mexico and even horseback riders on this day. Three-Ten to Yuma was filmed here. 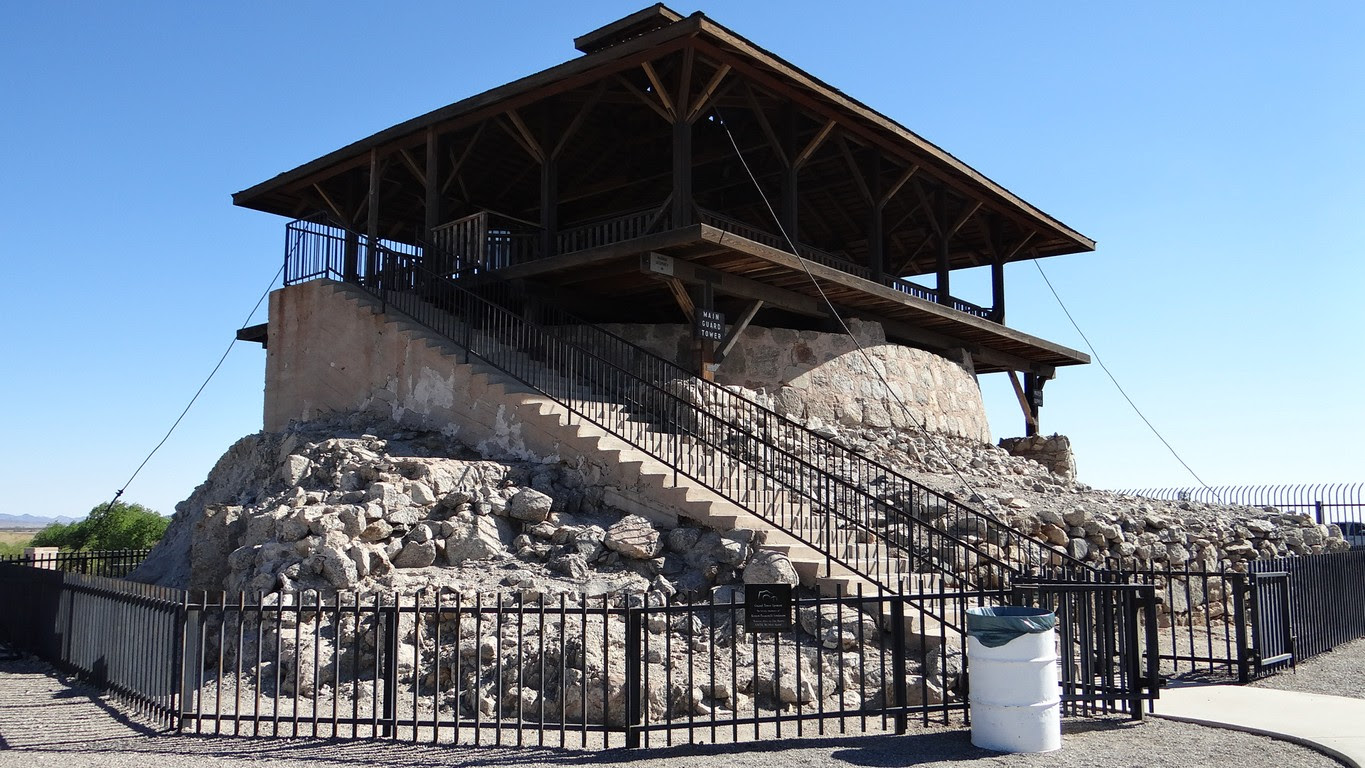 Inmates built the prison cell block by cell block after the first building was built in 1875, approved by the legislature as a territorial prison, since Arizona was not yet a state. This edifice was actually a well, once covered by planks, then later electricity was used to pump water. Later still, Covered over and a guard tower erected on top of it. The well and electricity gave the place a reputation as being a country club. 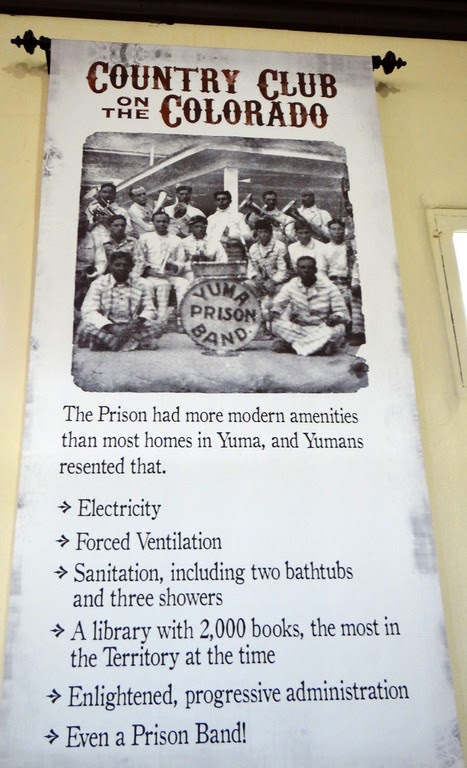 While true, the prisoners were also correct in calling it a Hell Hole. 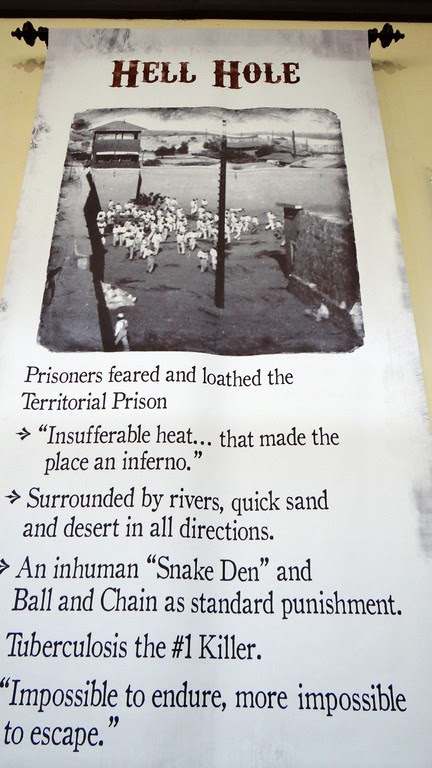 Still, inmates desperate to escape, tried many times to do so. Some made it. Most failed. 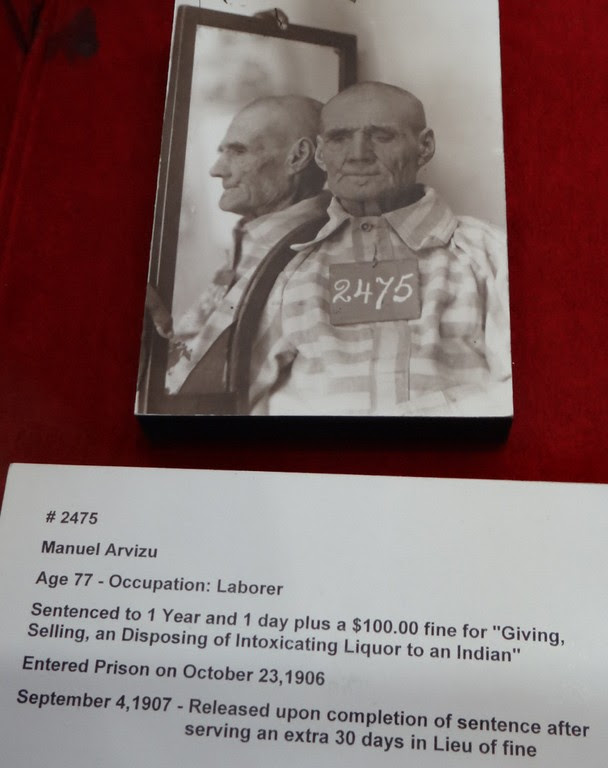 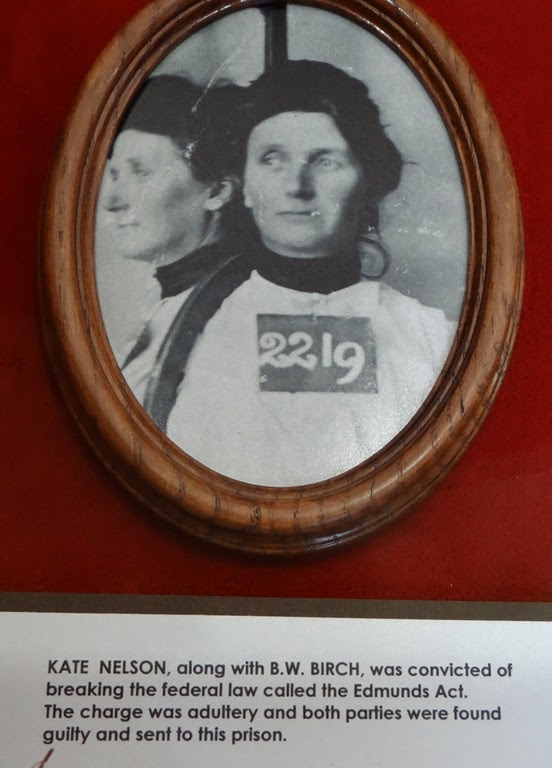 Otherwise law abiding citizens, yes, but no prostitutes were arrested, the type of woman men appreciated. 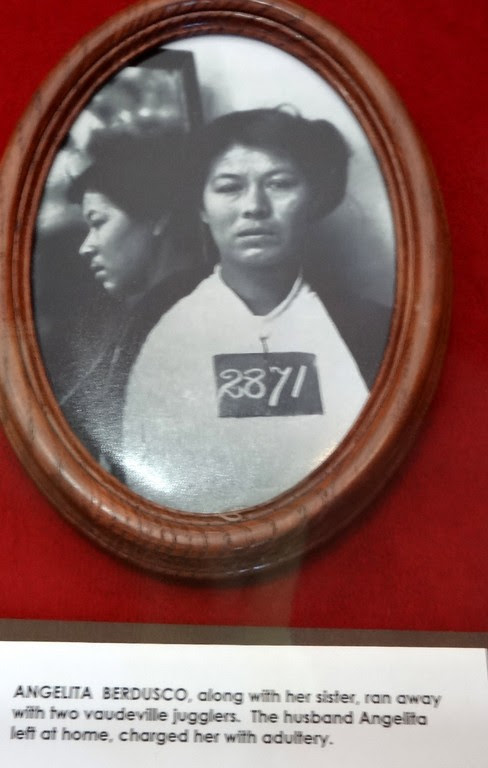 The sister, who was single, was not arrested. 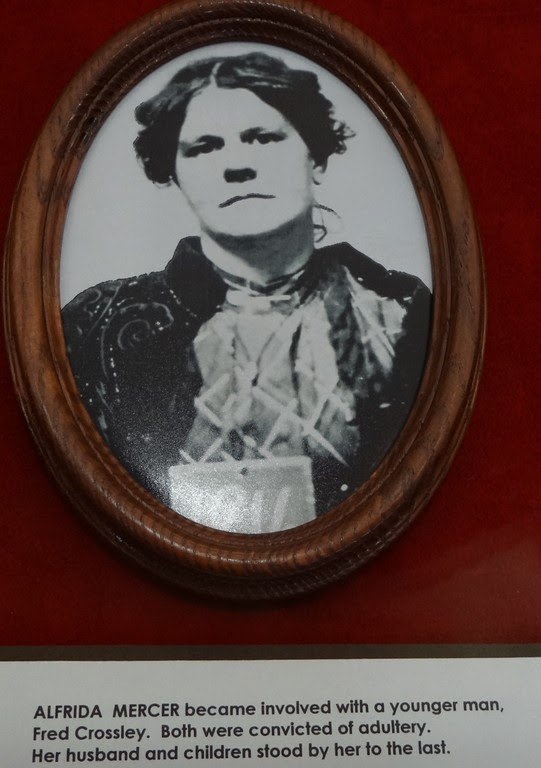 As consenting adults, we take our freedoms for granted. 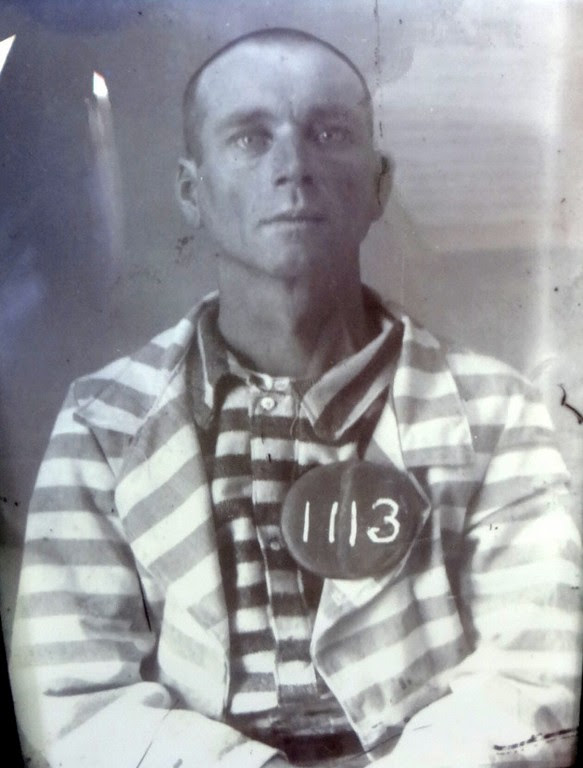 After many times serving in solitary for breaking prison rules, and two escape attempts, inmate C.E. Hobard finally settled in and served his life term for murder. 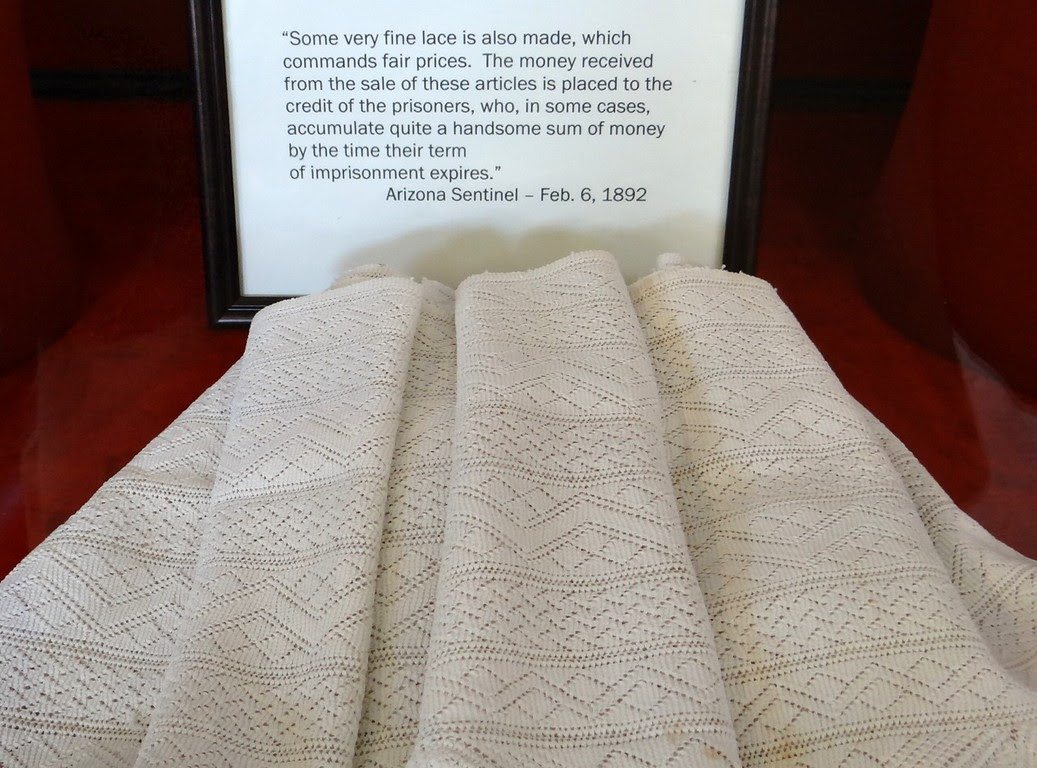 He worked all day in the quarry, building more cells; during his spare time he made beautiful lace. Several shops on the grounds gave inmates the opportunity to make and sell things. If they couldn't make a tin cup, for instance, they did without a cup. Draconian. 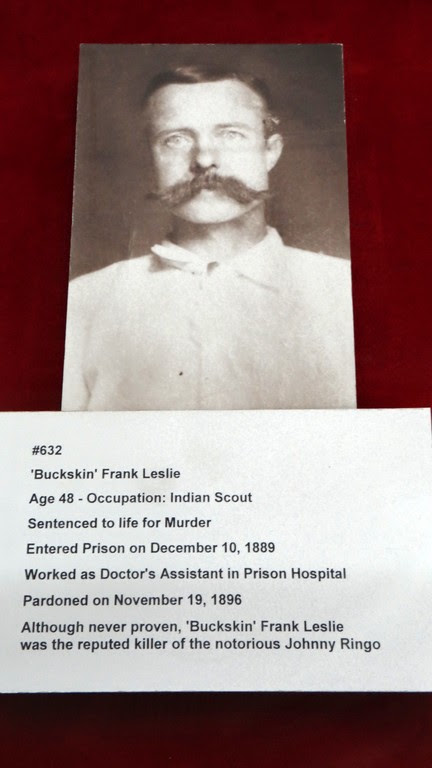 There were some real bad guys. Leslie worked with Wyaat Earp at the Oriental Bar in Tombstone. He killed Billy Clairborne of the Clanton Gang. He killed his girlfriend in a drunken rage. Earp claimed Leslie was the only gunman who could compare with the speed and accuracy of Doc Holiday with a six-gun.  Yet, he only served 10 years of his life term. 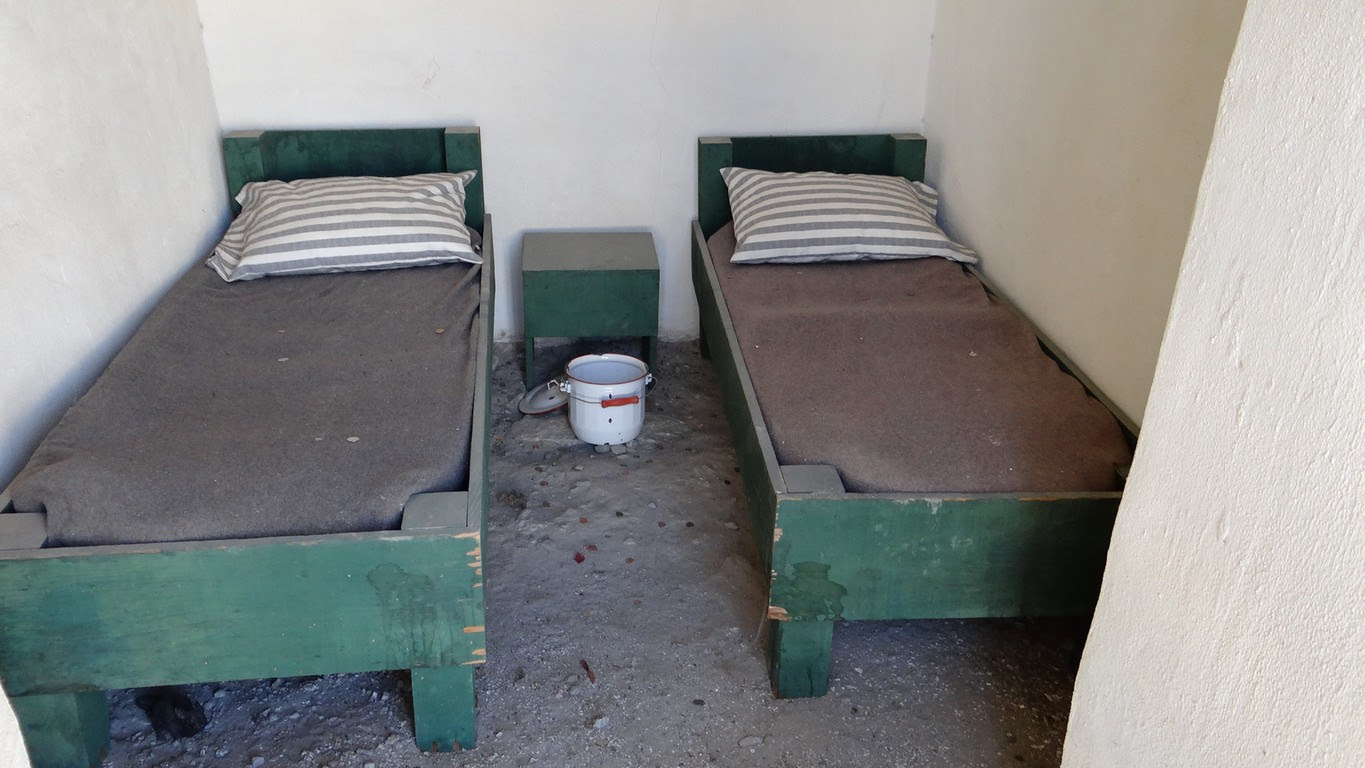 The original bunks were wooden, but lice and bedbugs were so endemic, they changed them to metal. 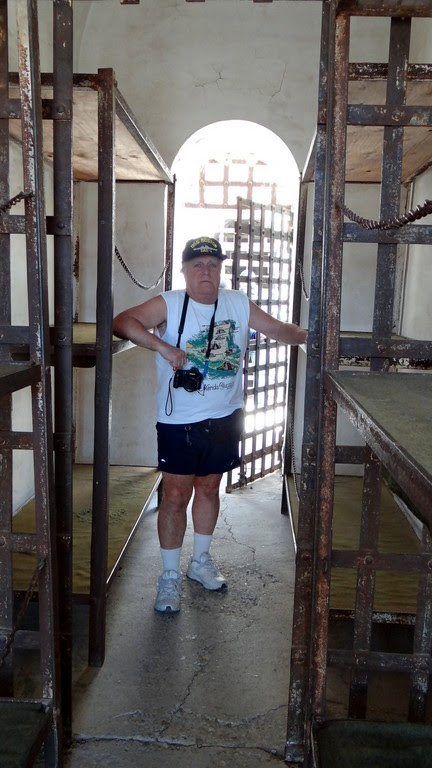 Adding to the hell hole of discomfort, hard metal beds, open cells like this were ventilated during Yuma's hot summers, even if metal doors heated up to the point you could burn yourself to touch one. But during winter, you froze at night. Other open-on-one-end cells were deadly hot in summer, but a bit warmer at night and winter. A perfect lose, lose. 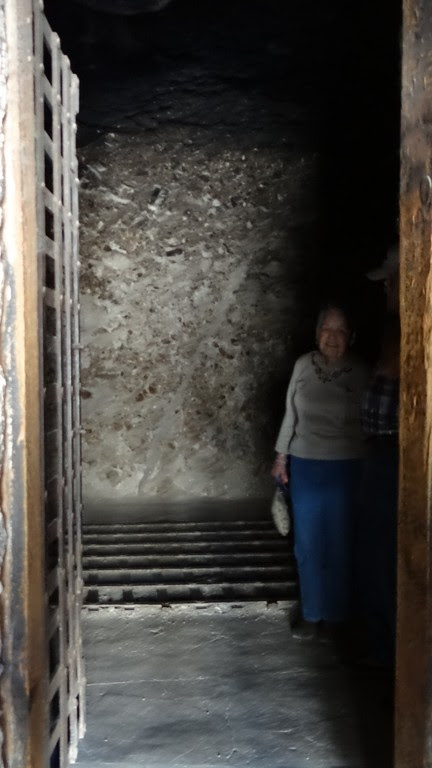 Punishments, if obeyed by administrators, were simple but also harsh. The ball and chain confinement in a solitary cell, or the Dark Cell. An unlighted area, no toilets, no change of clothing, multiple people chained to the steel grid on the floor at the same time, with no light nor ability to lie down. One man served 102 days in this cell and came out a model prisoner. Two women served time in this cell for breaking rules.  Stinkin' brutal. 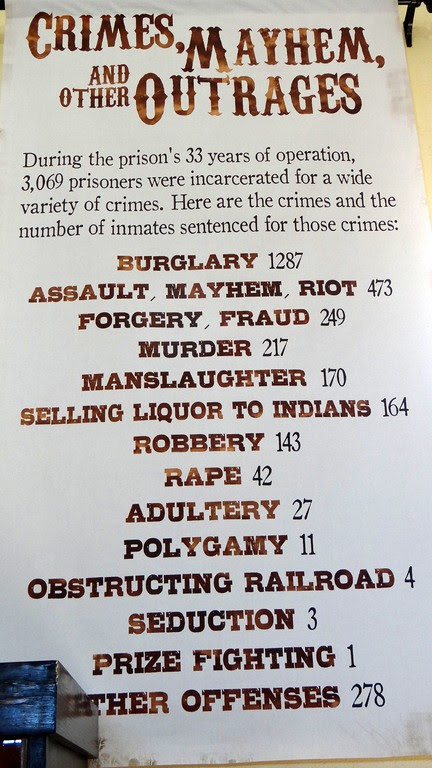 The prison is a fascinating place to visit. They have a gunfighters gathering on the grounds the first two weekends of January that was a wonderfully costumed competition we attended in 2011, I believe. It is worth planning your visit during that event.
When the prison closed, it was used by various organizations, most notably, a High School, and later a home for people displaced during the depression. 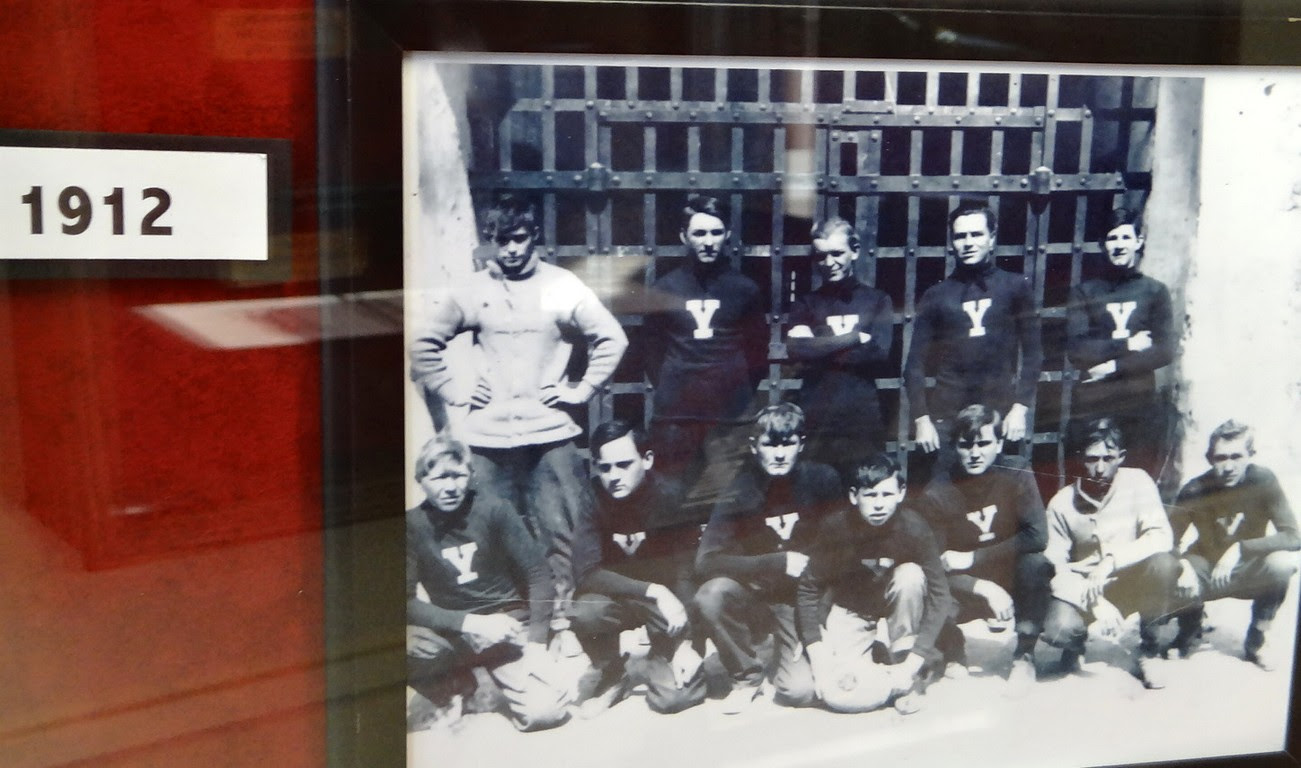 The High School Mascot was the Crims, for criminals. Don't miss the historic Territorial Prison tour when you visit Yuma.
Posted by Mary Matzek at 7:10 AM