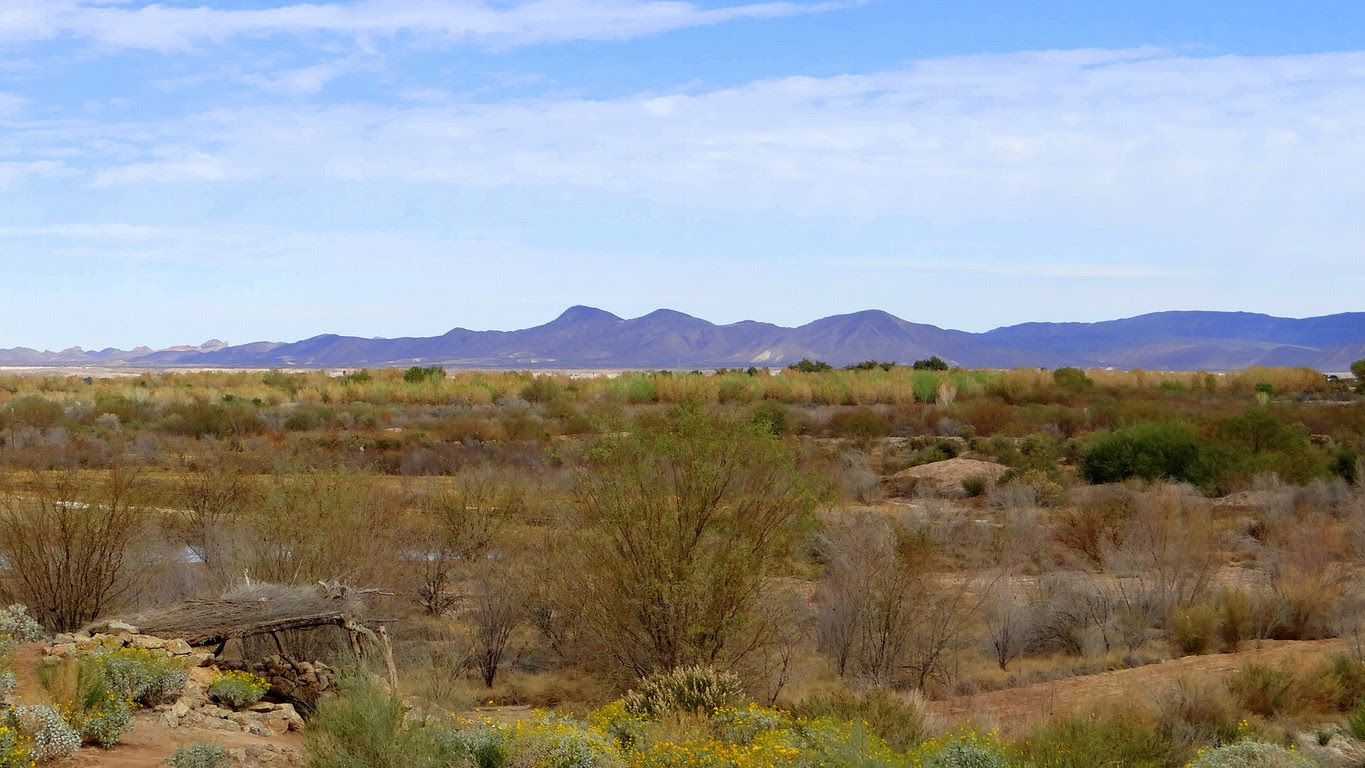 Just below the prison, an area known as East Wetlands stretches up to the base of a mountain range along the Colorado River.

Wetlands suggest birds to me, but we didn't see any. I expect we would during the great migration from Mexico and South America. 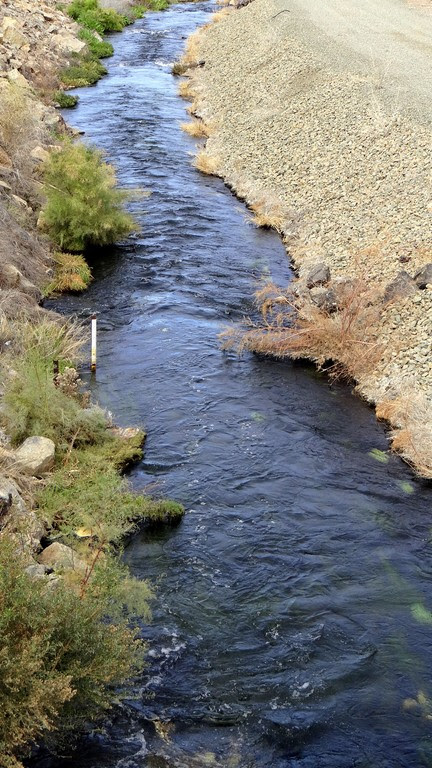 Much of the water here is provided by the Colorado River and flows through man-made canals. 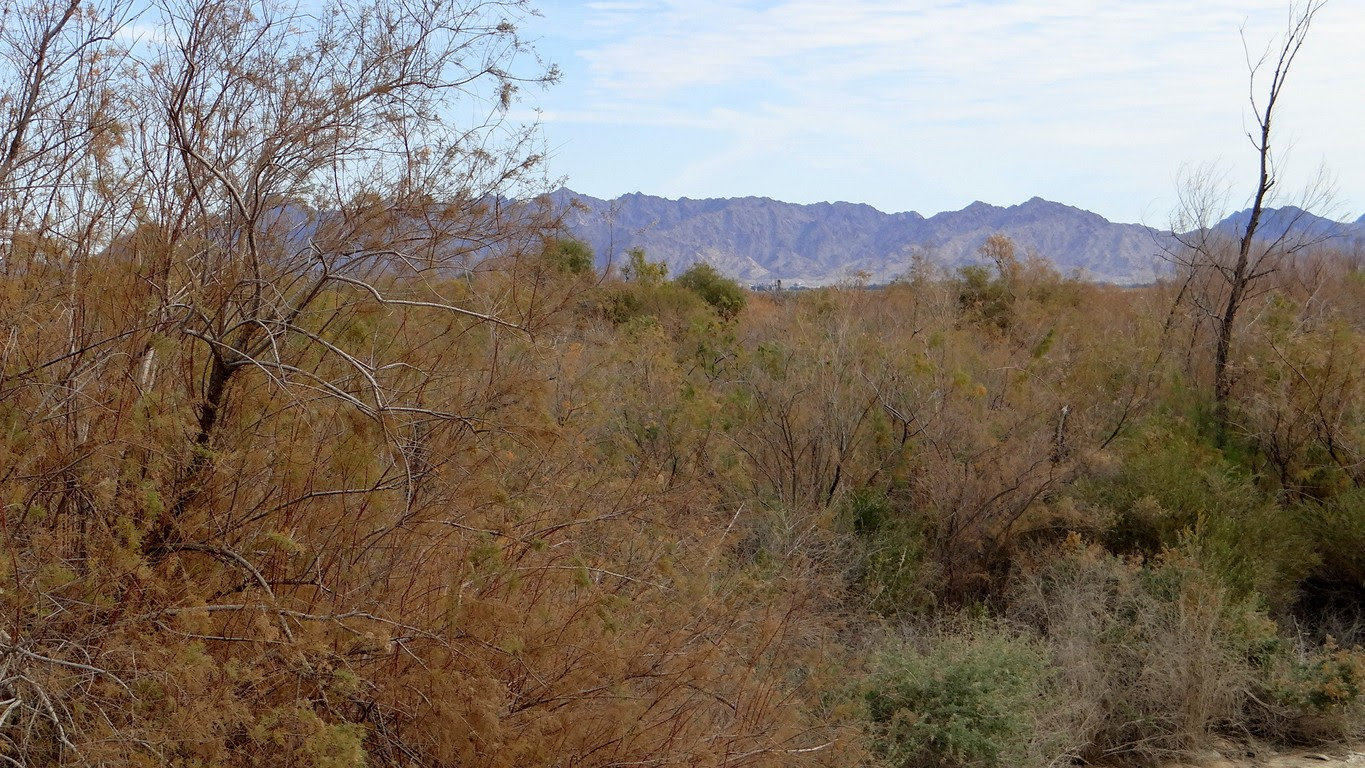 The terrain changed from low brush to high brush and later to the growing fields under lease or private ownership on what was signed as BLM land.

Now that's green and we saw miles of it. 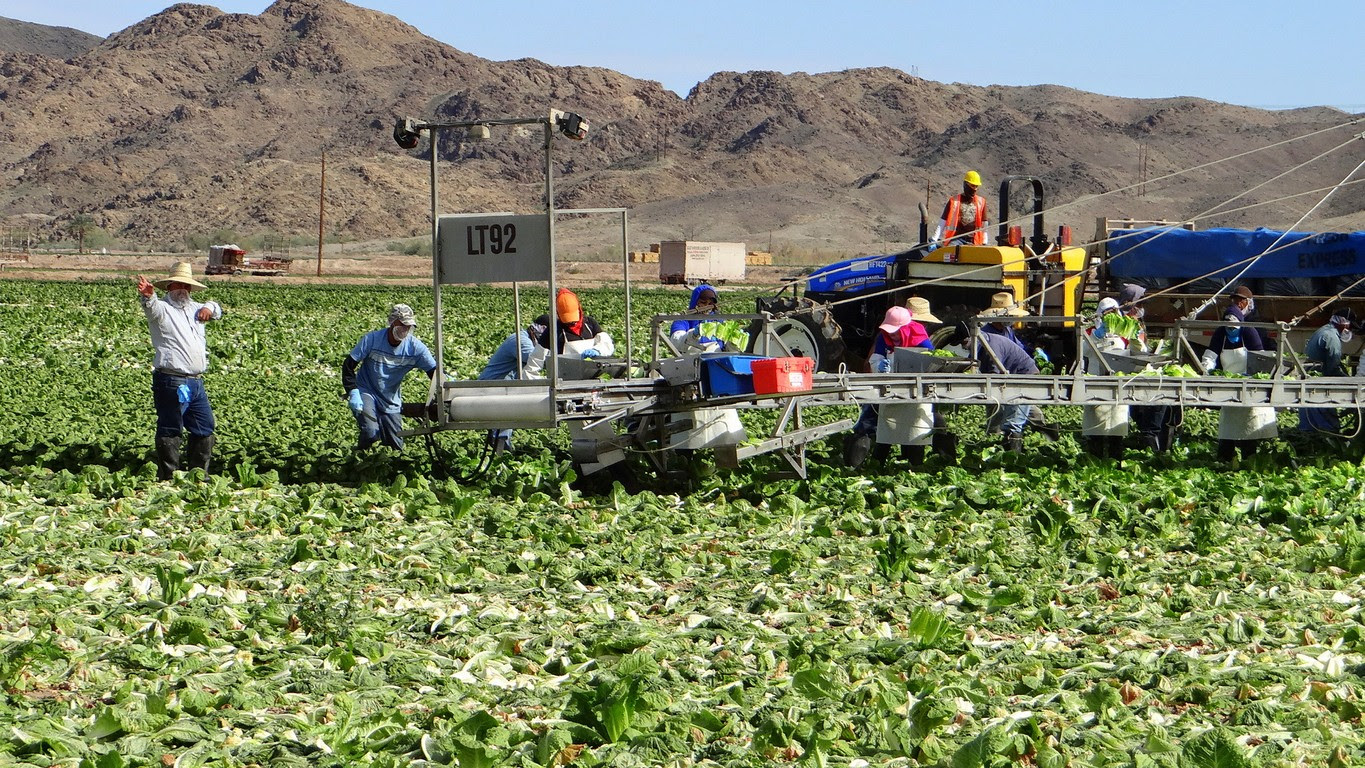 A group harvesting lettuce are probably not interested in Super Bowl Sunday. The boss of this crew whistled at me and indicated that I should not to take pictures of them. 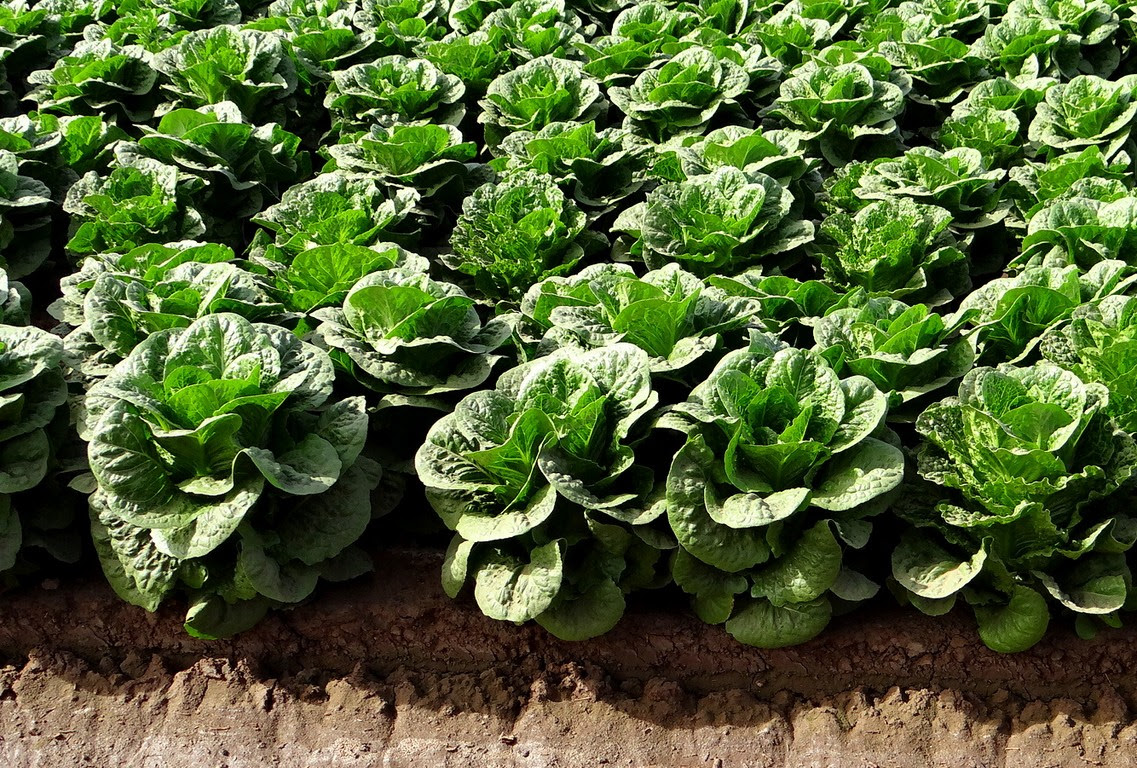 I got to see all that green I was longing to see. 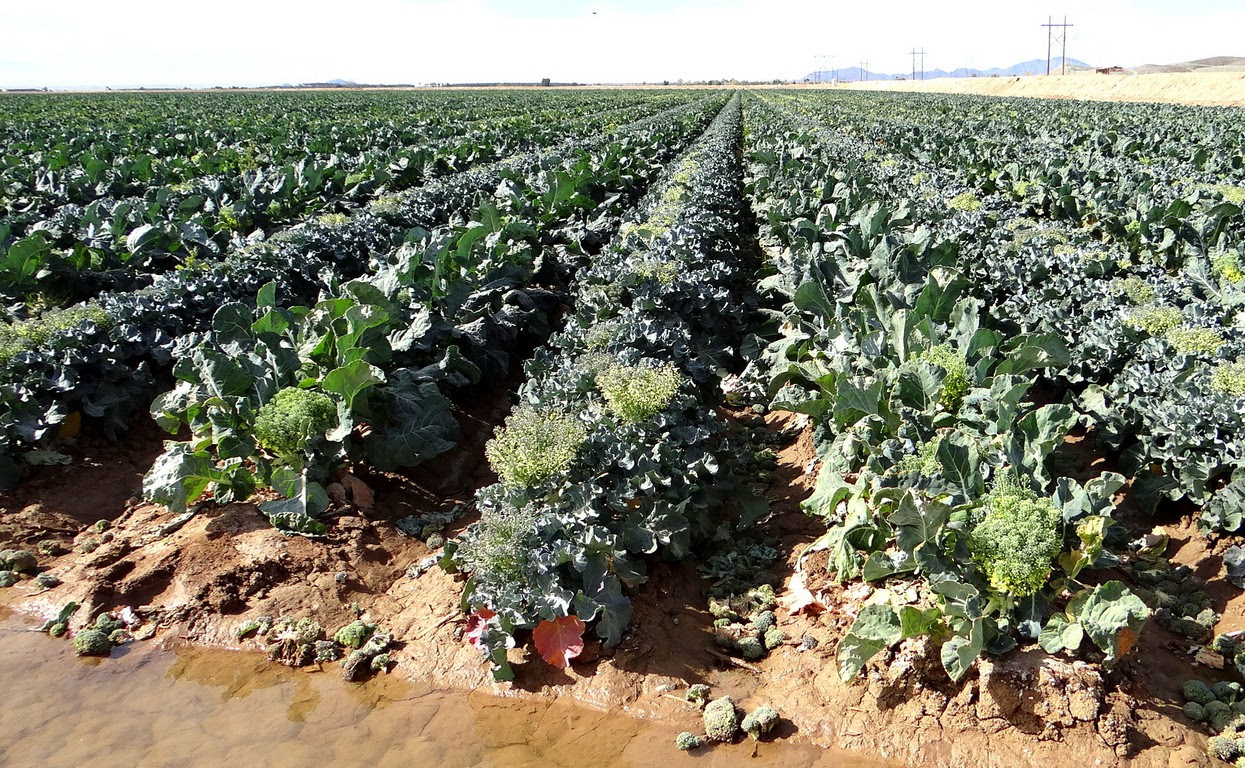 Various colors of green as in broccoli. 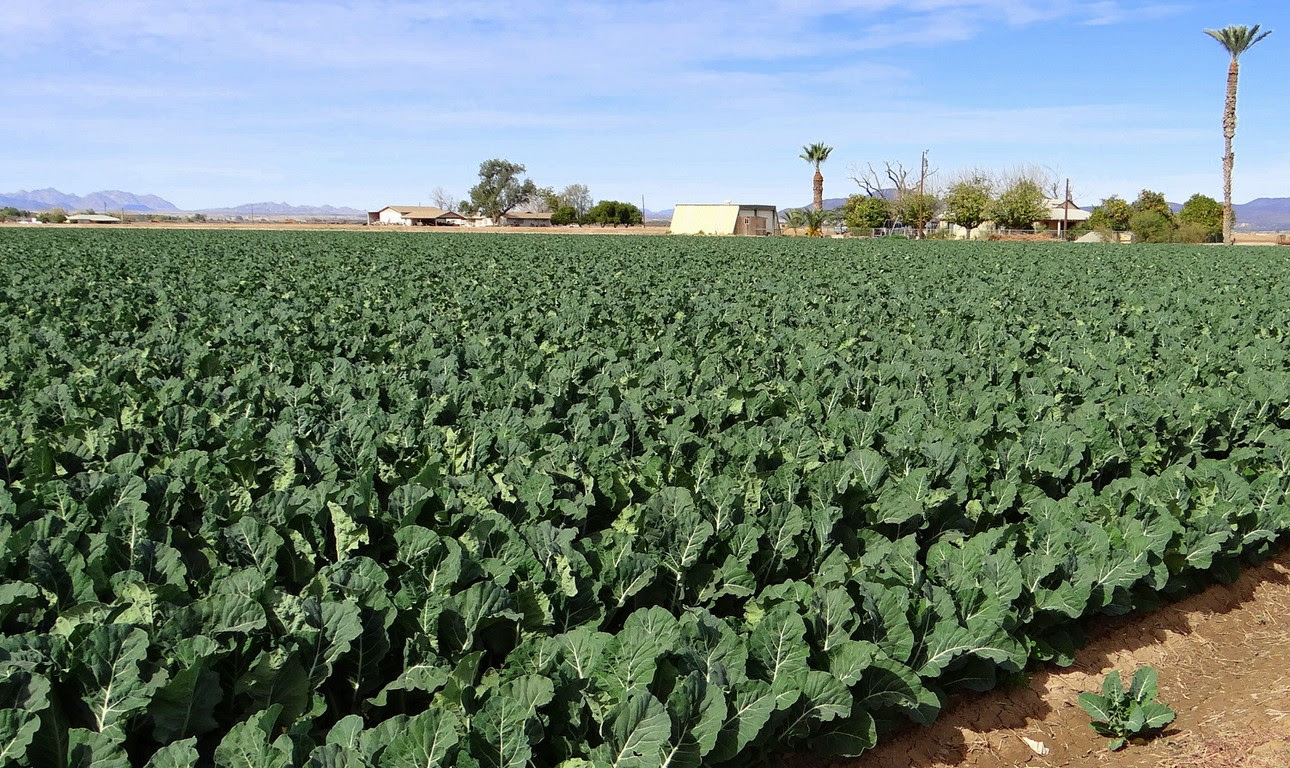 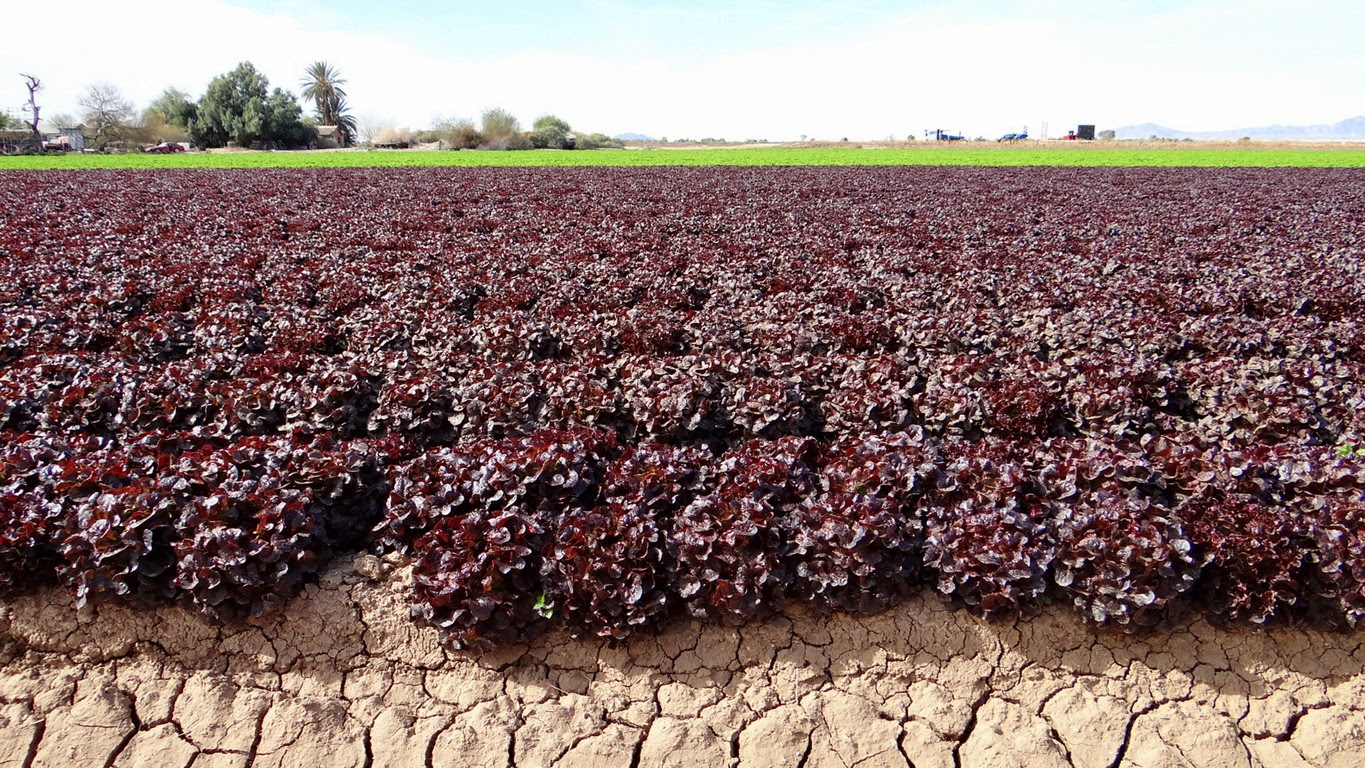 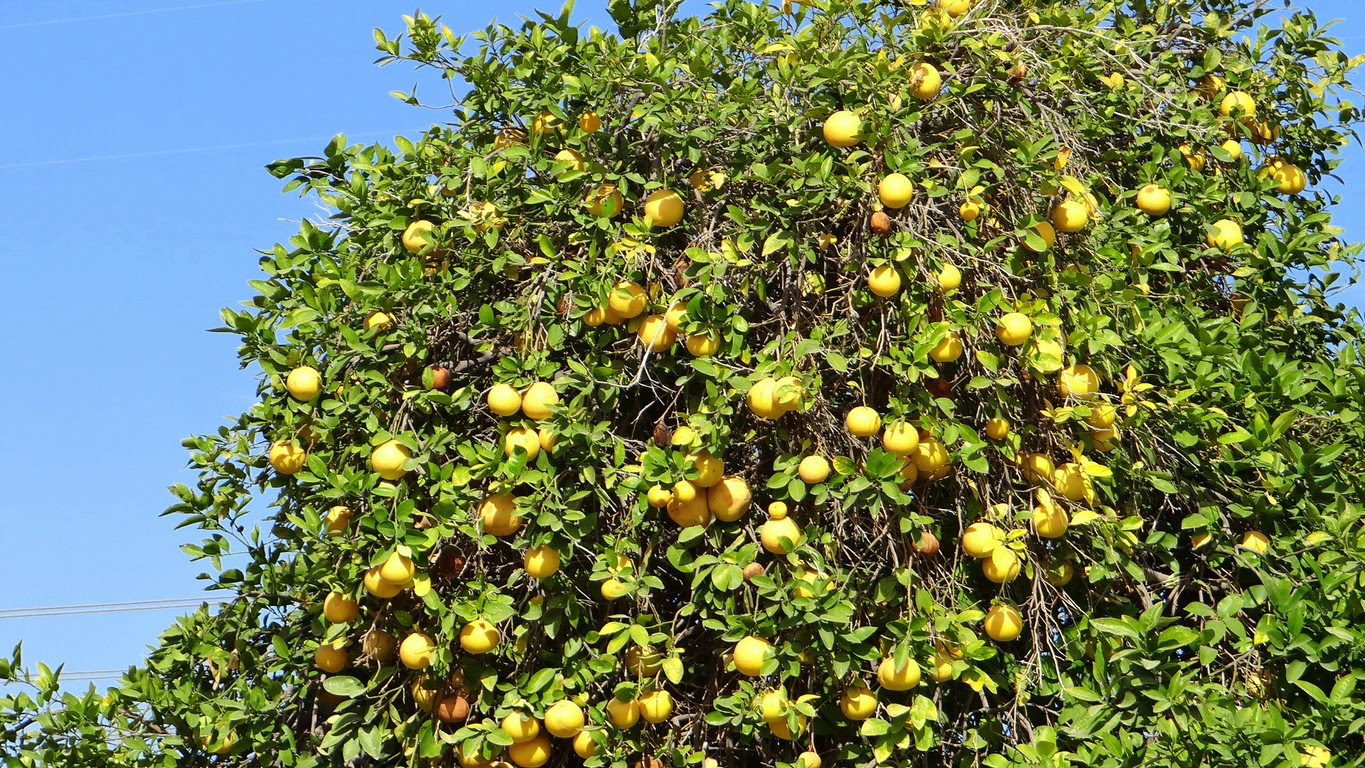 On our previous stay in Yuma, we had grapefruit just like this hanging over the motor home where we were parked. Oranges, too. 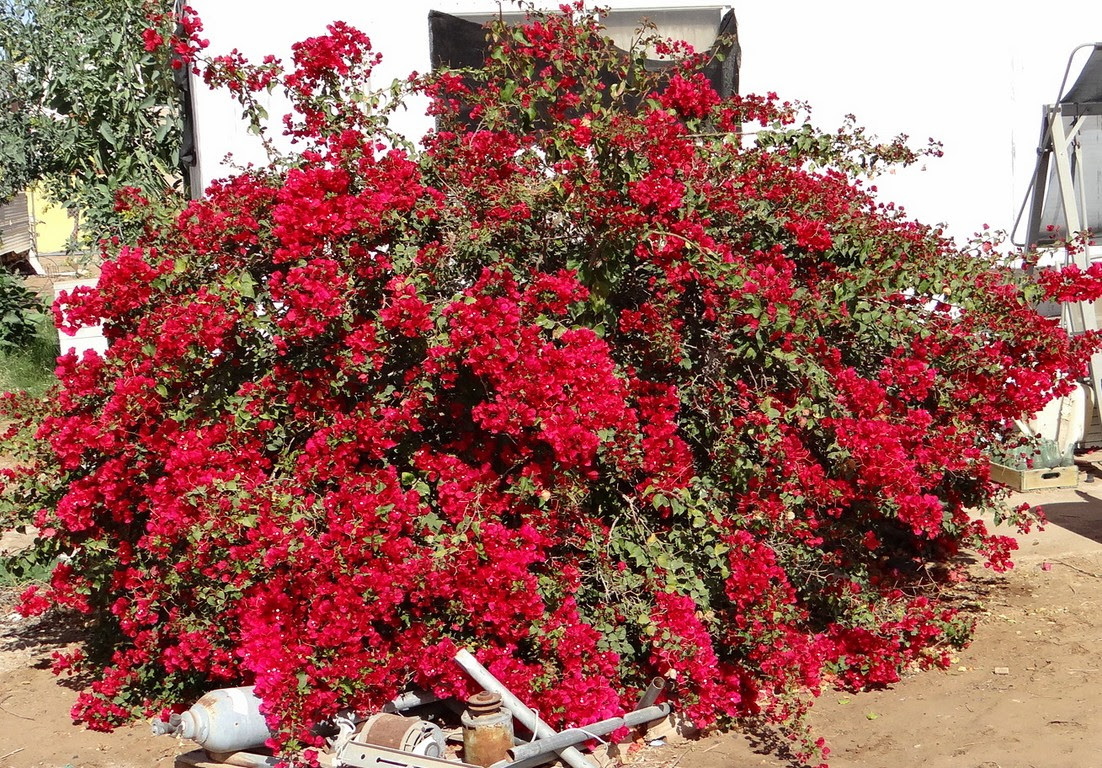 This bougainvillea doesn't compare in size to the one we walked past every morning, but there are many beautiful bushes in bloom to enjoy around town.

After our drive, we returned to town and stopped at the VFW to have a beer and a peek at the Superbowl. 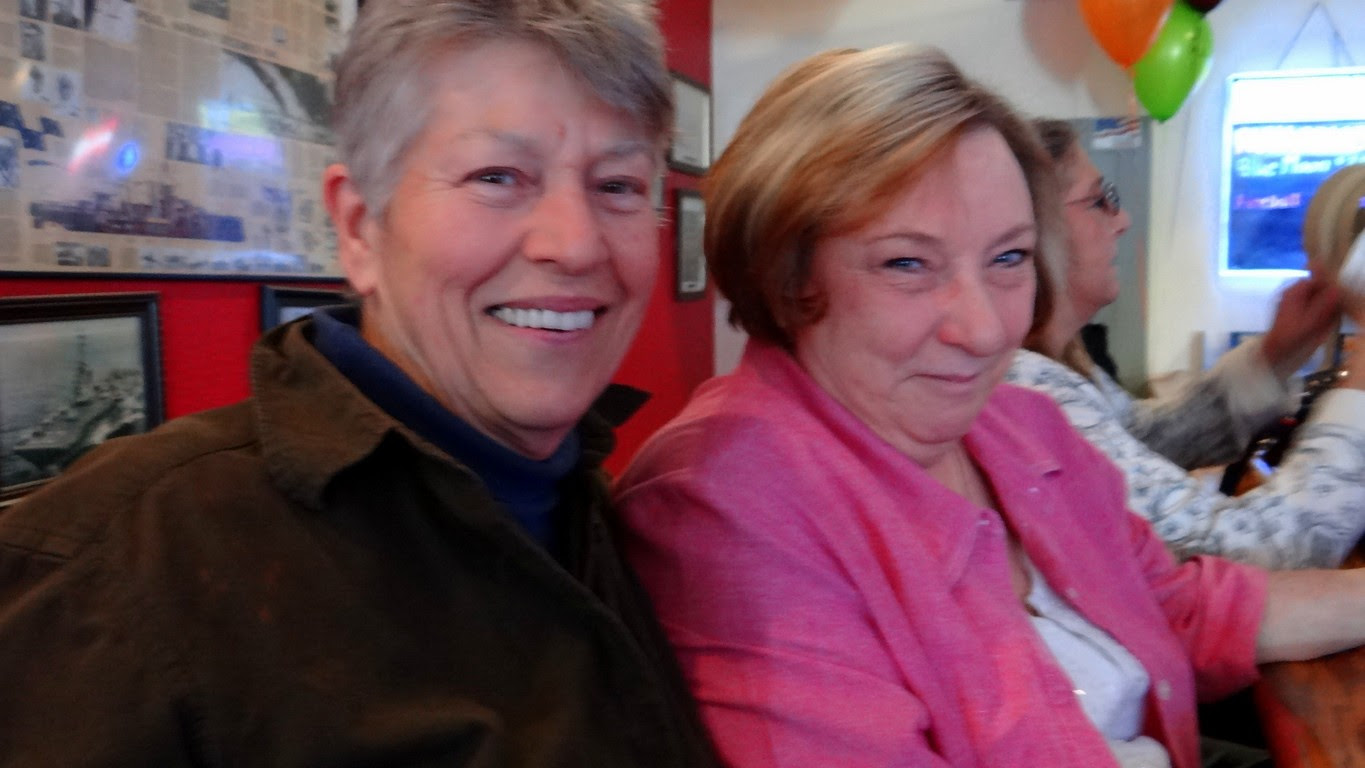 We wore our grubbies, knowing we'd have to wash what we wore and take showers to get rid of the smoke. People are nice. Jim befriended Cathy Shrader in the weeks before I arrived and wanted me to meet her. Nice gal, fun to talk to. A widow like me, hesitant about on-line dating as I was. 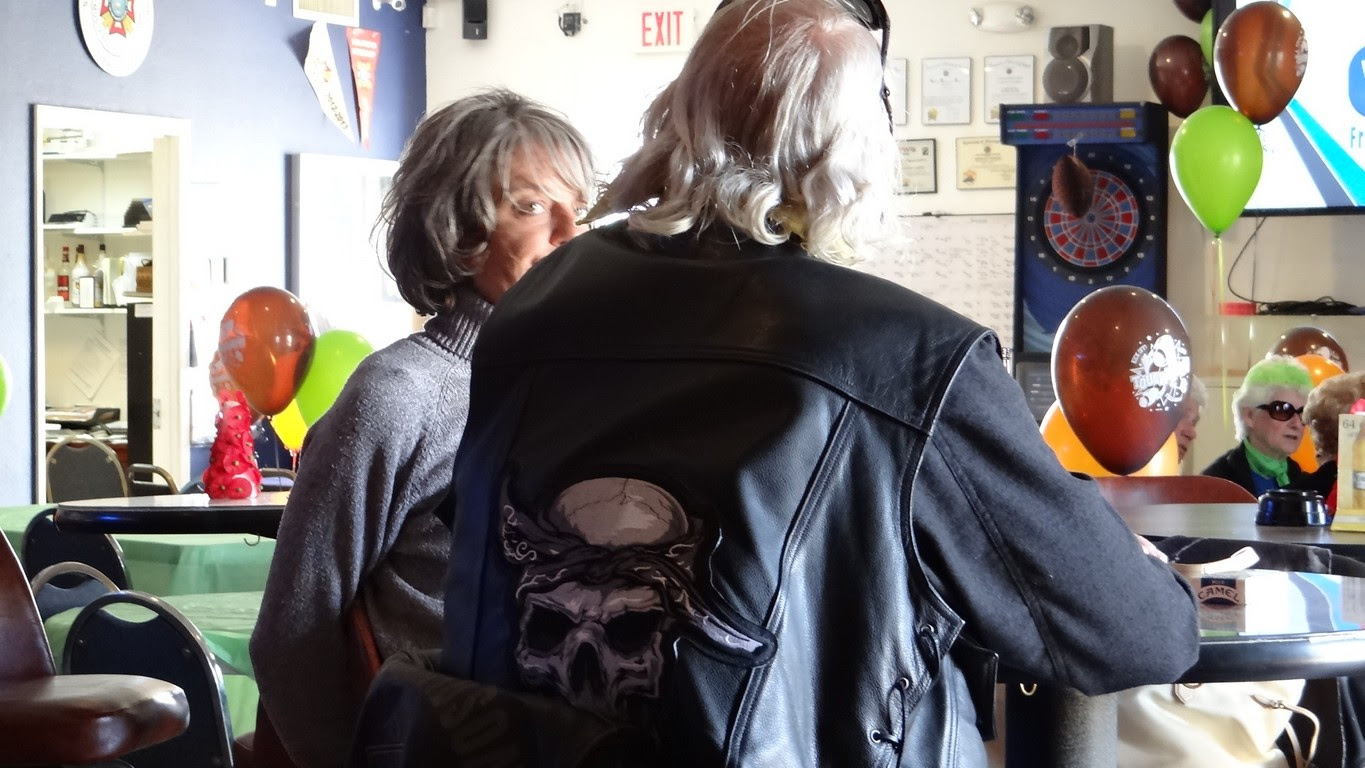 The VFW was set up for a party, but the game hadn't started. 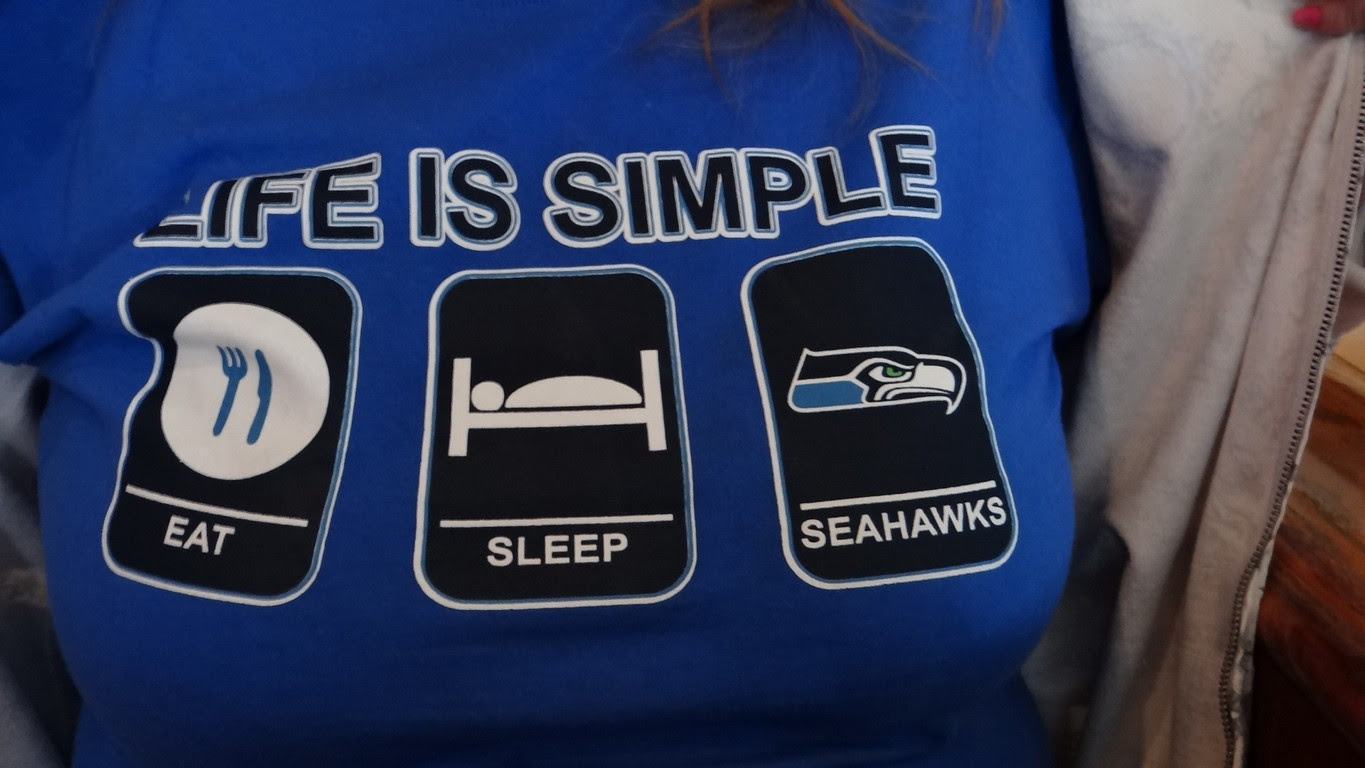 I jokingly asked a woman who she was rooting for. Her answer was this. We visited for an hour and left. We never did see anything but pre-game talk on the big screen television. Before going to bed, I called my kids to see who won.
Posted by Mary Matzek at 6:41 AM