THE SUN IS SHINING SOMEWHERE. 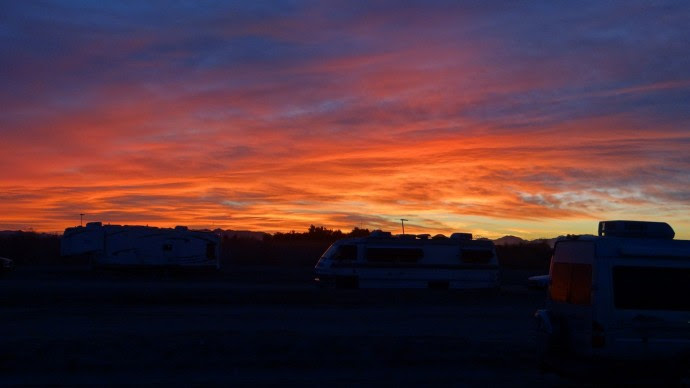 Despite a bad news day, we woke up this morning to a beautiful sunrise and it behooves us to remind ourselves that the sun is always shining somewhere.

I told Jim I was hungry to see some green but we left early for Los Algodones for Jim’s eye appointment and I caught a group harvesting kale as we drove by. That isn’t enough green for me. I’m remembering when we stayed here for two months in 2008. I need to make up for our brown winter in Murphys. 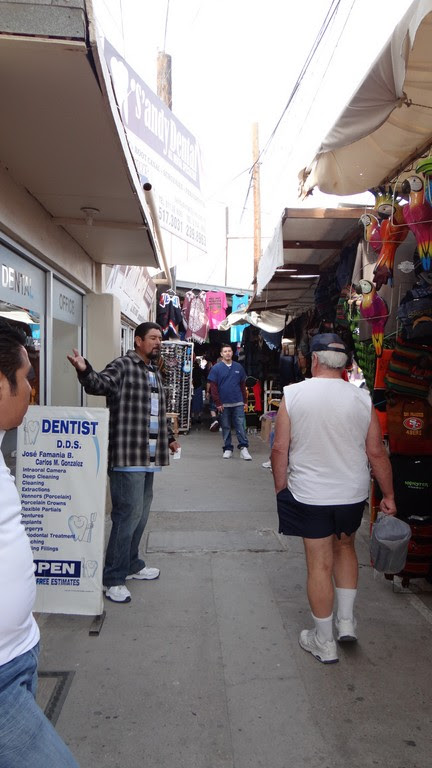 We ran the gauntlet of hawkers trying to get you to use their eye doctors or their dentist. Every few minutes someone sticks a card in your face. Algodones was practically empty from what we saw two years ago. The town has five hundred dental offices with two to three dentists in each one. The biggest concentration, so we are told, in the world. 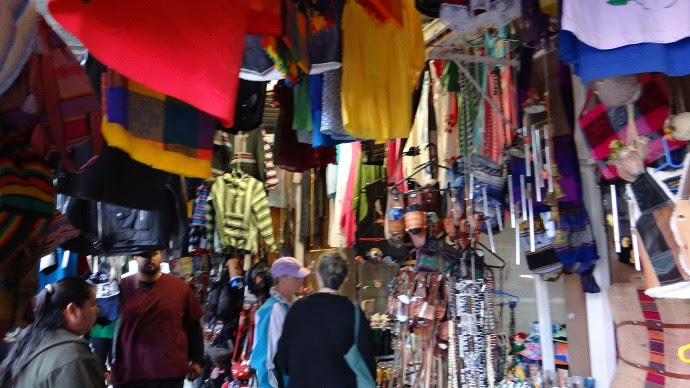 The streets and alleys are like one big bazaar, with goods hanging everywhere for sale, to bargain. 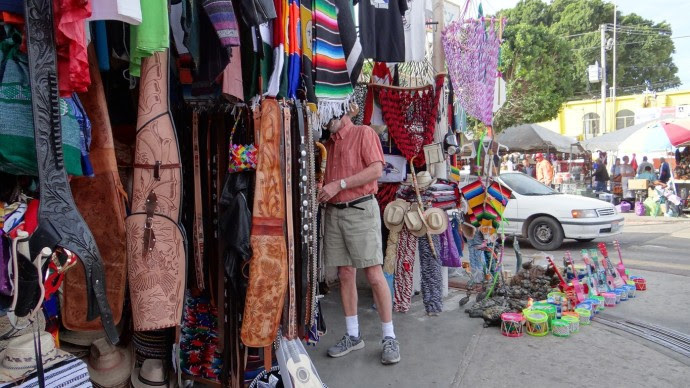 Much of it stuff you don’t need but talk about colorful and fun.  I did buy a scarf. 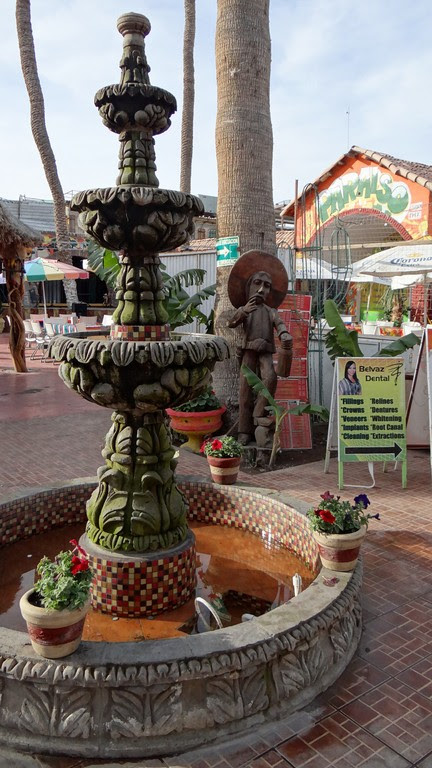 The economy in Algodones is affected by the drug cartel mess and less people making the trip. We were amazed at the five-minute wait to get back across the border instead of the 40 minutes it normally takes.  So people here are suffering for business as well. This courtyard at one time held a fountain and a lot of sales goods. Now it holds tables for strolling musicians and multiple restaurants in a circle to choose from. 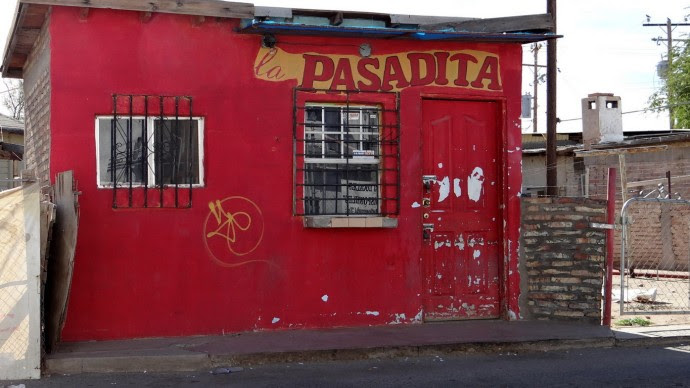 We walked around town for a an hour or so waiting for Jim’s glasses to be finished and we visited my dentist to have a new mouth guard made. His prices went up from thirty dollars last time to eighty dollars this time. I probably won’t go back to him. San Luis is cheaper, about 25 miles down the road. There is the back part of town not so pretty. A lot of places closed and for sale. 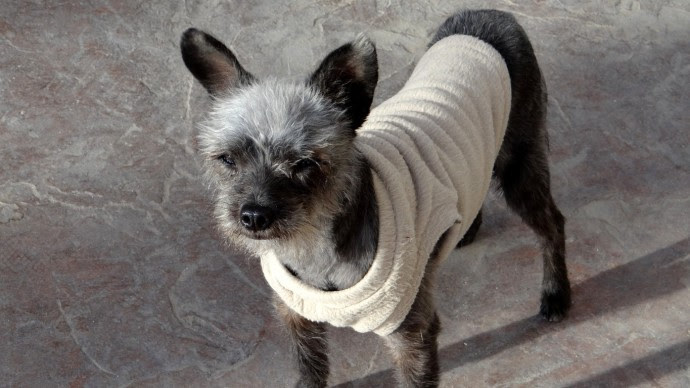 This cute little dog was irresistible and not for sale, of course. 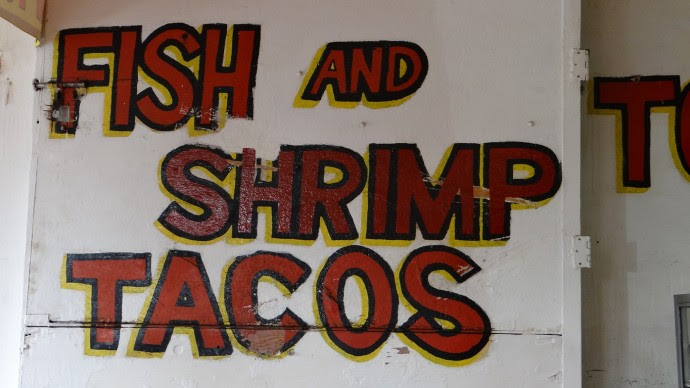 We always eat at the same place, Birrias, where they sell you a whole chicken or fish and shrimp tacos for lunch with a beer for seven dollars. I usually order the chicken but talked to an American woman who said the tacos were as good as the chicken. And, they were. 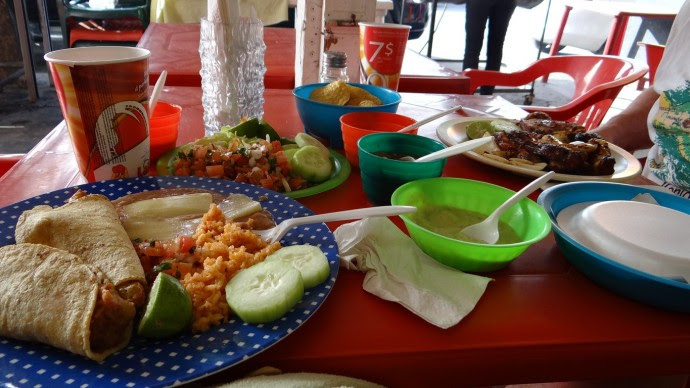 They give you gobs of condiments as well. Yum. 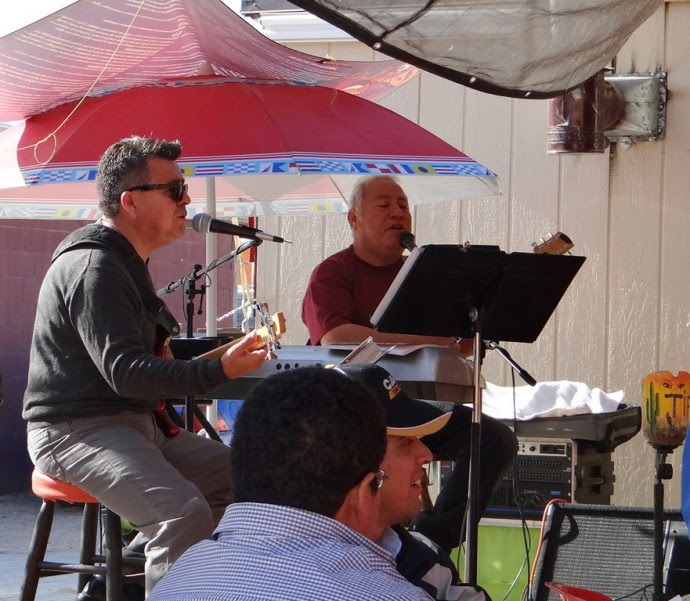 Birriras doesn’t have musicians but we listened to musicians at another restaurant. We had my Little Siamese clock fixed and and picked it up before we got back to the motor home. Jim found out he has cataracts, which is also fixable, but not in Algodones. Mexican border towns are not dangerous during the day time. It is at night you don’t want to cross over. We did border crossings in January of last year when a local cop told us, don’t worry about drug activity during the day. Go, enjoy your dinner, and we did. Algodones has not had any drug violence like other places, anyway. So if you are worried, don’t be.
Posted by Mary Matzek at 8:14 AM