The giant squid is the largest creature without a backbone. It weighs up to 2.5 tons and grows up to 55 feet long. Each eye is a foot or more in diameter. For eons the shark has been considered the oceans top predator until the Seattle Aquarium found sharks disappearing.  One night they caught on camera, a common giant octopus, that had been moved into a larger tank with sharks and other big fish, gobble up a shark. Hmm!

The divers that have photographed octopus and giant squids now know what danger they have been in. Besides their unique ability to camouflage themselves and disappear before your eyes, a giant octopus or squid has the strength to easily gobble up a human.
check out the link below: 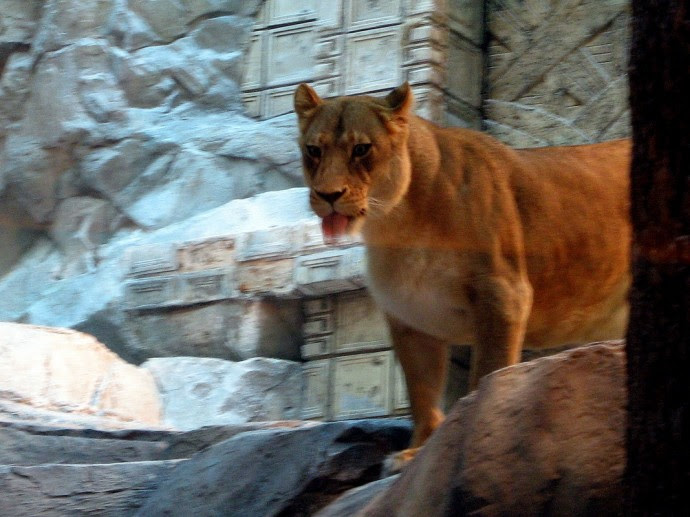 We think we know what the top land predator is.  That’s something to think about.
Posted by Mary Matzek at 6:59 AM