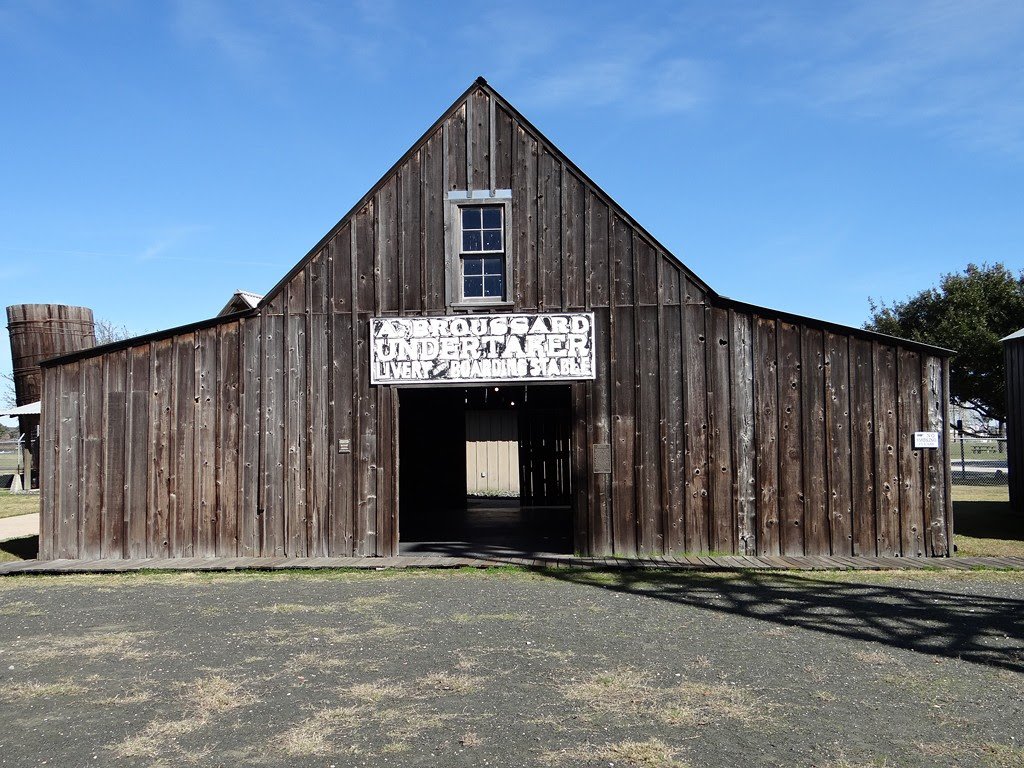 Yesterday we visited the preserved buildings of the town known as Gladys where Spindletop, the discovery spot of the first oil well,  in Texas,  is located. 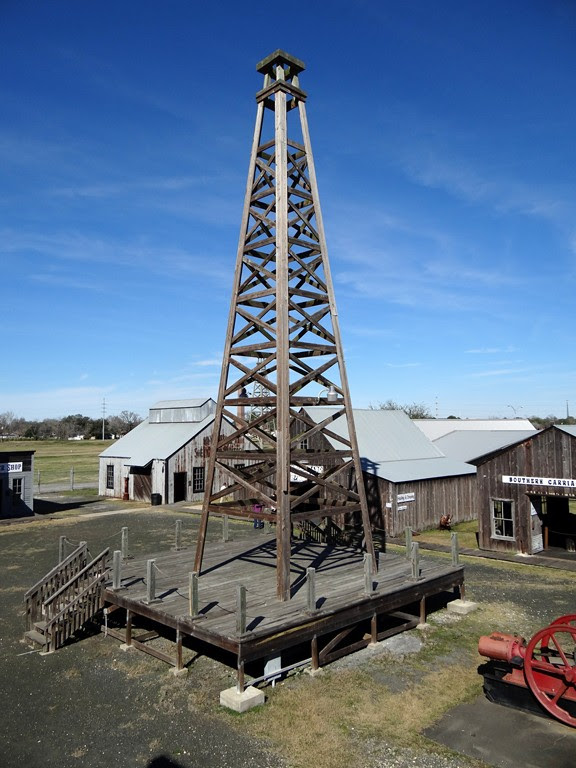 This derrick is a replica. The actual spot where the ground began to shake and, with an ear-splitting roar, the well erupted hurling 4 tons of drilling equipment, shooting mud, rocks and gas into the air on January 10th, 1901, is just outside this square of buildings. The workers fled the scene and cautiously returned only to witness the second eruption that soared 200 feet above the derrick. This very tame and well-preserved town was once a rip-roaring boom town. 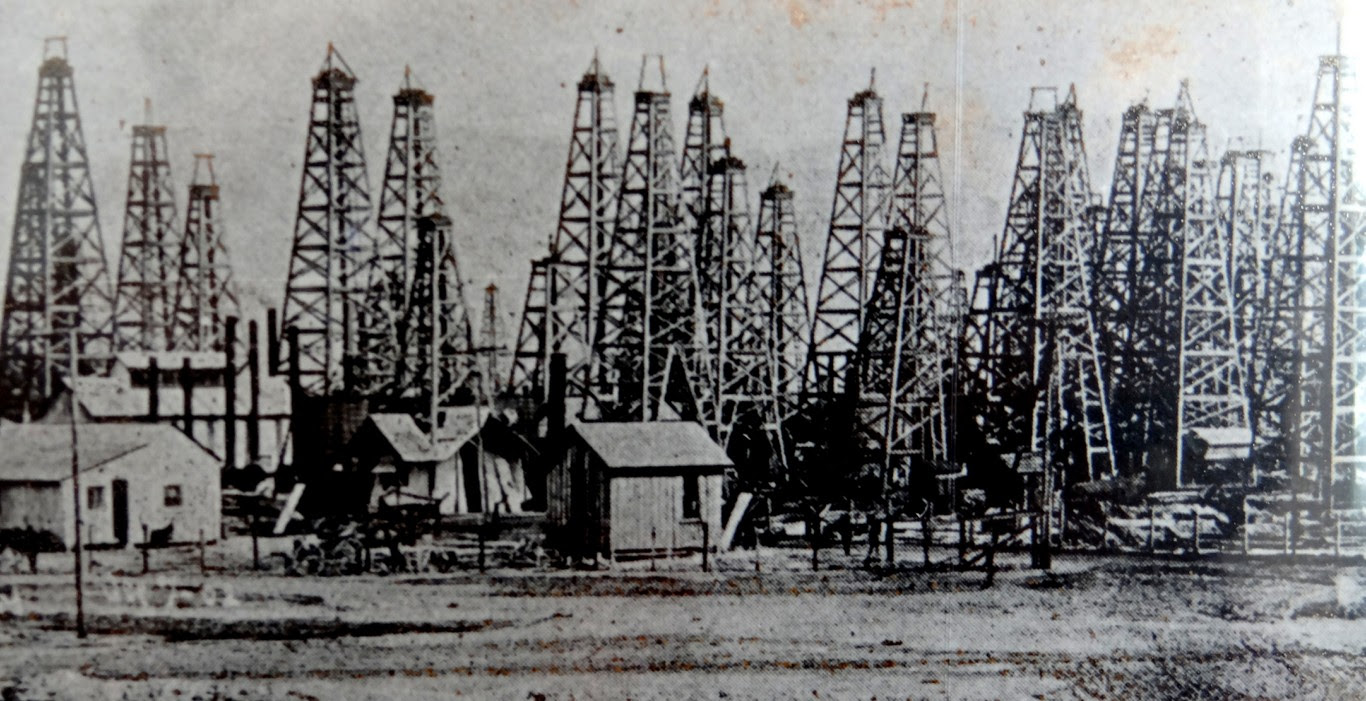 It took nine days to cap that original eruption and the word spread quickly. The small town of Gladys, (later Beaumont), went from a population of 9,000 to 50,000 practically overnight. Leases were sold like apples in small plots the size of an oil derrick base as everyone swarmed into Spindletop to get rich. Fraud was rampant and people began referring to Spindletop as Swindletop. 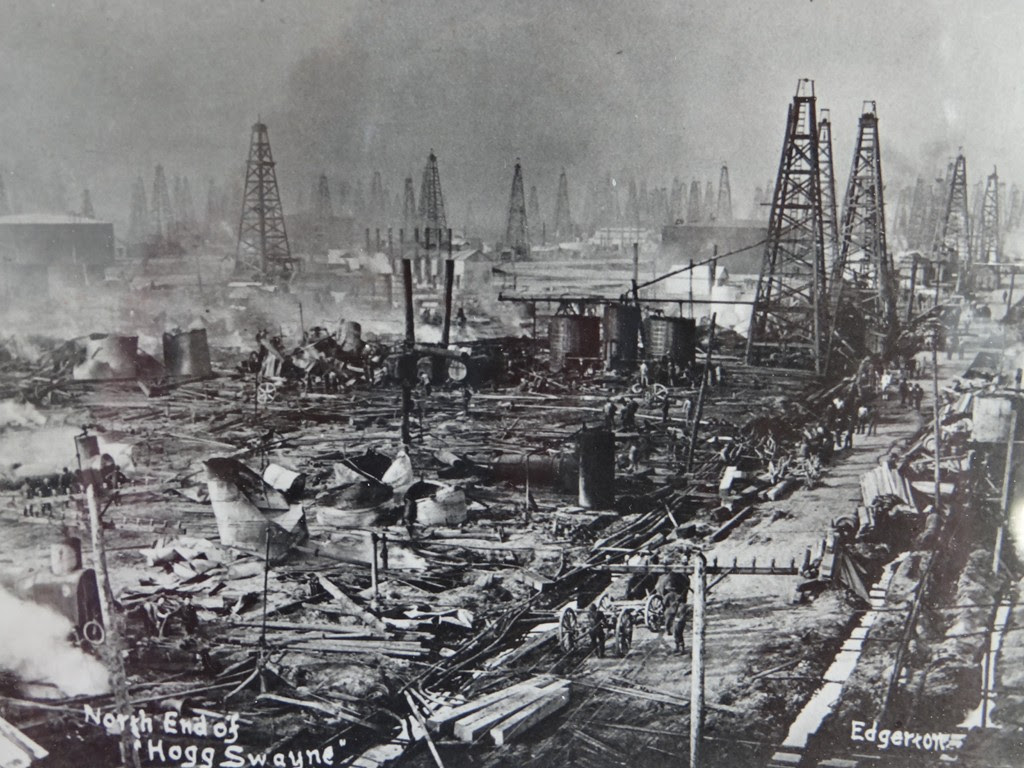 The old pictures tell the tale of what this place was like. The men who came in droves had nowhere to sleep. They rented a barber chair, a table in the bar, a spot on the floor, anyplace to lay their head. Some even paid passage on the night train to Houston just for a place to sleep, then bought passage the next morning to return to Spindletop. Water was scarce and cost $6 a barrel  while oil was selling for 3 cents a barrel. 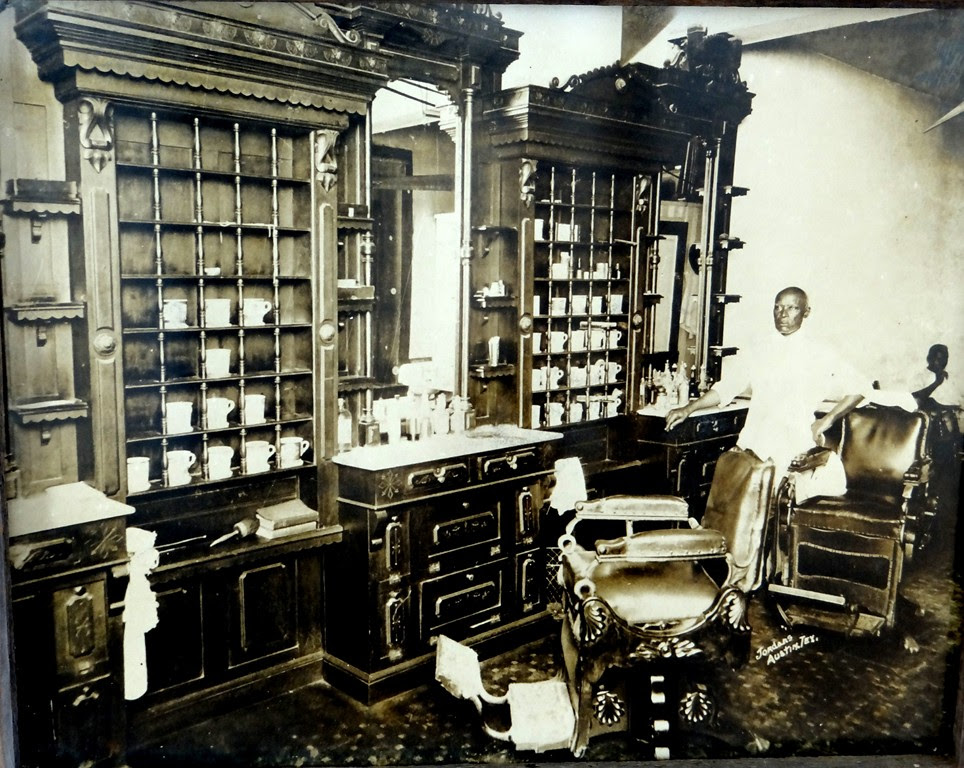 This is a picture of a fancy barbershop. The barber got rich. 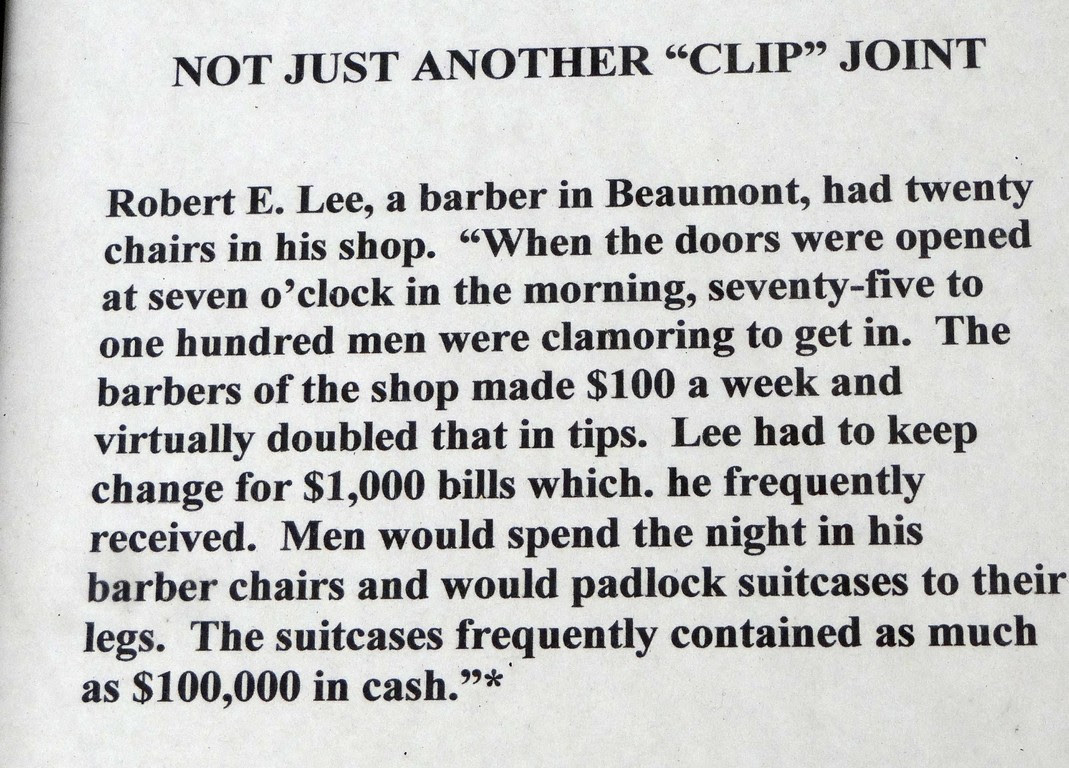 Spindletop oil field had more wells and produced more oil than any other field in the nation, at one time bringing in 800,000 barrels a day. Oil was first discovered in Titusville, Pennsylvania. Oil was used to light kerosene lamps, as lubricants, for varnishes and paints. Those wells were called rock oil and slowly gave up 100 barrels a day. With the oil boom, all transportation, trains, planes and automobiles,  switched to cheap, plentiful oil and made Texas the richest state in the nation for a long time. 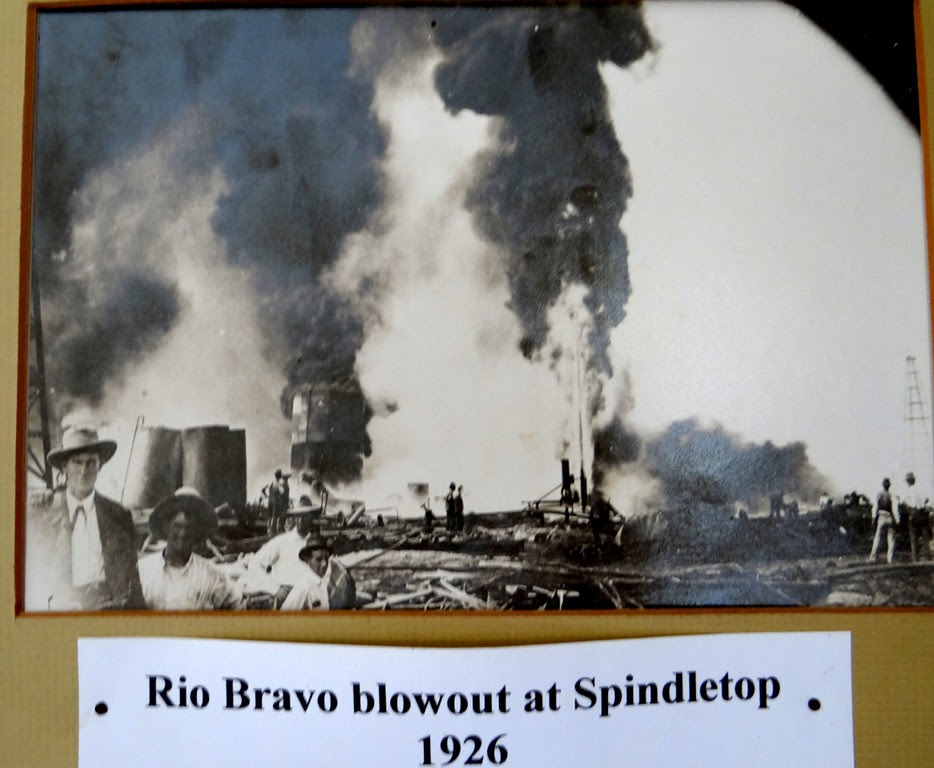 The early wildcatters and their families paid a price to live amidst this muck of a town. Drunkenness, violence and rampant speculation was the daily climate. People lived on oily mud filled streets in tents. The air reeked of gas and burning oil. Children came home to those who had "real" houses with their clothes and shoes and hair stinking of oil, fouling everything they chanced to touch. Fire was an ever-present danger. 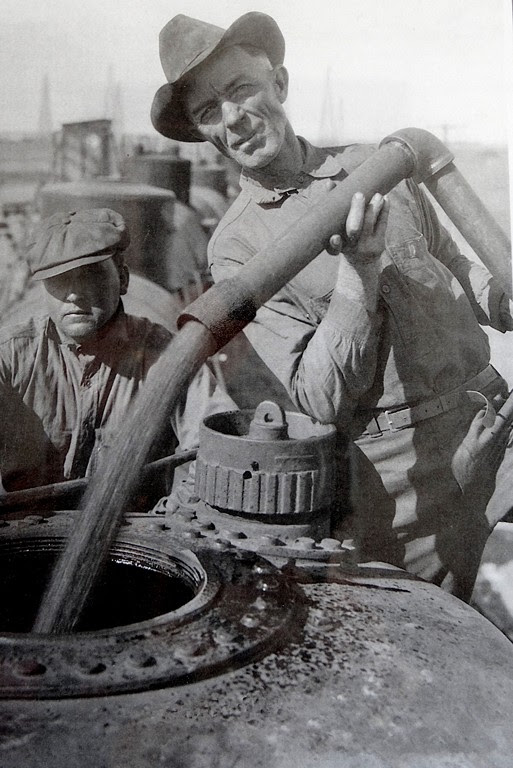 Workers had to change clothes every day and hope they could get a bath. 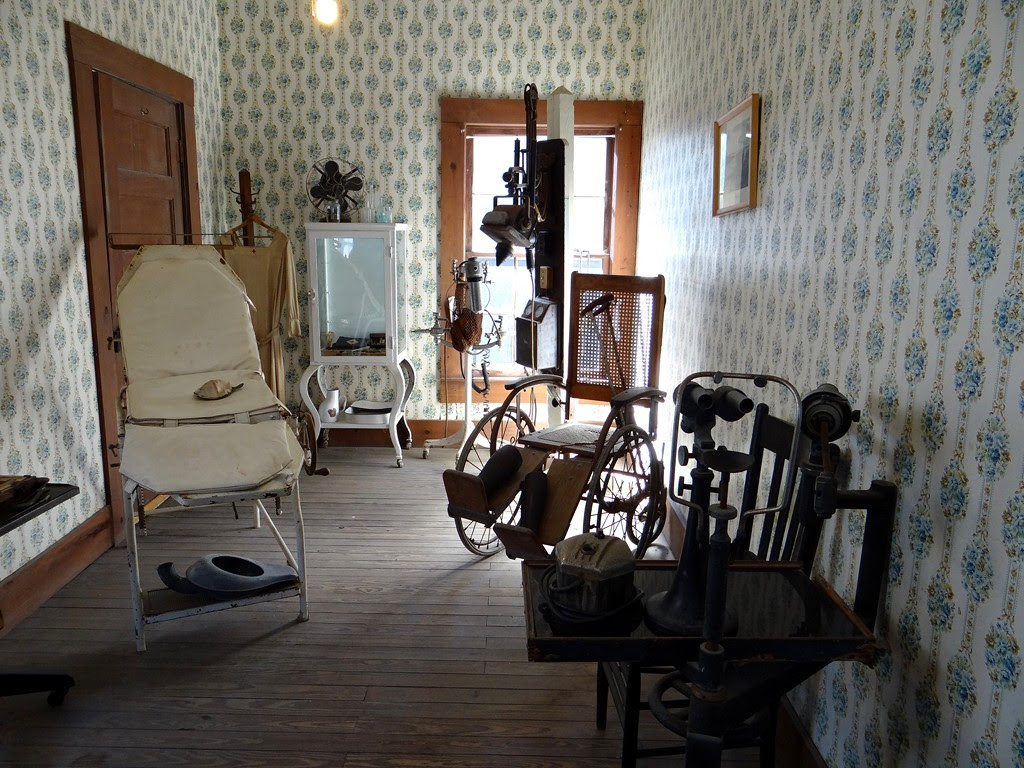 Of course, they prospered and it was a common thing for two businesses to share a building, as this doctor's office... 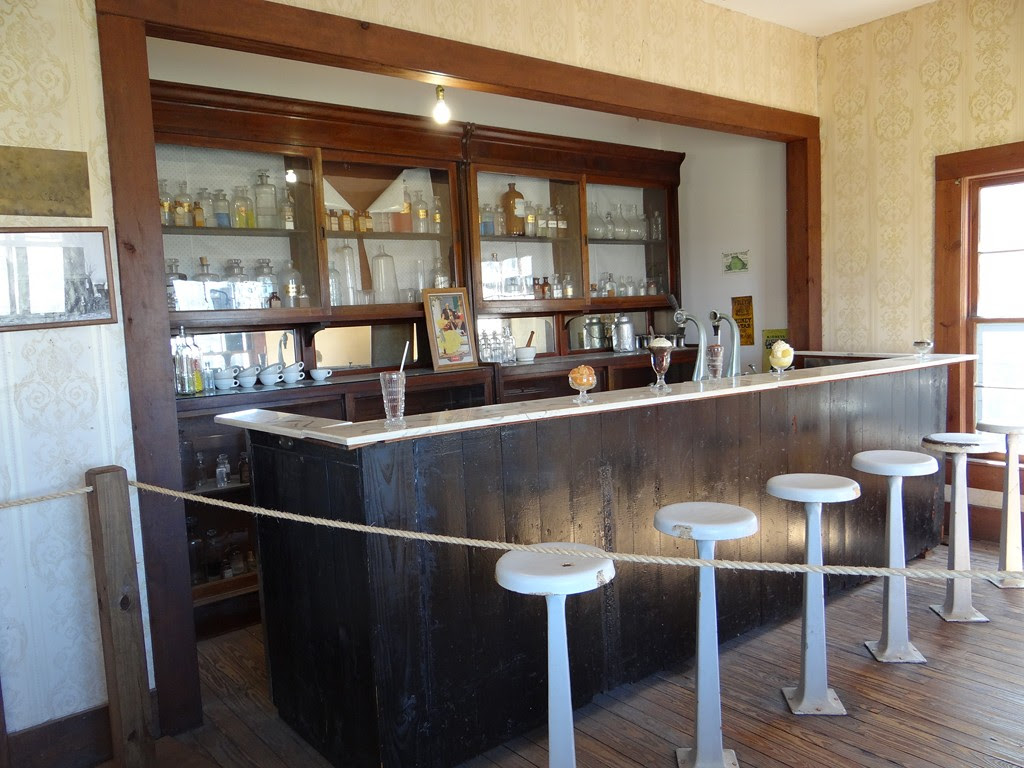 ...and this ice cream shop. All of the buildings in the town are open and are furnished with stuff from that era. An interesting visit. It is part of Lamar University Grounds. 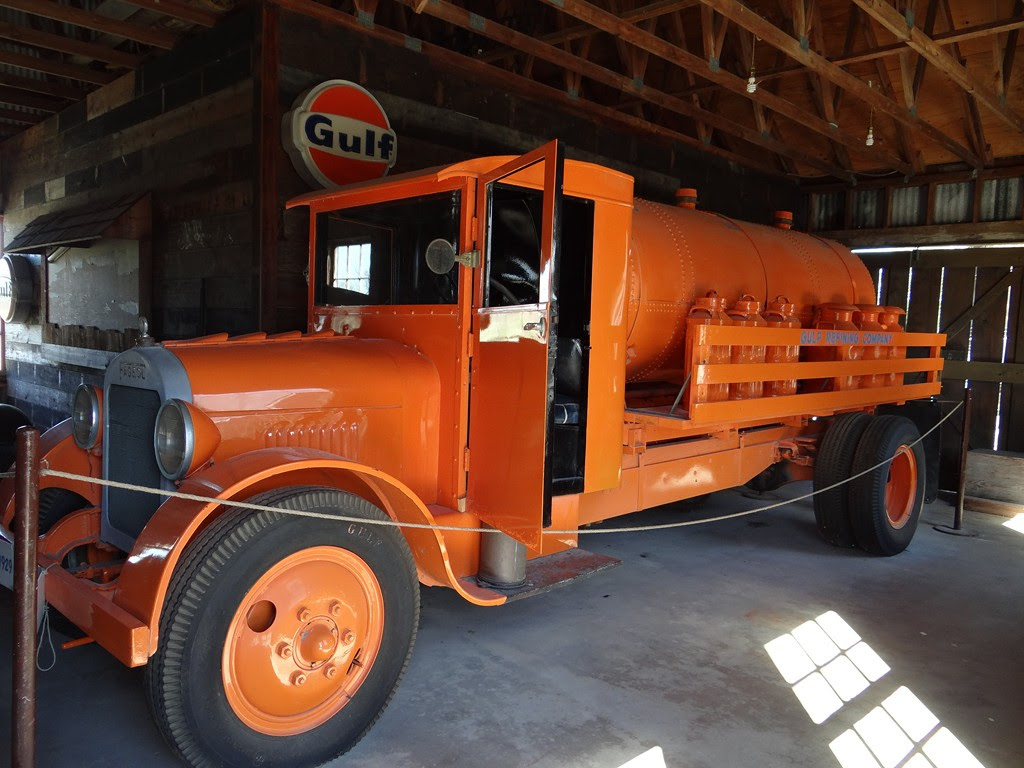 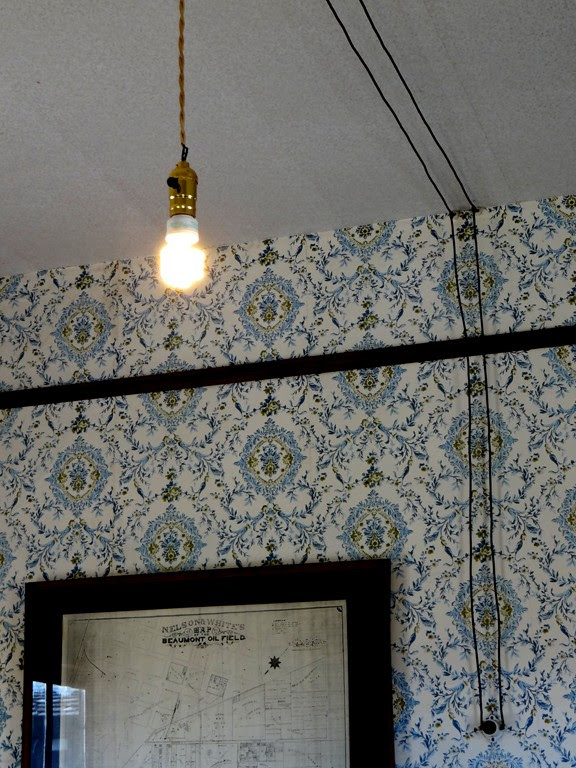 The surveyor's office got electricity at some point, wired on the insides. 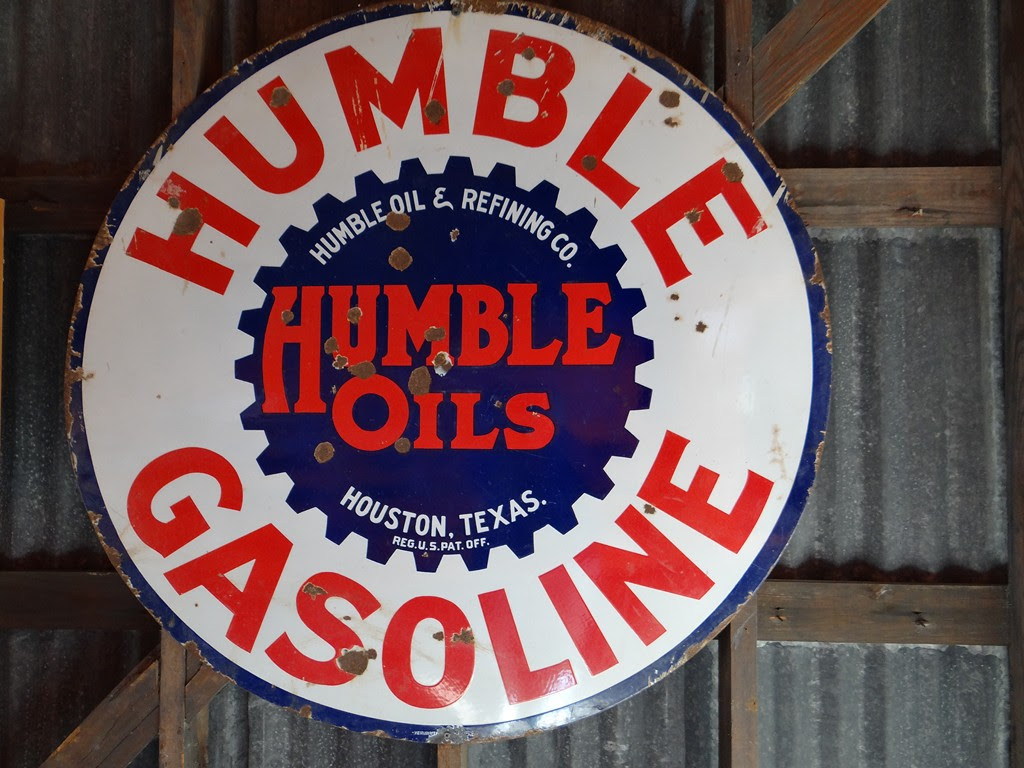 There are a lot of interesting signs and artifacts to view here. It was an interesting place to visit. Signs in the bar, No Credit and Don't Spit On The FLoor. Many building touches like this hook to lock the door. 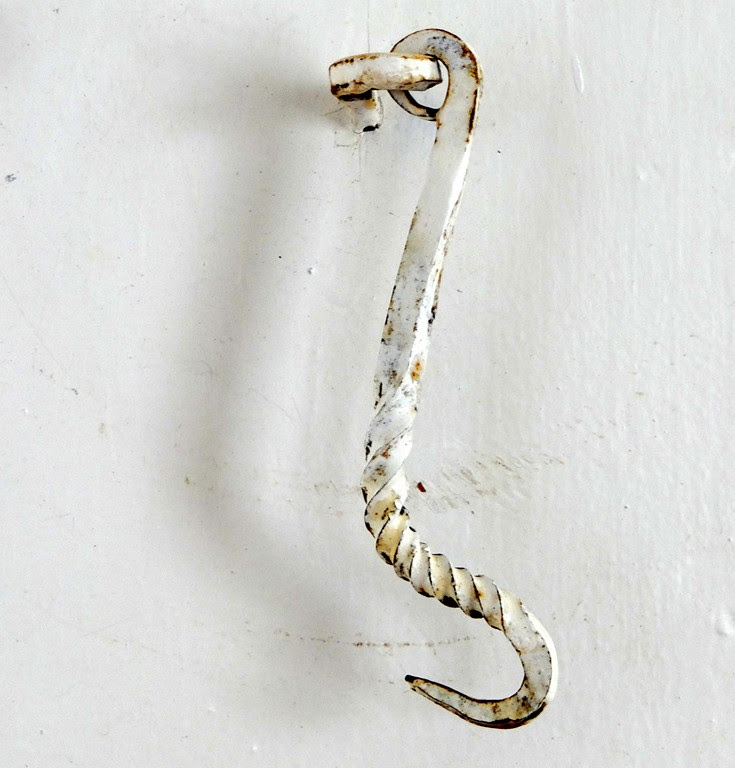 The center has a film and we saw a field trip of kids who got an education about the oil boom from the docent. It was more interesting to us, than them, I could tell. It is safe to say that oil fueled the nation. Spindletop was named that because it was just a little hill with spindly little trees that didn't thrive. Besides the fact there was always this black guck surfacing in puddles. Black gold.
Posted by Mary Matzek at 7:02 AM