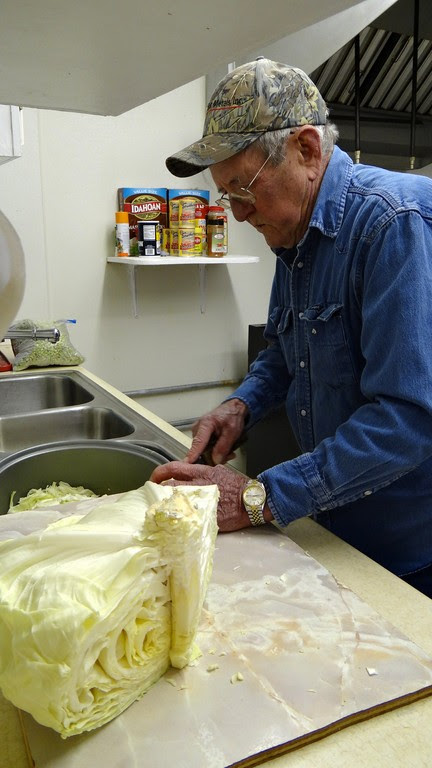 We are parked next to the American Legion in Lake Arthur, Louisiana, waiting for good weather. The patrons here told us we have to stay through Thursday, because they cook jambalaya for everyone for lunch.  The cooks arrived about nine. Flys was cutting cabbage for the coleslaw. 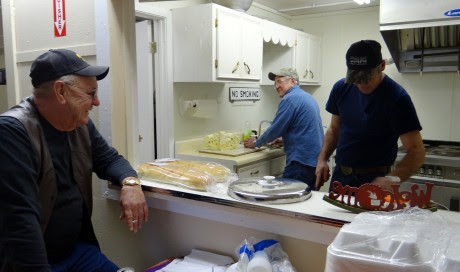 Norman was taking a break while Mark cut up the pork meat. 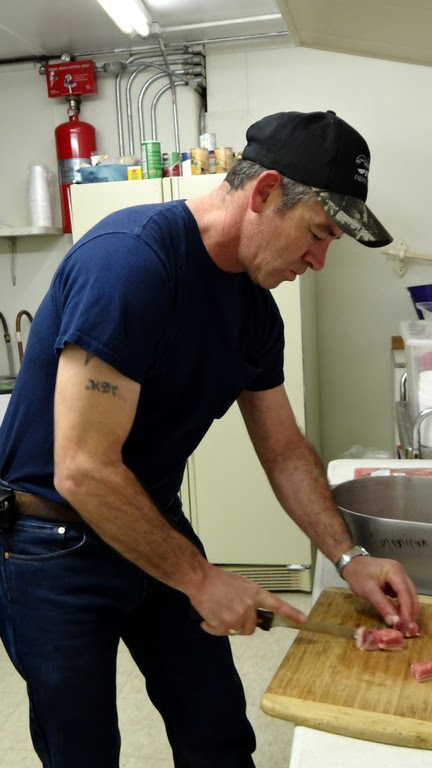 Most of the fat comes off, but not all of it. Then it is set to brown. 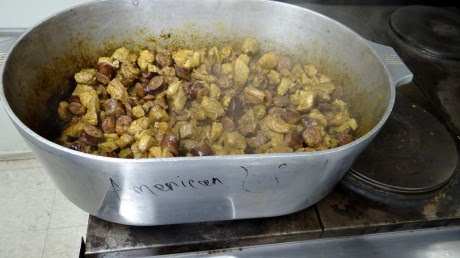 When it is almost browned, the sausage is added and it gets stirred some more. 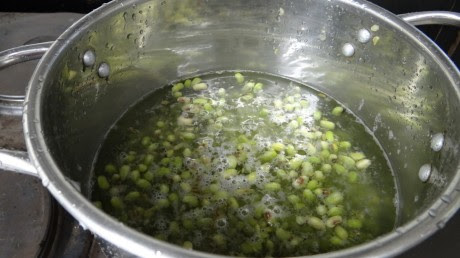 In another pot, fresh crowder peas cook. And still another pot holds rice. 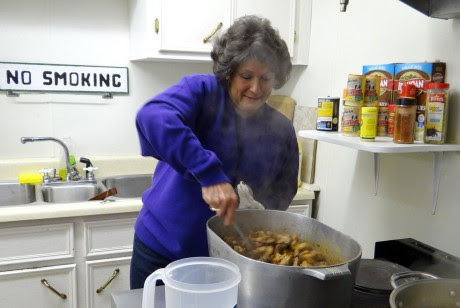 Sally added water and seasoning and took her turn stirring. 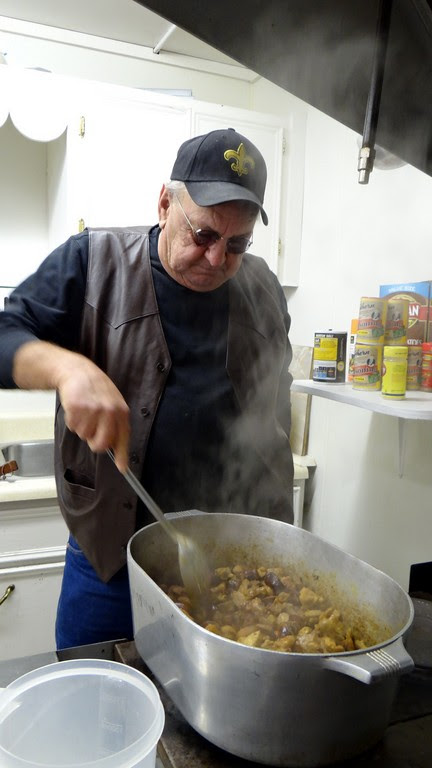 Norman gave it his approval and Sally began loading styrofoam trays with the free  lunch for everyone in the bar. 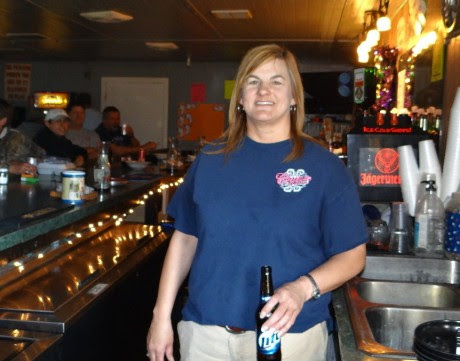 We bought a round of beers for the cooks and others did the same. Julia, the bartender is  very able and practically runs, she is so busy. 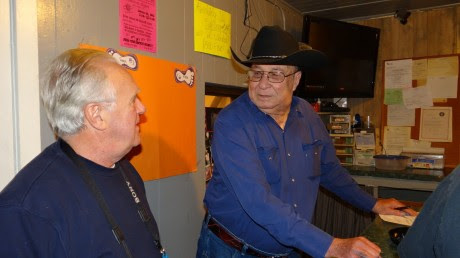 We finally met the Commander of Post 403, his name’s Don. He says he doesn’t like crawfish which is a sin in this part of the world. His father told him he wasn’t a true cajun. We laughed. 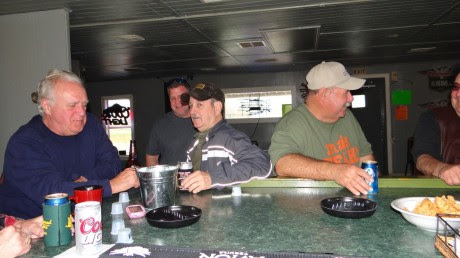 The patrons here depend on the friendships they’ve developed. It is their social life and joy to get together, drink and eat. The bar always has peanuts, pork  rinds, or something to nibble on. Beer here is lite and only comes in 10 oz cans.  The man standing closest to Jim, is Shannoo. He owns the LA Bar downtown. Everyone has dictated that we HAVE to go to the LA Bar and after we had lunch and a beer, we did. 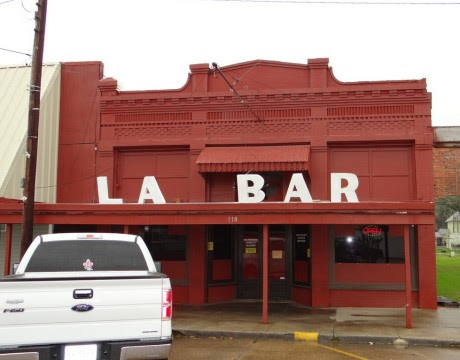 It is in an old historic building and according to some of the pipeliners, it is well-known outside Louisiana. 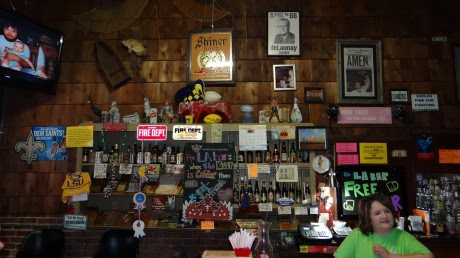 It is one of those places that has jokes and stuff and a big horned deer head hanging on the walls; dollar bills pinned to the ceiling, and 75-year-old whiskey. Shannon, doing bartender duty,  is the owner’s wife. Her husband is also named Shannon, so he removed the n, added an o, and goes by Shannoo. 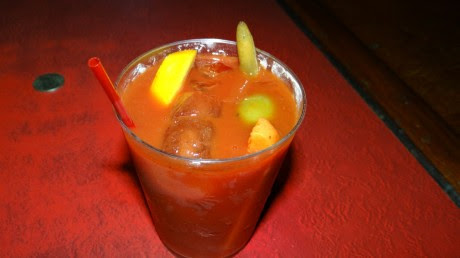 We were told the LA Bar serves the very best bloody mary money can buy. It was different, spicy and delicious with a green bean, carrot stick and okra pickle, an olive and lemon slice. 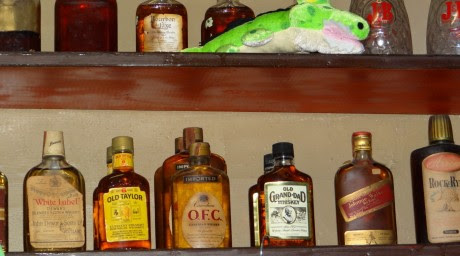 When the previous owner died, the bar was closed for four years. The locals are appreciative that this young couple in their thirties rescued their famous icon. Shannon told me some of these bottles are 75 years old and have never been opened. They are no longer for sale. 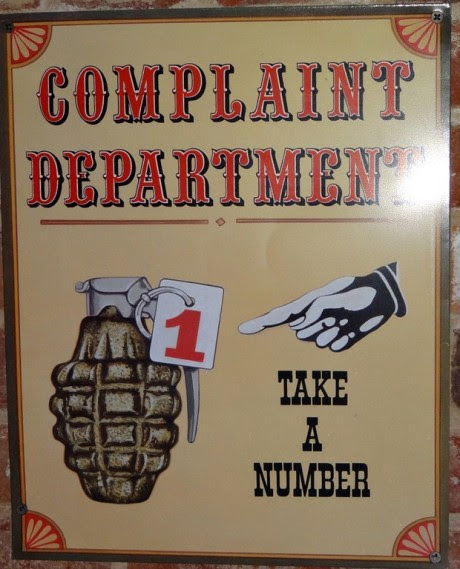 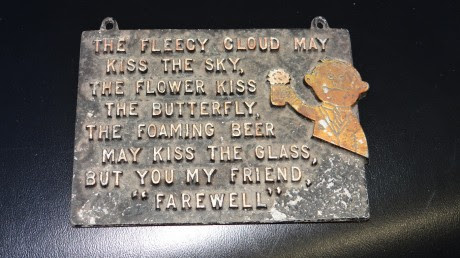 Some are as old as that whiskey. 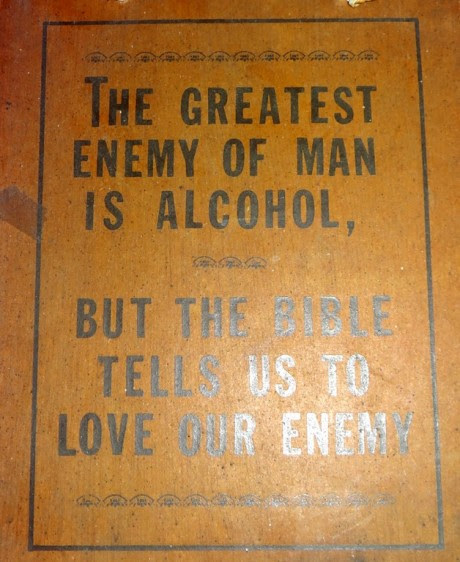 This one is barely readable. It looks like politicians were just as popular 75 years ago as they are today.  Politicians and drunks not permitted on premises. 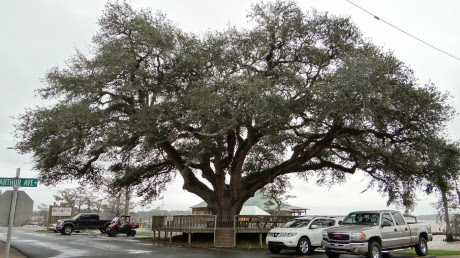 We walked toward the boardwalk at the lake. A beautiful oak greeted us at the end of Main St. Then the winds and rain suddenly started up again, and we had to abandon our walk. 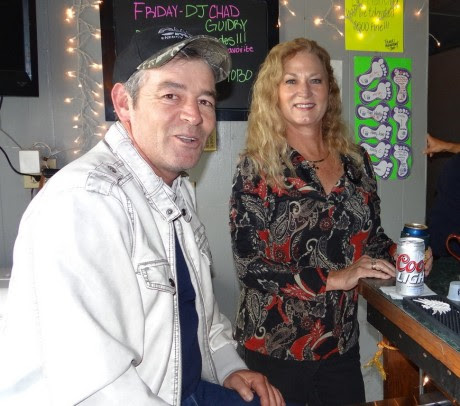 We read for most of the day. Then back in the American Legion bar for a nightcap. Mark and Marlene were back as well. Mark will take us out to net catfish in his boat this morning if the weather isn’t too wet and too windy. Everyone seems to like everyone in this community. You never hear them grumble and complain about their neighbors. Fine salt of the earth people who know how to have fun. Tonight there will be a dance with a DJ.
Posted by Mary Matzek at 5:21 AM

Thanks for sharing your thoughts about radio flyer big flyer big wheel.
Regards