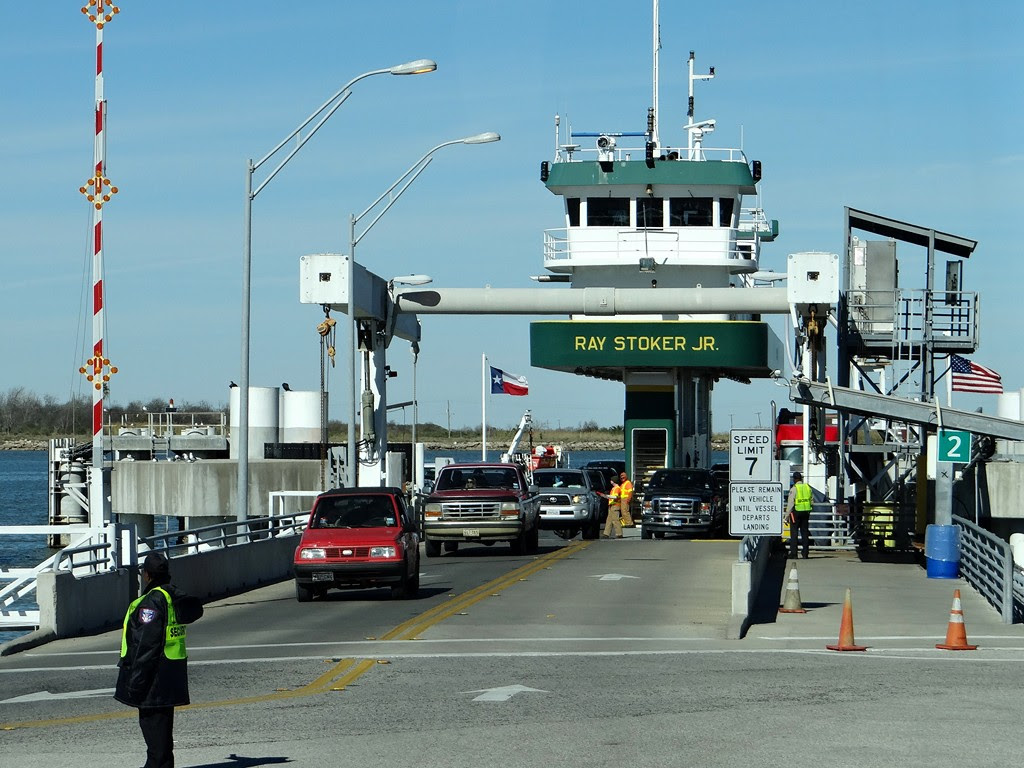 We left Galveston and took the Ferry over to Bolivar Island. 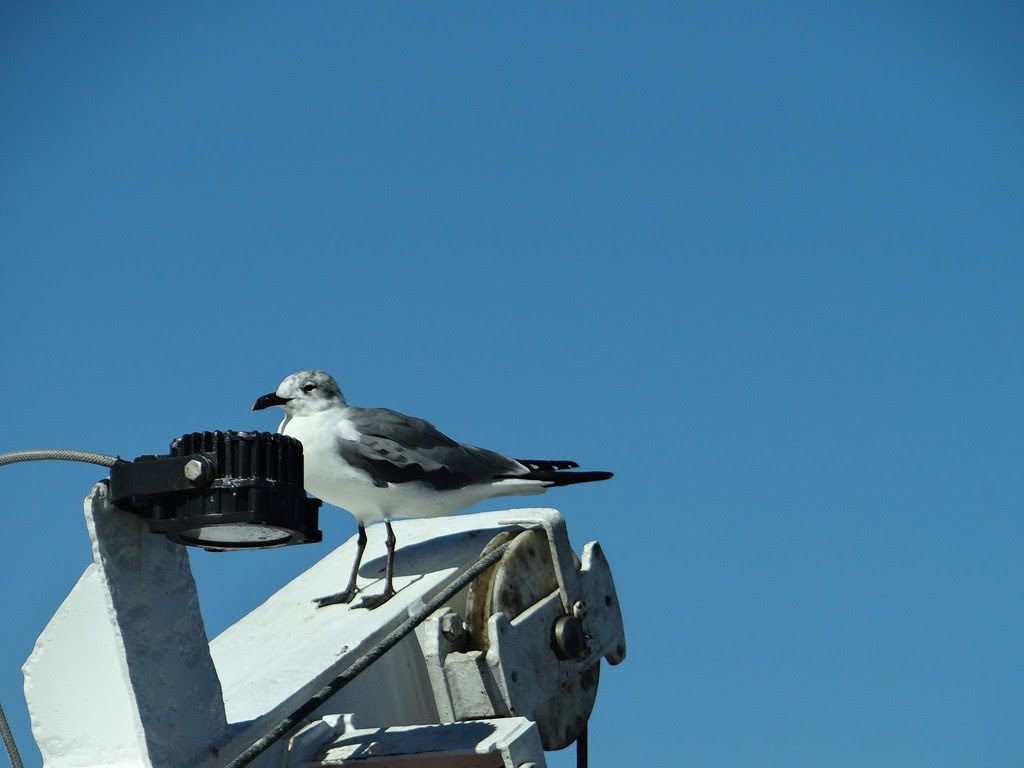 ...and these sleek black birds follow the ferries and take a ride with the cars and trucks. These black birds resemble crows, but I don't know what they are. 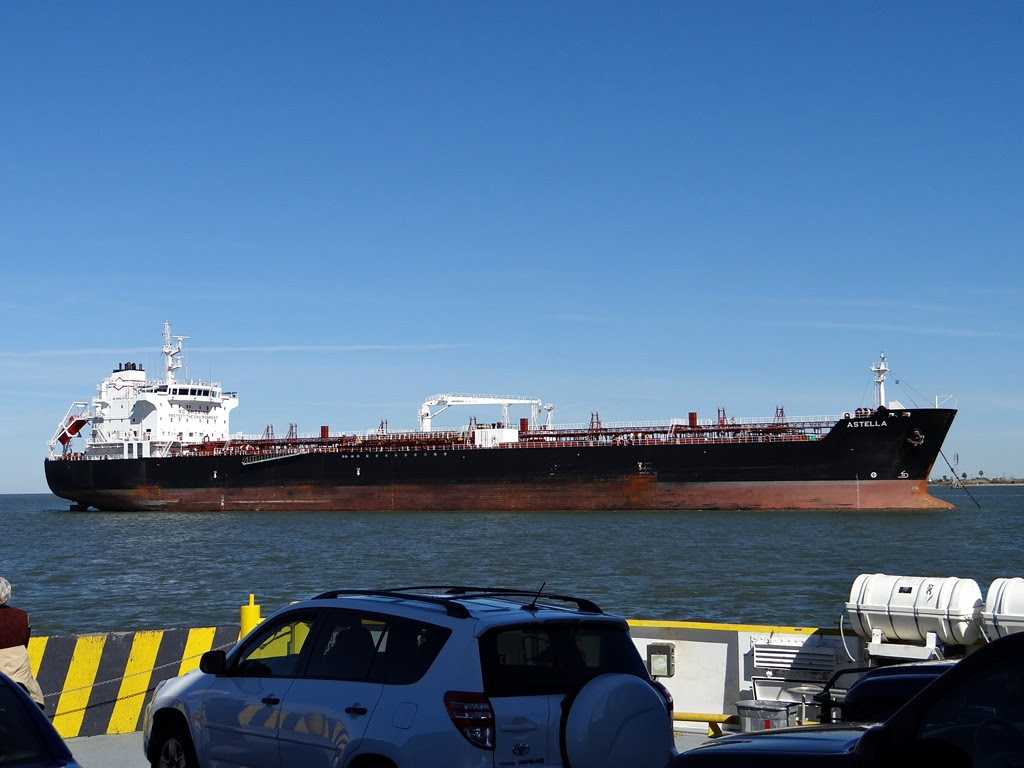 The Port is loaded with oil activity. This tanker, anchored off shore, showing empty. Others were full. Plenty of oil derricks and oil rigs working this area.
We didn't find a suitable place to stay on Bolivar Island. We took a short causeway to the mainland on the way to  Port Arthur and pulled in to American Legion Post #7. 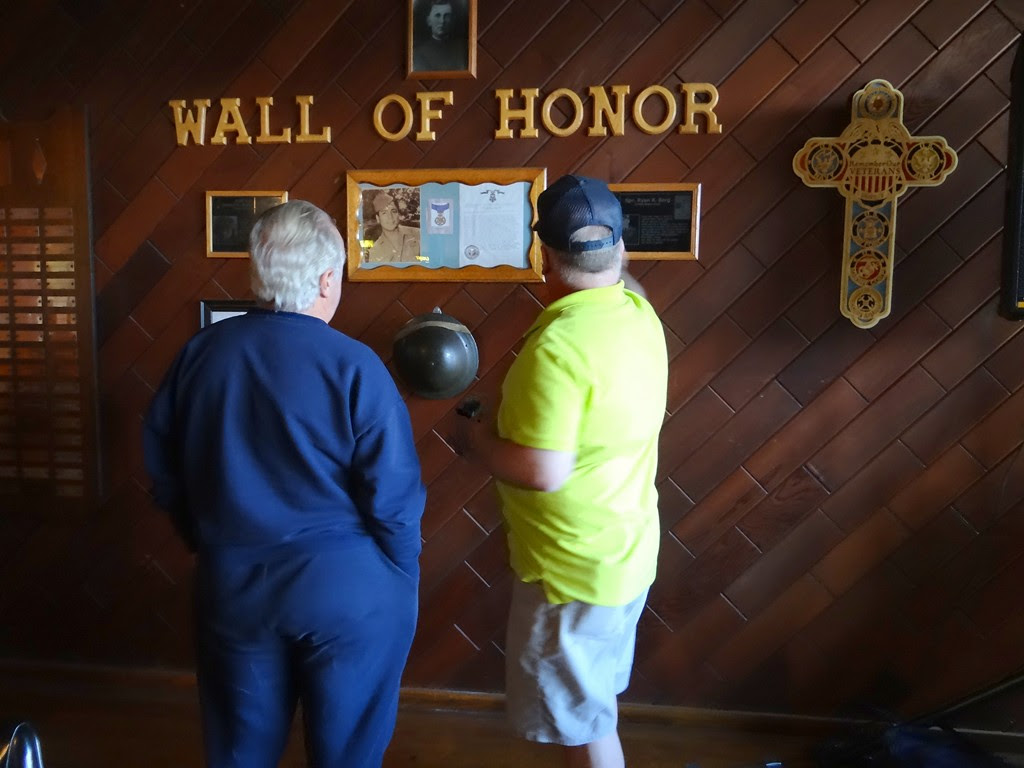 We usually go in and socialize and have a drink in support of the post. I always hate to go in because my clothes end up smelling like smoke. I was  glad I did. We had just come from a friendly post but this one was exceptional. A great bunch of people;  everyone came over and included us and told a little about themselves. It is all because of "Tex", the young commander showing Jim their wall of honor. He is 53 years old, and gung ho, energetic and organized. They have 221 members. They bought a former country club building with a swimming pool for their new post.  Four years later, it is paid for. They have many family parties and support local soccer, football, baseball, swim teams, whatever. They attract new members by being big supporters of their community. 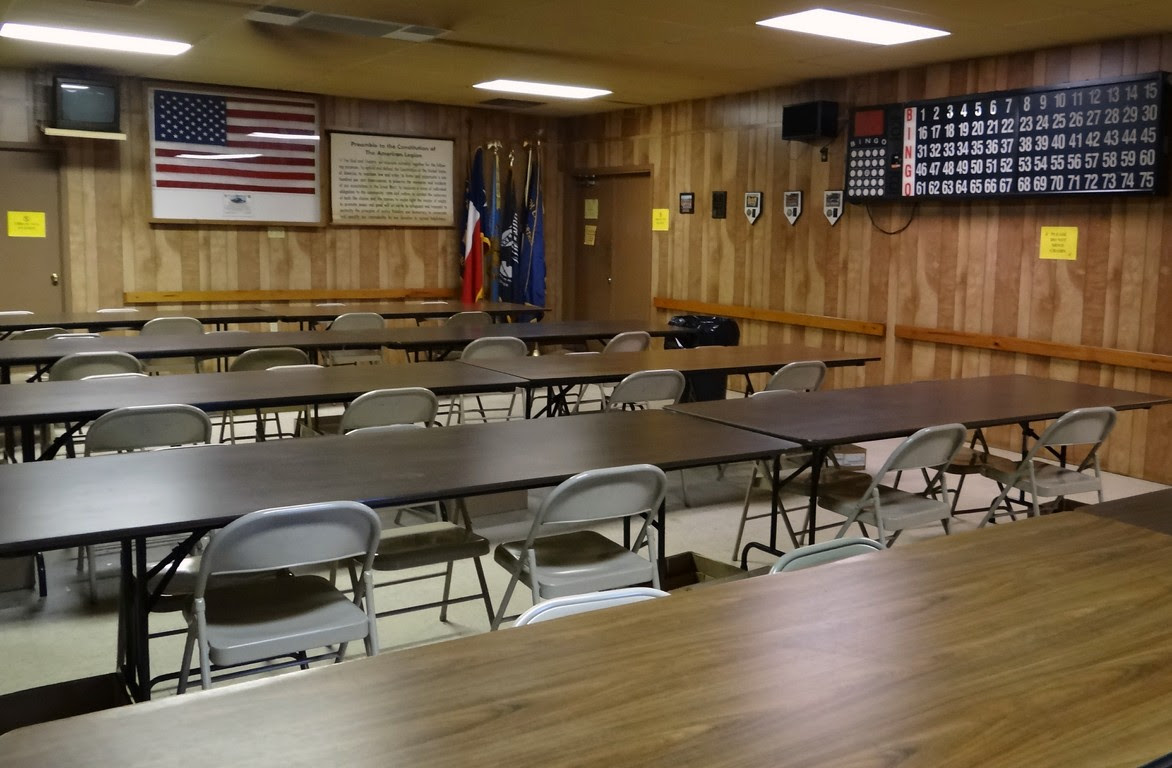 They have bingo nights, and special dinners frequently. Dinners are free to members. The aluminum beer cans pay for the dinners. 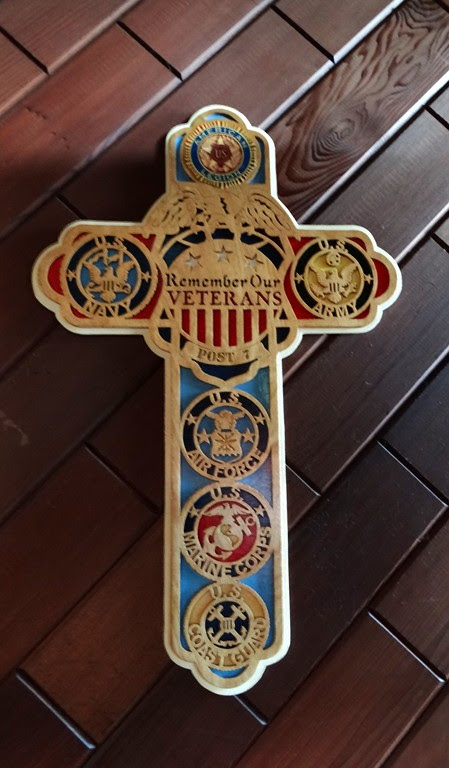 One of their members carved this cross. It represents 400 hours of work. We've been to so many American Legions and VFW's that are struggling. Tex should be a veterans consultant and assist these groups to get back on their feet again. We've promised to bring ideas to other groups as we travel about the country. Post #7 is having a big Super Bowl Party and we've decided to stay for that on Sunday. 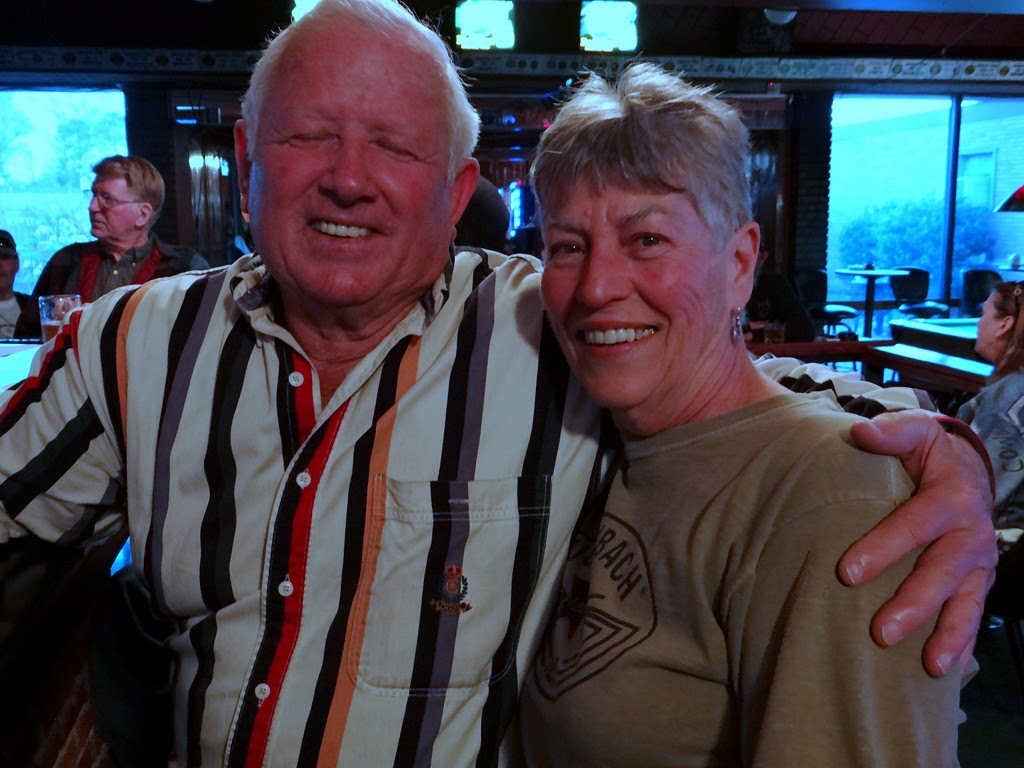 I got to talking to a guy by the name of Glyn Simmons. He played guitar with several bands, both western and rock and roll. He wrote songs that have been picked up by the pros. We sang one of them I'd heard, "Pearly Gates", and a bunch of other songs from the 50's.  He told us about every musician from the area and where to find Janis Joplin's  house. I couldn't believe the number of famous singers that hail from Port Arthur or nearby. When he was in service, he was getting his butch cut at the same time as Elvis. He told him, "Hey, if you can sing, you could sing your way out of here because you look so much like Elvis."  Elvis told him, "I am Elvis!" He played music during the service with Elvis. Elvis  invited him to go to Germany with him but Glyn's Momma wanted him close to home. He said he made the right decision. He was so interesting. He had a wallet full of photos. What a trip. I can tell I'm going to enjoy our stay here.
Posted by Mary Matzek at 5:07 AM