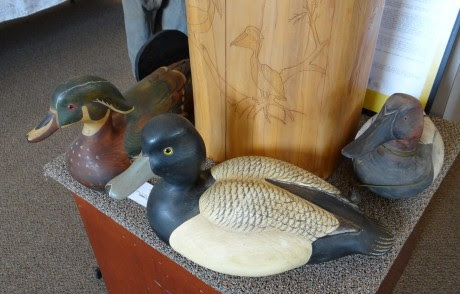 We had two things in mind for yesterday’s adventures.  We first headed for the small town of Gueydan’s local museum. Gueydan, pronounced gay-dawh, is known as the Duck Capital of America and we were hoping to see ducks in and around the area as we went. I guess it is fitting that we saw duck decoys in the little Gueydan Museum run by Jane Hair. Ms. Jane Hair also hosted a Spirit of the Swamp art contest for local artists. This was my favorite.

An item I had never seen before, which I always look for, was this musical instrument. Simple in its construction. Almost makes me think I could make one myself. We’ve mentioned before what  a friendly place this area is, and we met a couple at the museum we had met previously in Lake Charles during Mardi Gras. They all assured us that it was possible to see millions of ducks in the area. 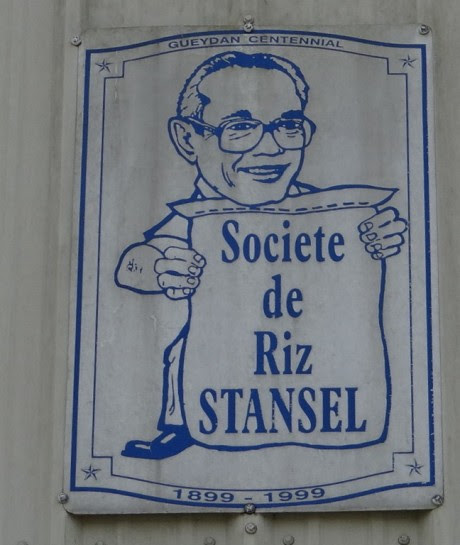 The brochure on Gueydan also mentioned Ellis Stansel’s Gourmet Rice, that the locals call popcorn rice. Sounded intriguing and Jane called to see if we could tour their facility. She gave us directions and off we went. 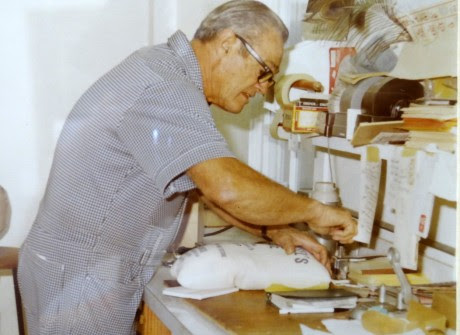 This is a photo of a picture of Ellis Stansel stapling closed a bag of rice. At one time everything was done by hand. Now, the process is all automated. 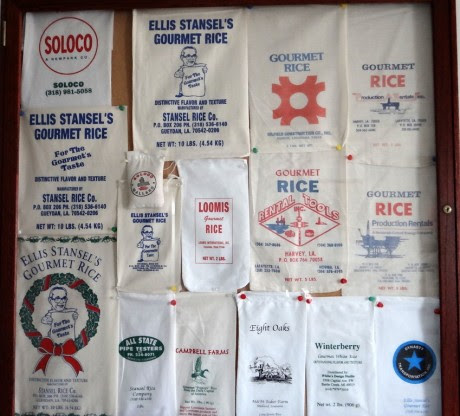 The person who gives tours was not available, but Macy, a young woman employee, let us look around and sent us home with a bag of gourmet rice. It is the odor when cooking that gives it its nickname of popcorn rice because it smells so much like popcorn. The picture shows the many products Stansel sells. About a 1,000 pounds a day, Macy told us. 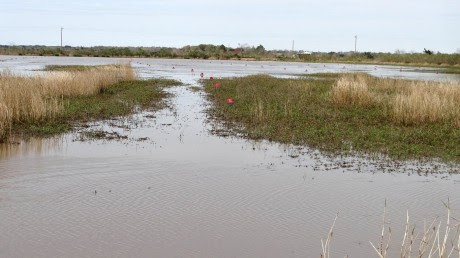 Stansel grows crawfish in the rice fields as well. Red caps of crawfish traps show above the water.

As we drove around the back roads, it was pretty obvious why this is the duck capital of the world. The many rice farms, and swampy bottom land around the area attracts those millions of birds. They provide them good food.

The birds fly when disturbed and circle then return to eating. What a site to see. At one farm, the tractor was moving through the water and the birds were moving ahead of the tractor to eat something from the disturbed mud. 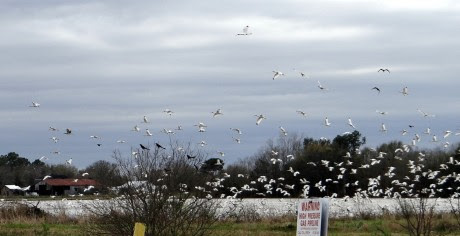 Some would have more white than black birds. 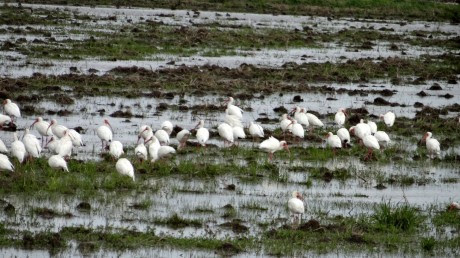 A closer looks and the birds are not ducks at all. They are ibis’. Ducks come at a different time of year, apparently. 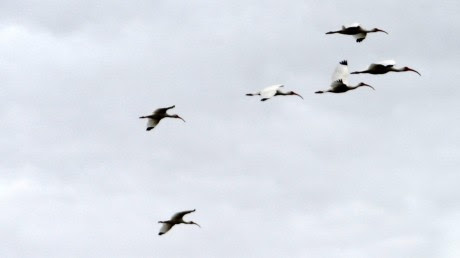 We saw huge numbers of birds flying in formation over the vast rice fields. The curved beaks give their identity away- ibis’. We returned to the American Legion for a nightcap and met this very adventurous retired educator, Marlene and her husband Mark. We talked to a whole new crowd from the day before and some of those we met earlier. Chad, Julia, Norman, Bob, Moose…I don’t remember everyone’s name. We were told you have to go to the  Red Rose Bar. They cook a free dinner for everybody on Wednesdays. We drove behind Chad and Julia. 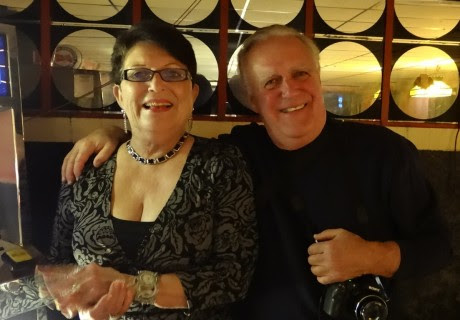 She introduced us to Delta, the owner of the Red Rose. Her husband liked roses, thus the name. 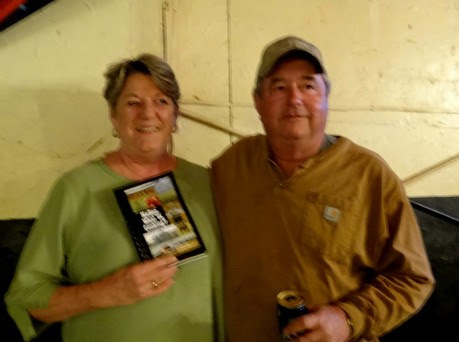 Miss Janet Theriot and her husband,Gene.  Janet is known as MaBee. 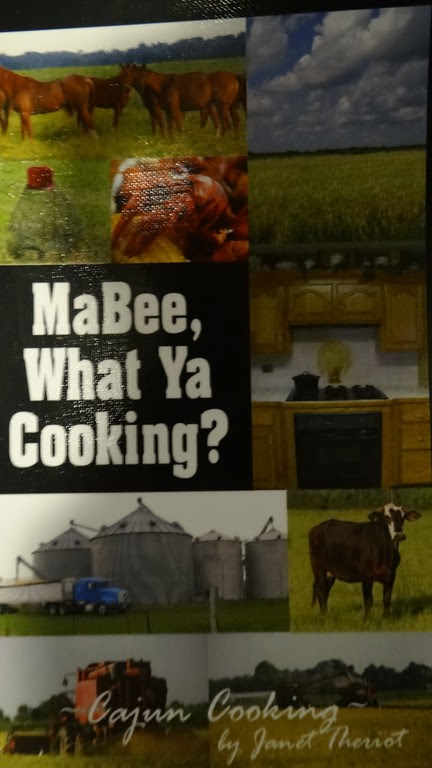 She gave me an autographed copy of her cookbook. 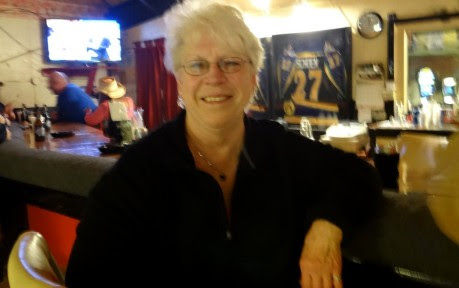 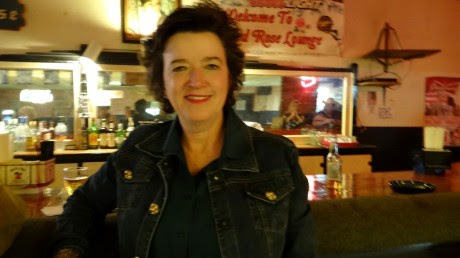 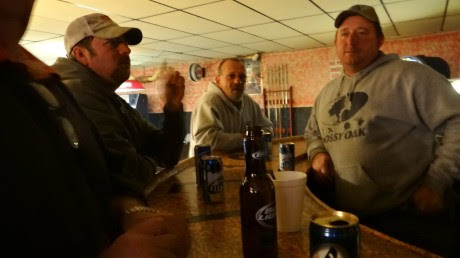 And their men. Before the evening was over, we lite-weights had to leave. Jim fades about seven p.m. 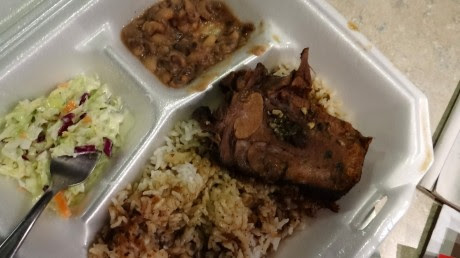 These friendly folks sent us home with dinner to go. Roasted tongue with just a hint of Cajun seasonings. Excellent.
Posted by Mary Matzek at 5:32 AM

I know this web page provides quality dependent content and additional stuff, is there any other site which provides these things in quality?