Palacios was such a pleasant stay. In the book store, a man was rocking a baby while the owner went to do an errand. At the Chamber, they called City Hall to see if there was a dump station in town. And, they invited us to a free “Winter Texans Welcome Dinner and Dance.”  Why  some places are accommodating and friendly and comfortable and others are stiff and unfriendly, is hard to figure. There used to be an Army installation here and when they left town after the war, the population went from 15,000 back to 5,000. Maybe they are more grateful for what they have.

We ambled toward the waterfront and came across this immense old hotel and wandered in to have a look. 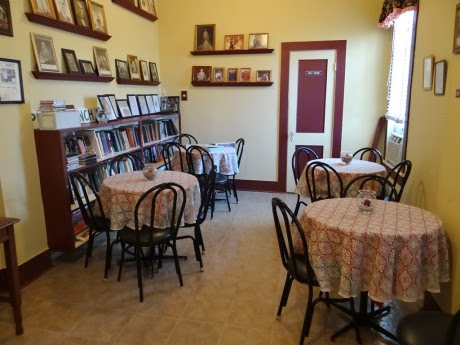 The Luther Hotel was built in 1903 and is on the State Historical Registry. Jack, the owner, is a member of the family  by marriage and gave us a tour. What used to be the library is now a library and breakfast room. The history resides here and it is impressive. 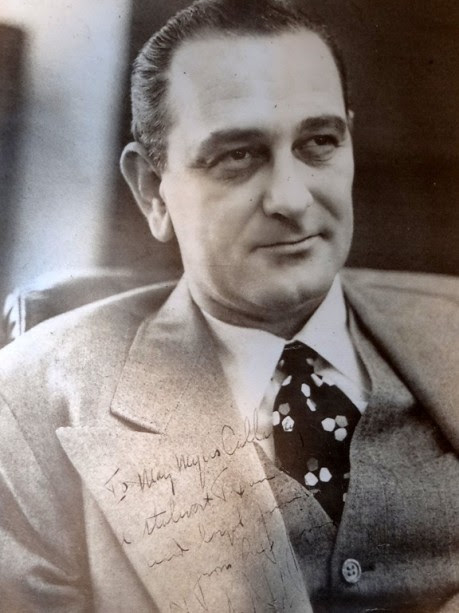 Charlie Luther was a friend of LBJ’s. He stayed at the hotel often and the family donated his letters to them, about 120 exchanges, to the state historical society. This picture is signed to his daughter May Meyers Callan who ran the hotel after her father’s death.

This old phone booth in the lobby without the original phone, was once the only phone in town. Jack told us during the war, men would stand in a line that went clear around the block to get their five minutes of time on the phone. I hated to leave. I wanted to listen to Jack tell stories. 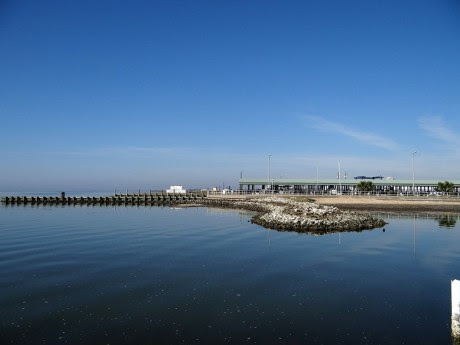 The Luther Hotel faces the water front, pretty and blue. 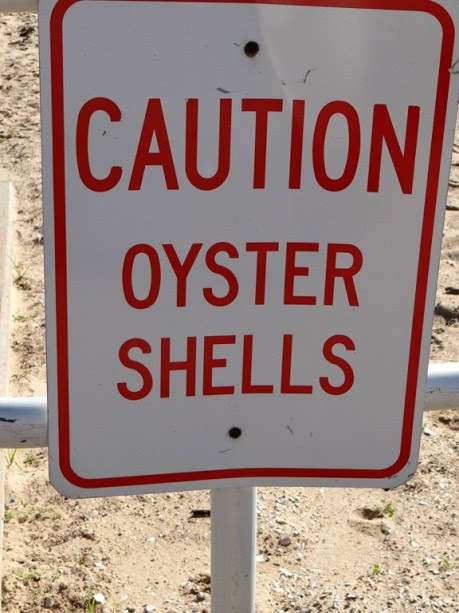 As we walked along, we saw a first. A sign warning you of oyster shells. We guessed they are sharp and can cut your bare feet. 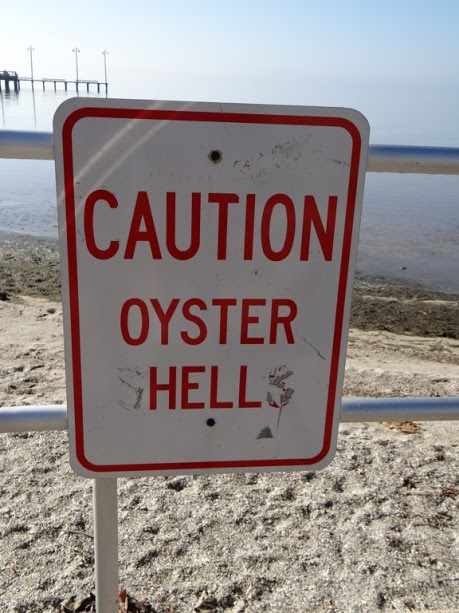 Then we laughed even more at the second sign altered a bit. 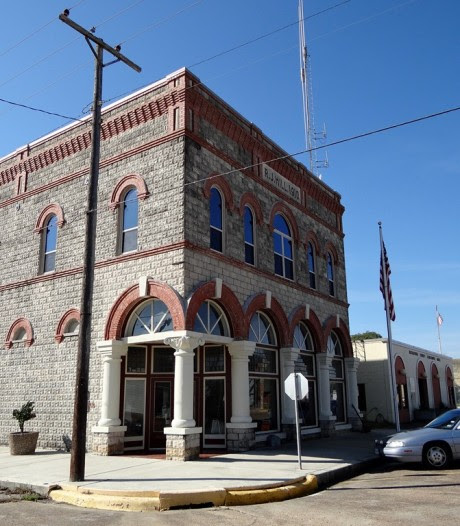 We walked to the local Museum. A beautifully restored building with metal rings to tie horses still embedded in the cement.
It too was very homey, with two friendly women, a mother and daughter who talked our ears off about the town they love. 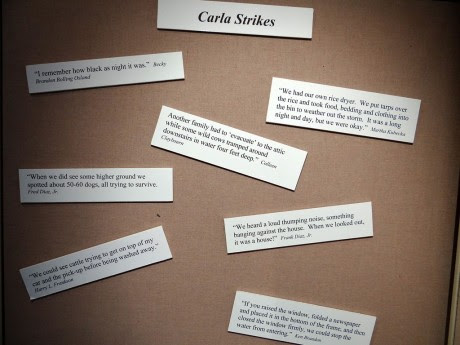 One major exhibit here was about hurricane Carla from 1961. Click on the image to make it large enough to read the comments. 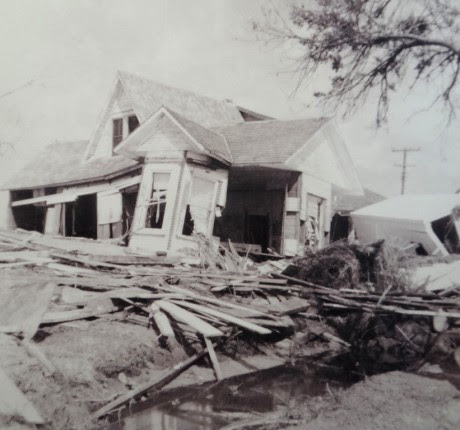 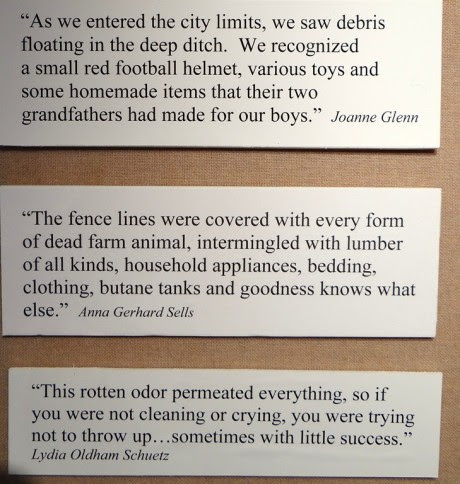 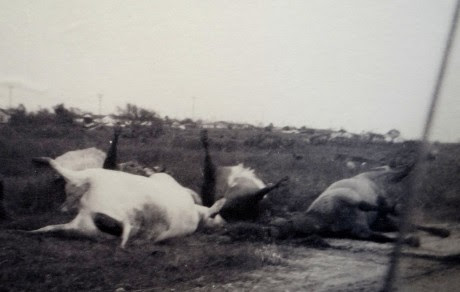 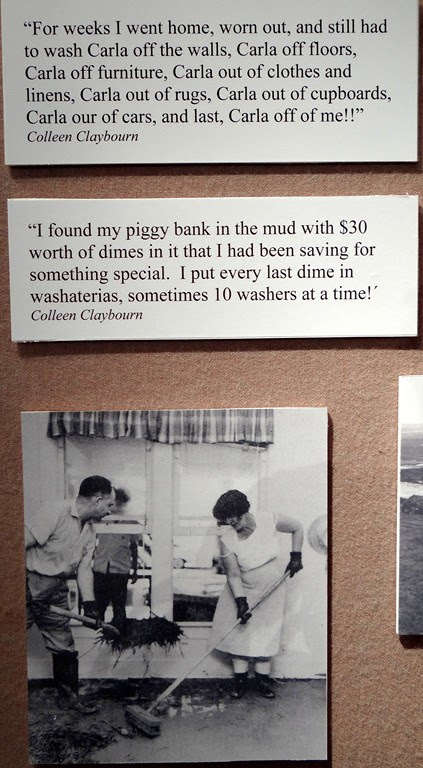 People helped each other dig out. Store keepers had to bulldoze their goods out the back door and start over. The banks were open within a couple days, but half the people in town couldn’t get there. One woman reported she found a drip bucket in the attic full of water and washed her hair. Yet, few people move. The earlier hurricanes were designated by year. There is bound to be another. 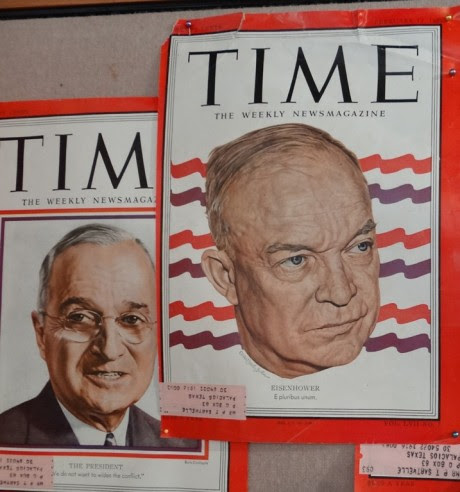 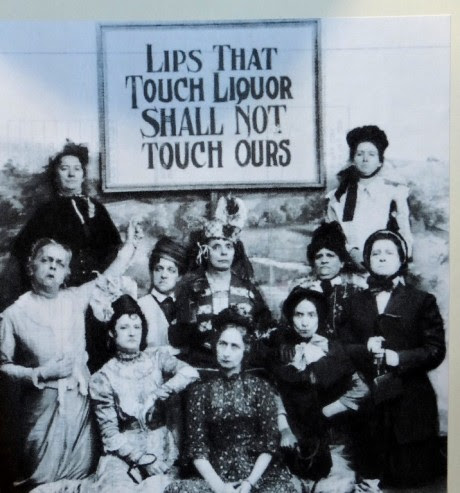 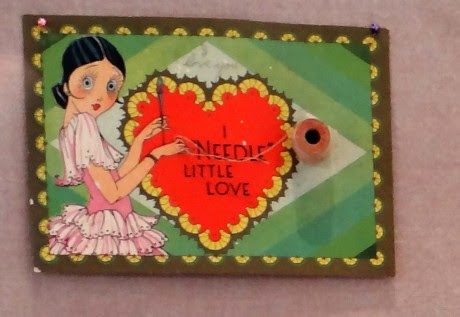 Museums often have items of great value, or not,  locked in glass cases. This museum had few things one would consider valuable. Like these magazine covers of presidents, and the ladies of the Temperance Society and a quaint valentine. I  found the place quaint and homey. 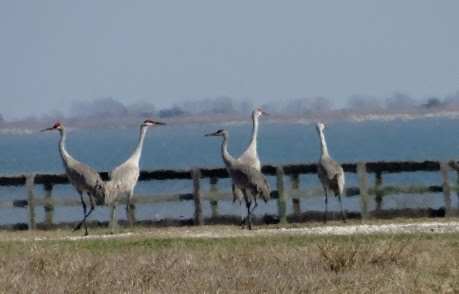 We moved on around town, looking at old, beautiful buildings and then headed out to visit the shrimp fleet. On the way, off in a distance I finally got to see the elusive whooping cranes, five of them. We tried to get closer and they flew. They are magnificent to see in flight. We knew they had to land, so we drove around and found them at another spot.

Still not close enough to get great pictures, but I was just thrilled. They are beautiful, beautiful birds. 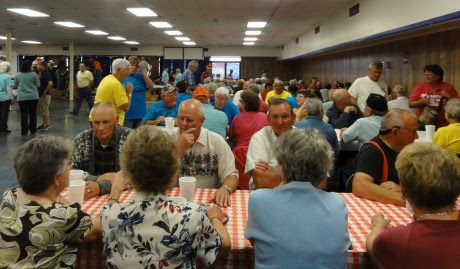 Then an evening at the Texas Chili dinner with cornbread and homemade deserts. It reminded me of a hoedown. 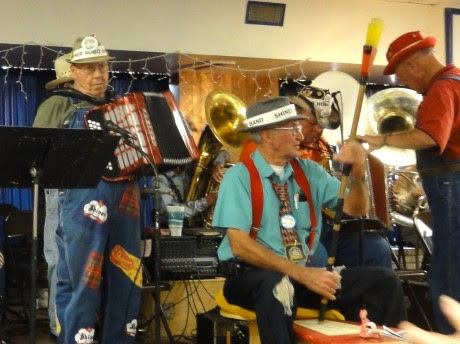 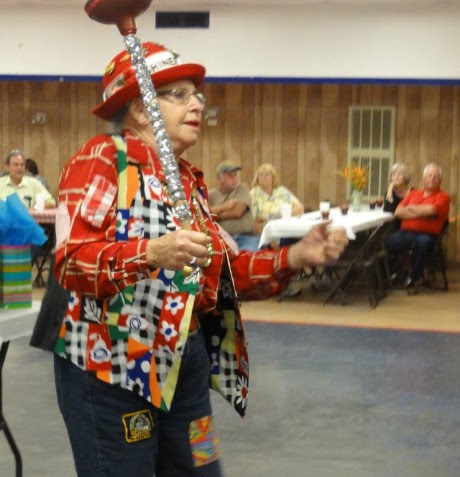 The band leader was a hoot. 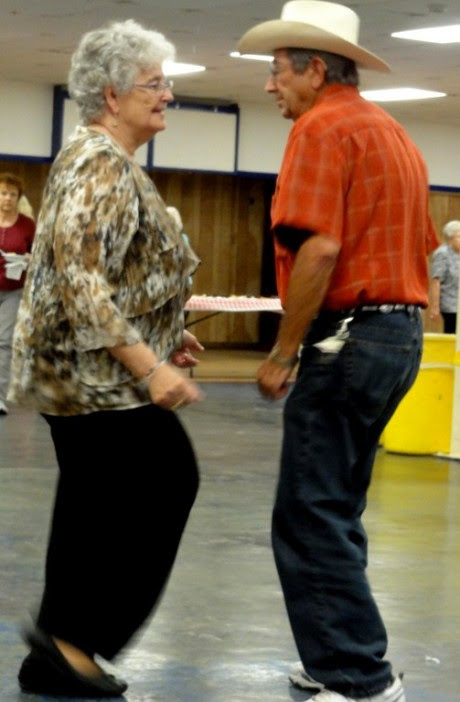 They played polkas and other lively dance tunes that were familiar to everyone in the room. 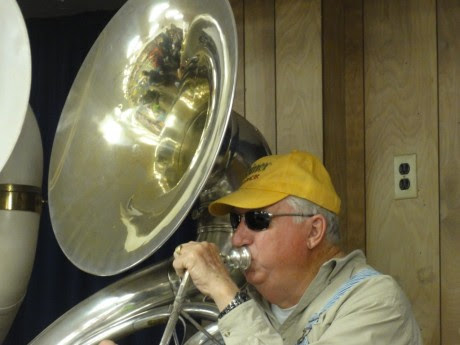 Palacios knows how to put on a good party. I’d recommend anyone to stop and visit this place if you are traveling the coast.
Posted by Mary Matzek at 5:04 AM