MY PRIUS IS A CHAMP.

I guess a day is never really lost if  you learn a lot, and I did. On my way to pre-register at the hospital, my 2001 Prius’s check engine light went on.  I managed to round-up alternative transportation to the hospital. When I returned, I had it towed to the Toyota Dealership in Modesto. 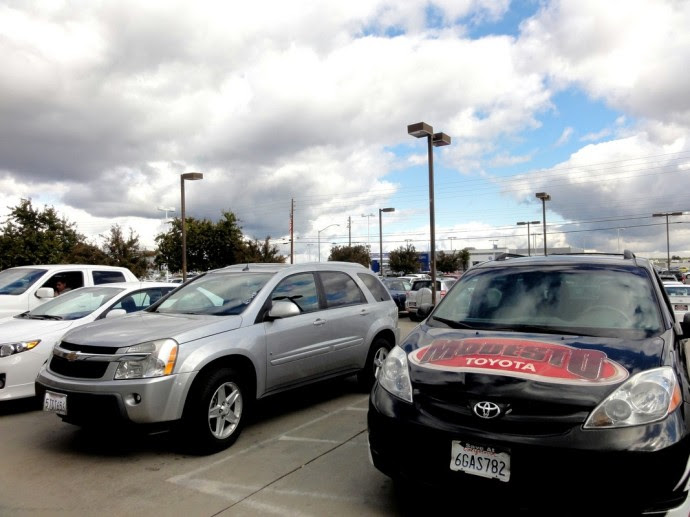 The next day, at Toyota, the head mechanic turned me loose with no charge after resetting the engine light computer. “We can’t find a thing wrong with this engine and we checked everything.” I took off and 30 minutes down the road, the check engine light went on again. I returned to Toyota. They were really terrific and fast-tracked me through since I came from so far away. This time he concluded that my main battery pack is beginning to fail and will need replacement sometime soon. The battery was guaranteed for eight years and 100,000 miles. I’ve far exceeded that. But, since it is still running…hmmm! Should I wait until it just quits?

Jim, in the meantime, did research on-line about battery life and the great engines Toyota is famous for. He sent me reams of information and we came to the conclusion that $2200 to replace the pack with a battery recycle credit, gives me another run at 150,000 miles. Much cheaper than a new car. Plus, the new battery technology is better than the old. Yes, I learned a lot about a car I love. Especially since I get 44.5 per gallon in winter, 47.5 in the summer, and 52.7 when I’m out of the mountains. That mileage has never diminished in the 11 years I’ve owned my Prius. 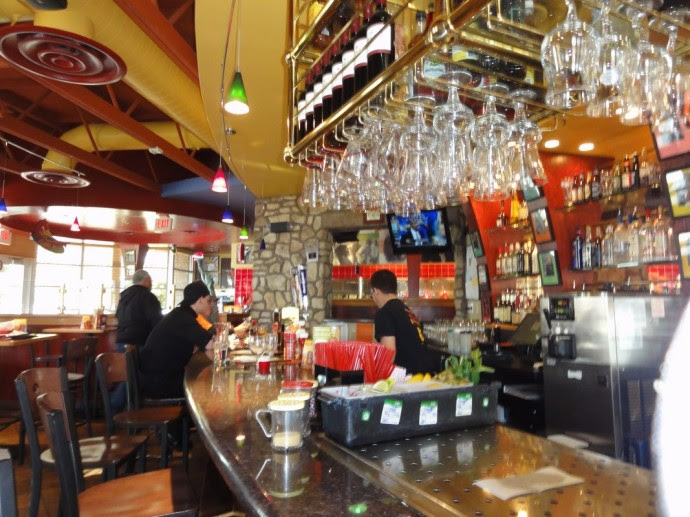 It was after 2:00 and I stopped for lunch and a brew in Oakdale. 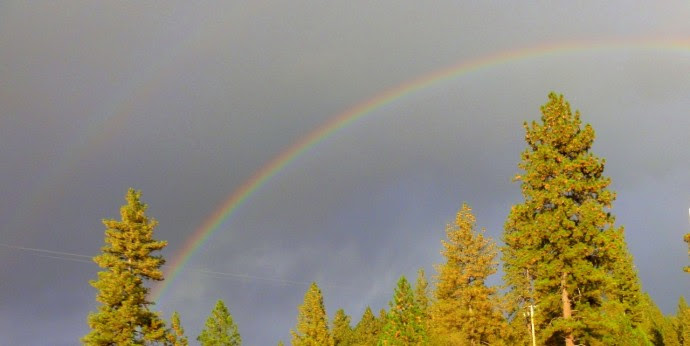 And near home, I caught this beautiful rainbow. I guess that is a good omen! I think my Prius is a champ and will get a new battery pack.
Posted by Mary Matzek at 8:28 AM