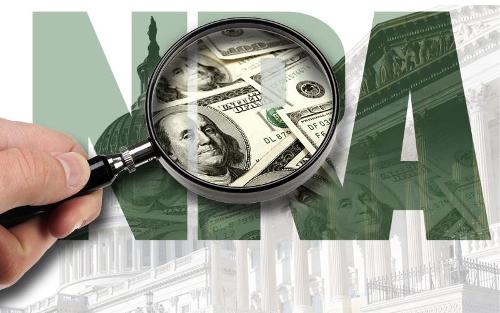 The Coalition to Stop Gun Violence (CSGV) has launched a nationwide petition campaign asking the Federal Election Commission and the Internal Revenue Service to investigate “violations of federal law” by the National Rifle Association. The CSGV is made up of 48 organizations, among them religious, social justice, political and child welfare groups.
The Yahoo News report which disclosed that the NRA had violated multiple provisions of the Federal Election Campaign Act, failed to report its political expenditures to the IRS for six consecutive years, and appears to have avoided paying federal taxes.

Yahoo News reported that the NRA misled prospective donors by telling them that money was being raised to support the tax-exempt operations of the organization when the money was, in fact, deposited to the account of its political action committee. Federal law — as well as multiple state laws — requires that fundraisers explicitly inform donors who the beneficiary of a contribution will be.

“Donations used to support candidates or causes with deception to the donors,  is a  violation of law,” said Sen. Richard Blumenthal, D-Conn., a former Connecticut attorney general. “NRA donors deserve to know where their donations are going without any misinformation, and the solicitations described by Yahoo News merit scrutiny.”

Federal law also bars organizations like the NRA from raising funds for their political action committees (PACs) from the general public, and from using publicly accessible websites to finance their PACs. Tax-exempt corporations like the NRA are only allowed to solicit from their members. The NRA violated all of these provisions of the Federal Election Campaign Act in soliciting contributions during the 2014 elections.

Rep. Mike Thompson, D-Calif., said, “Everyone needs to play by the same set of rules.  Thompson, the chairman of the House Gun Violence Prevention Task Force, said, “Many Second Amendment supporters and responsible gun owners contribute to the NRA because of the work it does to promote gun safety and support the hunting community. They have a right to know whether their money is going to these causes or to Beltway-NRA political efforts that undermine common-sense laws designed to keep criminals, domestic abusers and the dangerously mentally ill from getting guns.”

Thompson was referring indirectly to the NRA’s support for candidates who backed its successful 2013 campaign to thwart expanded background checks for gun purchases. The measure died in the U.S. Senate.

Rep. Elizabeth Esty, D-Conn., whose district includes the Sandy Hook Elementary School where 26 children and adults were shot to death in 2012, said her office had heard from advocacy groups about the issues raised in the Yahoo News report.  She said. “The NRA is not above the law.”

The NRA has twice been challenged by the FEC for illegally moving corporate funds to its PAC. In 1983, again in 1991, and again in 2014. They signed a consent form not to violate campaign laws but continue to do so.