As a surprise for me, Jim bought us tickets to the Performing Arts Center’s program on Cinco De Mayo. Lighted stage performances disappoint when using a simple point and shoot, but the program was excellent. Besides, I found myself seated next to the bongo players wife and that made it more personal and interesting. 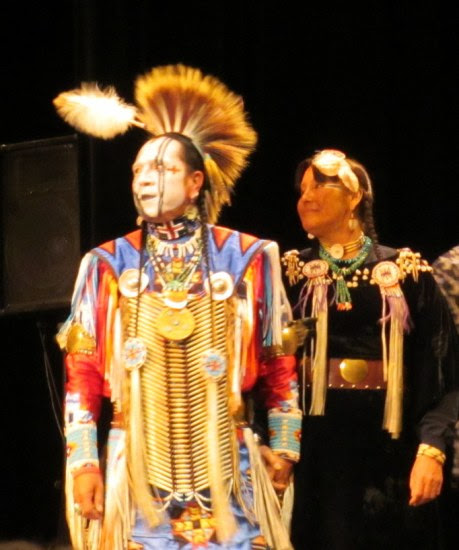 The theme of the program, celebrates the amazing mix of cultures that populates New Mexico.  Native Americans mixed with the Spanish conquerors who in turn mixed with dominating Mexicans,  which evolved into this distinct Mestizo, Latino, culture that is New Mexico today. Two performances stood out above all the rest for me. Shelly Morningsong sang and played Native American flute. Her beautiful voice and haunting flute brought me to tears. The backdrop of a prairie under moonlight, the calling flute, left me longing  for wide open spaces,  a campfire, and the call of the wild. It was  so lovely. 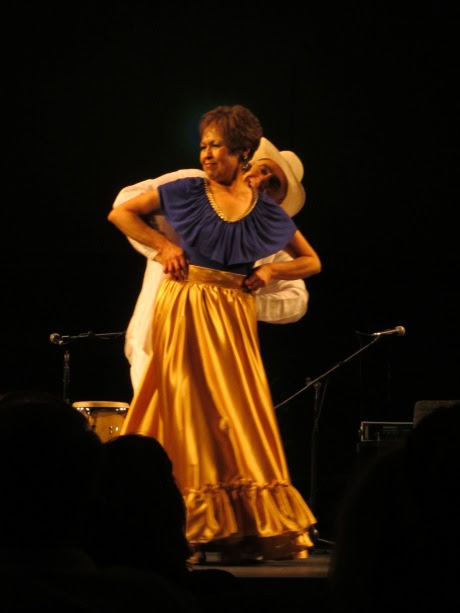 And Frances Lujan, dancer and program choreographer, producer.  This multi-talented woman did an astonishing castanet piece with graceful fingers moving in a blur.  She was joined by two other castanet dancers, all dancing and clicking in  sync with each other and  the band. Throughout the evening, the castanets came back again and again. She made them talk.  It was stunning. 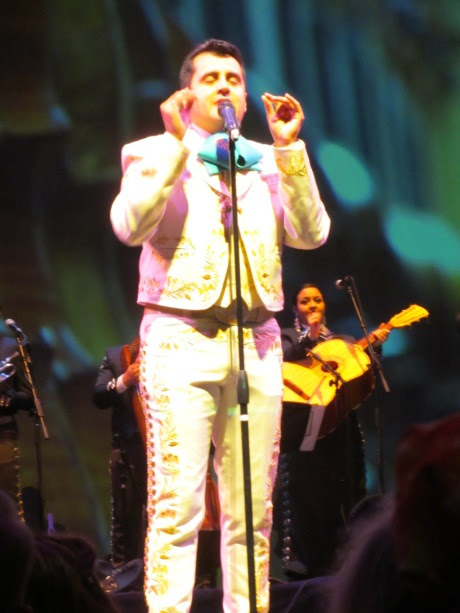 Antonio Reyna was clearly a well-known audience favorite. He sings with such expression and passion that even if you don’t understand Spanish, you know when to sigh, laugh and clap. They were in love with him and he was in love with his audience. Masterful. 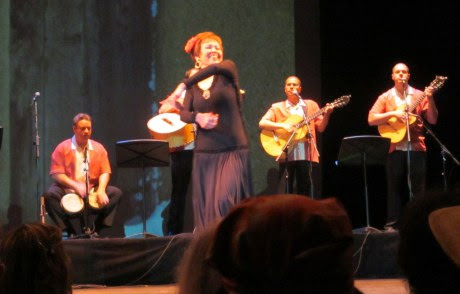 I mentioned the bongo player, Billy Loren on the left. The program moves through centuries of music, instruments, costume, and dance from Native American to all Latin music and dance, including rumba, salsa, flamenco, tango, la bamba. Then intersperse  the miners,  cowboys,  and rock music of today.  At one point the bongos and a “keg” drummer had a dueling solo. Billy’s fingers move so fast, they too, become a blur. 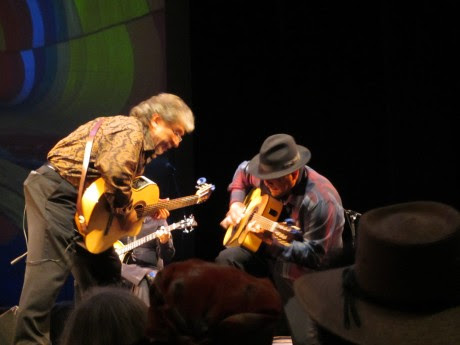 During the contemporary segment, two of the guitarists performed a fun, humorous duel that is meant to  display  their talent.
The bands, Mariachi Raices de America, playing the traditional Mexican horns, violins, guitars brings you back to old Mexico.   Los Primos, their variety and passion for latin and contemporary music and contemporary instruments.  The many different dances, with beautiful costuming, colorful and lively. Ahh! An enviable evening.

After the show, we tried to drive the Neon Strip, but again, the police had barricaded much of Central Ave. I’m beginning to think this is standard behavior for the police around here. Hmmm.  What should we close off tonight?  I realize that I have no personal understanding of why we have been barricaded  three times in five days. It is just life in this amazing town of Albuquerque.  Earlier in the day, we visited the Kimo Theatre, but  I’ll blog it another day.
And, that special moon  I told everyone about?  Or, maybe I just mentioned it in email?  It was there, but hiding in the clouds. 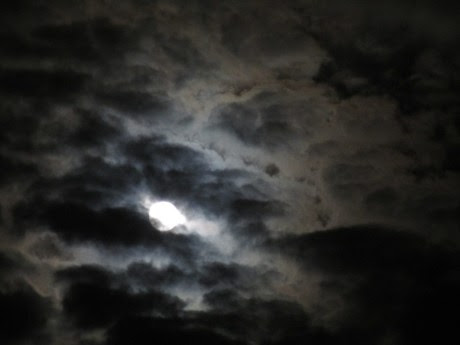