On June 7th of this year,  I blogged about the beautiful but invasive plant, Scotch Broom. Impossible to eradicate because the seeds can live 100 years. It has taken over the state of Washington and interferes with native plants. I copped a picture from a local newspaper: 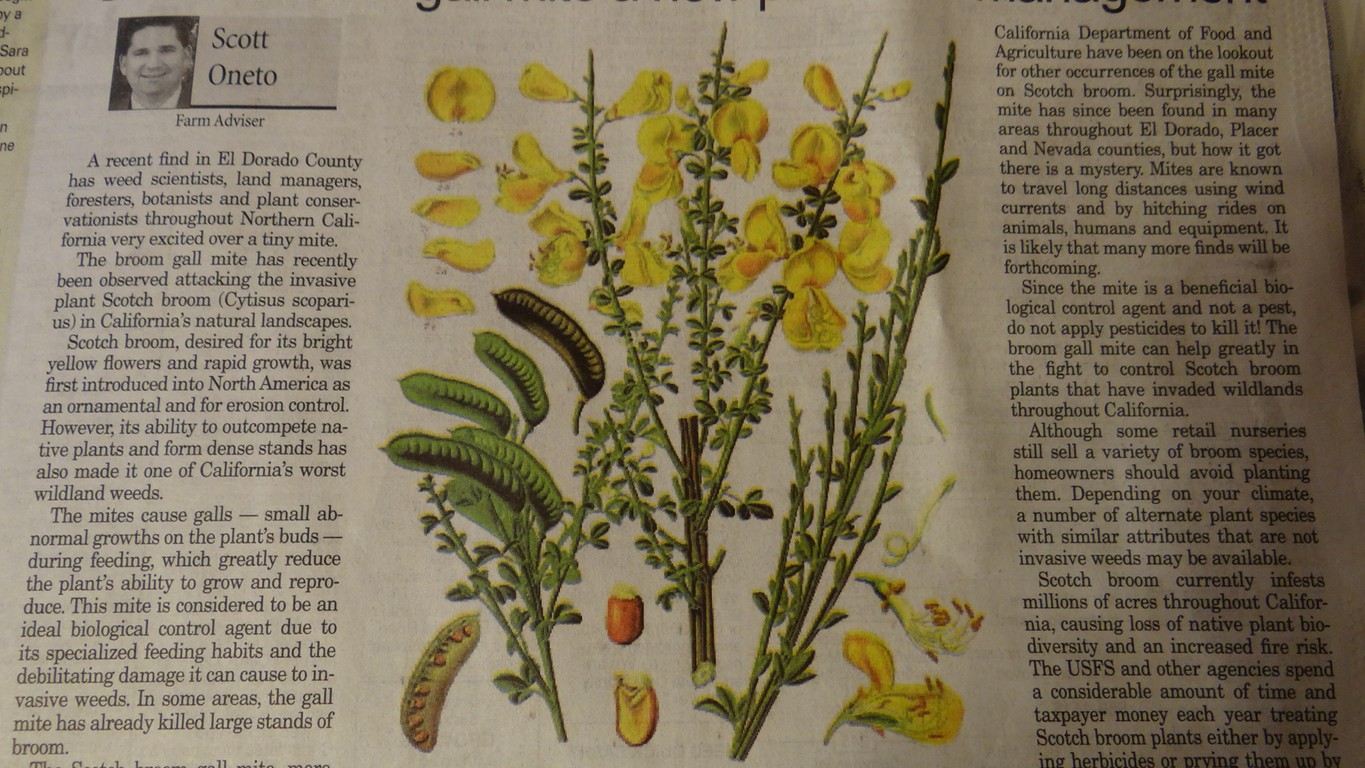 It isn't a good enough picture to recognize the plant along the roadside, but even so, be aware that in our convoluted laws, we can't get a ban on selling this plant until it is proven a nuisance. By then, of course, it is too late. I put out a petition in June, hoping to get a change in that law and a congresswoman from Oregon responded saying she had a bill going through the state legislature to change that type of backward process in Oregon.

Now, the good news is, in nearby El Dorado County, a mite was discovered that attacks the scotch broom and could keep it in check. While good news, it hasn't happened yet, but remember, don't buy and don't plant scotch broom. Find a pretty yellow flowering plant that looks just as good. And, when you are in a nursery, remind your favorite nursery owner, if he'll voluntarily chose not to sell it and advertise the negatives of scotch broom and recommend a better plant.
Today, I hope to pick the last of my apples and clean up underneath them. It was a real treat to have a heavy rain and not have to carry bath water out to my plants.

I hope the people in the burn area have seen some good come from this rain, though I know some feared it would  cause mud slides and erosion. A big mess no one needs after this horrible fire.
Even so, let us not pretend we can or should control the weather. Every time man interferes with the natural order of things, we wind up with disasters. Well, maybe not every time.  Enough said.
Posted by Mary Matzek at 8:44 AM