A HOME IN MANTECA. 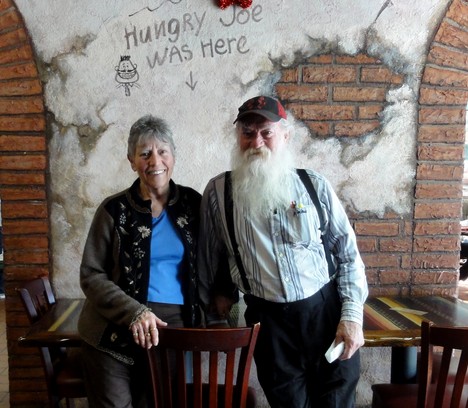 No longer homeless, my brother has a job and is working in Manteca. I drove down and took him to lunch for his birthday. He is still attached to his bible and a new church. He is refurbishing a rental that was burned out from the inside. His pay is a place to live. He previously built a house in Hayward for the owner before he had his stroke. Now, he lives and works in the same place. A good deal for both.

As anyone who reads my blog knows, I've been an advocate of housing homeless people. It works in other states and is cheaper than shuttling them around and treating them as though they are human trash. The highest costs come from arresting them and creating a revolving door through the courts for trespassing, drunkenness, drugs, or aberrant behaviors. Mental patients are among the most common people on the streets and hospitalizing or jailing them is more costly than housing and treating them.  I'm sure I will be addressing this subject in the future.
Posted by Mary Matzek at 8:37 AM