IN THE COMPANY OF A NATURALIST 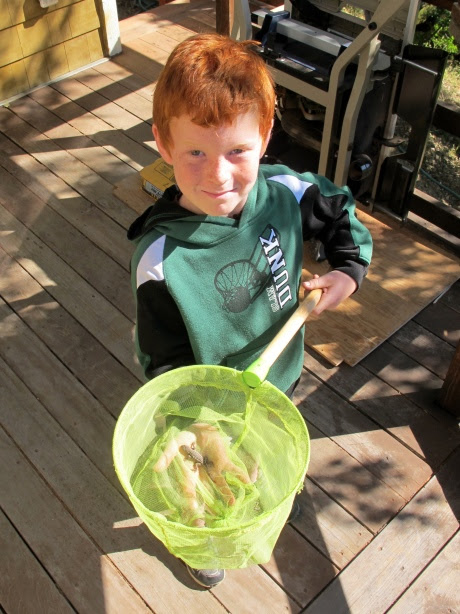 Austin and I left the temperate valley and breathed the mountain air where it was cool and beautiful at the cabin. He is a city boy and has few chances to enjoy nature as in catching his first lizard with a net. 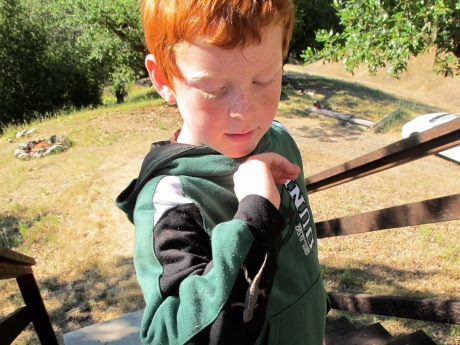 And later with his bare hands, carefully caught, so it could be released in good shape. 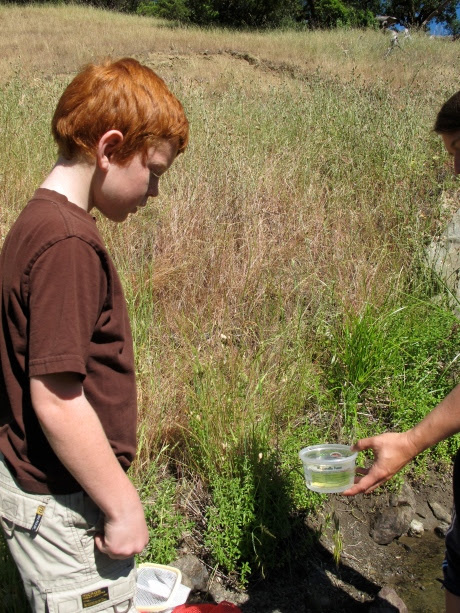 Looking trepiditiously at a swimming polliwog. Unbelieving that he could actually catch one and that it really, really, really turns into a frog.  He was familiar with “tadpoles” from tv but this is real life. It’s a transition we don’t think too much about for a child. 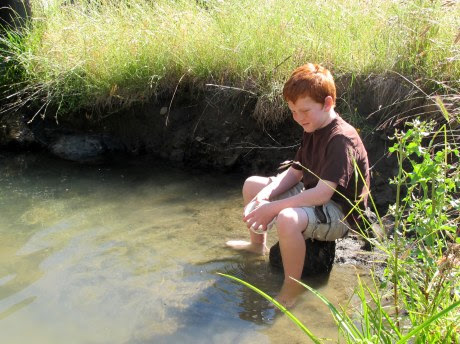 Waiting for the water to clear. 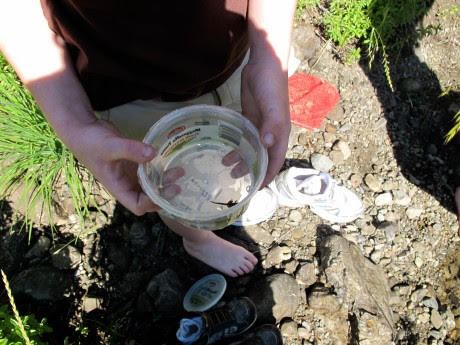 This is fun!  He soon became an old hand at catching polliwogs in every state of development, with and without tails. Some practicing to breathe air bobbing around the shallow pools of creek water. Others just growing leg nubs. He had the advantage of teacher/biologist  Aunt Virginia to explain the way they grow, and then show him how to catch the small gray, gold and green chorus frogs without injuring them. 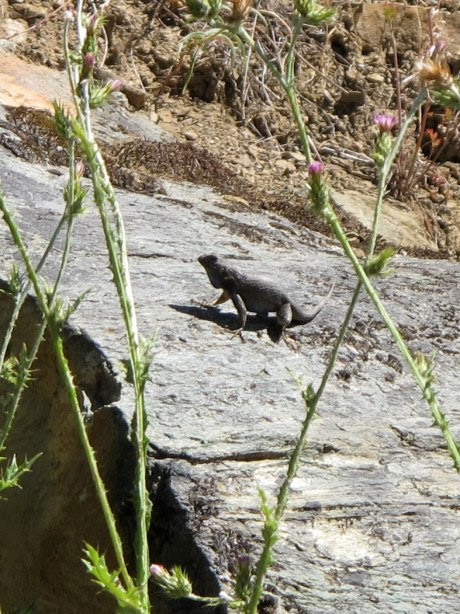 He spotted a very prehistoric looking lizard all puffed up and trying to defend its territory. 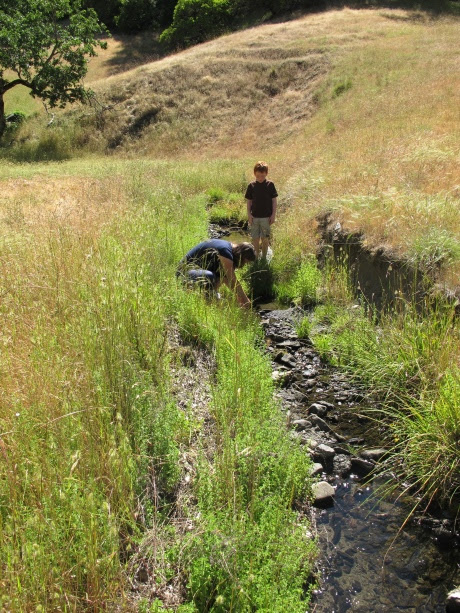 We spent the morning and afternoon hiking and exploring. At the end of the day, Austin made a list of those things he’d seen. (In the afternoon, we forgot the camera.) He spotted a gopher snake swimming across the river which we later cornered on the opposite bank for a good look.  He found a live clam and crayfish, scads of minnows, bullfrog polliwogs, which are huge, of course;  hard to catch.  He saw several different birds, flowers beautiful butterflies, and various insects. The larvae of dragon and damsel flies. He learned to skip rocks and we called it a day. 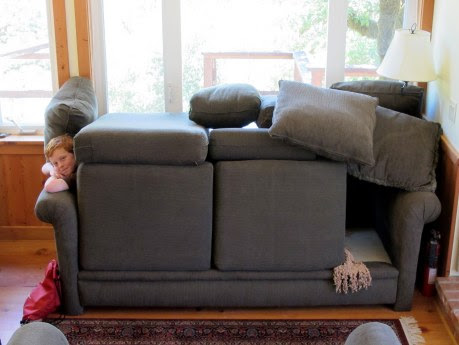 He built a fort out of the couch while we cooked dinner. We learned that Austin is quite adventurous. More tomorrow.

Posted by 2gadabout
Posted by Mary Matzek at 6:36 AM