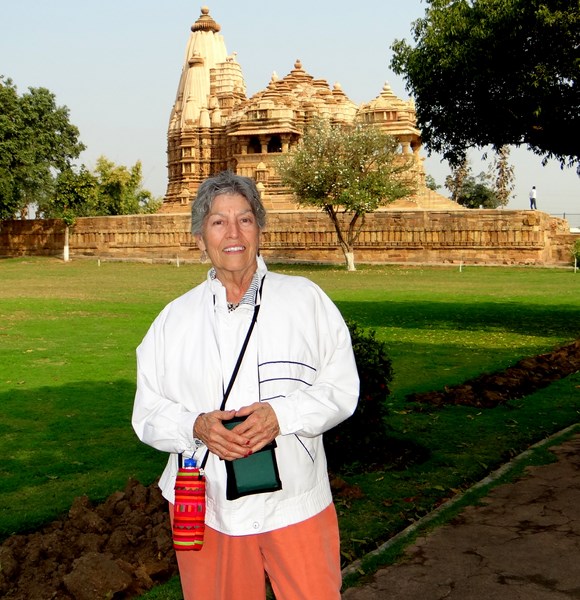 It's a chilly morning when we arrive at the Hindu temple complexes. They were unearthed by British archaeologists and British Victorian values were shocked by these intricate carvings. 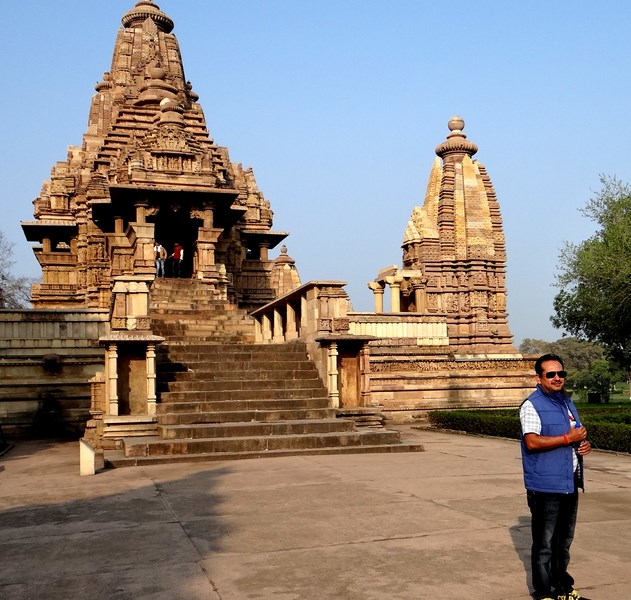 The temples were built between the ninth and tenth century A.D. and the widespread culture that built them dominated central India at the time.

As we approach the building, carvings are everywhere. This repaired section shows a bit of what life was like. Elephants were trained to work. Horses too. 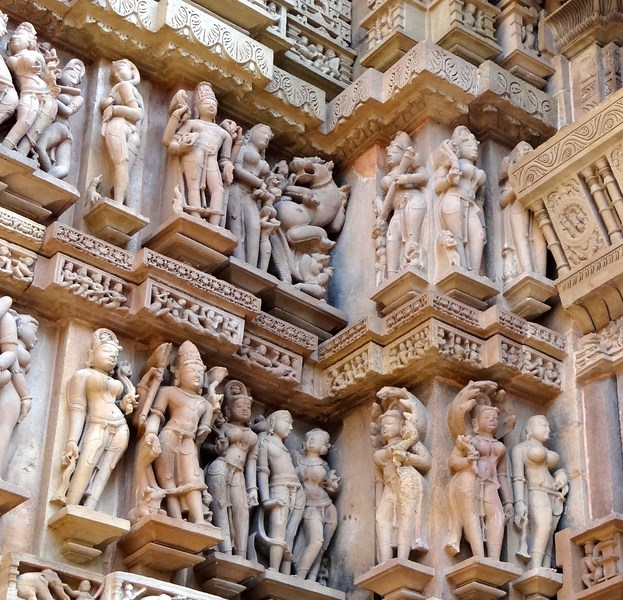 High on the walls, are multiple sections of beautiful carved figures. Without the ability to measure them, I'd estimate they stand 18 to 20 inches in height. 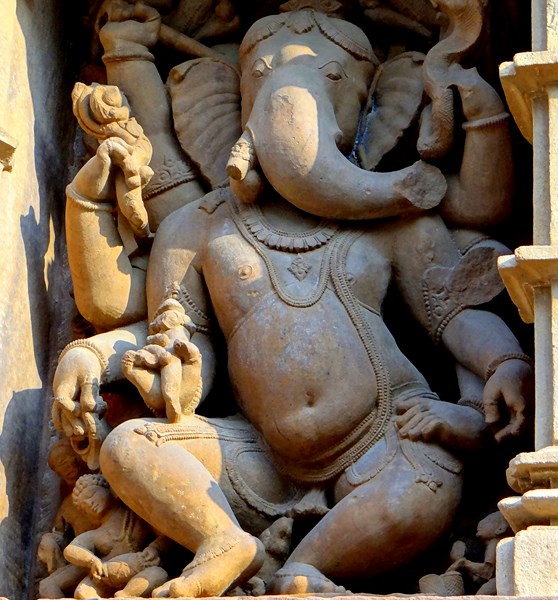 One of the Hindu God's is an elephant headed deity with many arms. Everywhere on the wall,  the trunks and tusks of elephants, human arms and hands, the most fragile parts were broken over the years. 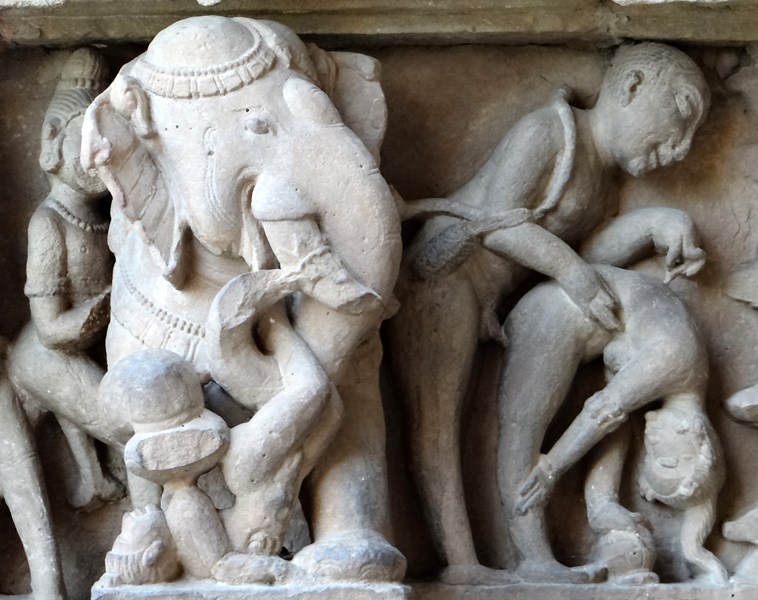 In this intimate scene, the elephant seems to be observing with enjoyment. 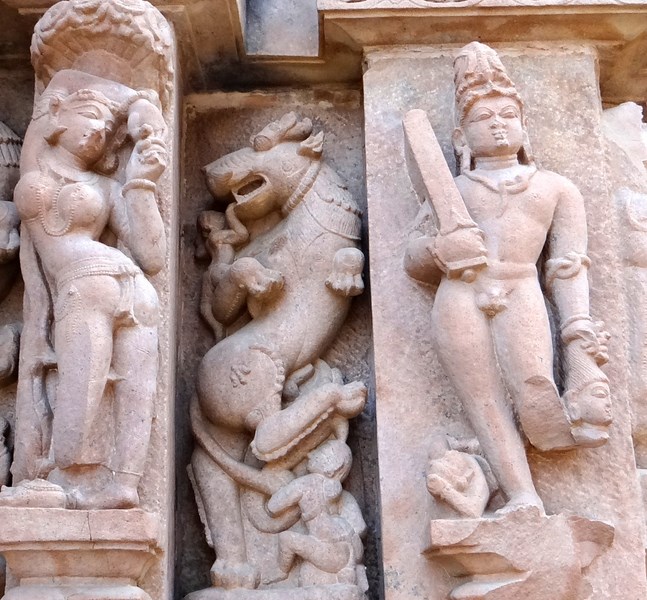 There were several evidences of bestiality. Here an aroused dog. Other more graphic carvings with horses and elephants and humans could be seen, if you could locate them.

I think many of the scenes are about being clean and ready for intimacy. 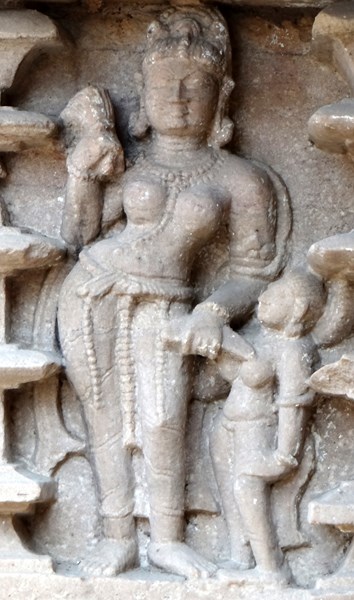 It appears as though this mother is showing her daughter how to comb and groom. Mother has a comb and looks into a mirror while daughter looks on.

In this intimate scene, the child chooses not to watch. But children were indoctrinated into sexual activities at a young age. 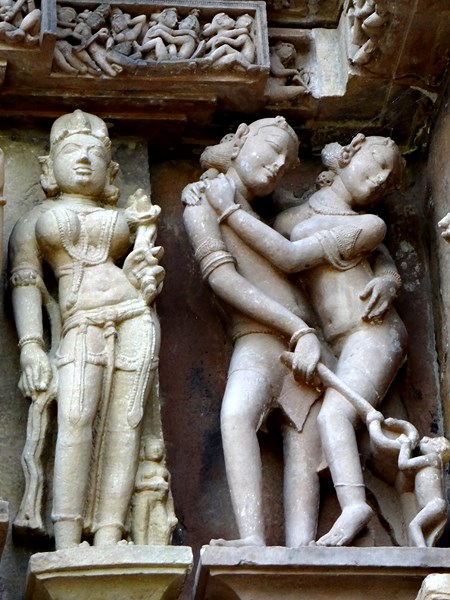 The faces of the lovers are very distinct as though modeled by living subjects. 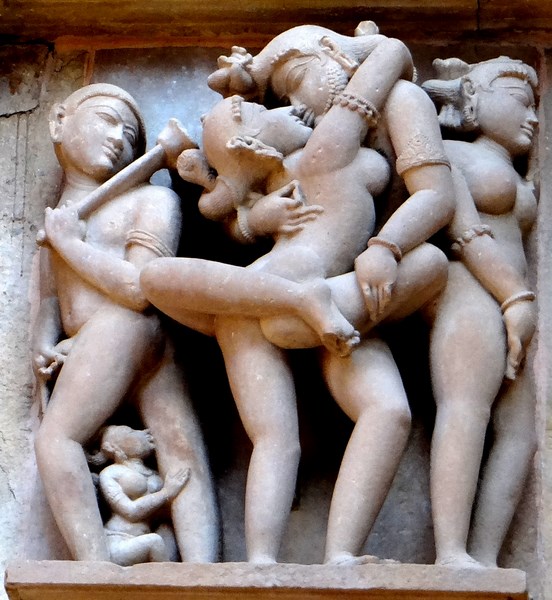 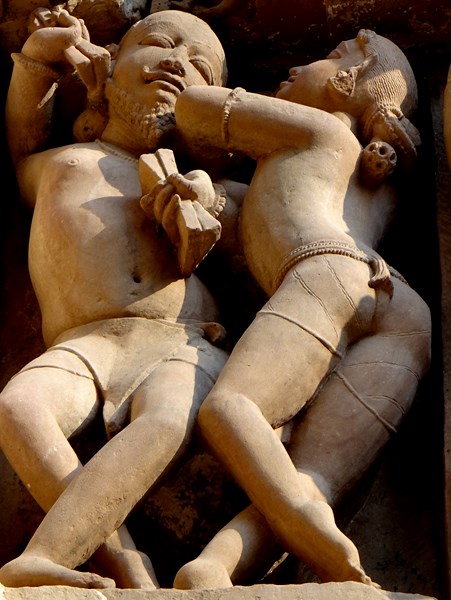 Some figures are just seductive and you can't help but admire the beauty and grace of this carving. This is two men. Nothing was censured. 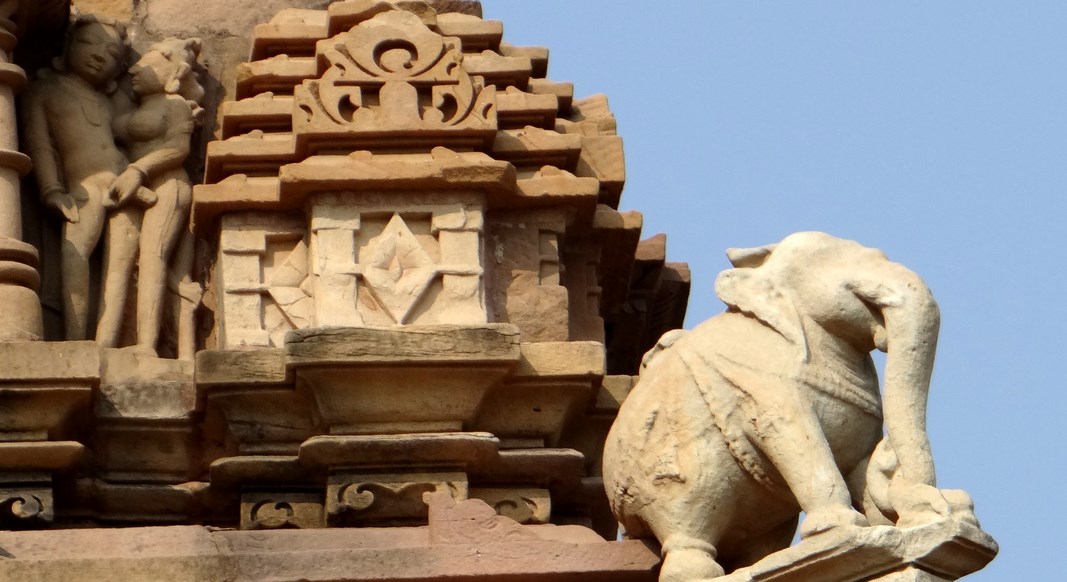 From this site, the positions as a whole are known as Kama Sutra.  Books have been written that have analyzed this religion in an attempt to understand it and how it came to be. 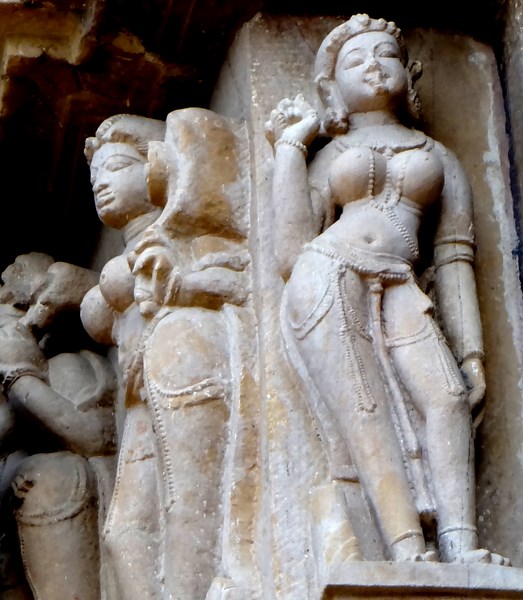 This sweet face resembles no other. It is clear there are no cookie cutter images. 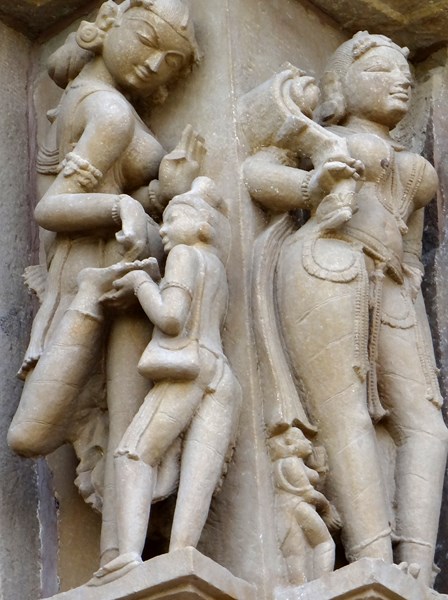 Again, a child is part of the scene. 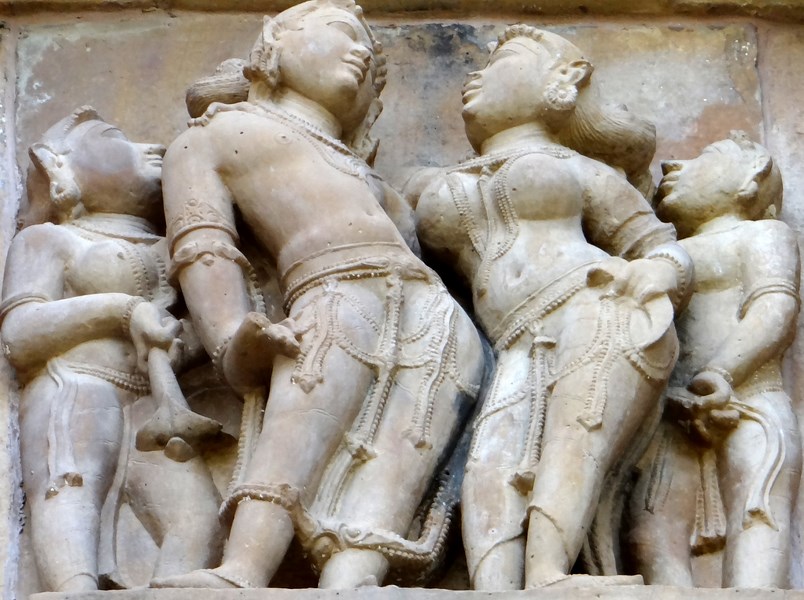 She lovingly strokes his forehead, but the other two figures role is uncertain. Other carvings evidenced  group sex with four persons and much voyeurism. 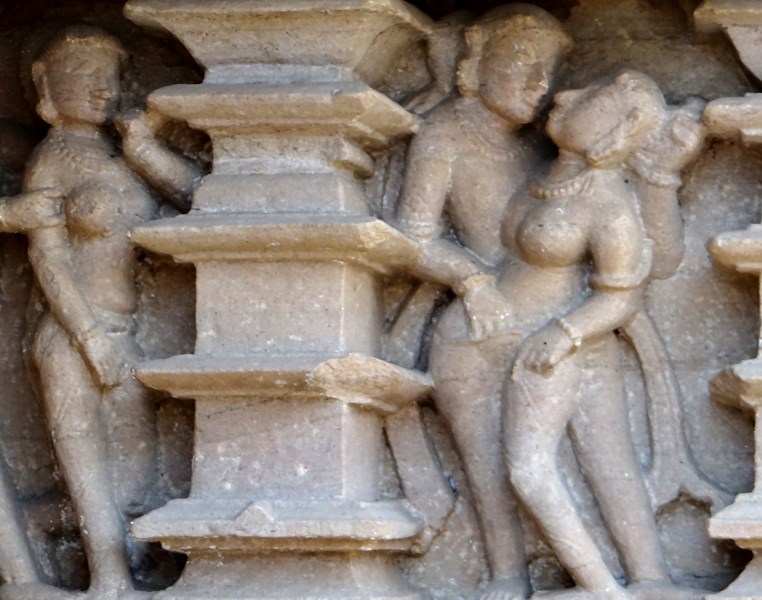 Some of the carvings are in hard to reach little nooks and aren't as clearly detailed as others. The marble seems course. Which makes me wonder if they were carved on the walls?  Or carved on a table and mounted on the walls? 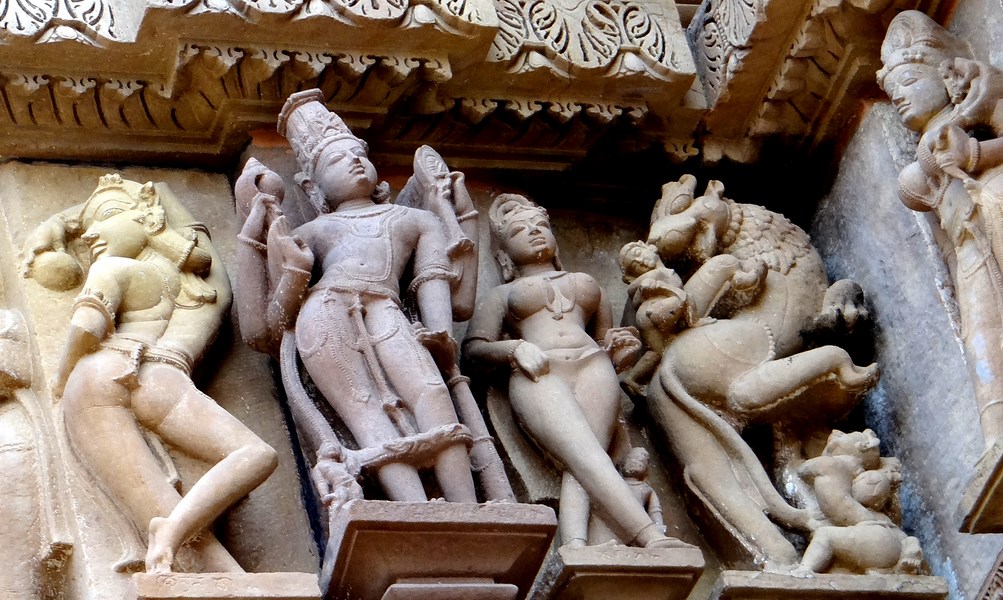 The answer to that question was never made clear to us 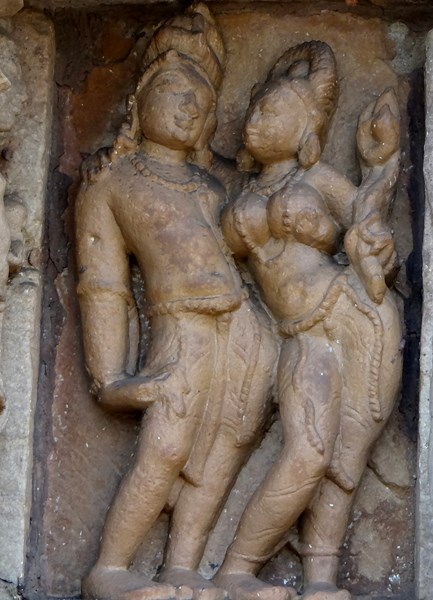 No matter how they were carved, the intent is clear.
We are no longer in the Victorian age and sex is a more open topic of discussion today.
Note:  Theo was not feeling well and opted to stay in the hotel.