GETTING A GRIP ON THE WEATHER

In April, we had two mega storms. There is a joke going around the neighborhood. "What's the weather report today? Answer: Partly cloudy and 50 degrees, but call back in ten minutes and it will be different."  Yeah!
This hailstorm came on so strong and so fast and unexpected it was like an attack. Moth ball sized hailstones sounded like explosions on the roof and deck.

You can see them bouncing in the air. They bounced up onto the bench. From eight feet under a covered part of the deck, they hit my screen door. The roadway a fairy tale, pure white in less than 10 minutes.

The aftermath, a blanket of green leaves pounded off the trees.

My front sidewalk, even with  the partial shelter of the house, covered. My driveway and the street the same. 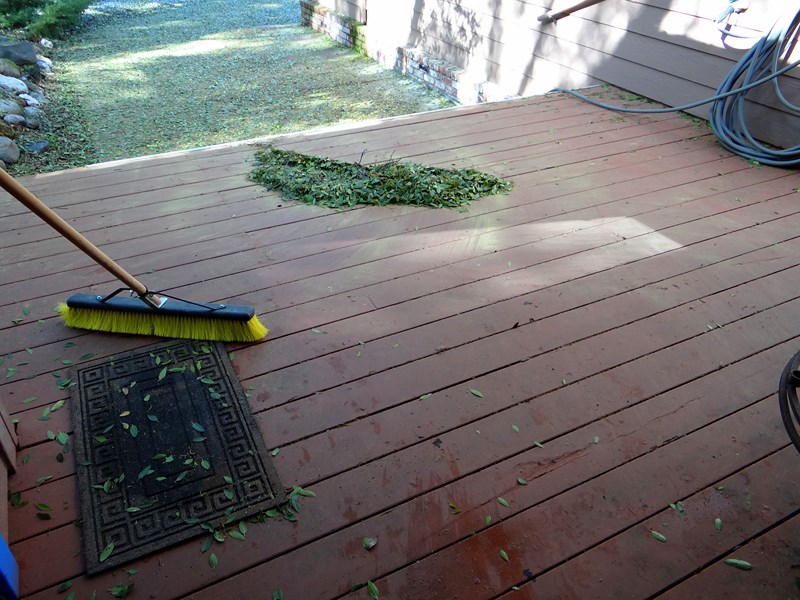 When it dried out enough, I swept just in front of my doorway and to the steps. I couldn't believe the pile of leaves I had to compost. The previous week, we had a torrential downpour of rain that lasted two days and half of another. 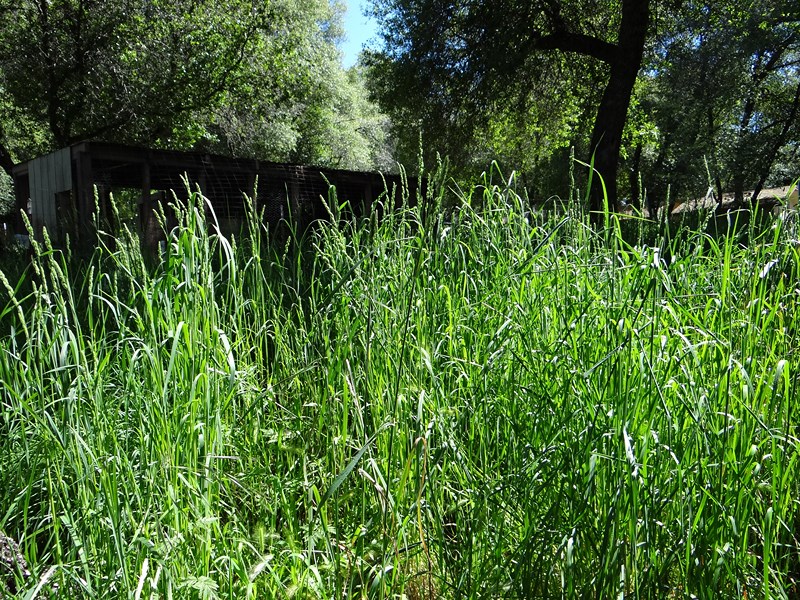 Now I'm dealing with oversized grass. I've plowed through it to get to my empty chicken coop. I hoped to find the hose buried in the grass so I can put water out for the wild birds. Their receptacles are empty.

I had to stomp a new path to the coop. 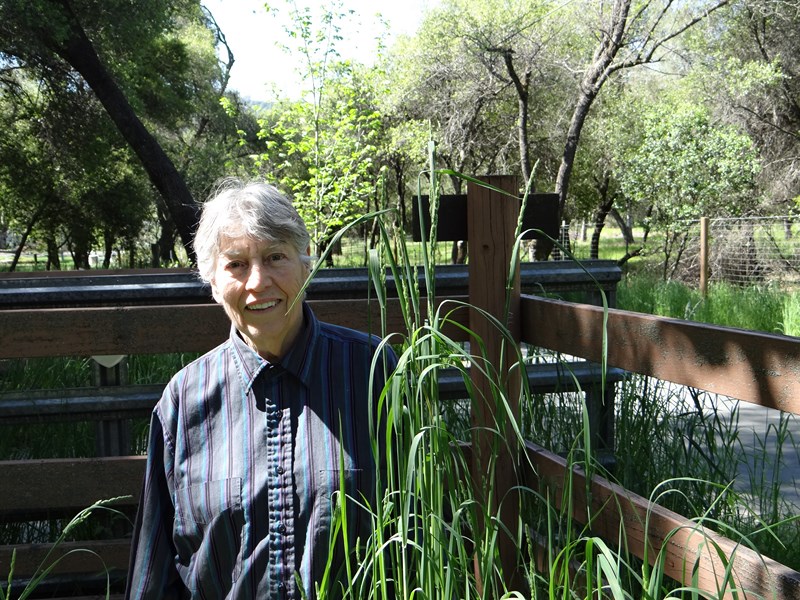 Several grass plants are taller than me and my fence. I've lived here for 38 years and I've never seen anything like it. The high country has seen 91 inches of rain this year,  a new record. And there are people who don't believe the climate is changing from the misadventure of humans and our polluting devices? We all have to adjust. It is folly to ignore it.
We can all do our little part by supporting harmless power initiatives and reducing our own use of carbon fuels whenever possible. It takes global action, all world populations to cooperate to blunt this robbery of the norm.
More on that subject later. I've gotta go pull some giant weeds.