Betty Yee, California State Controller, came to Murphys to speak to a crowd of interested people. One man traveled all the way from Fresno to hear her speak.  She was invited by the Calaveras County Democratic Central Committee. She mingled with those present discussing  issues and answering questions before giving her speech. 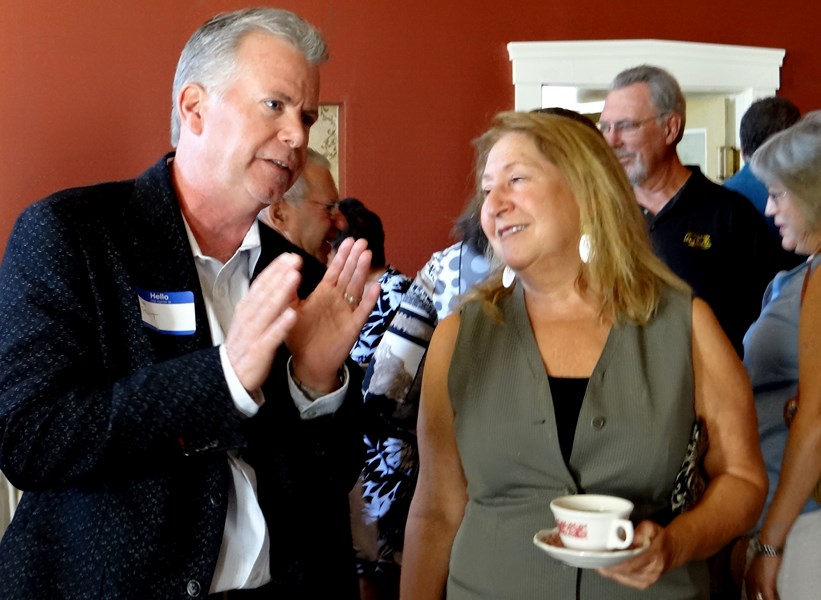 Tom Pratt is the President of the Central Committee and he has managed to organize and inspire political action that has been lacking here for some time-no easy feat. Member Sally Kaplan was one of the chief organizers of this event. 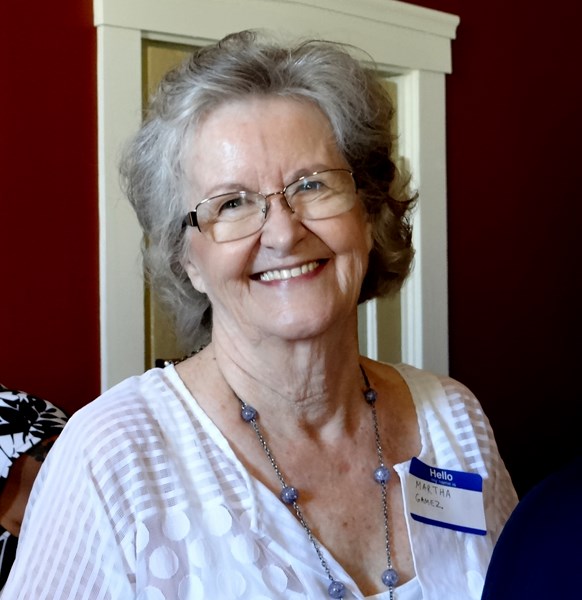 This lovely lady, Martha Gamez is a regional organizer for California Democrats, and she gives vital advice and assistance in getting out the vote and registering voters in various districts. She is dedicated to engaging Democracy and making it work.

Tom Garamendi, left, Calaveras County Supervisor Elect, attended and visited with the crowd while waiting for Betty Yee to speak. She is the Chief Financial Officer in the sixth largest economy in the world. Does she report to the Governor? No. Her roll is deliberately independent. Thus her decisions are not beholden to any whim of the Governor. 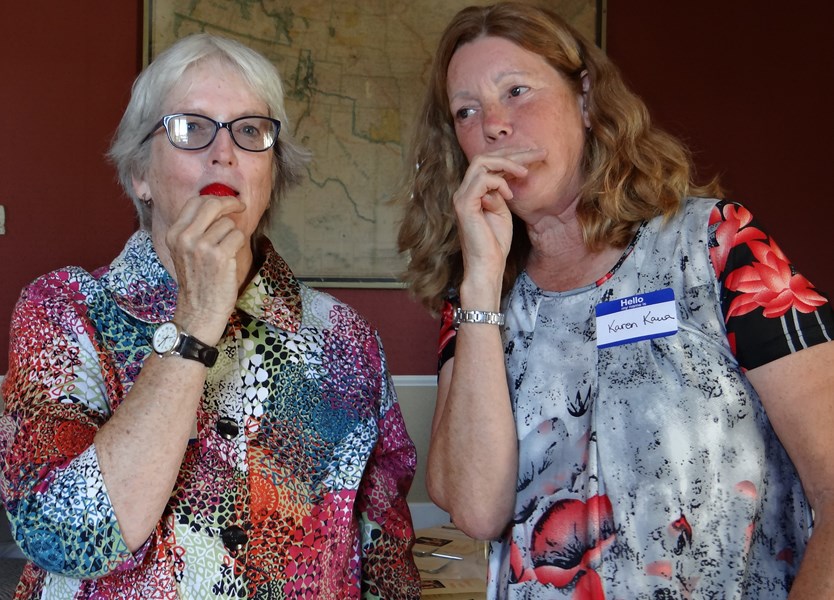 Elisa Garrin and Karen Kaua were tablemates and we talked a good bit about how un-engaged young people seem to be about voting and elections as though elections don't affect them. Many people no longer read a newspaper. Sound bites and Twitter, and other social media don't cover issues like a good editorial magazine and especially a newspaper. Even television news is often skewed by divisions over party unless you stick predominantly to PBS. 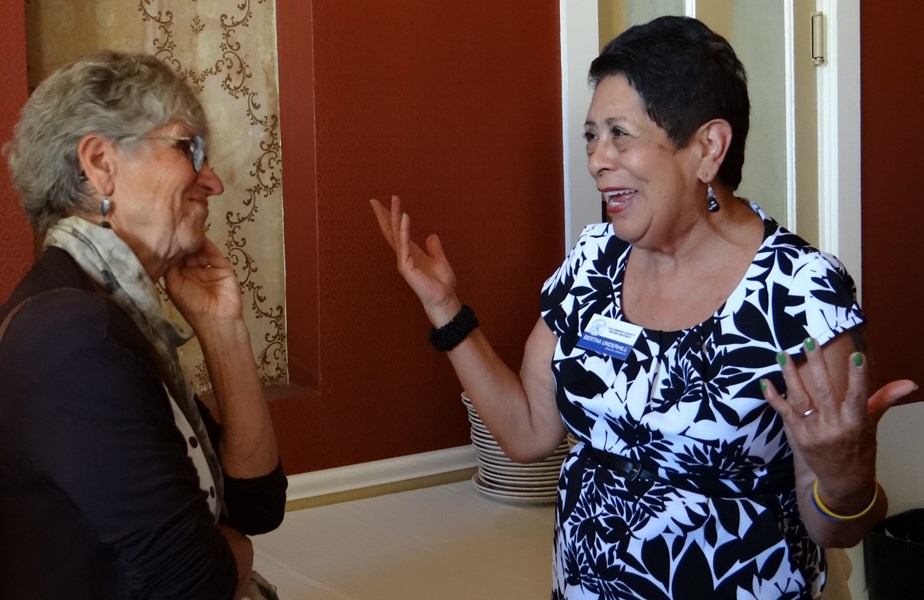 Holly Mines and Bertha Underhill, deep in conversation. I took a lot of random pictures of people I do not know. But, Bertha presented Betty Yee with a frog from our county and I missed the shot. The only picture I got of Betty Yee  is while she was mingling with the crowd. 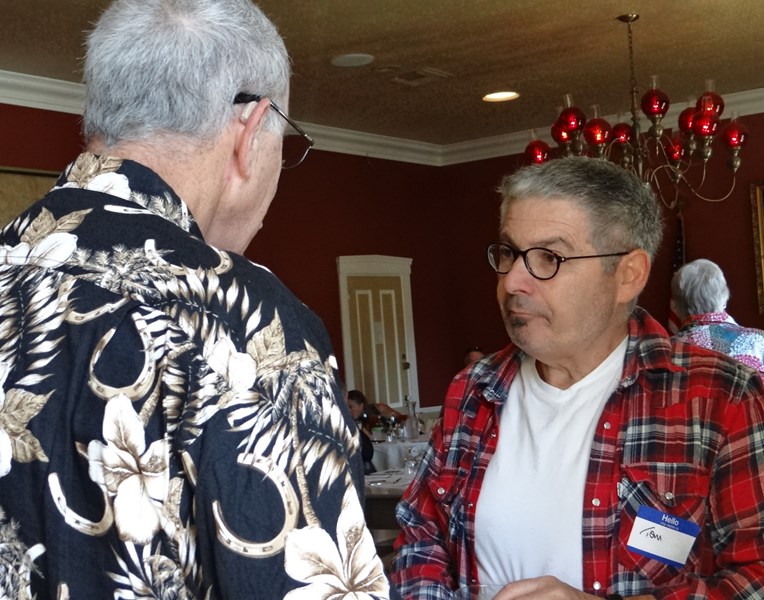 While I post pictures of those attending the brunch we shared at the Historic Murphys Hotel, I'd like to talk about what the office of the State Controller does for us. She reports on the financial state of the State and administers various taxes. Her office writes 28 million warrants (checks) per year. She audits spending to make sure our tax dollars are spent as the law intended. 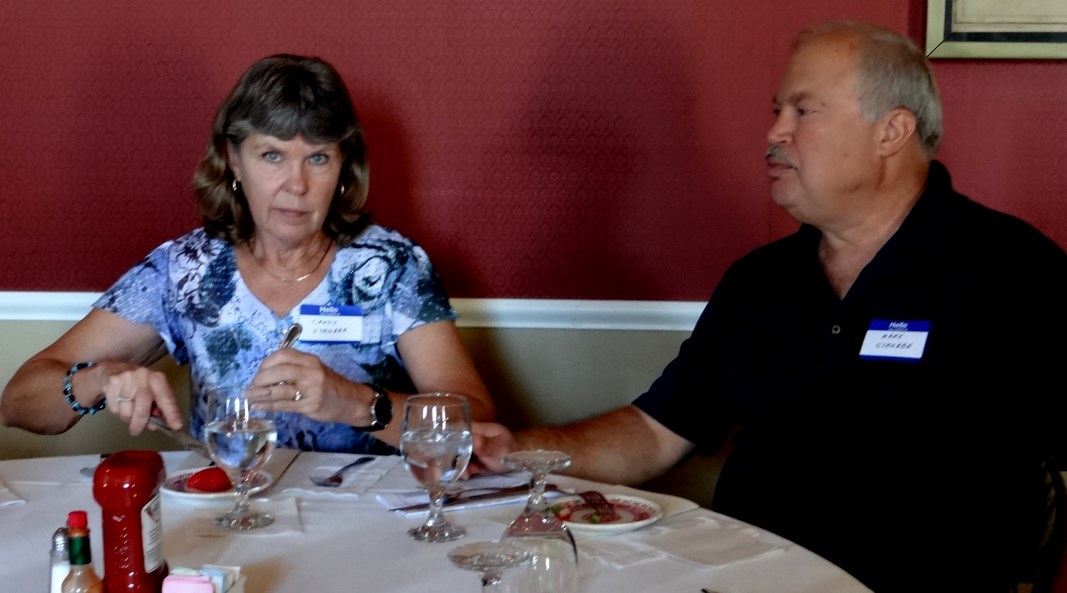 Another part of her duties is the State Personnel/Payroll for all state employees and the California State University system. 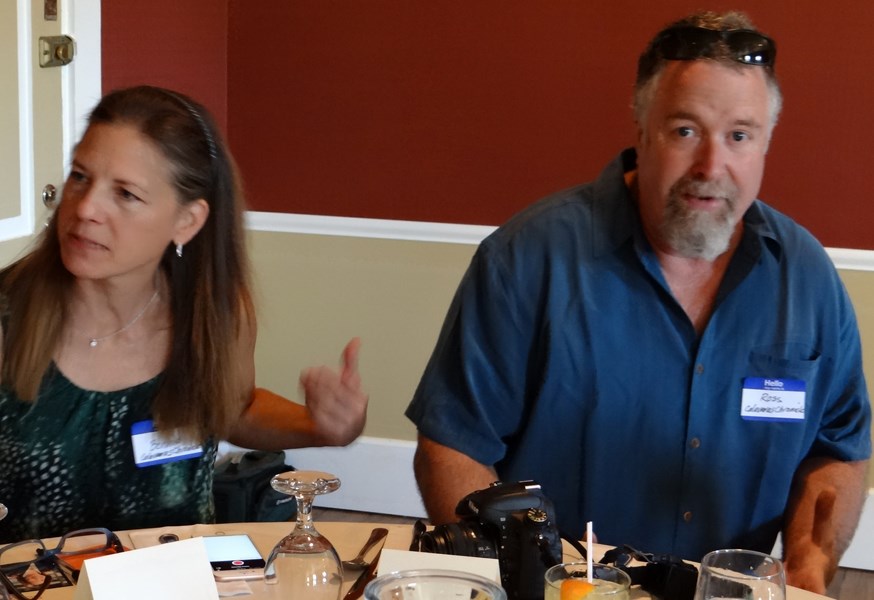 And, she manages two of the largest public pension funds in the nation. To keep her finger on the pulse of the state, she serves on 78 state commissions and boards. (Ross Alford, right, was the only member of the press at the meeting.)

This couple from Copperopolis are well informed. But, I was stunned to hear Betty say:  "Everyone likes to point out how much money tourism, the wine industry, agriculture and ranching bring into the county. But pension spending is the highest revenue generator in the county. Fifty-four million dollars comes from retiree pensions.

One question applicable to rural Calaveras and surrounding counties, is how can the state engage in helping people who have 20 dead beetle infested trees on their property and cannot afford 20 thousand dollars to have them removed? Her answer was a state tax credit to mitigate that unusual cost. She described a couple of ways it could be handled dependent upon situation or means.

Betty Yee was born and raised in San Franciso. Her parents were immigrants and raised 6 children. They struggled to provide for and educate their children. Betty, by the way, is the second highest ranking elected official to come to Murphys, since 1830 when Ulysses S. Grant came as President of the United States.  Interestingly, she ranks higher than the Governor of the State, or any senator or representative.

I thought that Betty Yee's  rank was an interesting observation, especially since I barely knew what the "controller" did.  I had to look it up.  (Kimberly Pratt-above.)

It is never too late to learn and I learned a lot from Betty Yee's visit. And, I'm inspired to become a bit more active in my community. As everyone knows, my major role in life seems to be "activist". So, I'd best act like it.

I love taking pictures of people, too.  (Rick Mines.)
Ciao!
Posted by Mary Matzek at 5:57 PM