I dropped some stuff off at a Thrift store, including a couple of packets of free Christmas cards that charities send you for a donation.  The attendant said to me, "We have so many cards. It is a shame, people don't send Christmas cards anymore. They use on-line cards. It's the young people. I miss real cards." I told her I like "real" cards, too but explained I don't send as many as I used to and I do the same on-line. Now, I'm ever more grateful I insanely kept every card that was ever sent to me, to my mother, and other family members. I picked up a box from 1992 and randomly looked through it. I found humorous cards depicting Santa as an ordinary guy with hobbies and a very "dad" like personality.

Love the sunglasses and guitar.

You would have never seen a Santa like this motorcycle dude in the 1950's or 60's.

Or an upscale golfer, then, either. Things have changed. Santa has hobbies and reflects everything we do. 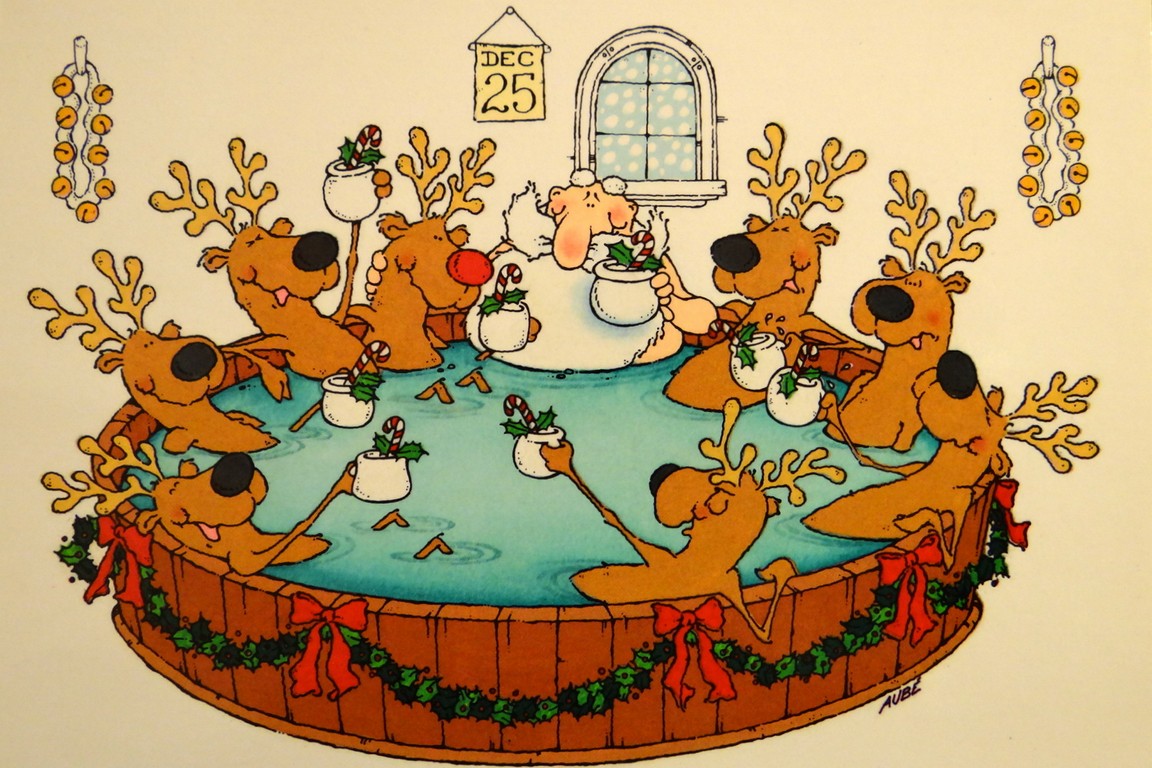 And, of course his reindeer are his best buddies 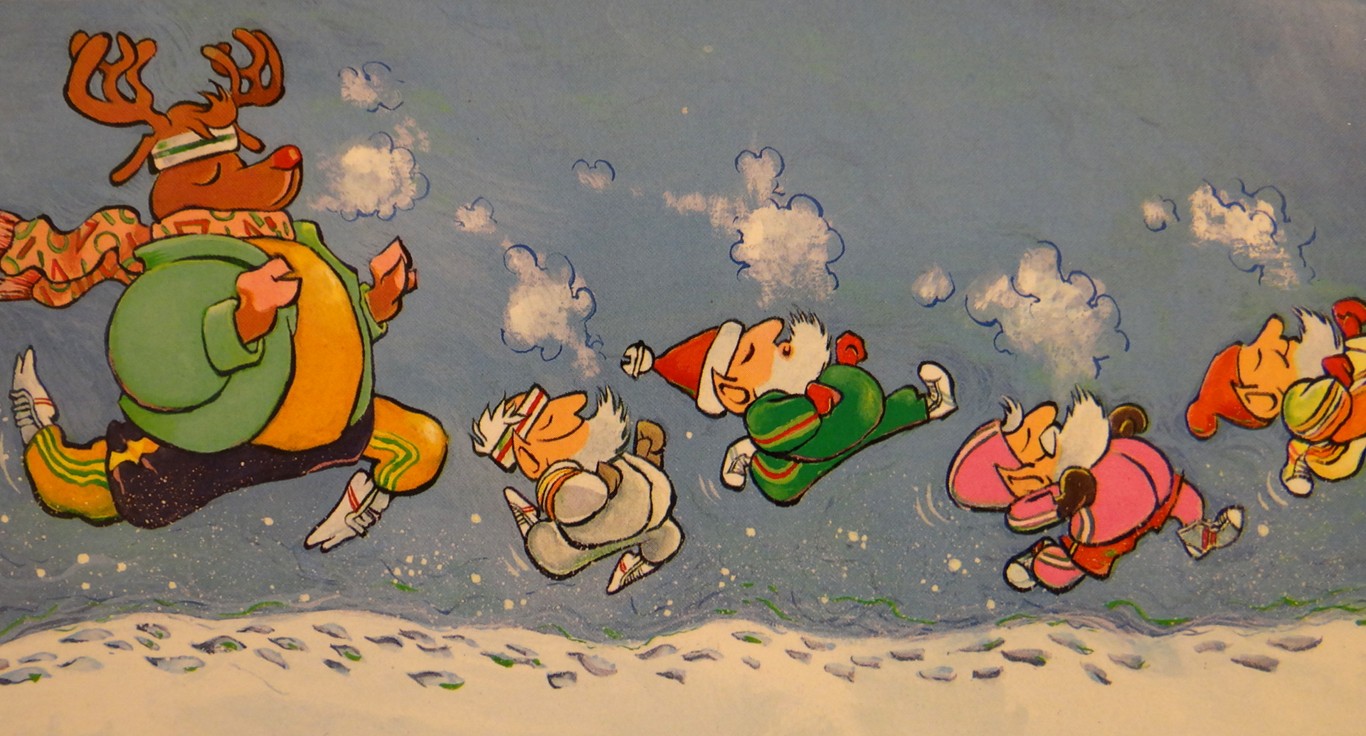 The whole gang jogs together, can't forget the elves. 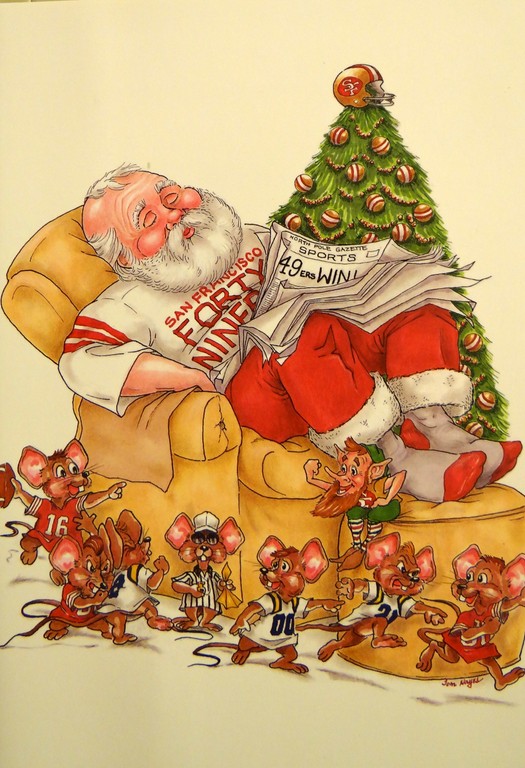 ...and settle in for a bit of football and a nap. Just like dad.

I couldn't resist including this rapper themed card. I thought, has rap music been around that long? I guess so. I'm remembering a Santa flying in a helicopter, using a taxi, and riding a train. Don't remember what year those cards came out. But, it is kind of fun to see Santa in personal pursuits after his job is done.  Tomorrow, I'll post some traditional cards from my collection.
Merry Christmas everyone.